A busy journey to Burton and our first brew

Hurrah!  No sign of rain on Monday so we managed to travel further than we have in a few days - though we still only managed about 7 miles!  If we keep up this pace we're not going to visit half the canals, rivers and places along the way that we'd planned!

Despite the dry weather, the wind was biting and the temperature can't have risen above 16 degrees all day, but I really must stop expecting anything warmer then I won't be disappointed!  I've been living away from England too long I think. 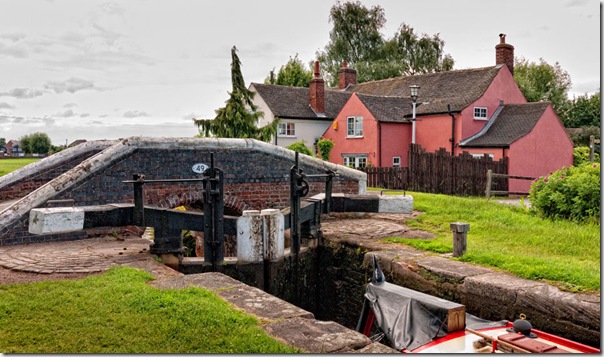 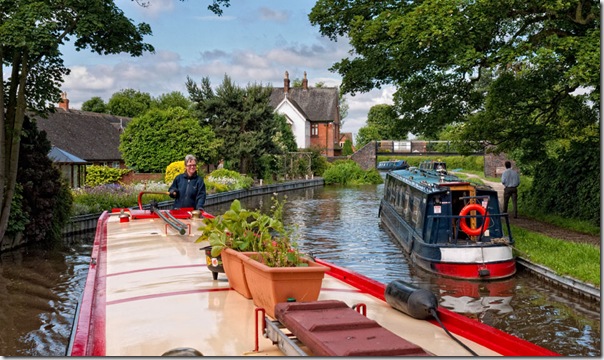 A bit of blue sky apparent - don't be deceived it was freezing! 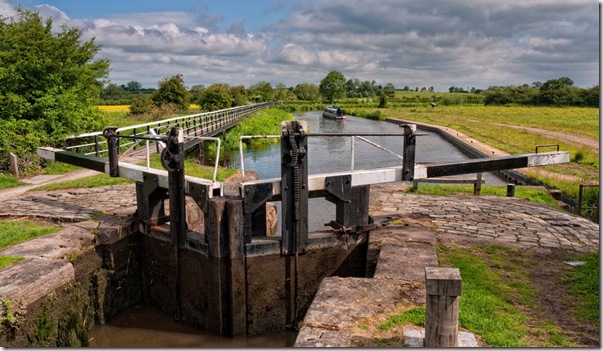 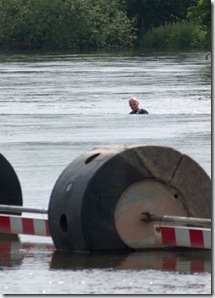 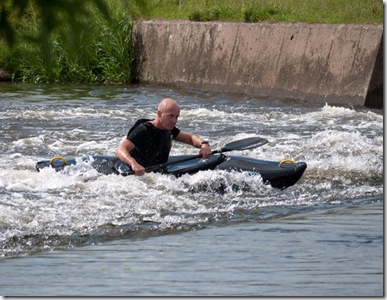 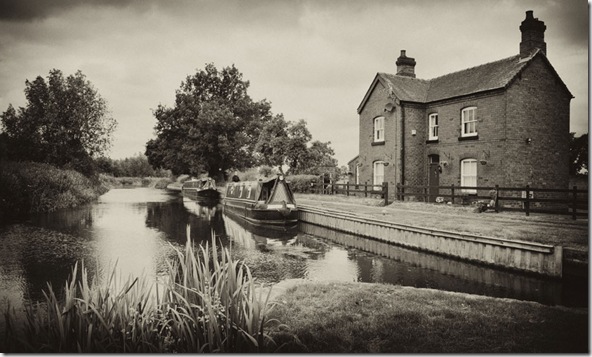 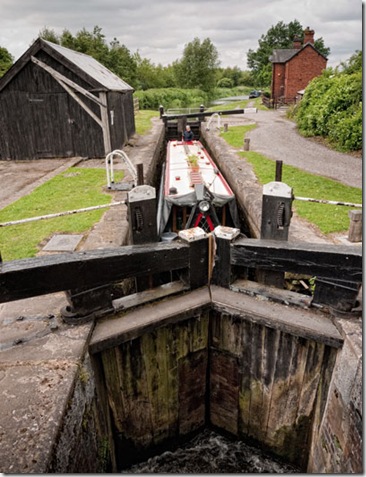 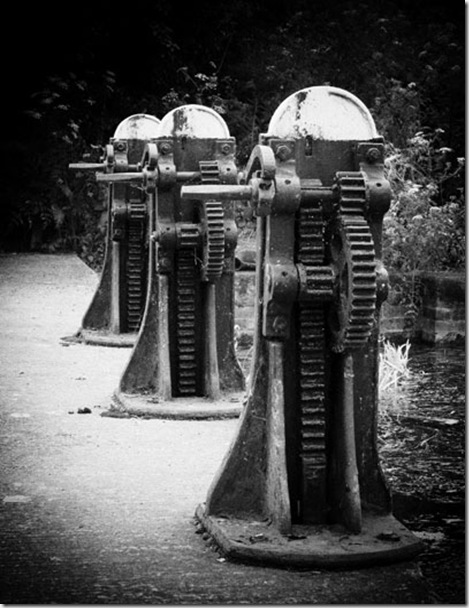 The Daleks are coming! - three picturesque paddles on the weir 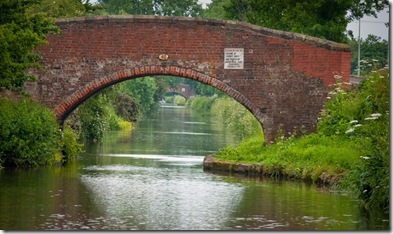 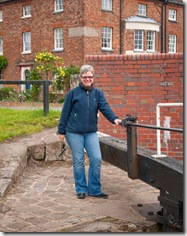 Long straight sections of canal running alongside the busy A38 (Ryknild Street, a Roman Road), interrupted by an occasional lock 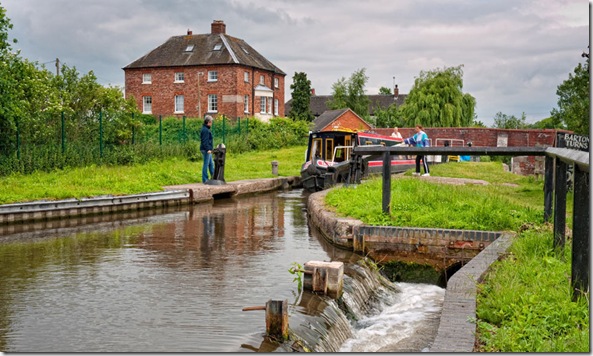 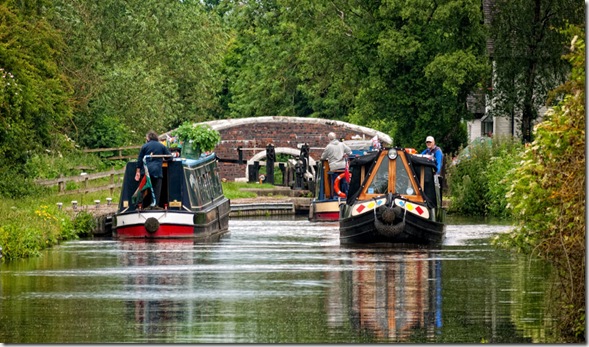 We had the odd queue though nothing too serious - the boater on the left's wife planted potatoes on the roof and says he now can't see where he's going!

A few shots of the comings and goings at Tatenhill Lock and cottage, just before Branston (where the pickle comes from!) ... 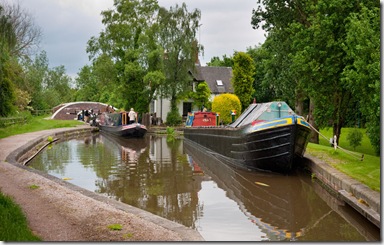 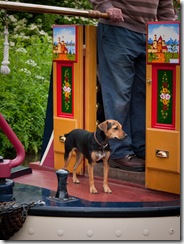 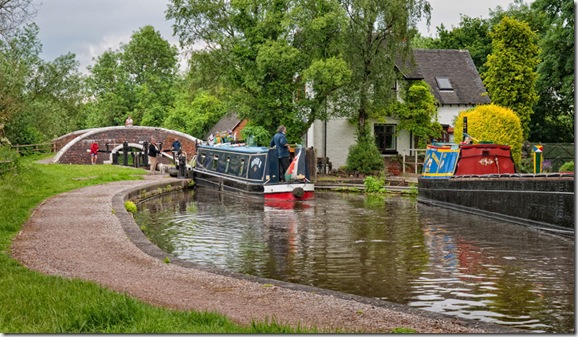 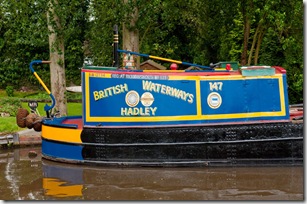 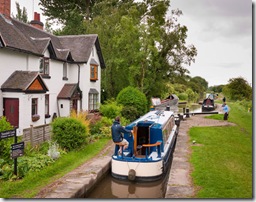 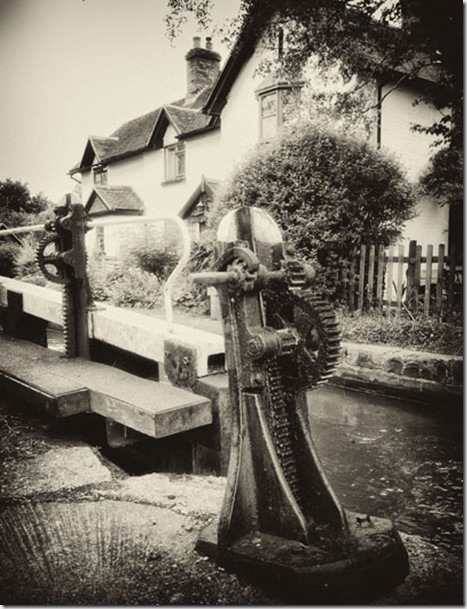 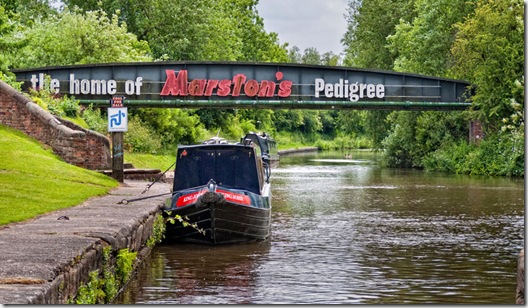 You know you're in Burton when ...

We stopped at Shobnall Marina for diesel and a gas bottle top-up - Barry added a few extra essential 'boat' bits from the chandlery including engine oil, fuel filter, drive shaft grease and a screw driver set. So much for curbing our spending!  But I suppose these are essential items, unlike eating and drinking out (though some may disagree!) 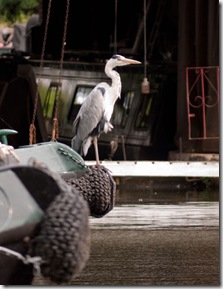 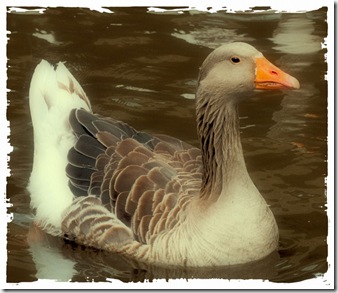 We moored for the night close to a 'Wacky Warehouse' pub whose patio is almost on the towpath - there's an outside TV which was showing the football last night and we're hoping it may have the New Zealand game on today at 1210hrs - if so we may just have to purchase a pint and watch it if we have time!  Can't be any worse than the England match on Saturday, or can it?

We didn't get to the Bass Museum last year so plan to make a trip there today - oh no!  More money to shell out!  Talking of brewing, we had the first brew of the trip ready to drink last night, so had a couple of civilised vodkas whilst watching a DVD of 'Midsomer Murders' - apparently filmed around Hambledon village on the middle Thames where, if we get a move on, we hope to visit sometime on this trip. 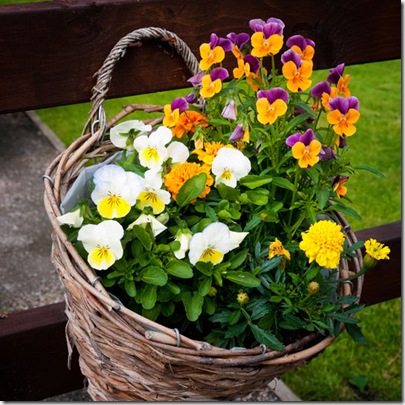