I've been pretty impressed by the changes in our lives this year since I commenced my 'Holistic Life Coaching' diploma with Life Coach Associates.  Barry hasn't had much paid employment since selling his business in September 2008, and despite applying for many jobs hadn't been getting anywhere.  I've been talking about leaving midwifery for years, and having given up a senior post and returned to 'the shop floor' in 2010, have been investigating other opportunities.

Well 'the law of attraction' has certainly been working for us, and I've heard and seen other peoples experiences too, both positive and  negative.  Basically, what you give energy to grows and expands, so if you think you're going to have a bad day, guess what?  You're right!  Obviously the converse is also true - at the end of the day the choice is yours.

Life for us is pretty special right now, and we'd like to share with you some of the reasons why:

Away from our influence is the other amazing and exciting event to come this weekend - the Rugby World Cup Final!  You can feel the pride and joy of a nation everywhere as those magnificent All Blacks saw off our biggest rivals the Australians last weekend - and didn't they play well?  They have such a presence on the field and the Haka sends shivers down my spine every time, they also have what most other teams don't have - an awesome team spirit.  Richie McCaw is one of the best leaders I know; he's pretty gorgeous too (and Barry knows I think that so it must be ok, lol!).  We'll be watching the game at the Waiohika Estate Winery for Gisborne's Food and Wine Festival, and the weather seems to have just turned into summer so it promises to be a fabulous day.  Just in case the French win, I've put a $20 bet on them to win so that I shall be happy either way - problem is that I foolishly left it too late.  Earlier in the week the odds on them winning were 26:1, today they're only 6:1 - I should've grasped the opportunity when it arose, another lesson learnt.

Ah well, GO THE ALL BLACKS!!  It will be priceless if they win, and there'll be a few photos of the celebrations on the next blog ...

A few of my favourite things, and a disappearing Barry…

For numerous reasons, but mostly time constraints, I’ve chosen not to follow through on our proposal to write a blog about ten of our favourite places from our 2010 journeys on the waterways of Britain.  We’ve taken so long to just get up to date with the blog that I feel it’s time we made a commitment to write more regularly, and as much as possible in ‘real time’. - well, apart from a few snaps from our trip to Sydney on the return journey to New Zealand last November!

Our mini-break for my birthday at the end of September was lovely and relaxing; we were even blessed with so much sunshine that I got sunburnt.  Most people’s daily lives these days have been taken over by technology, ours included, so it was wonderful to have a couple of days where we didn’t have access to the internet or mobile phones.

Mahia peninsula is just less than an hour's drive from Gisborne, and is one of my most favourite places.  Check out these photos and you'll see why ... 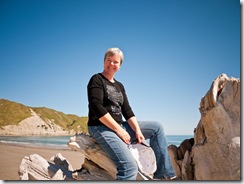 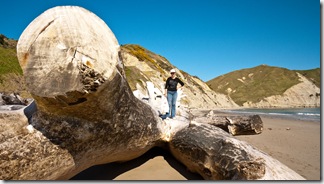 Our picnic table on Taylors Beach, a 2 minute walk from where we were staying 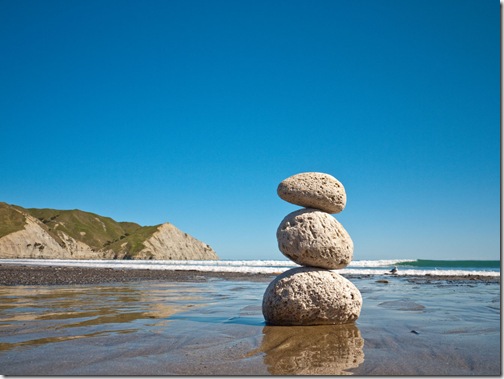 An optical illusion, or some rather large pumice stones? 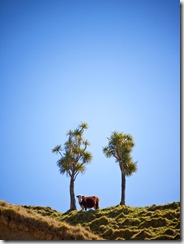 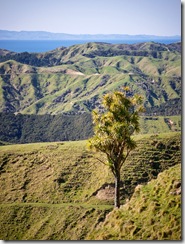 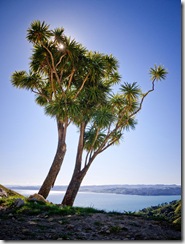 A collage of cabbage trees 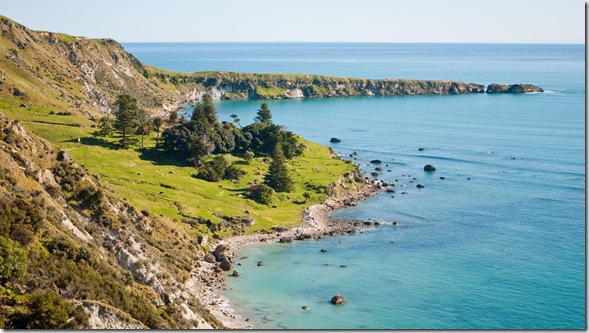 Somewhere amongst the trees down there are two homes 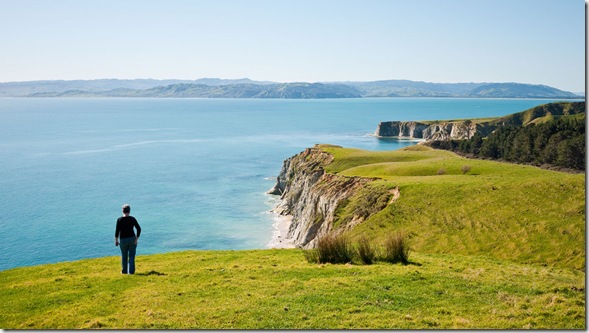 How about that for a view? 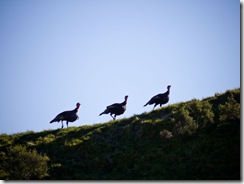 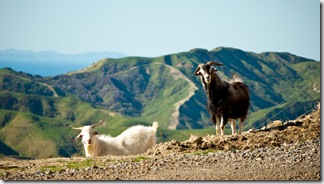 An abundance of wildlife - turkeys and goats check us out ... 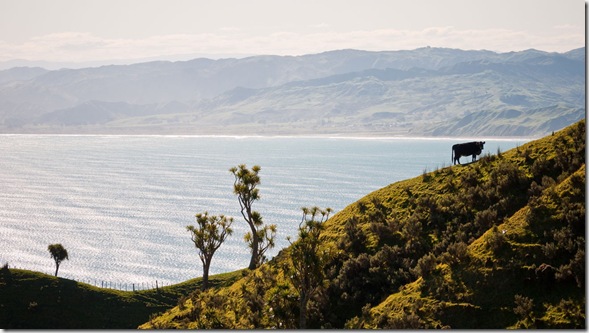 ... and the odd curious cow 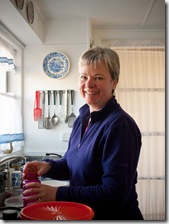 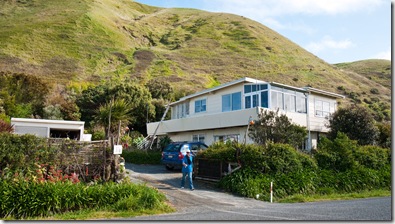 Packing up the picnic and leaving the beach bach (short for the 'bachelor pad' of old, New Zealanders are renowned for their bach's at the beach) 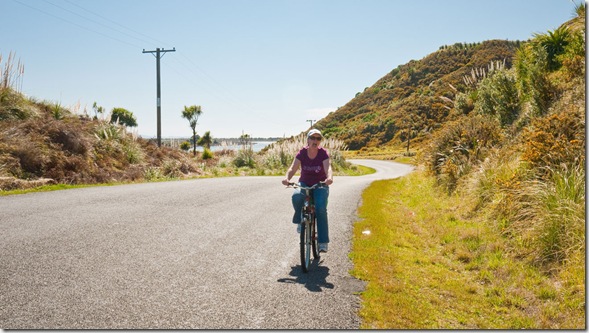 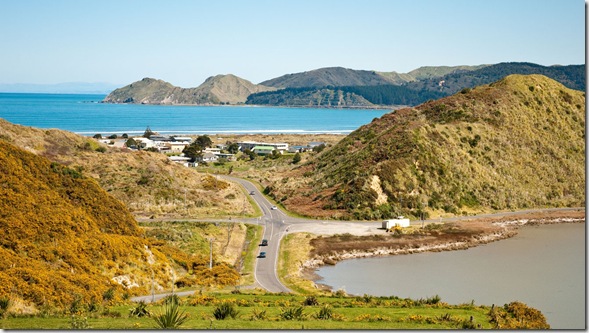 The spectacular view from some sections of land for sale 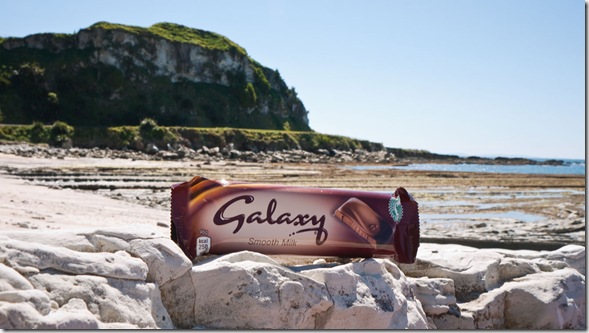 Scrummy Galaxy chocolate from Lisa for my birthday - a real treat, they don't sell it in NZ! 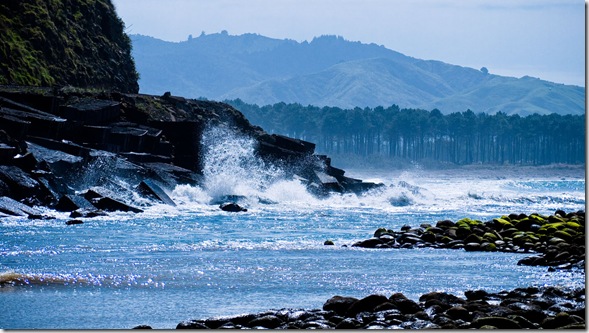 Although it's fabulous to escape the 21st century occasionally, I’ve recently ordered one of the new, 6” Kindles from Amazon for a xmas present to myself.  I’m having it delivered to my parents address in Worcester, and won't get to play with it until we come in March 2012.  I love my books and have a bookcase full – though not as full as it used to be as I’ve recently sorted through and am selling or giving some away.  Barry has yet to make a start on his vast collection!  The Kindle I’ve bought holds up to 1,500 books, which I thought sounds as many as I would ever need.

On Sunday, Barry gave away his New Zealand boat, ‘The Final Cut’, which hasn’t seen water (apart from rain) since I met him almost six years ago!  It was going to be sold when we moved here in 2008, until we realised that there was so much parking space at the house we bought together, that it could come with us - so it’s been sitting at the bottom of the garden ever since.  Now it’s in new hands, they may even find the time to do it up and get it back into the water – just the beginning of us downsizing our ‘stuff’ in preparation for returning to UK around February 2013.

We were sad to see that Paul and Elaine didn’t achieve the price they were hoping for at their house auction recently, and hope that it’s just a minor glitch in their dream.  How frustrating to have sold your house once and now look likely to have to sell it for a lot less than someone was willing to pay for it just a few months ago.   Who knows what the market will be like in New Zealand this time next year, but there’s no point dwelling on ‘what might be’, “what you give energy to grows and expands" is one of my Life Coaching mantras, so I’m putting it out there that our home will sell for a good price towards the end of 2012 so we can return to the cut.

The All Blacks remain in the Rugby World Cup, thank goodness!  At the end of the first half I was wondering if they were going to go the same way as Ireland and England!  Barry and I are going to be at the Gisborne Food and Wine Festival on Sunday 23 October, and we'll be watching the final on the big screen in the open air.  Fingers crossed for fine weather and the kiwi boys, though Barry's said all along that Australia are going to win, so it's maybe more likely to be an Australian/France final.  We shall see … 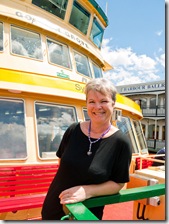 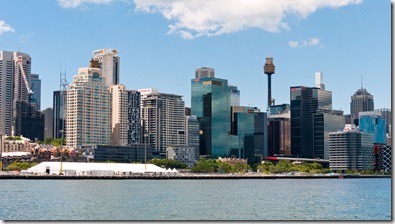 New development Ceinwen, Peter's daughters' mother, is overseeing is in the foreground 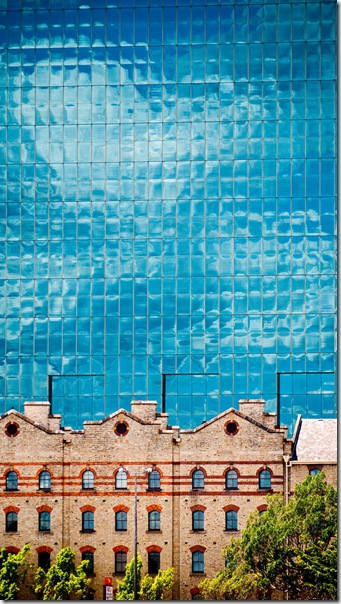 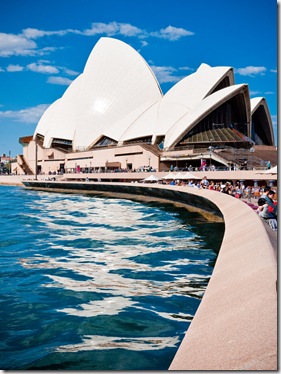 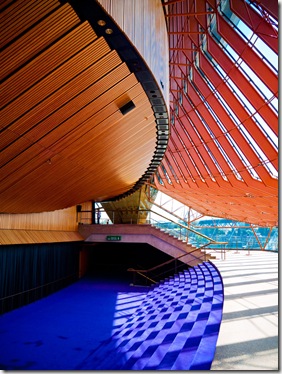 A very fascinating tour of the Opera House 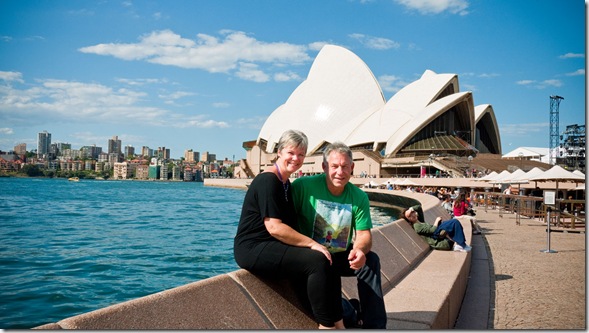 A rare picture of the two of us 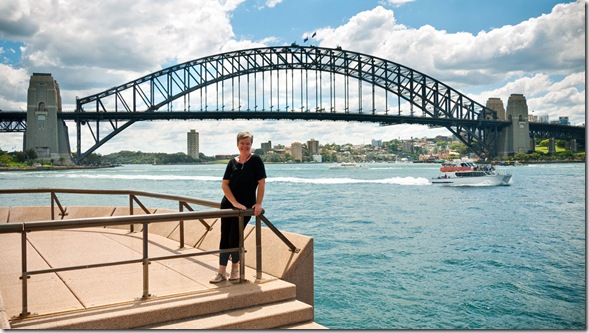 The Harbour Bridge is pretty spectacular isn't it? 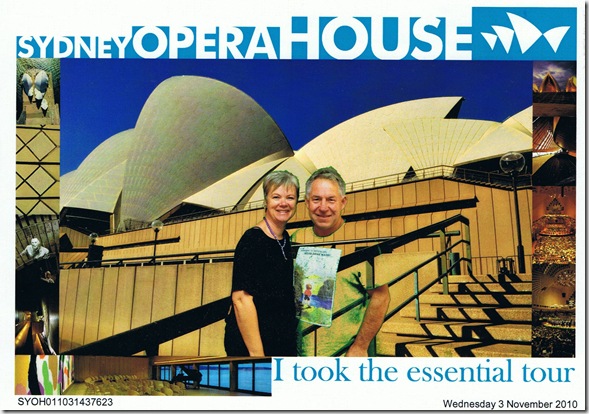 Barry's green t-shirt faded into the background of the green cloth that the photographer used! 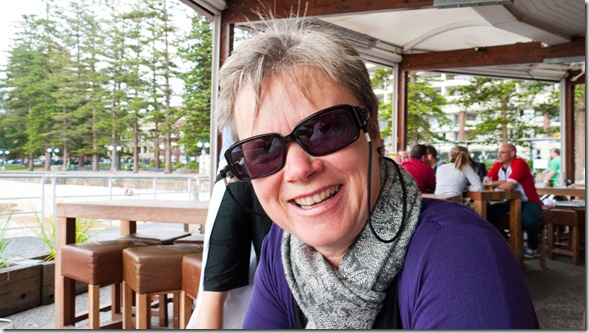 Meeting up with Paul, from 'Nb The Manly Ferry' for a drink in Manly 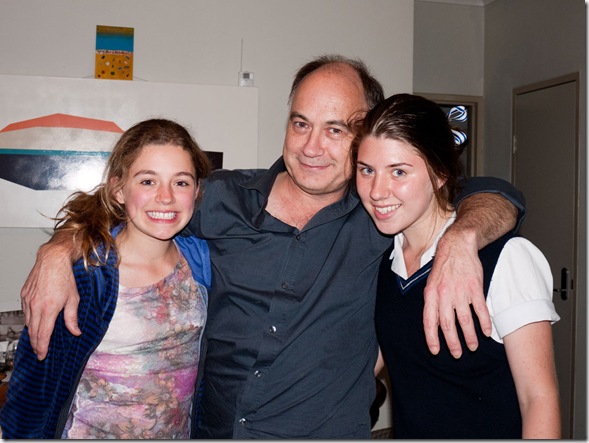