There and back in a flash - now the countdown really begins!

Twenty days in England spending precious time with my family just weren't enough, but we certainly made the most of every moment and Barry even managed to fit in a couple more river and canal fixes in our last week there ... 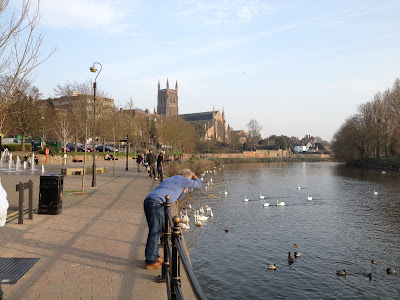 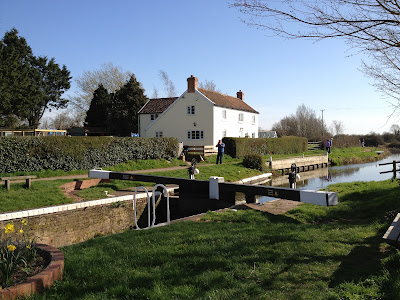 Barry captures Maunsel Lock on The Bridgewater and Taunton Canal

Our last weekend in the country was spent with 33 members of the extended Walsh family at Northmoor House near Dulverton in Devon, and on the way we spotted a sign for a canal centre - actually I suspect Barry had already been aware it was around and had just been waiting to find directions!  It was such an idyllic spot; Maunsel Lock is on the 14.5 mile long Bridgewater and Taunton canal, completed in 1827 to link the River Tone at Taunton to the River Parrett south of Bridgewater.

After a wonderful weekend with hot and sunny weather (the great grandchildren were even in a paddling pool!), we arrived back in Gisborne last Friday after a long flight and then a drive from Auckland over a couple of days as the Waioeka Gorge had opened on the Thursday, but only during daytime hours.  Since returning to 'sunny' Gisborne, it hasn't stopped raining!  And to think that there's a drought in England, there's definitely something not right about this ...

So now the countdown to our return to the waterways is really on, so much to do to get the house ready to sell and de-clutter our possessions, as well as the application process for Barry's residency visa - exciting times!!

Unsurprisingly, Barry took many photos while we were away, but I'm not sure when he'll find the time to post any - watch this space, he may surprise me!
Posted by Barry and Sandra No comments: