We've been delving into virgin territory, for us, these past few days. Having navigated around 2,000 miles of the Inland Waterway system in 2009 and 2010, there's not that many routes we haven't done at least once!

The staircase locks in Chester are one of them.

Approaching the locks was interesting as there's work in progress on the towpath, making it inaccessible until just before the top gate. It also meant that once I was off the boat I couldn't read the instructions - which wasn't terribly helpful! So I walked down the staircase, checked there were no other boats ascending or wanting to, and figured the principle must be like other staircase locks we've experienced. 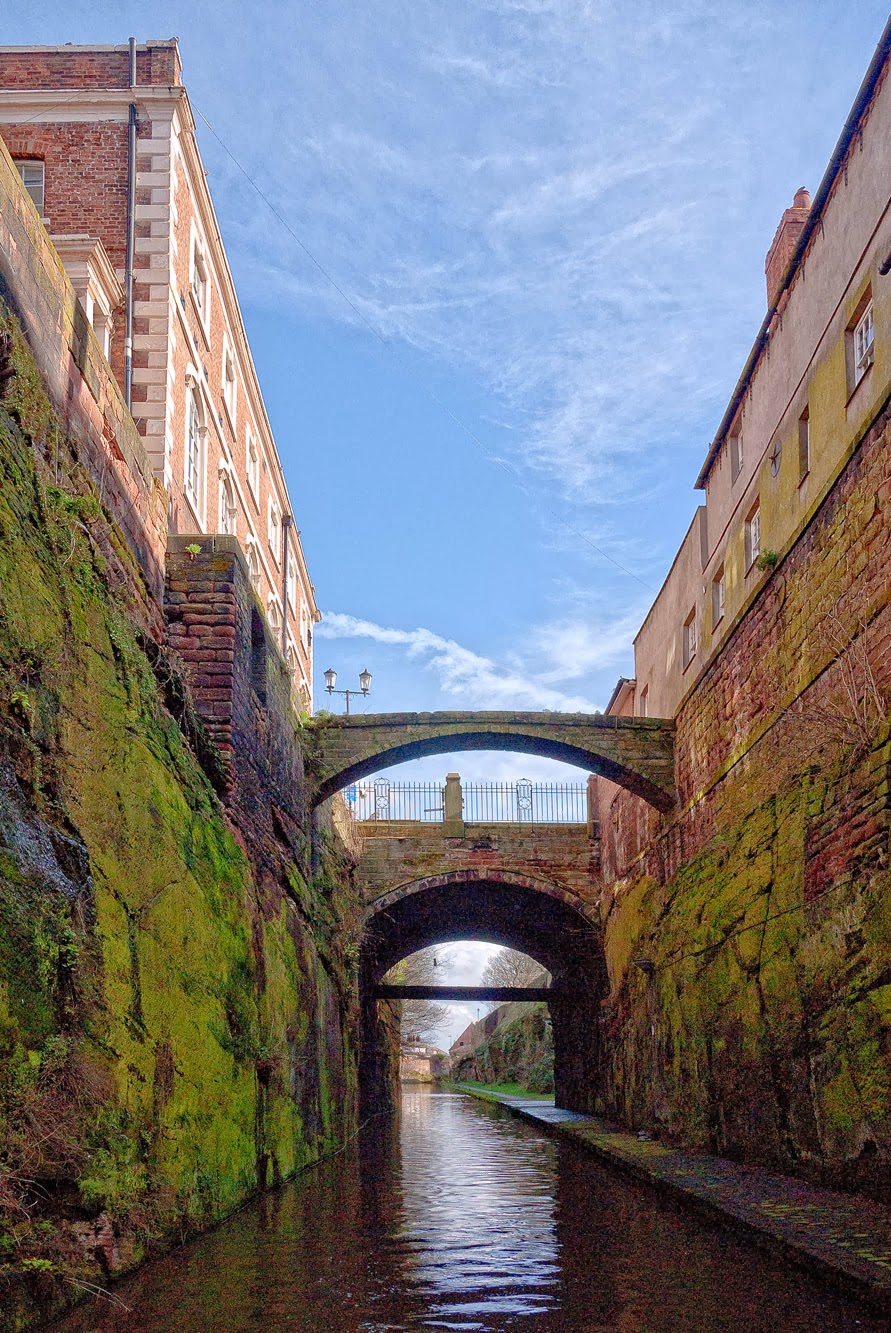 Approaching the locks, skimming past the Chester Wall - the bridge in the foreground is where the condemned made their final walk before being executed 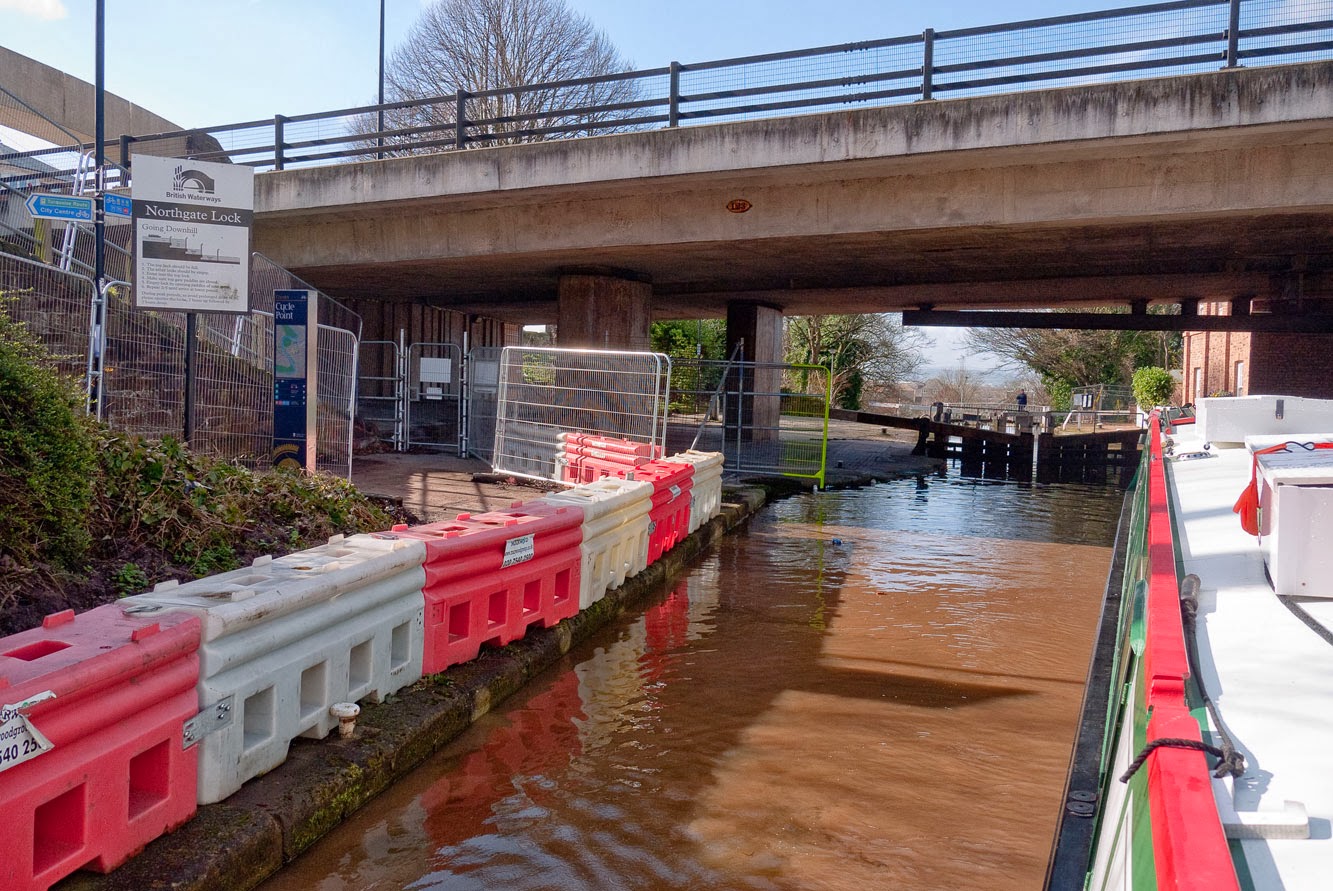 The first one needs to be full of water, the next two empty. Check.

In fact, the second one was so devoid of water you could see the bottom of the lock, which was a little unnerving - you wouldn't want that to happen with the boat inside!

But all was fine. Barry cruised in smoothly, jumped out and took a few photos, then disappeared into the depths! 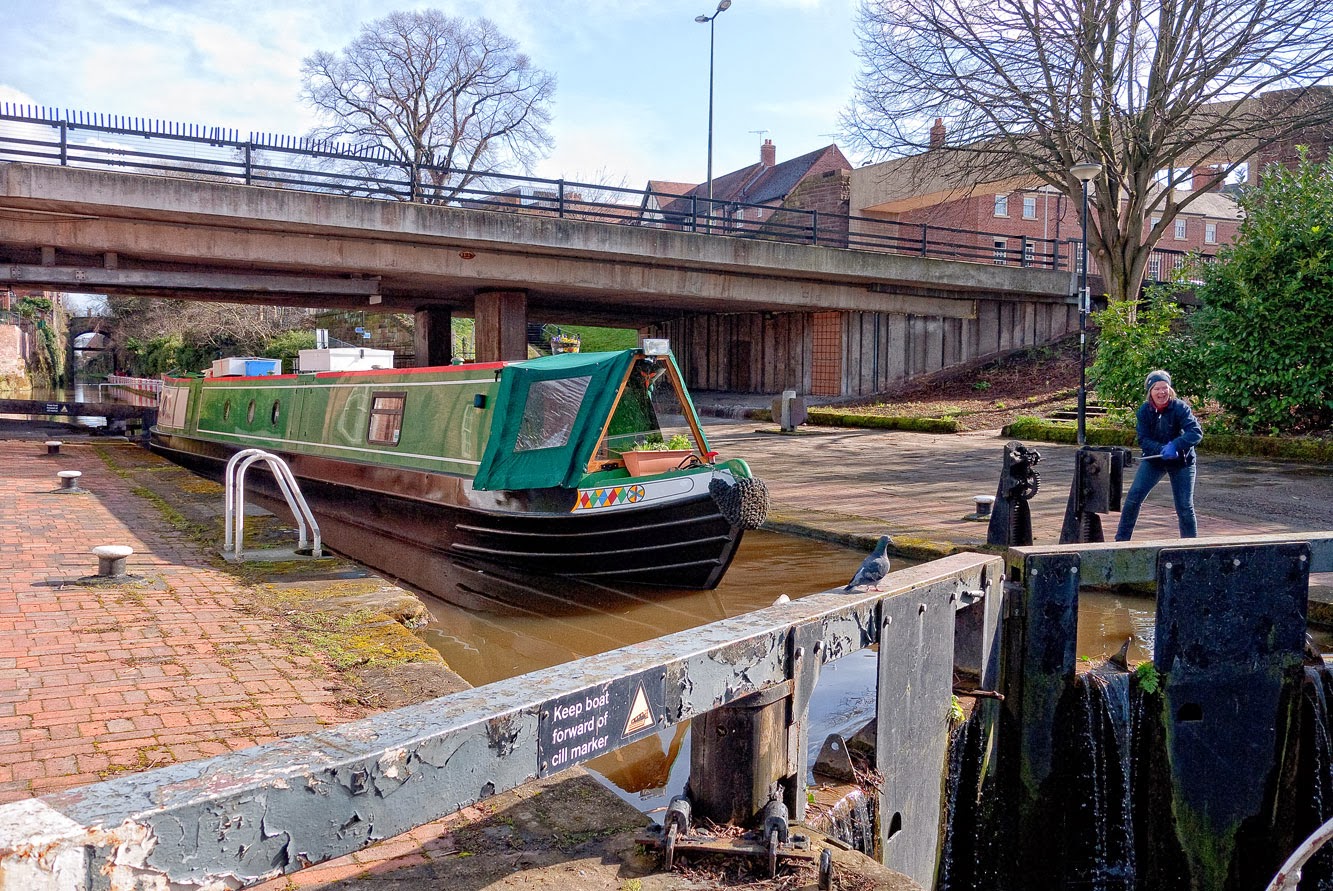 People often comment that it's generally women doing the 'hard' work of the lock paddles, with the men getting the 'easy' job of driving the boat. Whilst they have a point, in general I think women would rather be getting the exercise and not stuck in a dark, dank hole twiddling their thumbs!

Barry and I do share the doing or driving of locks, but admittedly he does more of the latter than me. And it works fine.

The paddles were rather stiff, and the gates heavy, so it was an excellent upper body workout! Barry and I are currently on the 5:2 'Fast' diet, entailing eating only a quarter of our usual calories on two days of the week. We both need to shift a bit of weight, and the deciding factor is the possibility of living longer and with less health problems by intermittent fasting.

And Monday just happened to be one of the '2' days! So rather than seeing it as hard work, it gave me a sense of accomplishment that I was getting lots of fresh air AND exercise.

On a clear day, the view from the locks is magnificent, with the Welsh mountains in the skyline. Chester is such a fine city, we've loved being here in the north west of England. 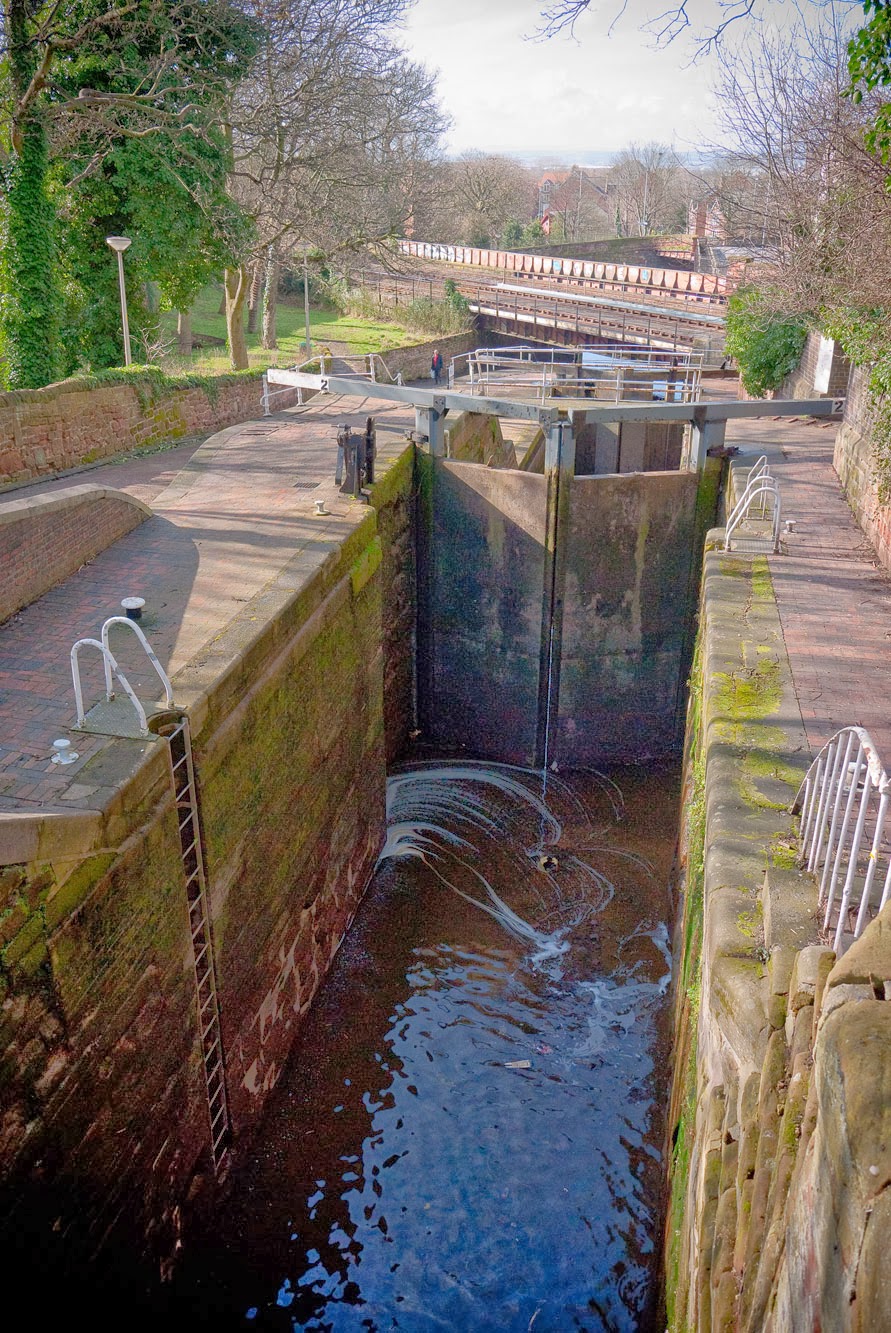 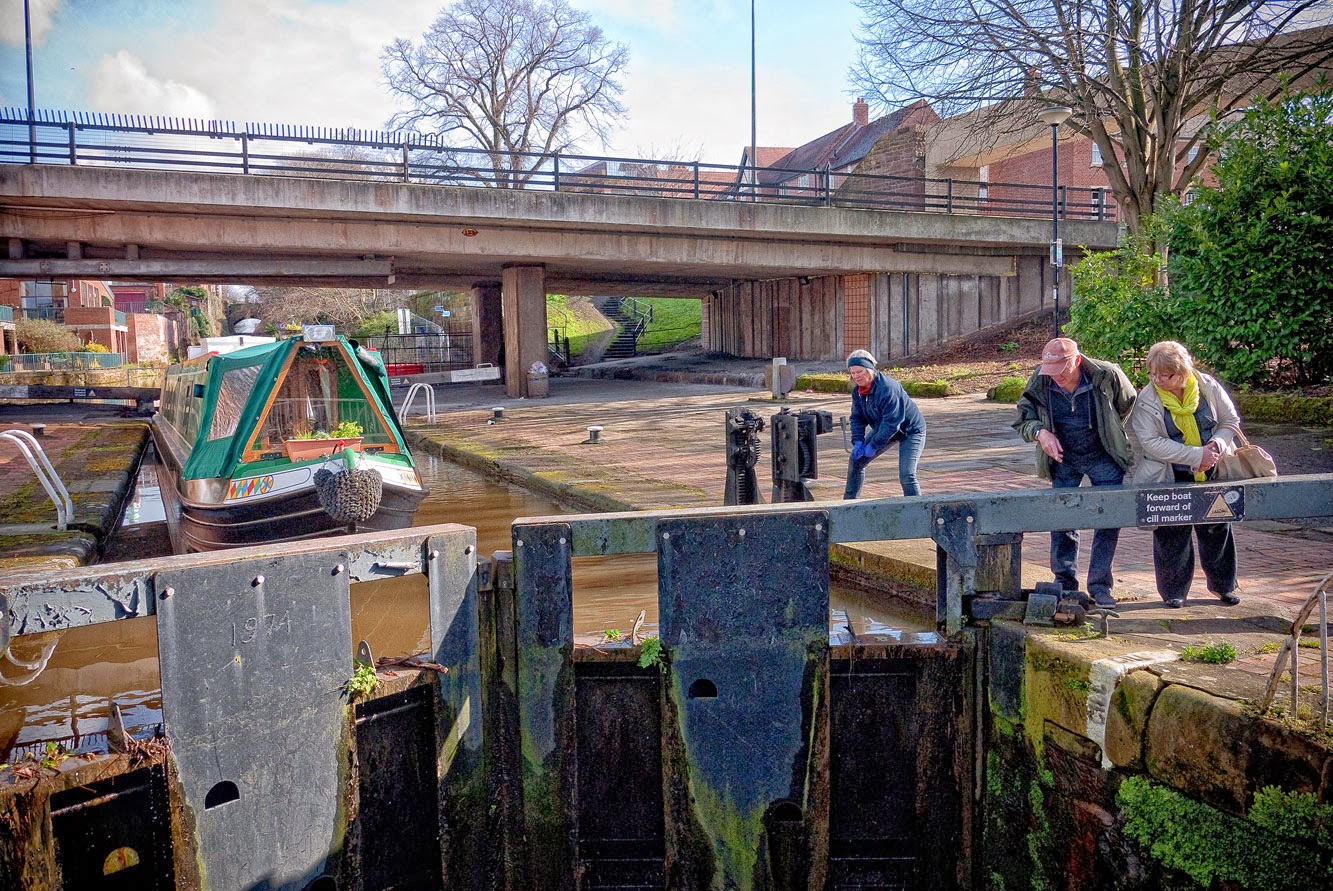 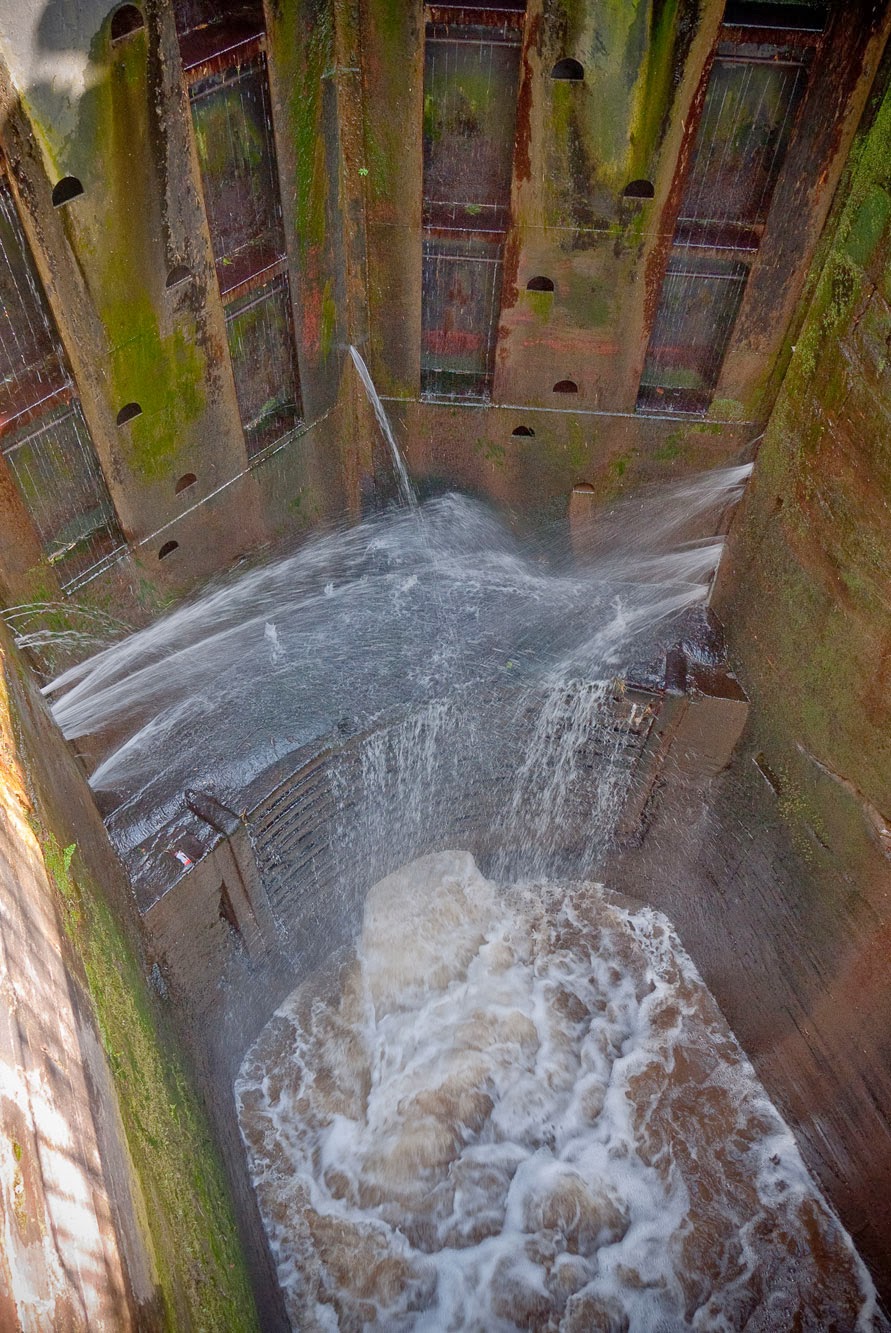 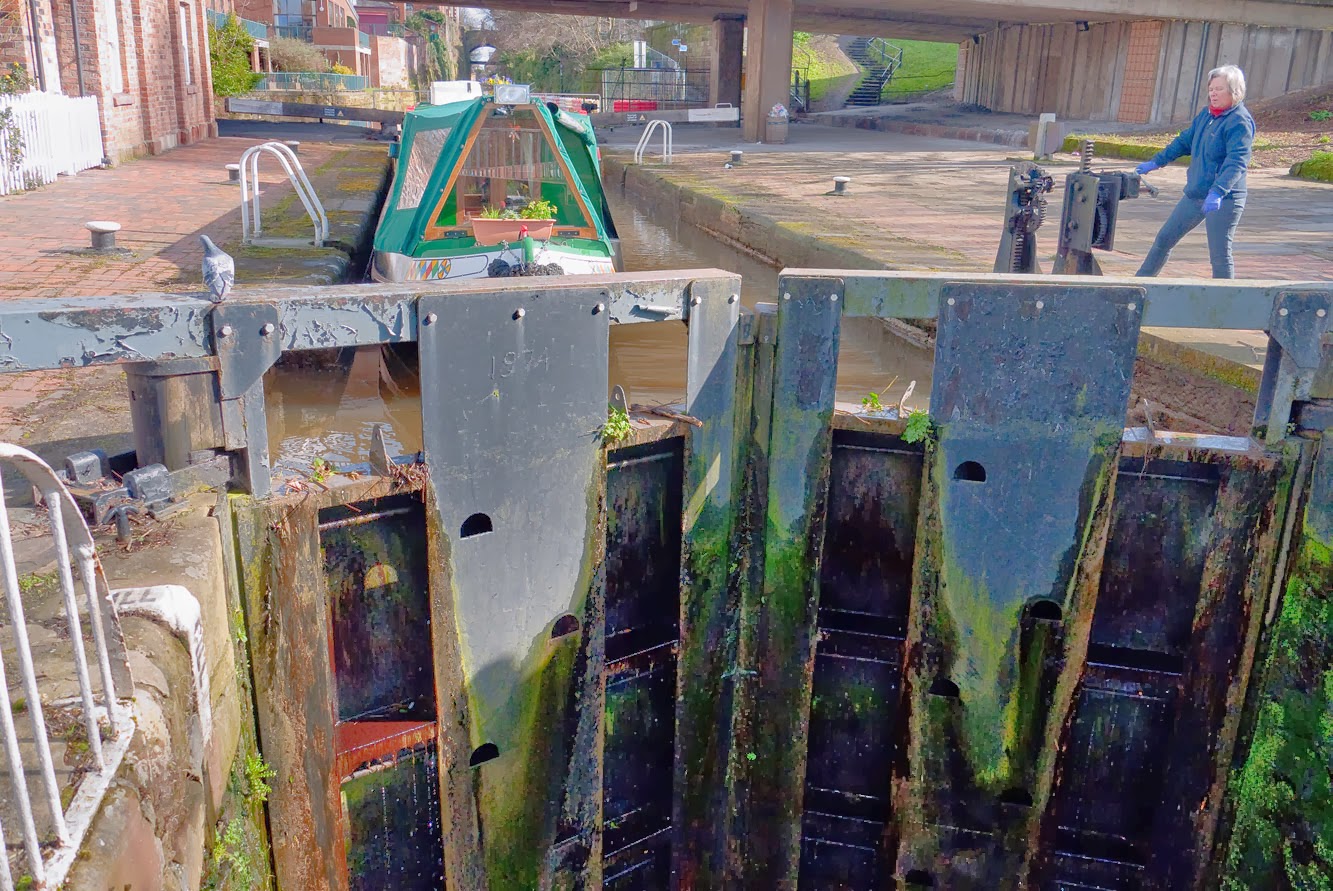 Get back onto the boat now Barry, she's going down ... 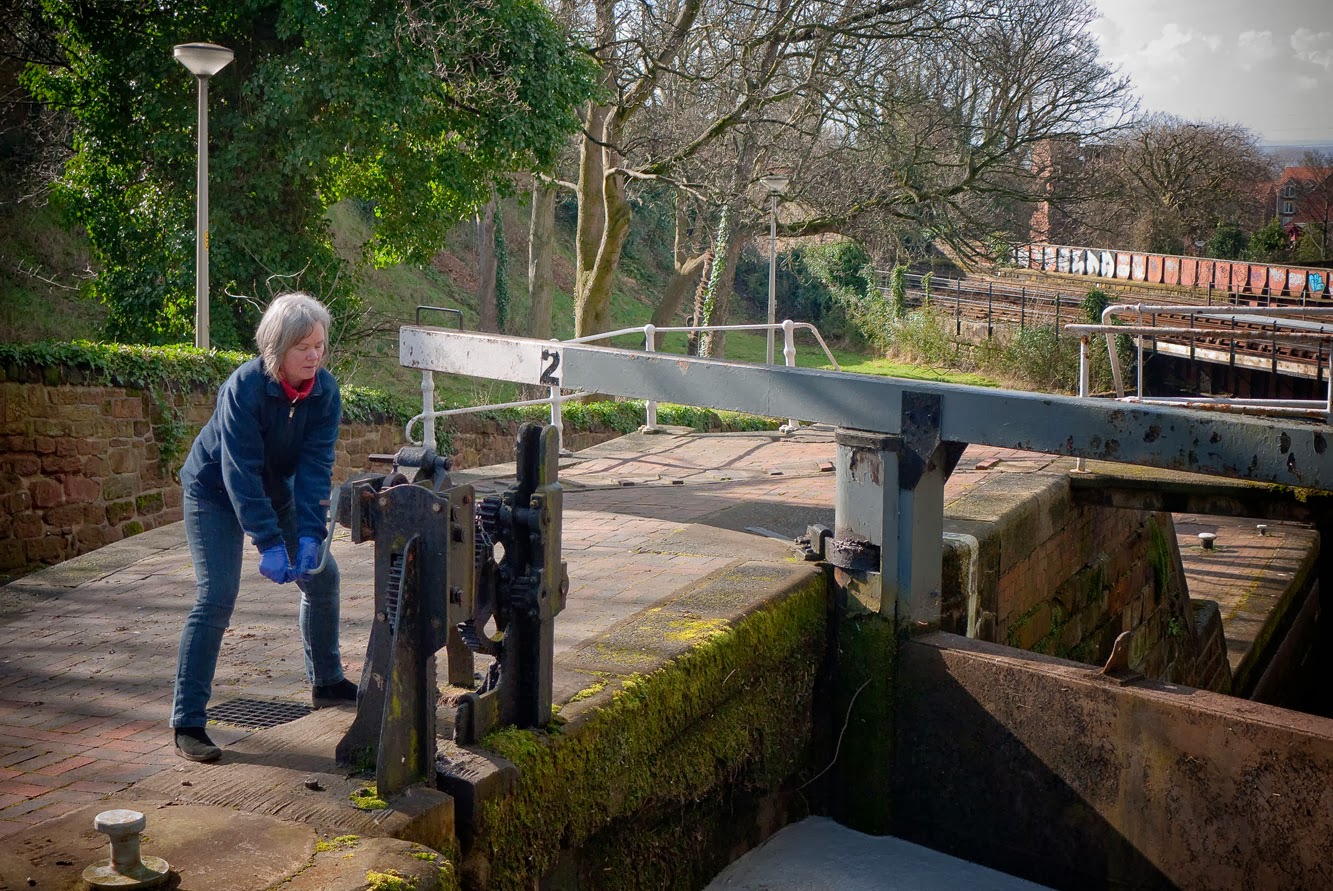 Into the second lock ... 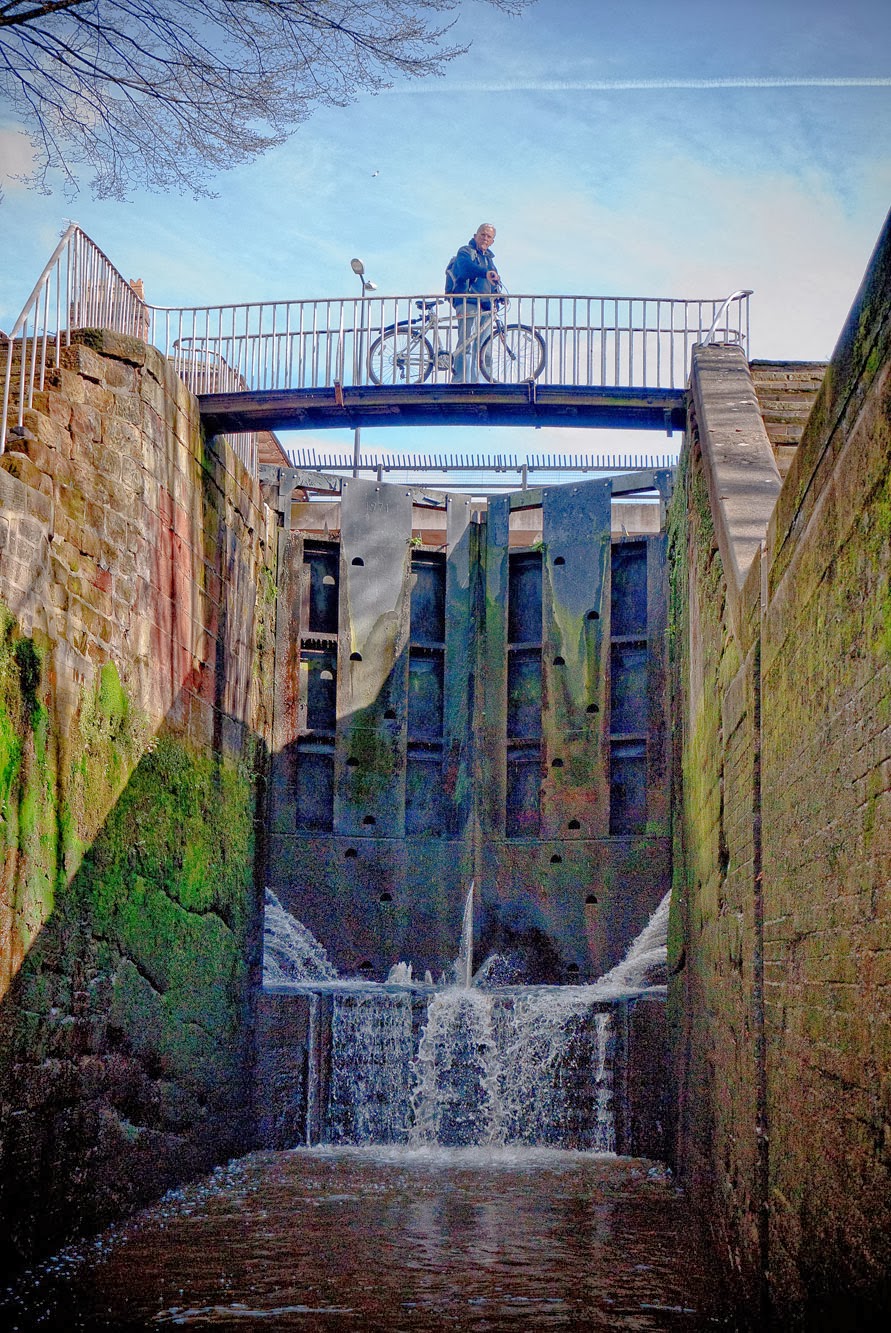 All done - hello up there!

We moored for the night opposite the historic Taylor's Boatyard - one of the oldest complete working side yards in the UK, dating right back to 1845. The 48 hour moorings before the boatyard appeared to be inhabited by a number of boats looking most unlike temporary visitors! It'll be interesting to see if the same ones are there when we return - about 72 hours after passing through.

Monday was a fairly balmy evening, with the spring sunlight dancing happily on the water and surrounding buildings, so Barry and I strolled around the area, then sat peacefully on a bench for a while, making the most of experiencing the changing season. 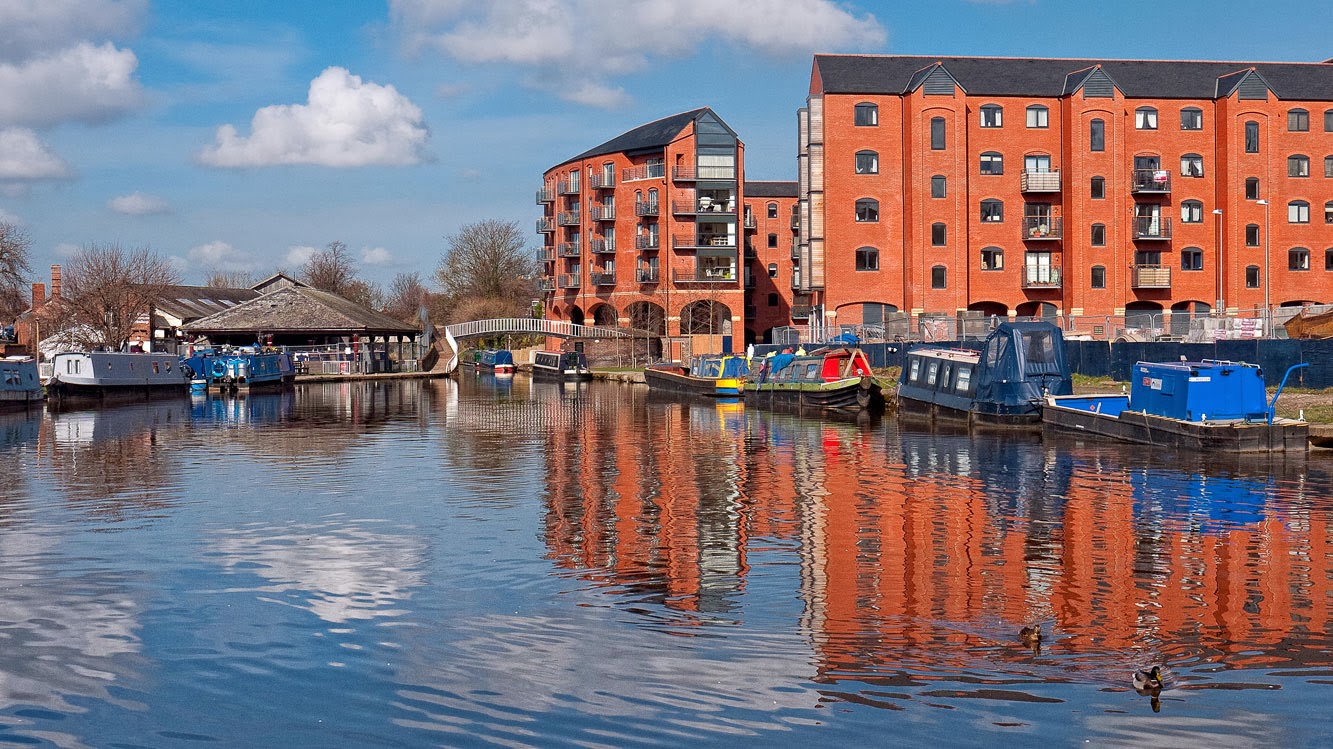 Some rather nice new developments in the basin 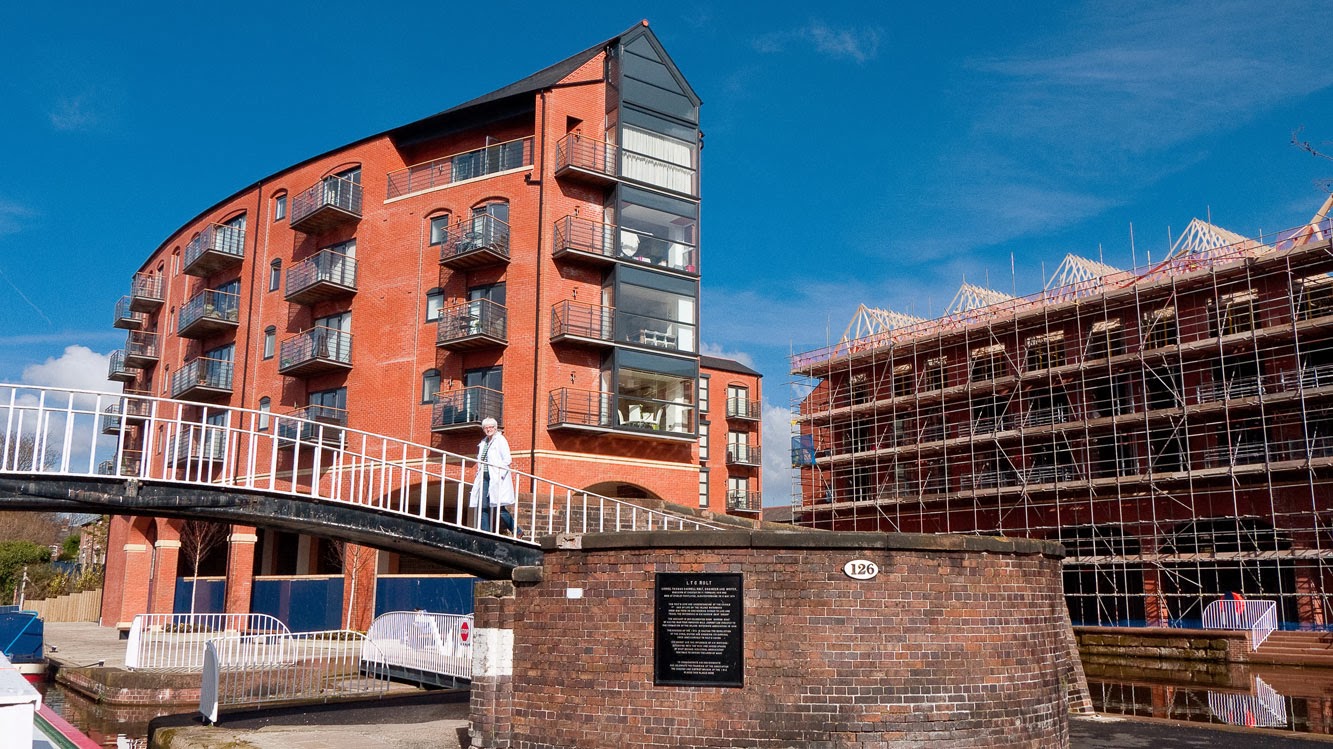 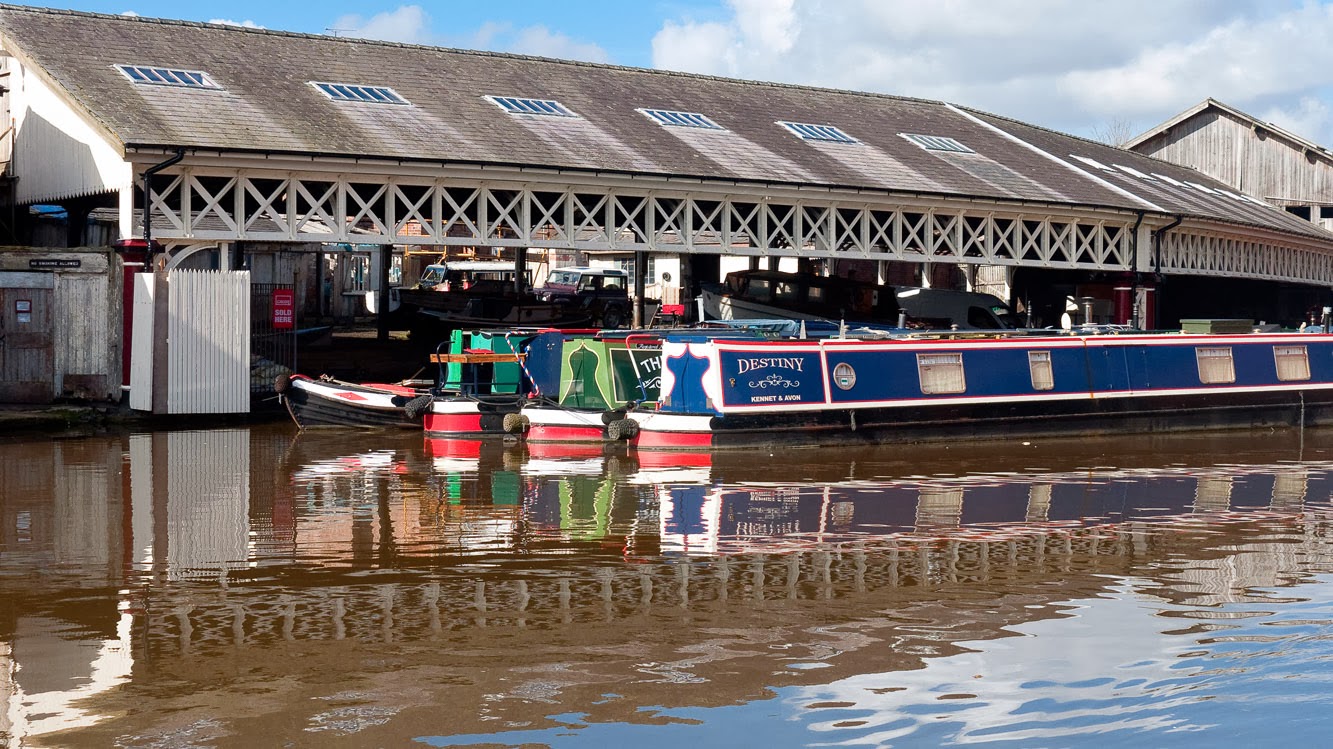 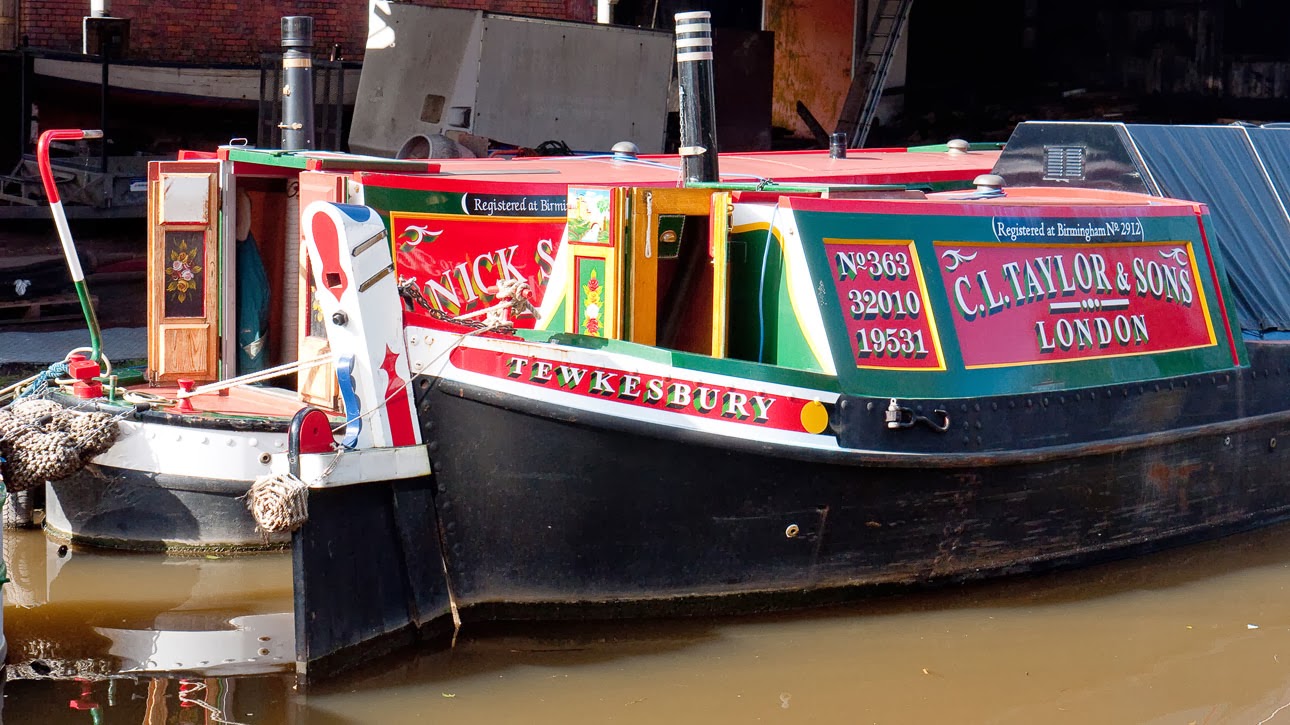 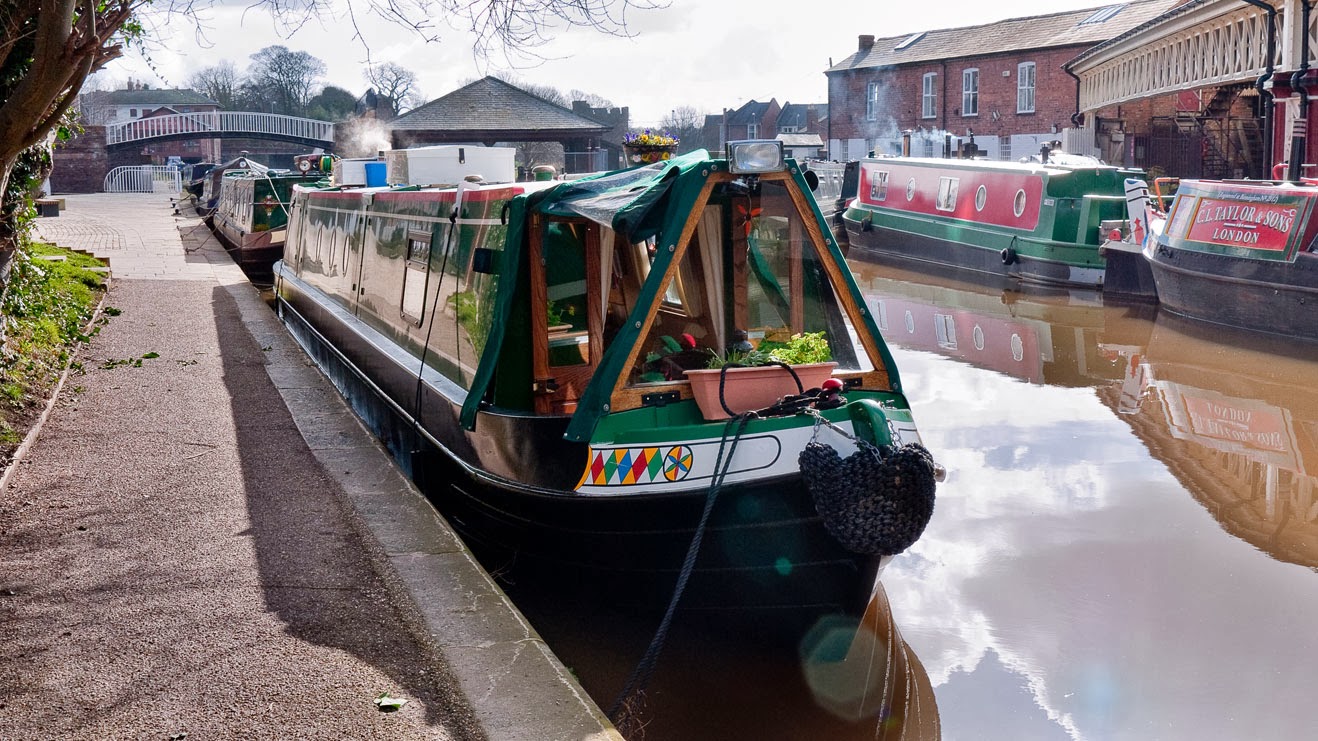 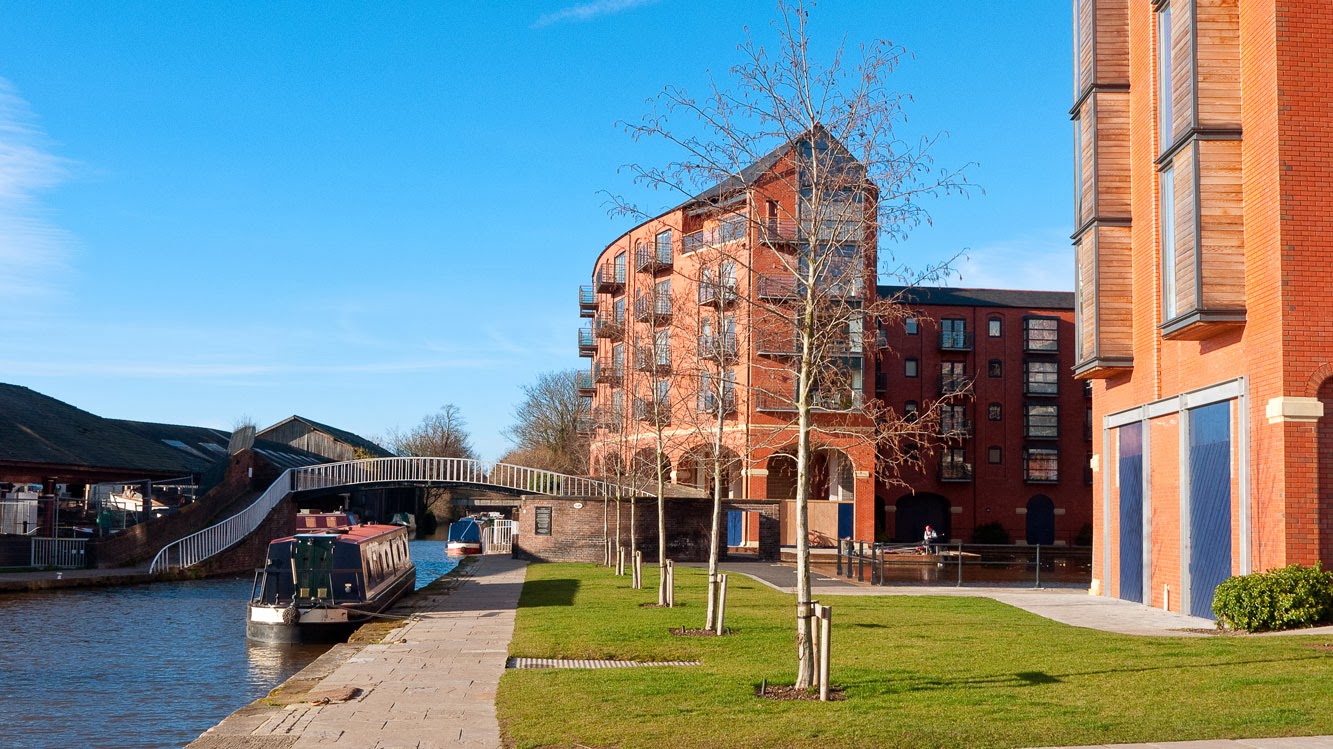 Look at that blue sky! Gorgeous 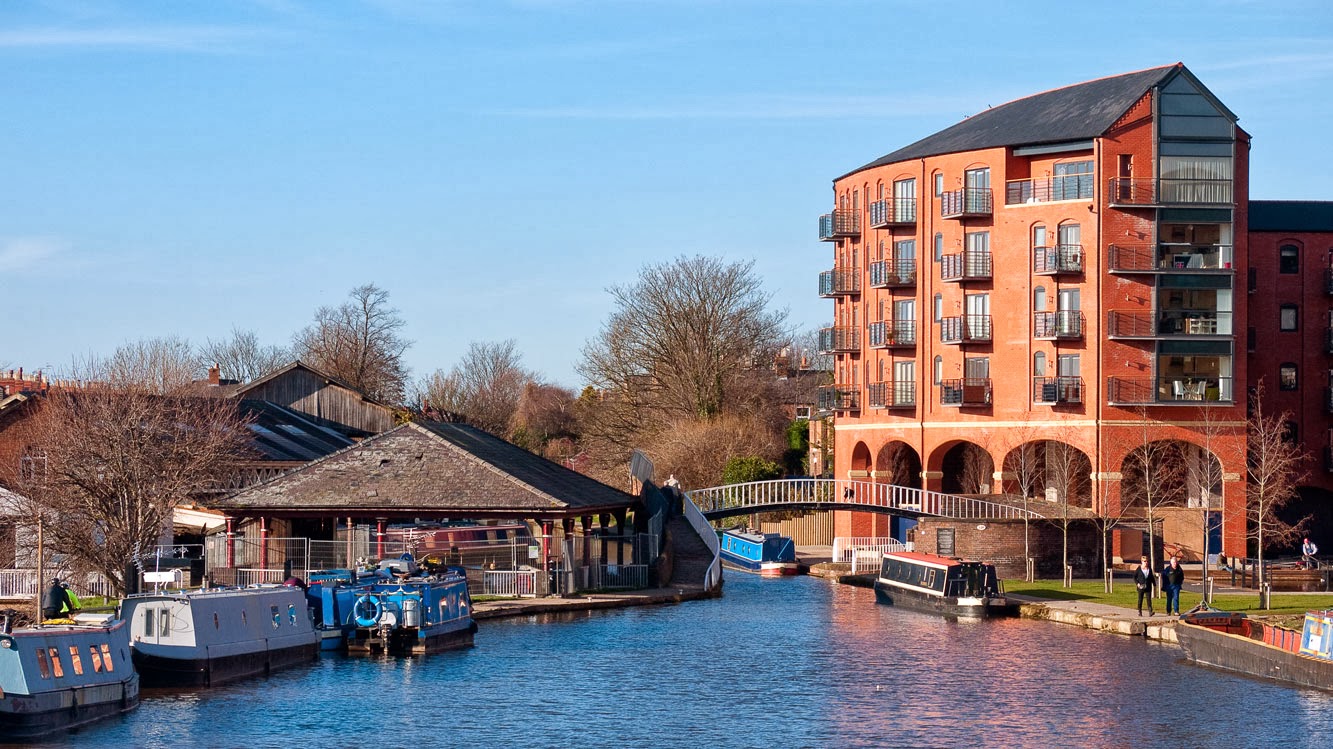 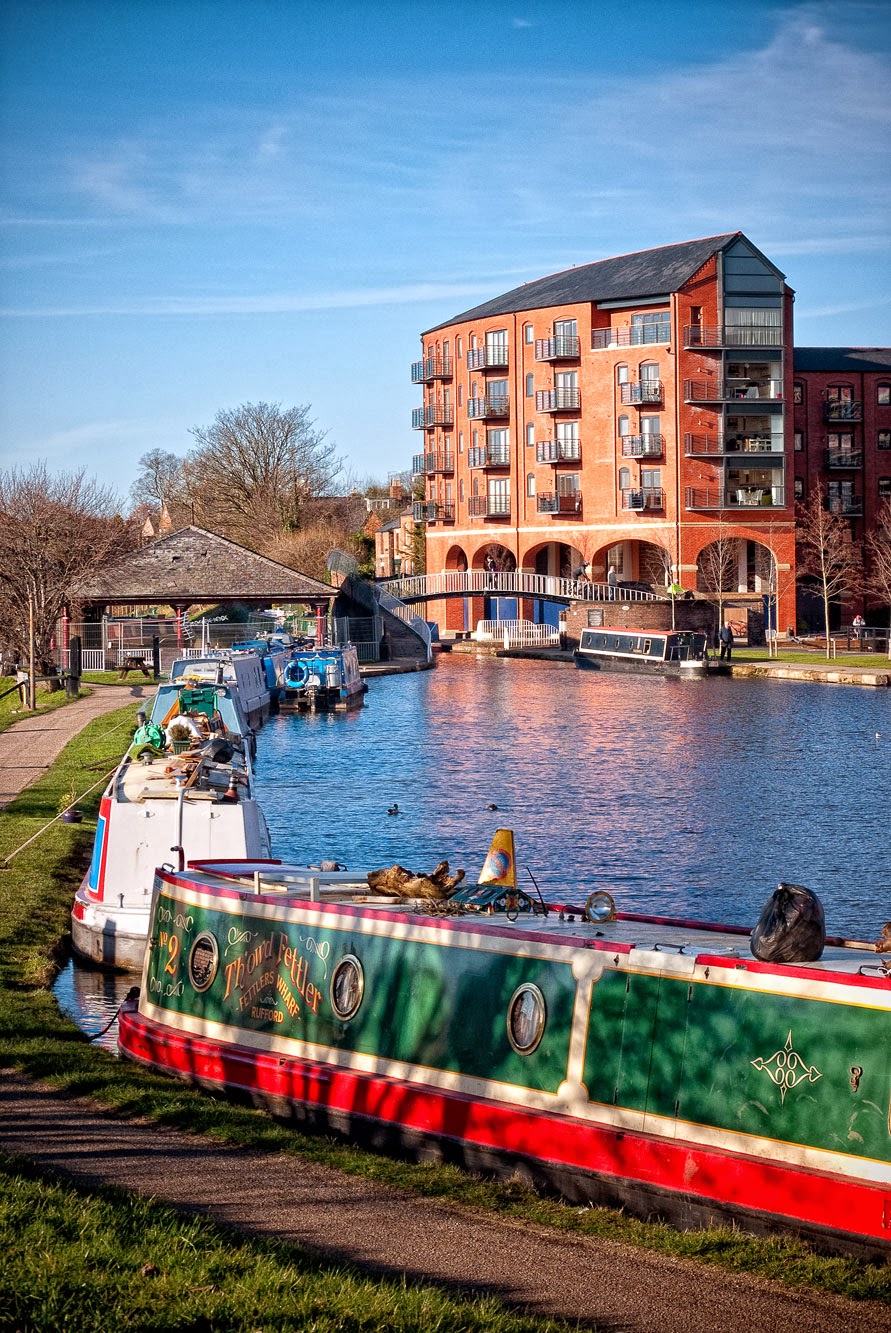 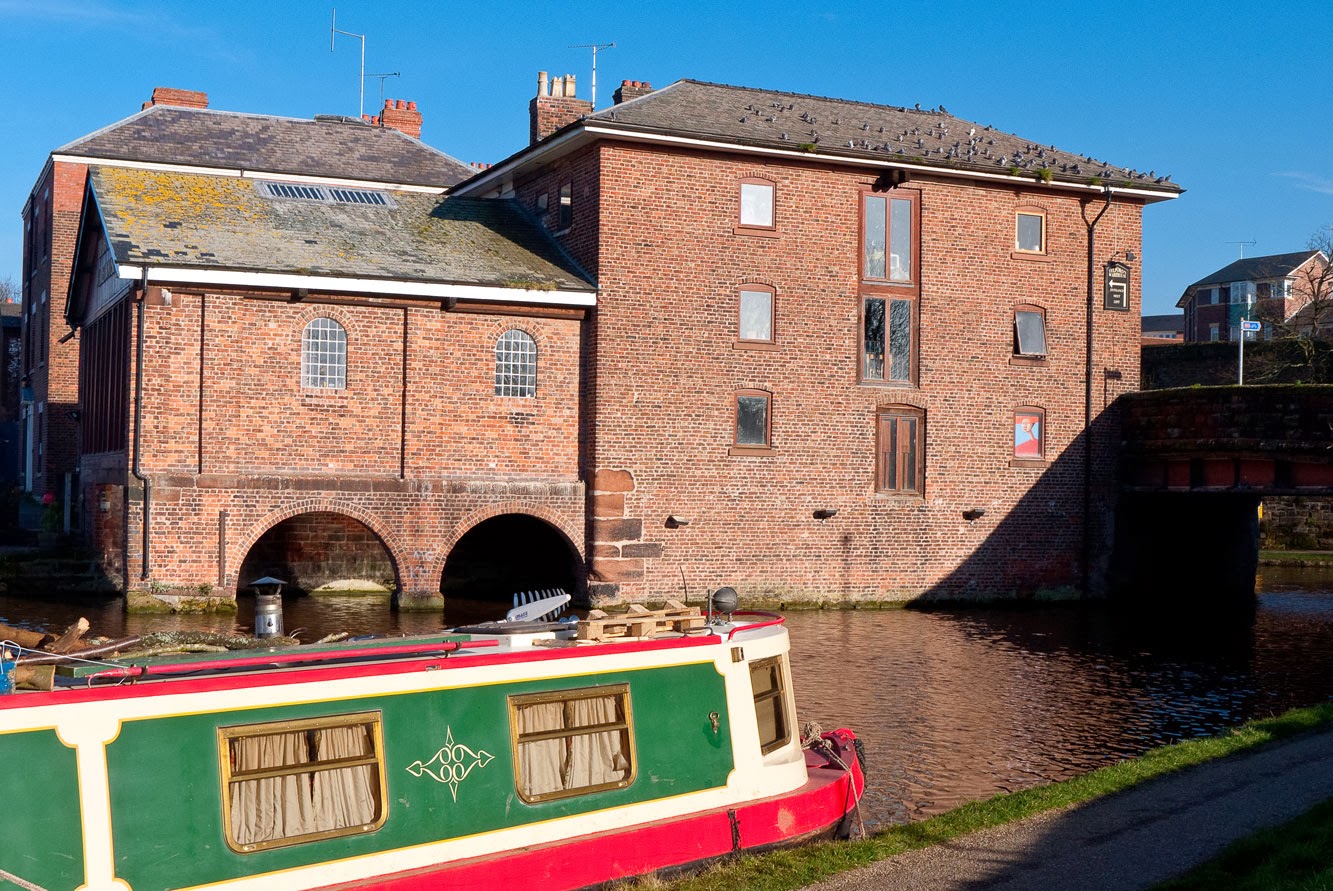 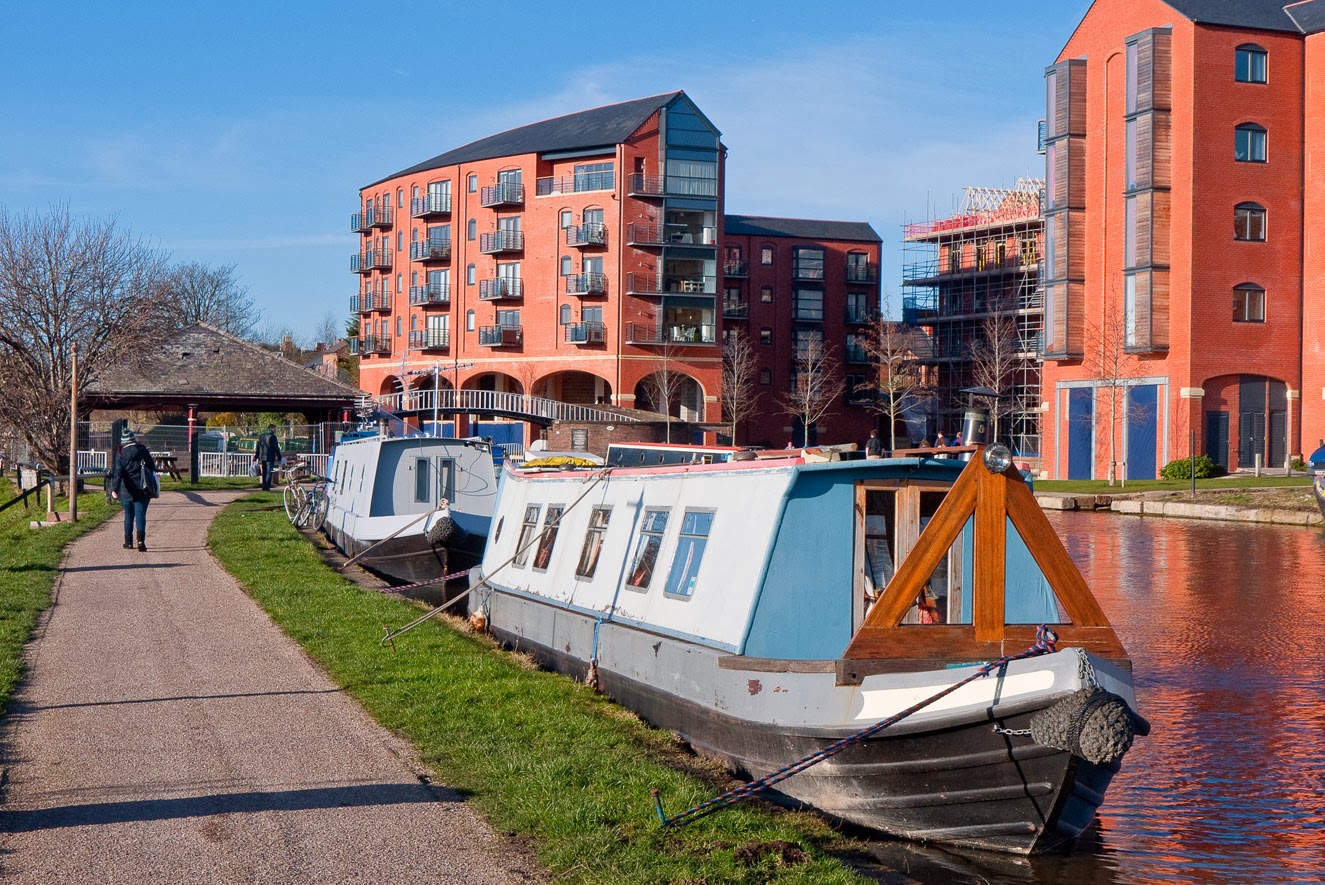 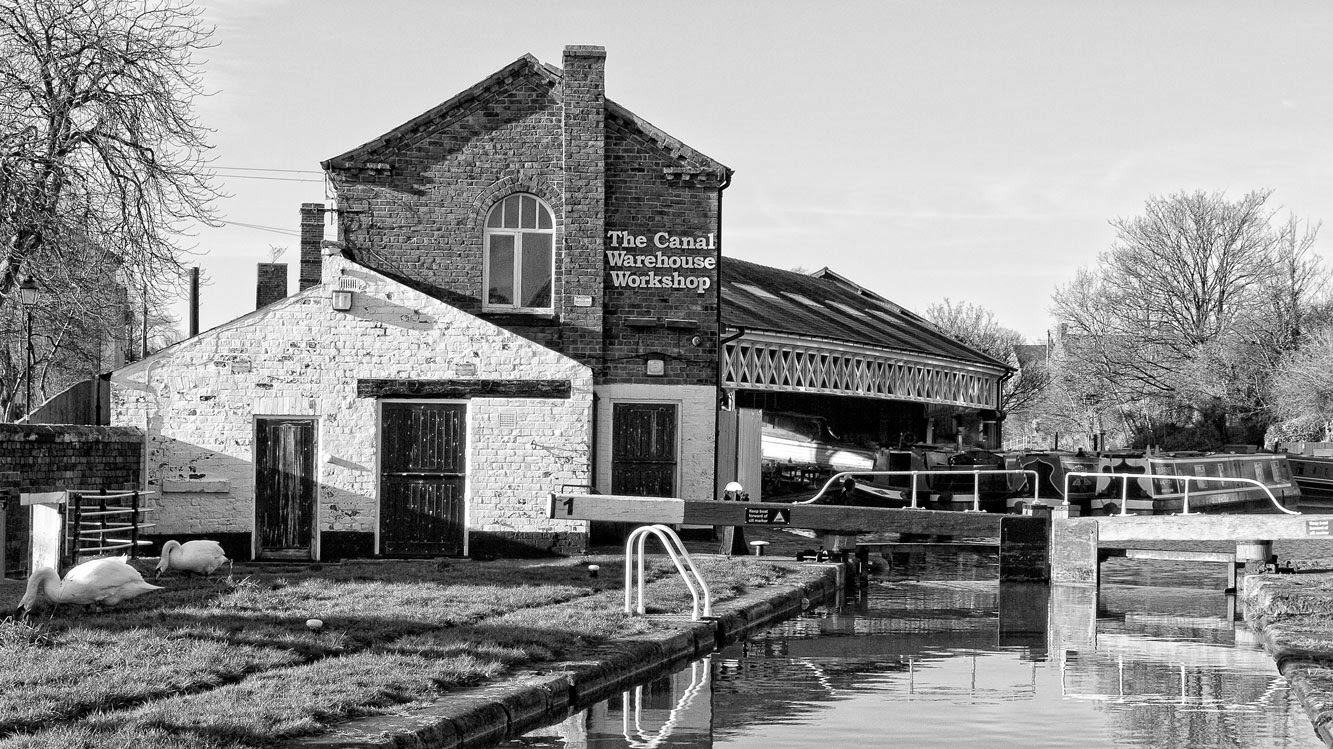 Another view of Taylor's Boatyard 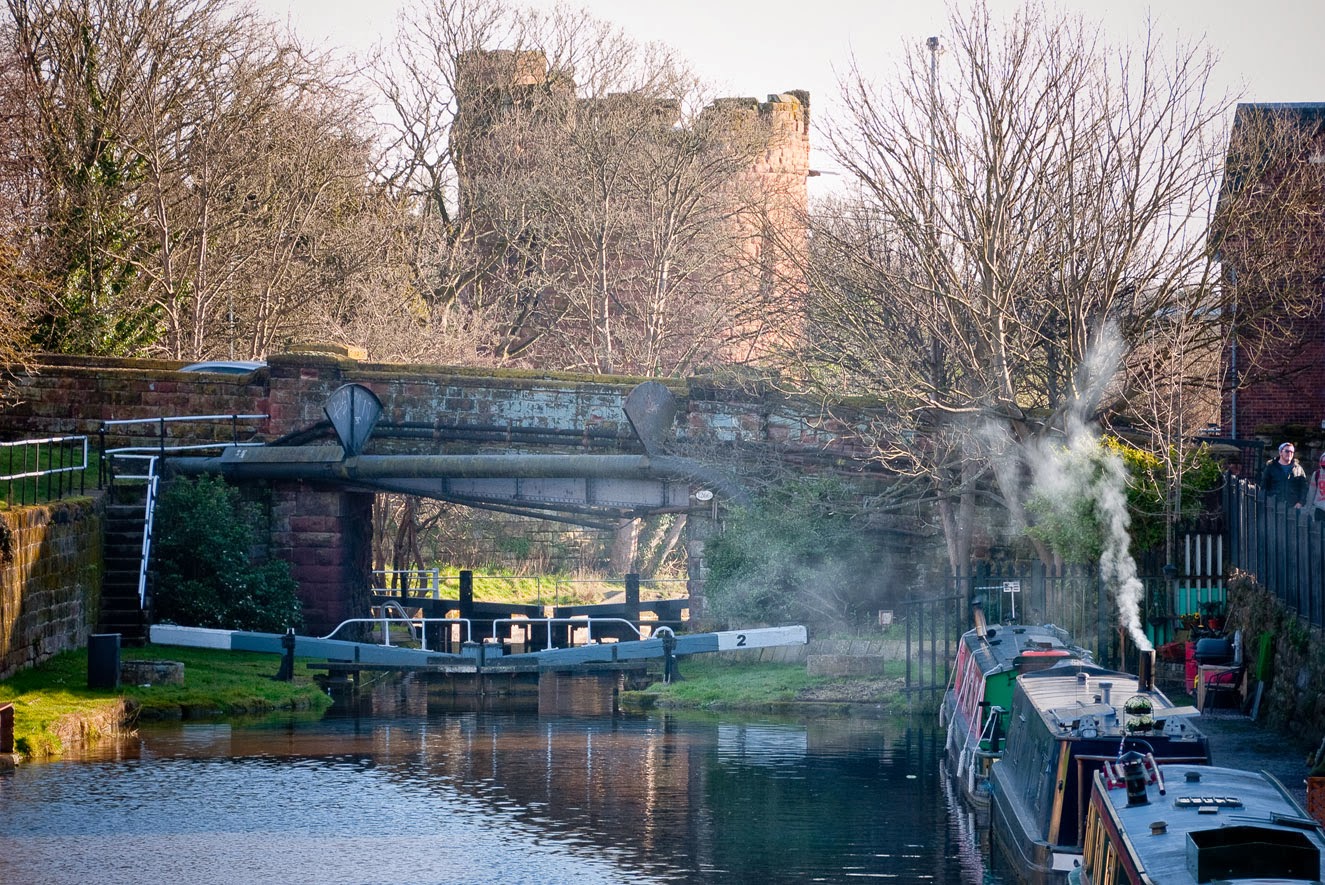 The lock leading out onto the River Dee 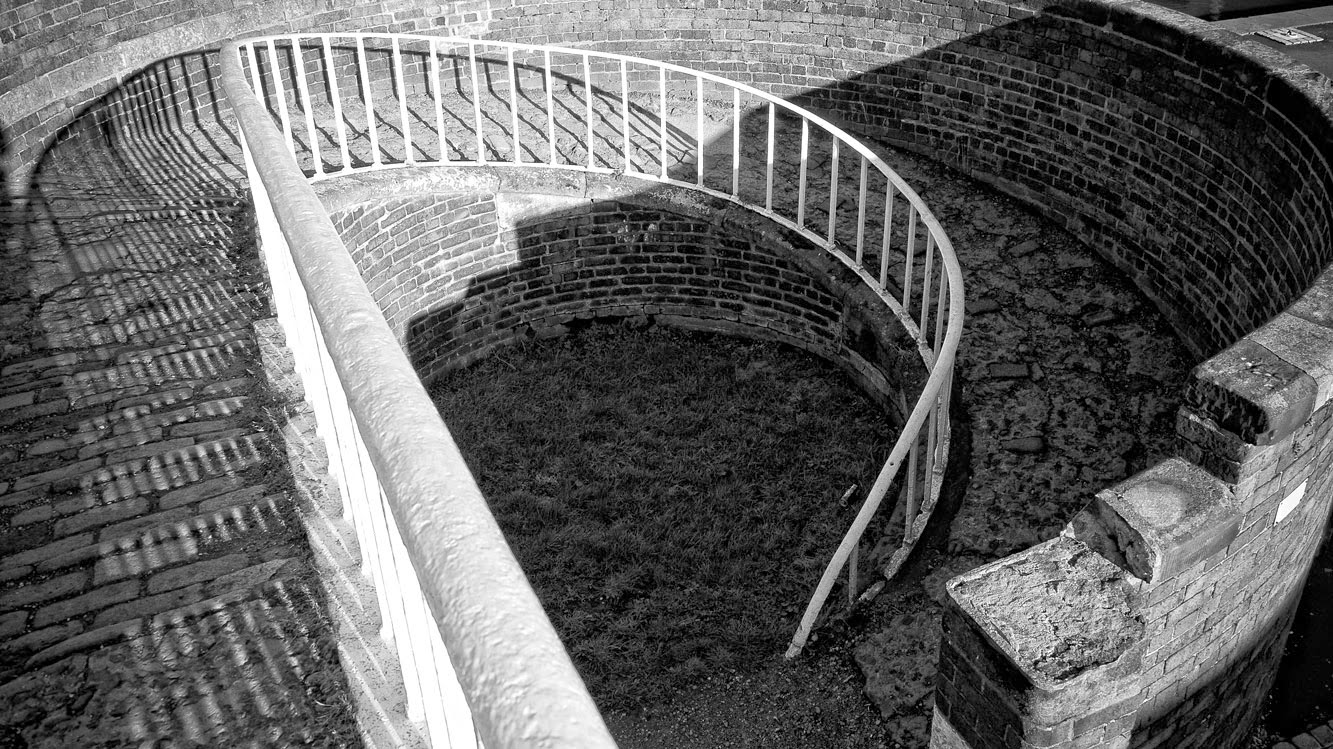 I love new beginnings, the excitement of watching fresh life emerging in spring, and looking forward to longer, lighter days - and more warmth and sunshine! However, I'm also aware that ...

Next stop Ellesmere Port - another first ...
Posted by Barry and Sandra