Into the Black Country

Barry arose early once again and had another walk around the basin, though this time he got caught in the rain ... 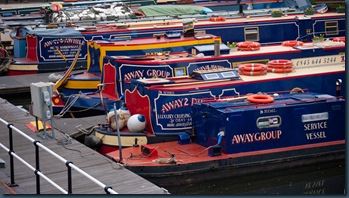 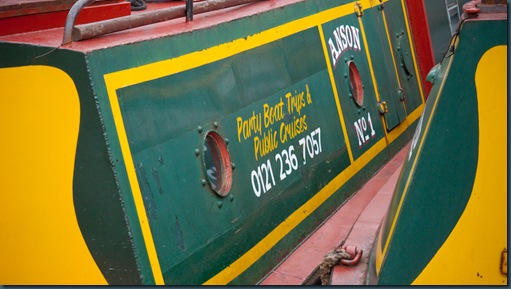 Plenty of colour around and opportunities to experience life afloat 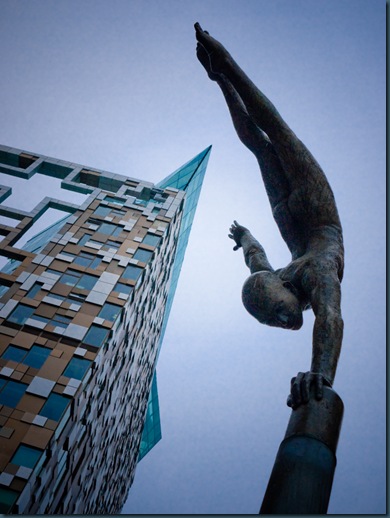 An impressive statue opposite 'The Cube' 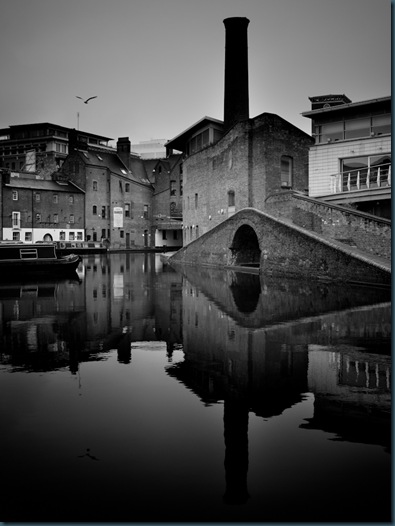 A shot from our mooring - very grey but strangely tranquil

Our mooring in Gas Street Basin - alongside the now closed-down 'James Brindley' pub, such a shame

Continuing our rendezvousing with friends, we had lunch with Karen, who I went to school with from the age of five to sixteen - we were in a group of girls always getting into some sort of mischief!  I can hear those who know me thinking how that somehow doesn't surprise them ... 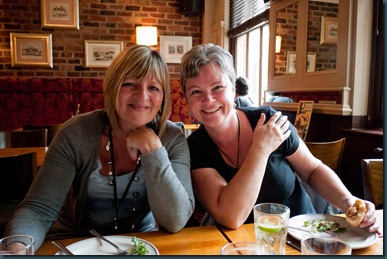 Karen and Sandra at the Brasshouse

We left Birmingham shortly after lunch, travelling through a sea of derelict industrial sites, the canal becoming darker as we approached The Black Country, so named as it was the most industrialised county in the nation, lying over the thickest coal seam in Britain with clouds of black smoke emitting from the burning coal. 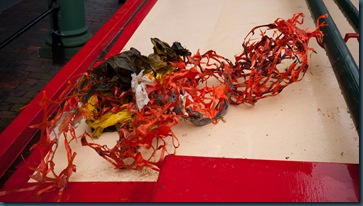 Fortunately, prior to starting our journey, Barry checked the weed hatch and found this mangled mess 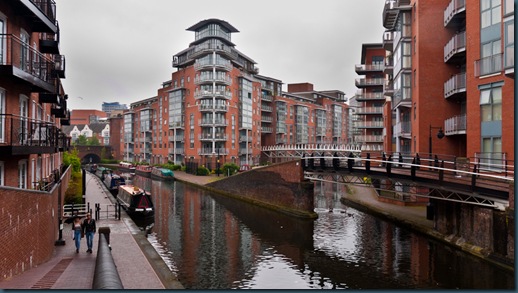 Passing through the stylish canalside apartments at Ladywood Junction 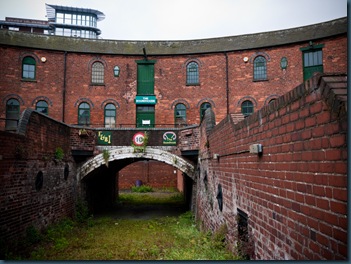 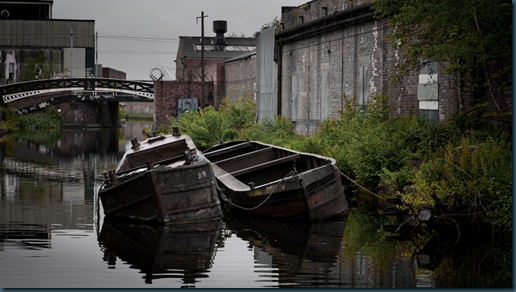 Two of many abandoned working boats along the Icknield Loop 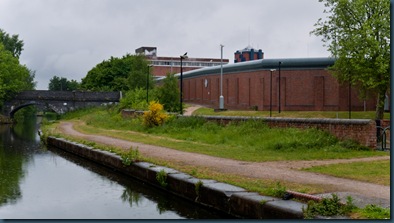 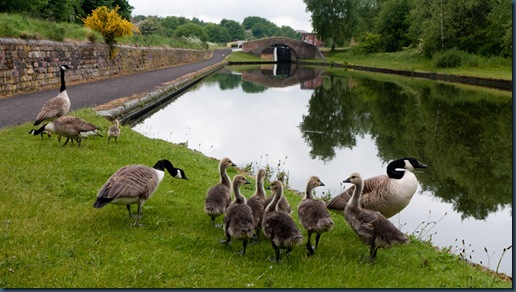 Goslings in abundance - along with their very attentive parents 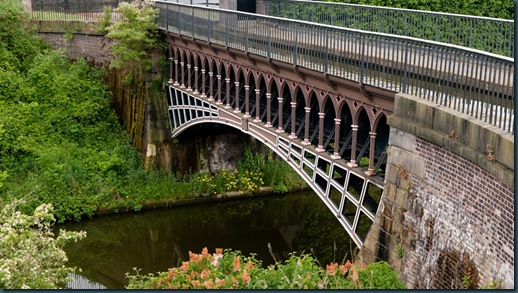 Up the three Smethwick locks and past the aqueduct turnoff to the Galton Valley Centre ... 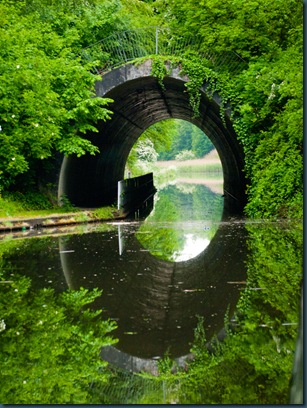 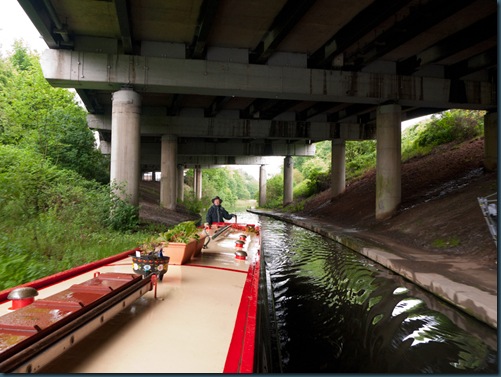 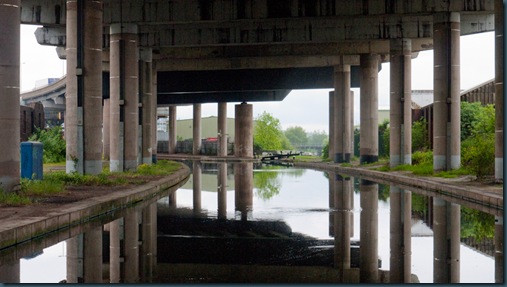 ... which wants to completely dominate the poor canal 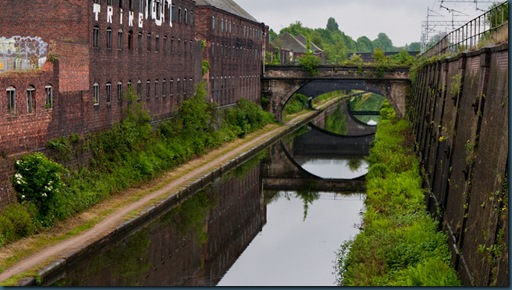 We then traversed the 'New Main Line' canal on another aqueduct ... 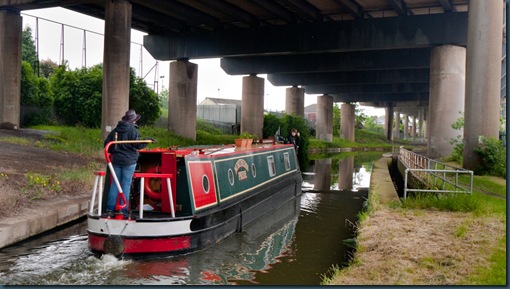 ... but still couldn't quite escape the motorway 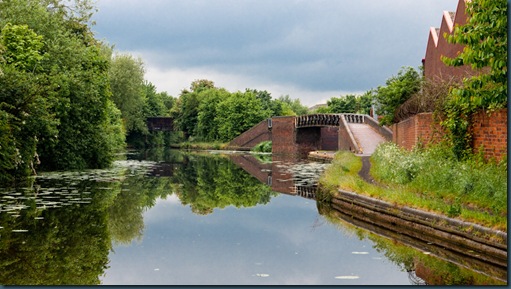 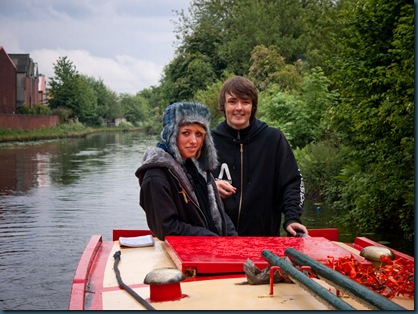 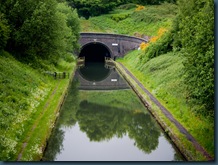 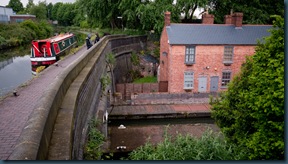 The entrance to the Netherton Tunnel seen from the aqueduct 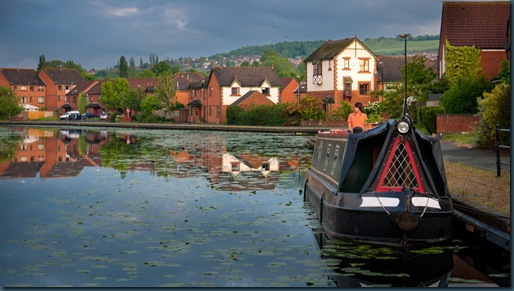 Our mooring for the night at Dudley Port - it looked as though we were the only boat to have moored here for some time, judging by the seemingly undisturbed waterlillies

On Wednesday we're planning a visit to The Black Country Museum which I last visited when my youngest daughter was just a toddler.