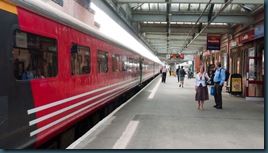 It was an early start Saturday for the public transport experience to Malpas, Cheshire, to visit my eldest daughter Lisa and her husband Rob - oh and their new chickens!!  The journey there was smooth and seamless, we managed it in just over two hours; the return journey however was fraught with differing timetables, and took four and a half hours arriving back on the boat just before 11pm!  Ah well, such is life when you live on a narrowboat, we should've been more meticulous at checking schedules.

Barry wore his best NZ wedding shorts for the visit, as they'd also taken the opportunity to invite Rob's parents - so Barry met his step-daughter's parents in-law for the first time ... 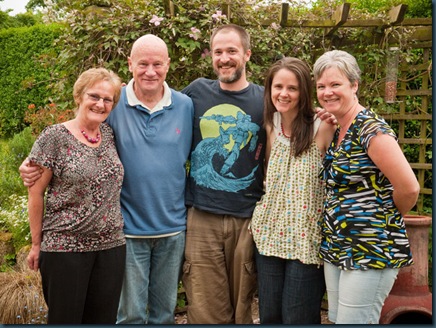 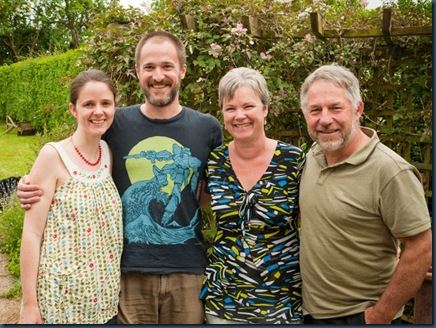 Last weekend they'd had three chickens delivered to the house and they'd been in their 'coop' since then so that they became familiar with their new surroundings.  Saturday was the day when they were to be let out in the garden for their first run around, guarded by their carers and visitors in case Shimmy, the resident cat, decided he fancied a meal.  Lisa had warned us that they may be a little 'chicken-obsessed' but we didn't anticipate how much fun three chickens on the run could be! 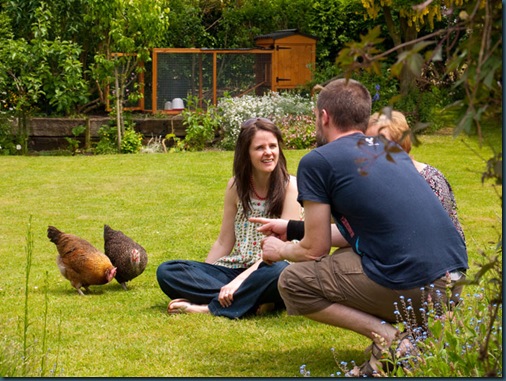 Rob advises on the complexities of chicken care 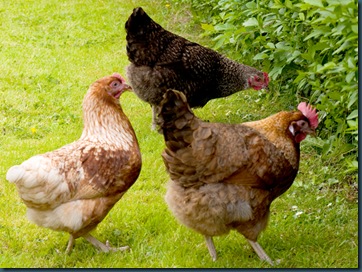 Betty, Cambria and Ginger enjoy their 'Big Day Out' 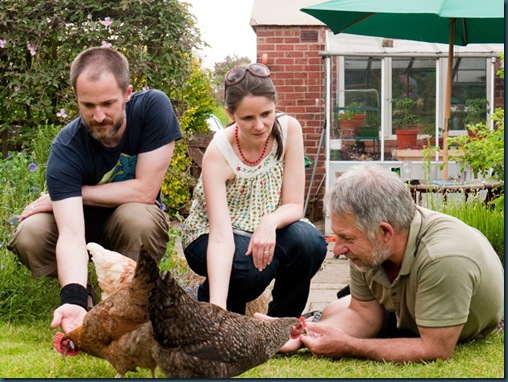 Pecking the grain from the hands of Rob, Lisa and Barry 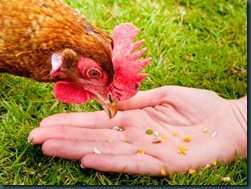 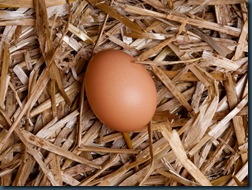 The problem came later in the day when we realised how foolish we were wearing shorts and not bringing a change of warmer clothes - we were chilly and feeling silly walking through the centre of Wolverhampton and waiting for the bus from 2145 to 2215hrs.  The forecast was 25 degrees and we must've imagined this meant a balmy summers day (which it was) and evening - yeah right!

Today we're at Calf Heath, about to board Wand'ring Bark ...