A trip away from 'the cut' for Fathers Day

My sisters and I had planned to surprise my dad by all converging from our respective residences for Fathers Day.  My eldest sister lives in Sutton Coldfield, next one down in Southampton and the youngest in Exeter!  Linda, from Southampton, had travelled on Friday to stay the weekend with my parents and had the task of keeping the secret and also keeping them at home until we all arrived - which was quite difficult as my dad had been eager to go out for the day!

We walked about 20 minutes into the centre of Ilkeston to find the bus stop - what an adorable place it looked, though it would be much improved if they had flowers in their collection of tubs in the square.  However, similar to our impression of the canal, it's well-kept with little rubbish around, which is refreshing.

The deserted town square, early on a Sunday morning 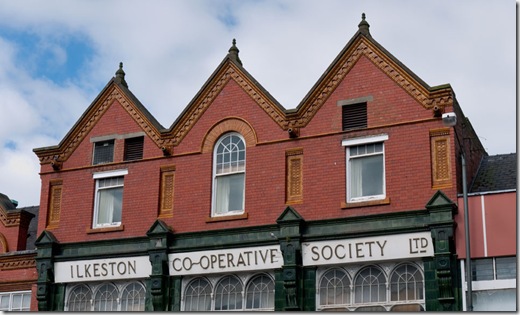 The bus 'The Ilkeston Flyer' took us to Derby Bus Station - then we caught another bus one stop to the train station!  We'd have walked but it was a convoluted route and we may have missed our train.  Unfortunately the train to Birmingham New Street was so crowded that we had to sit on the floor for the almost one hour journey - the earlier train had been cancelled for some reason. 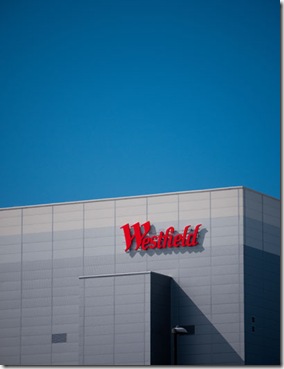 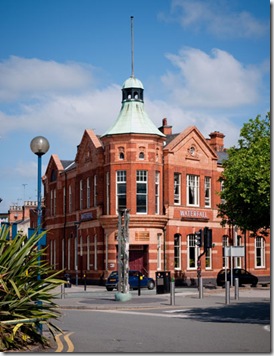 Fine looking building opposite the railway station in Derby

Arriving earlier than scheduled in Birmingham, we were collected by my daughter Kim and her partner Joe. We haven't seen them since the beginning of January so it was great to spend some time with them.  We got to my parents house just after 1230hrs and found my younger sister already there - my dad was further shocked to see us all troop in the front door!  My eldest sister, Kath (who lives the closest) arrived just before 1300hrs when the table was booked for, so met us at 'The Reindeer' pub at the end of the country road where my mum and dad live.

There was a carvery on the menu and nothing else - which would be fine if they'd catered for the two vegetarians in our group!  Naively they didn't, but expected those with 'alternative' dietary requirements to let them know in advance.  Another lesson learnt!  Ah well, it was passable food, extremely soggy overcooked vegetables (and for the vegetarians even the gravy had bits of meat in it so they had to have theirs dry!), but fabulous company ... 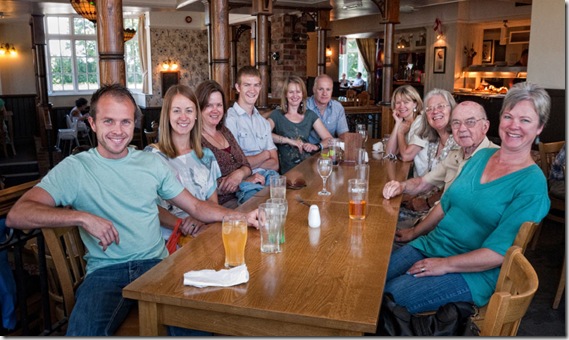 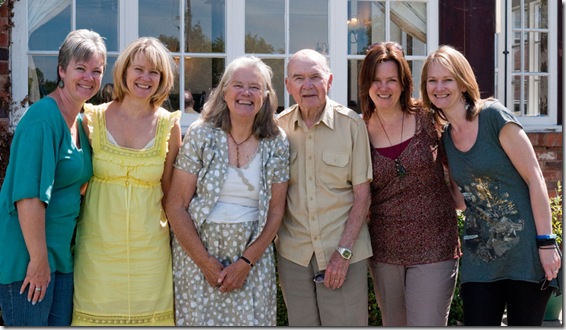 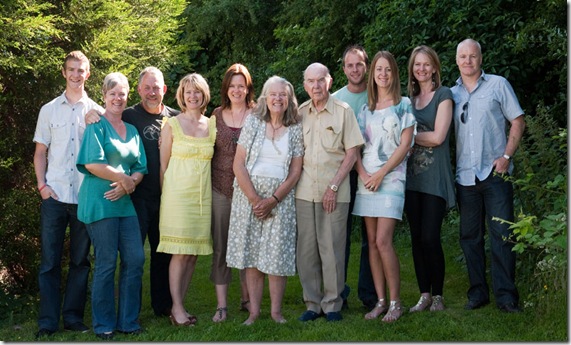 We caught snippets of the New Zealand/Italy World Cup match - what a shame the ref gave a penalty that enabled them to score against us to give a 1-1 draw.  Fingers crossed for the last All Whites match (in this round hopefully!) on Wednesday at 3pm UK time. 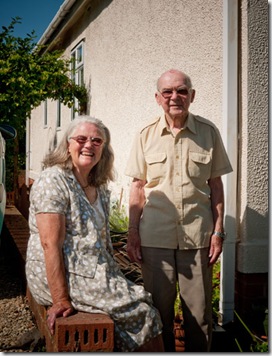 Mum and dad after a lovely Fathers Day outing

One of the few drawbacks of living on the canals is relying on public transport.  Altogether it took us over eight hours of travelling to be with my parents and family for five hours - but then a car's not necessarily swifter as it took my daughter six hours to return to Brighton on the roads due to the sheer volume of Sunday afternoon traffic! 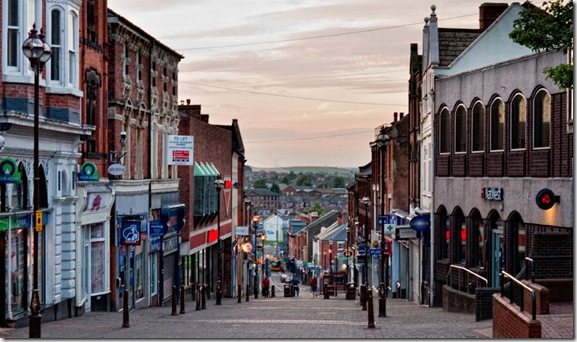 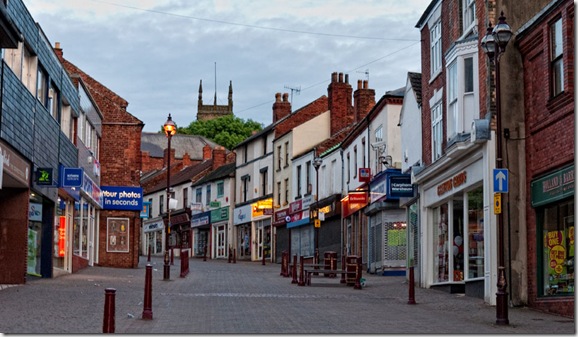 The other end of the High Street 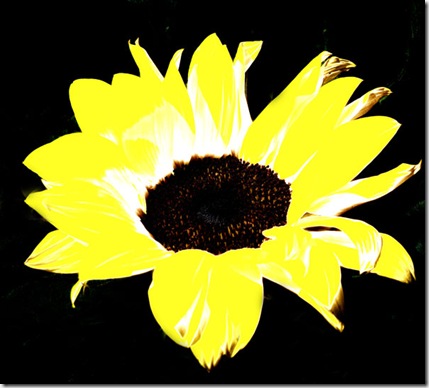 A sunflower to commemorate a sunny, happy day ...