A bit blowy in Birmingham!

It was lucky that we had a crew of five for the 36 locks from Bodymoor Heath to Gas Street Basin on Sunday - the predicted travel time was over 9 hours but I think we achieved at least an hour less than that and still managed a pub lunch to boot! 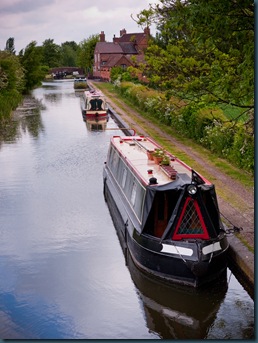 Our mooring at the 'Dog and Doublet' 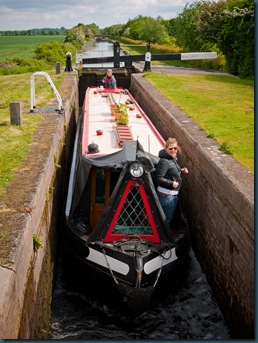 On through the Curdworth Locks towards Birmingham 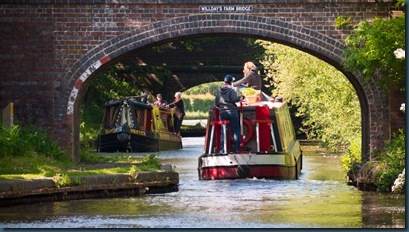 The sun shone for most of the trip, despite the very cool breeze 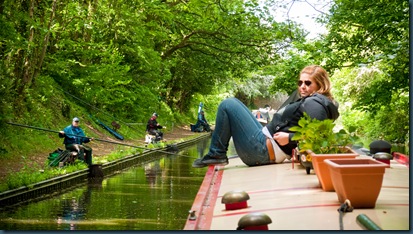 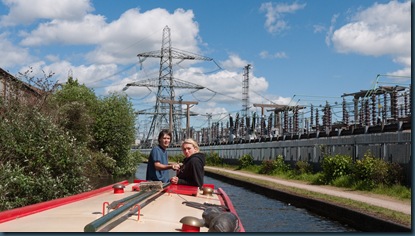 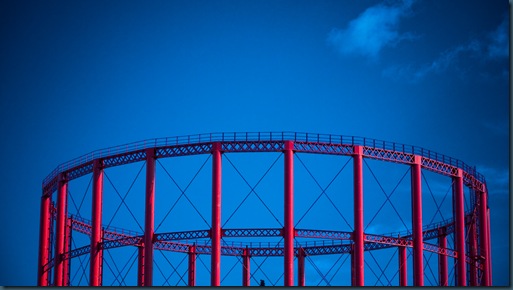 The old gas storage tank frames make an interesting feature of the skyline. 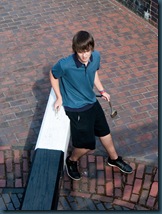 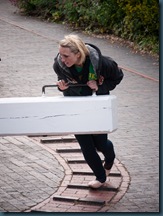 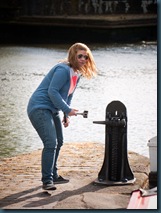 Mikey, Sophie and Jamie all working hard on the locks

It was a chilly and extremely windy day and at one point I had a spot of bother at two bizarre locks that are so close together you can't actually get a turn on the boat until it's too late - and we almost ended up facing the wrong way in the side pond which could have been disastrous!  Barry informed me it was due to me not having sufficient speed on the boat to steer - he'd been in the cabin downloading his memory card at the time.  Jamie did get some shots of Mikey and I manically holding onto the stern rope before the others arrived to save the day, but unfortunately we forgot to retrieve them from her camera before she left on Monday afternoon :-(

Mikey, Sophie and Jamie all working hard on the locks 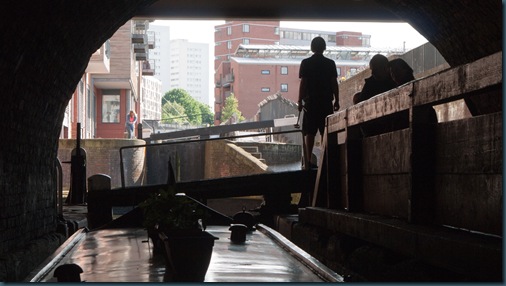 The canal meanders under buildings 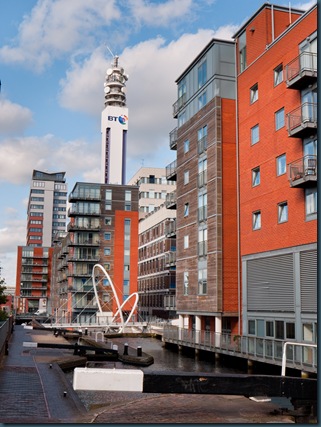 Well into the centre of Birmingham now, looking back at the Post Office Tower 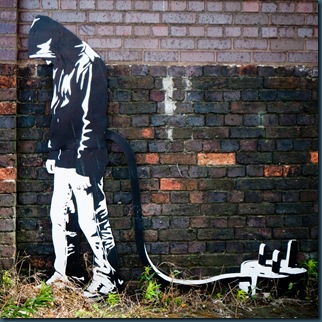 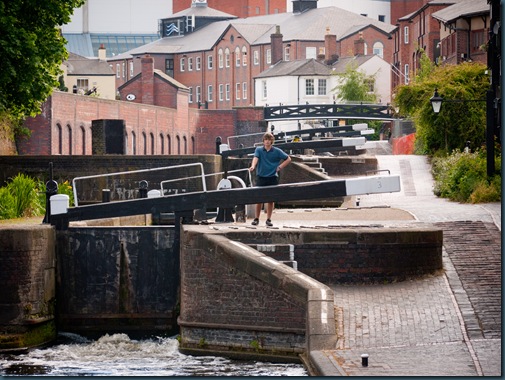 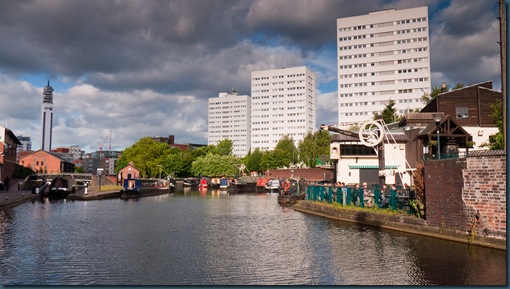 Cambria Wharf at the top of the 'Farmers Flight' of 13 locks, the culmination of our 36 locks for the day

Having lived in the Birmingham area for much of my life, it wasn't until I was travelling on the canal system last year that I realised it was actually built on a hill!  Here's another five fascinating facts about Birmingham:

I recall Sutton Coldfield, the place where I spent my formative years, becoming a part of Birmingham in 1974 and Suttonians, as they're 'affectionately' known, were aghast!  They'd been happy to be a part of Warwickshire thank you very much and had absolutely no desire to be labelled as 'Brummies' with all the negative connotations they felt that brought! 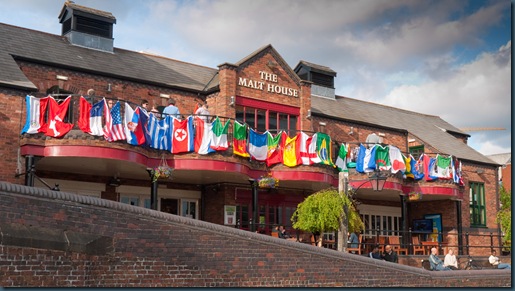 World Cup football fever abounds! Yes, there is a New Zealand flag amongst them - yaay for the All Whites!

We arrived at our destination about 1930 and were fortunate to get a mooring at Gas Street Basin.  We had a walk up and down Broad Street - there were a number of incredible sights to be found of young women heavily made-up and scantily dressed on such a chilly evening; I'm so pleased I don't have to 'dress to impress' anymore! 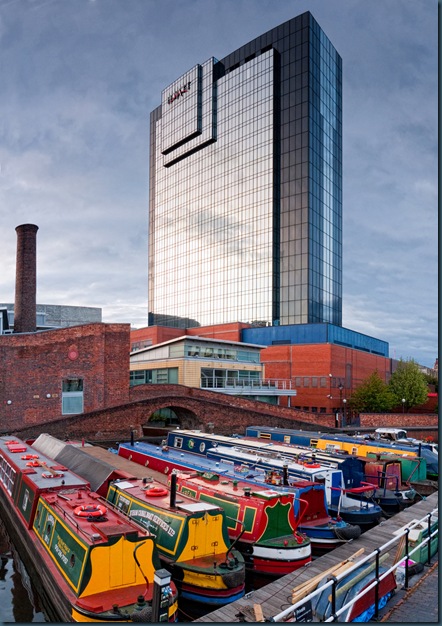 The old and the new at Gas Street Basin 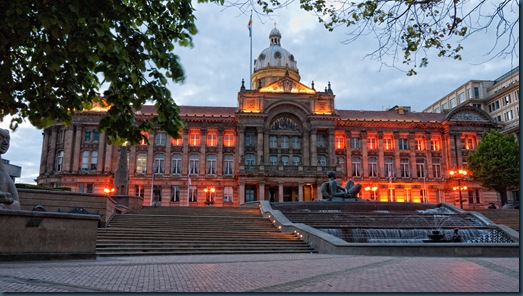 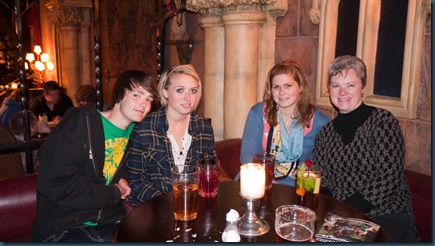 A refreshment stop in the Bacchus Bar at The Burlington in Birmingham!