Surprised by Stafford and on to Shugborough

It may have been because it was after opening hours, but the town centre of Stafford was surprisingly pleasant.  Of course there were the obligatory scantily clad girls roaming the streets with their milk bottle white legs (and other bits!) on show, but we're sort of getting used to that now!  Once again there were a number of pubs, and all appeared to be thriving - maybe it's because Stafford is a university town and it must be coming up to time for a break for students? 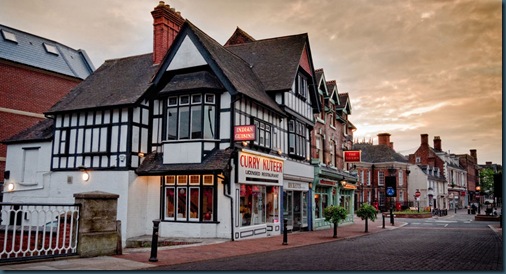 Looking along the High Street at dusk 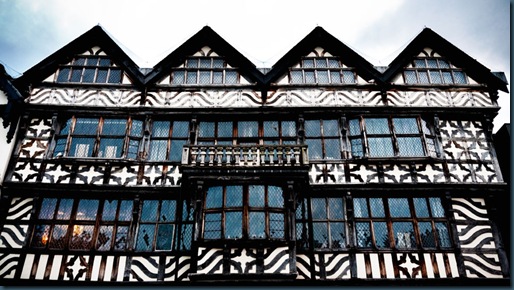 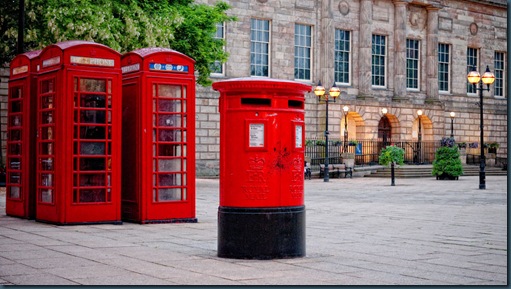 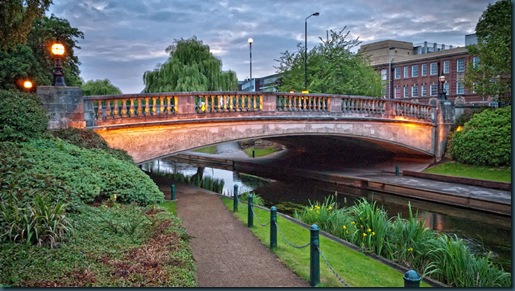 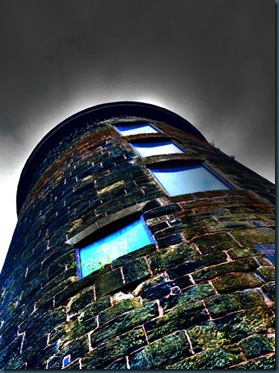 Previously a windmill but lost it's sail many years ago

The 4.2 mile round trip plus a walk around the town, must've had an effect on me because I didn't wake up until after 10 Wednesday morning!  I can't recall getting up so late for a long time; consequently we had yet another lazy day ...

We continued along the remainder of the Staffs and Worcs canal, which didn't disappoint; such a delightful journey and the sun even peeked out periodically to brighten the day. 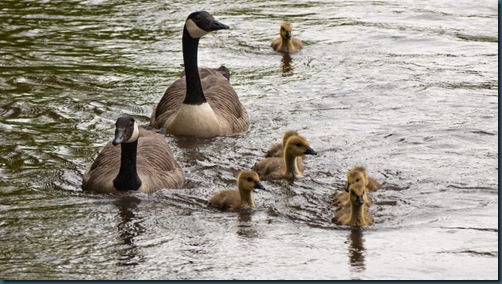 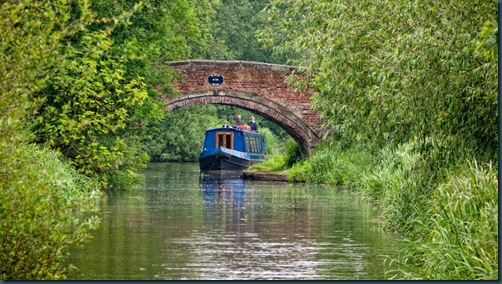 A couple of glorious bridge and boat shots 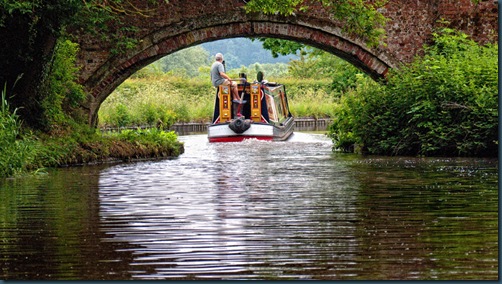 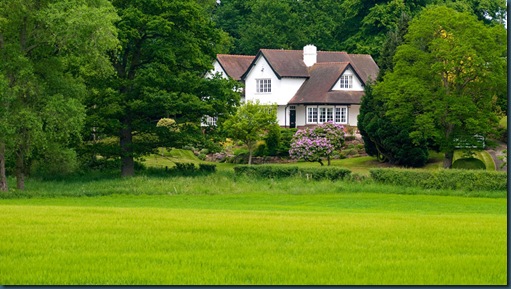 And a few little residences along the way 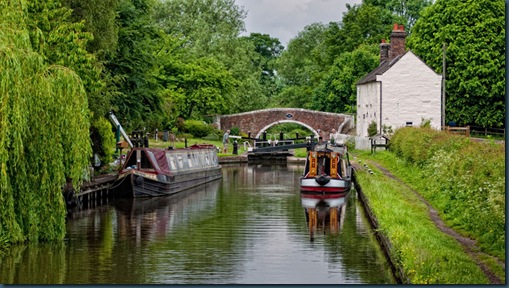 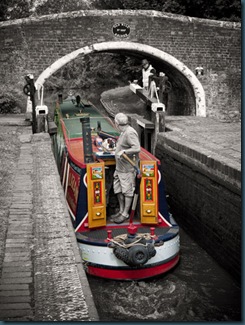 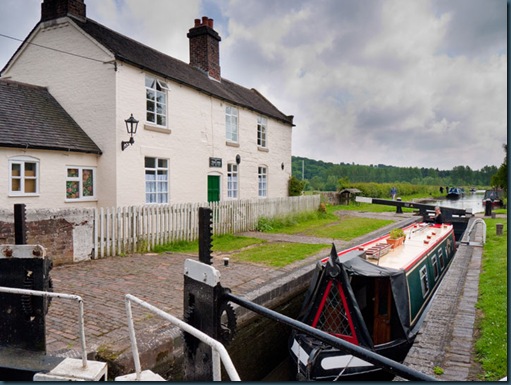 Almost at the end of the Staffs and Worcs canal 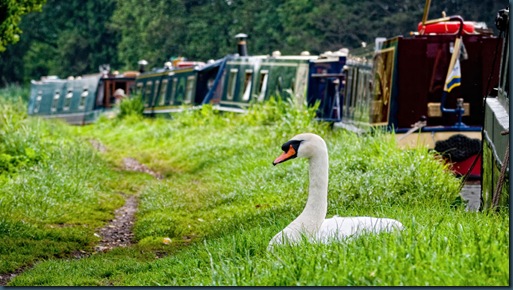 Moorings at Tixall wide - a swan seems to have mistakenly nested right by the towpath! 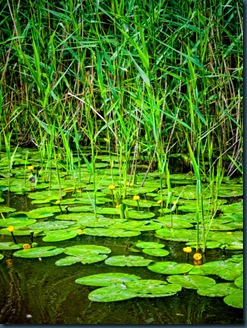 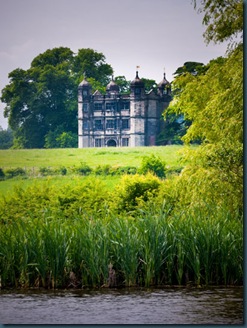 We moored for lunch (at 1530hrs!) at Tixall wide, where the owners of Tixall Hall (now sadly demolished) insisted that the canal be widened so that it didn't look like a canal - in the late 18th century of course it was a busy industrial route so wouldn't have been as pleasant as it is nowadays!  Unfortunately only the Gatehouse remains of the hall, though that in itself is pretty impressive. 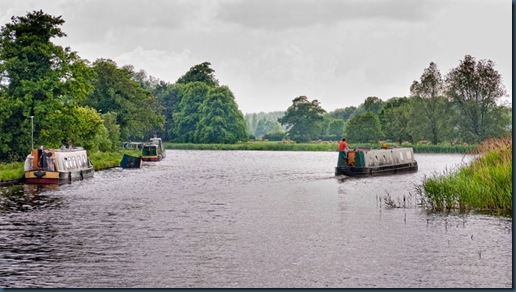 Tixall wide - designed to resemble a lake rather than a common canal! 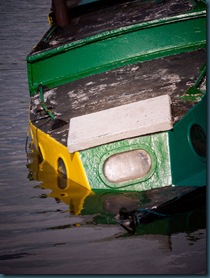 It's also supposedly one of the best places to see kingfishers (of which Barry has yet to get a photo for me), but they must've all been hiding today.  It's a very picturesque spot apart from a poor sunken boat - we hope the owner has been informed and is planning a way of retrieving his prized possession and it's contents.

Moving just past Great Haywood Junction, we moored for the night ready for our day out to Shugborough on Thursday - Barry will be in his element photographing the Hall, park and of course checking out some of Lord Lichfield's work.  As it's a National Trust property we should have free admission. 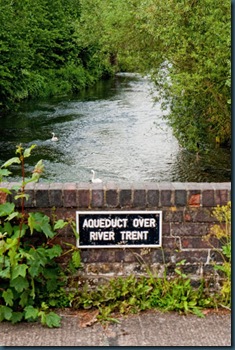 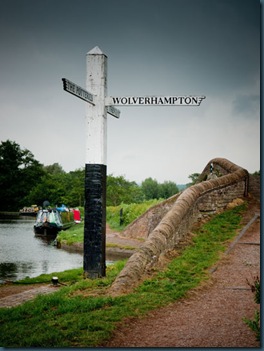 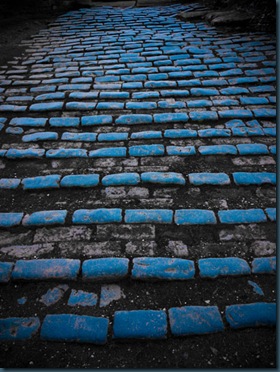 The cobble stones over the canal bridge

A stitched shot of the junction with the much photographed bridge 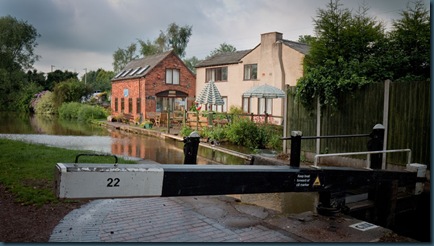 We took the opportunity to walk a mile or so along the Staffordshire Way in the evening, getting our first glimpses of the Hall to wet our appetite for Thursday's visit. 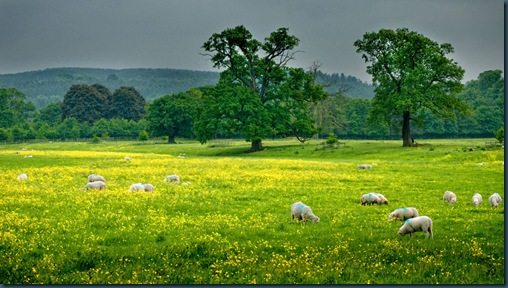 You can't beat the British countryside - even on a chilly, grey 'summer' evening 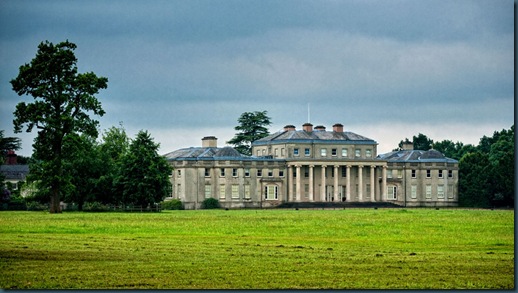 Wow!  Who would live in a house like this?  Lord Lichfield of course! 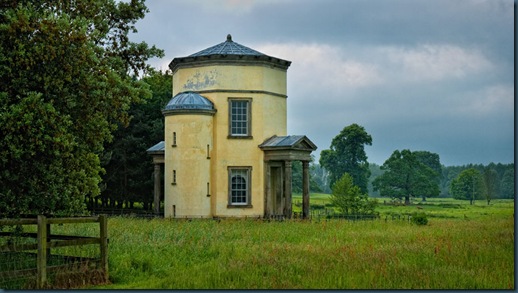 The Tower of the Winds - previously a dairy and gambling den! 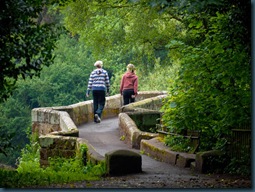 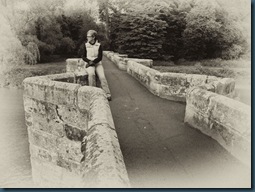 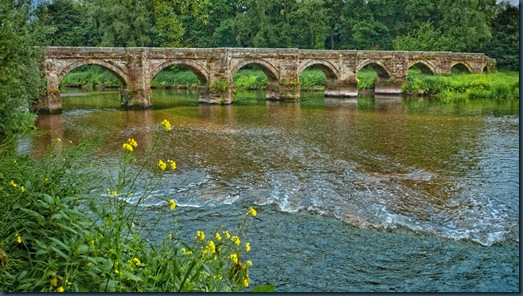 The weather really hasn't been to kind to us so far, not that it's a big deal, but we're beginning to wonder if there will be a summer in England this year??