We had a comment recently on the blog from someone called Neil who said that what comes across in the blog is our 'love of life'.  Well Neil, you're absolutely correct.  I once bought a card that I have up at home in NZ that says 'don't save anything for a special occasion; being alive IS the special occasion'.  I love that sentiment and we do try and aspire to that each day.

On Thursday, we woke up (shockingly late on my part!!) to an idyllic mooring spot in the countryside, with just the sounds of the birds singing on one of those rare, blue-skied, sunny English days that you want to last forever.  After a lazy breakfast we ventured out for a walk to find an old railway line that was nearby according to the Nicholson's guide.

Just along the towpath was another boat moored and I'd heard a sound similar to someone sanding something, but when we passed by we found a most unusual sight - a couple with a knitting machine balanced precariously on an old workbench, making woollen socks!  They informed us that they live aboard and produce around 200 pairs a year that they sell, then in the winter months they travel the canals - this of course makes their journeys limited due to winter stoppages.  It's quite incredible and inspirational what lengths some people go to to live on their boats all year round; we've seen a variety of methods of earning a small income - from the cheese boat to a book barge, an assortment of canal-ware sellers, and recently I saw a boat with a young couple aboard that were advertising fill-ups of 'Ecover', an environmentally friendly washing up liquid and clothes washing solution (and possibly other products!). 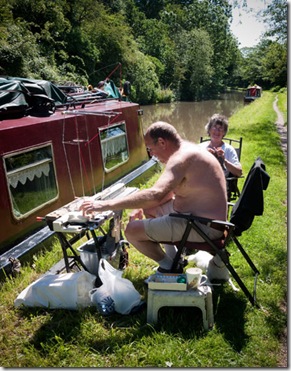 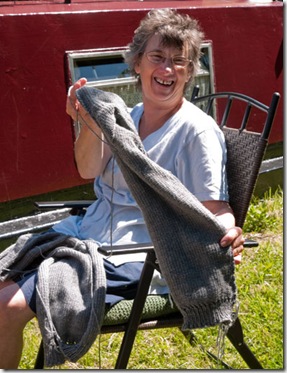 Hard at work knitting socks in the sunshine - apparently destined for battle re-enactments!

We found the previous railway line which led us over the river Trent and eventually ends up in Ashby - on a national cycle route.  Coincidentally, Andrew Denny recently posted a blog about the National Bike 'week' (it's actually 10 days!) which takes place across the country from Saturday until Monday 27 June. The railway line used to take people from Derby to Ashby, and was opened in 1867 and closed for some reason in 1982 - it's now a very pleasant place to stroll. 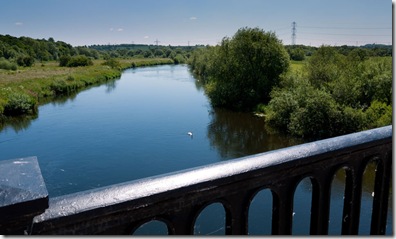 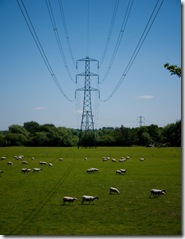 The line runs across the river Trent, teaming with fish 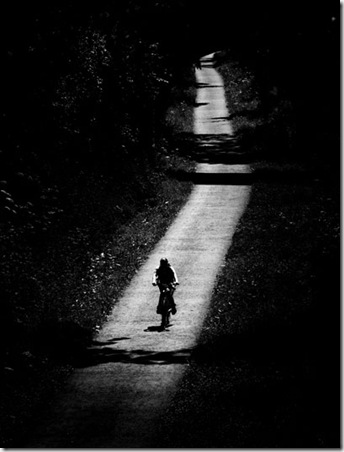 A surprising number of cyclists rode past while we were walking 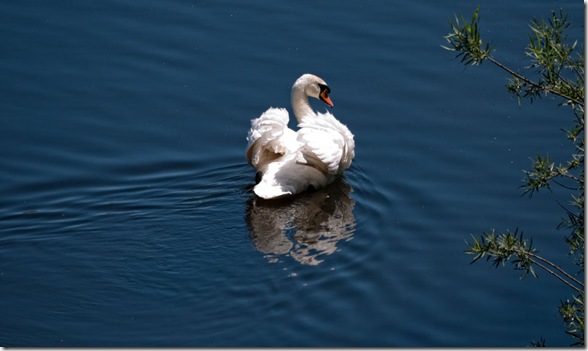 Lots of swans on the river - this one was making the most of the breeze, using her wings as sails

It was such a fabulous day that after our outing we had lunch sitting on the towpath, followed by a bit of a snooze in the sun (well I lazily did, even after my lie-in!), reluctant to move on to our planned stop at Shardlow that evening as we'd planned to meet up with a friend there once again.  We did, however, manage to venture on mid-afternoon, arriving in Shardlow just before 6pm.  Along the way we met a family from Wanaka, in the South Island of New Zealand who are holidaying on the canals for a week, and also Michaela had a little wander around our boat and rang the bell - she'd previously been on a narrowboat holiday with her family to Llangollen so was in awe of boats bless her. 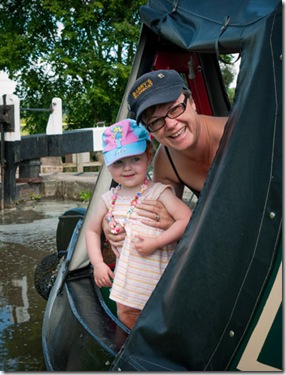 Sharing the locks with two couples on a hire boat, and Michaela visits Northern Pride 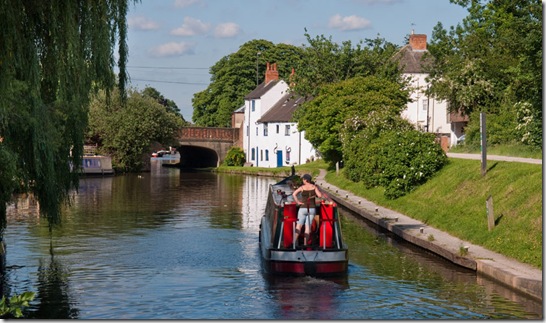 Approaching the 'port' of Shardlow on a balmy summer's evening

Shardlow is reported to be one of the most interesting inland ports on the inland waterways network so of course Barry discovered a few photo opportunities! 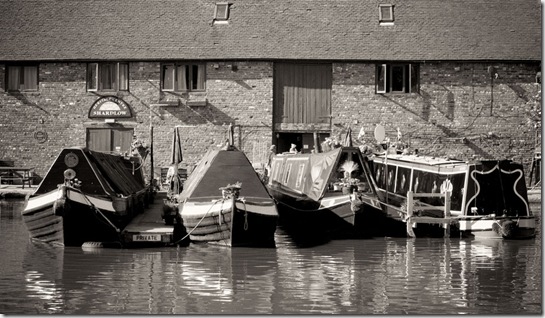 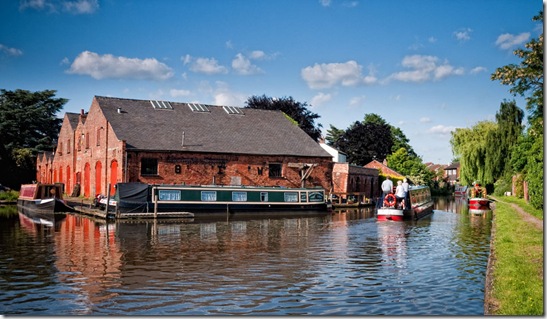 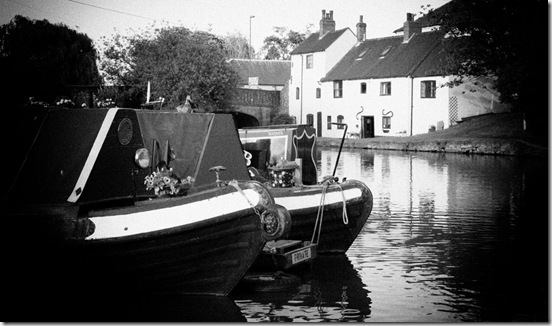 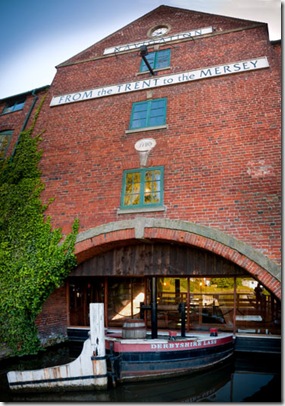 We've been forwarded a news-link about some crazy bloke who put a bet on in the 87th minute of the Slovakia/New Zealand match for Slovakia to win - he lost £20,000 and would've only won about £400 anyway - some people really do have more money than sense!  We're also pretty stoked that New Zealand did so well but the converse was true for our neighbours across the ditch - but we won't get too cocky yet!  Getting into the spirit of World Cup fever we'll probably try to find somewhere to watch the next England game on Friday night.

In the meantime, we met up with Tony, a NZ midwife colleague's dad, and had a few drinks and a meal at The Clock Warehouse - this used to be an 18th Century Mill and was restored in 1979.  The arch in the photo is where the boats used to enter to unload and is now a children's play area inside. 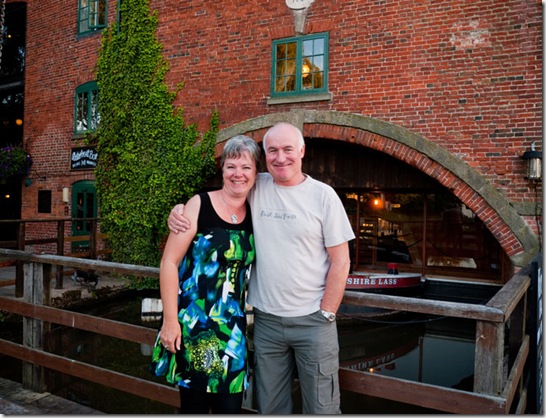 Sandra and Tony outside 'The Clock Warehouse' 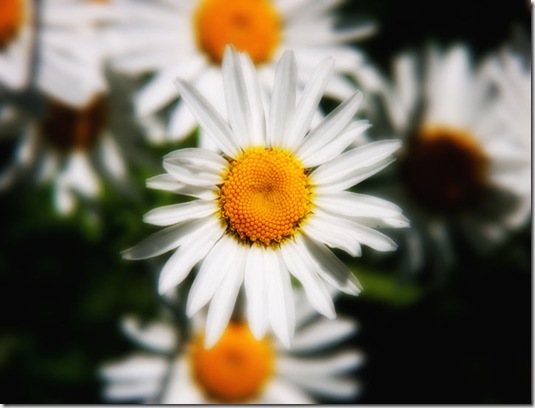 Dazzling daisies are the flowers of the day