A couple of days in Dudley (pronounced 'Dud-laay')

On Wednesday AND Thursday we visited The Black Country Museum, a 26 acre living history heritage site - what a fantastic place.  It's understandably won many tourism awards and is well worth a visit.  My parents visited us once again on Wednesday - we have to make the most of being fairly close to them while we can.  Mikey and Sophie left late Wednesday afternoon - their day visit turned into three days, bless them we had some fun together! 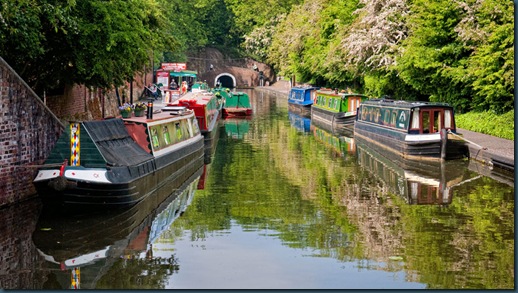 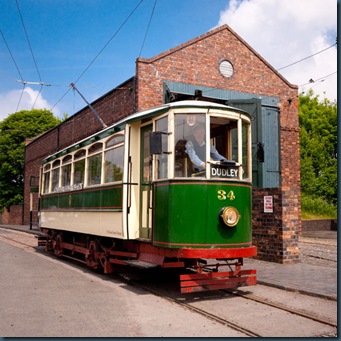 We had a ride on the tram that was kindly donated to the museum and renovated, discovering that it was also born/made in 1920, so at 90 years old is the same age as my father - they're both still looking very grand for their ages. Down but not out - photogenic ally

The only original part of the museum are the Lime Kilns - the other buildings have been retrieved from surrounding areas and painstakingly re-built to mimic a 1930's Black Country town.  There's even a school where you can attend a lesson and write on a slate board, receiving a caning from the schoolmaster if you don't behave or mind you p's and q's! 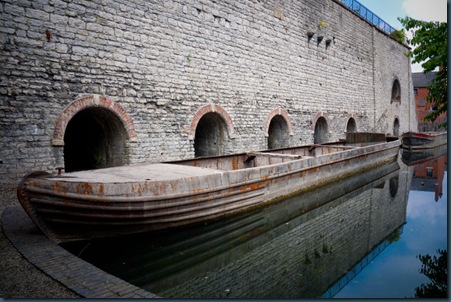 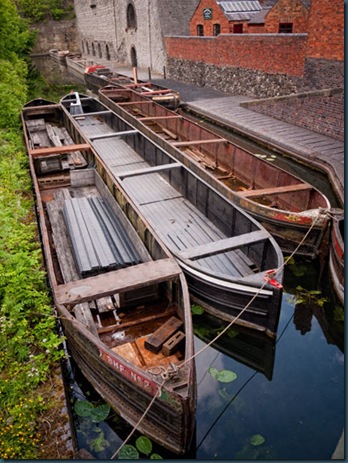 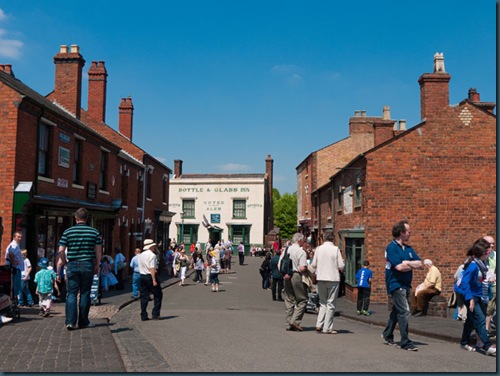 They certainly drew in the crowds during the school holidays 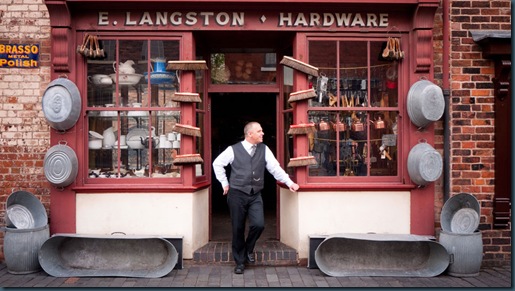 All the museum workers were dressed in authentic clothing, etc from the 1930s 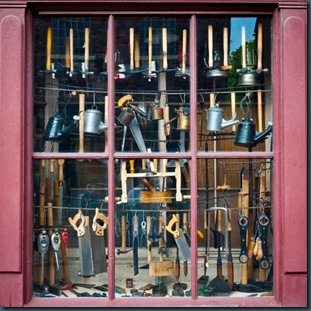 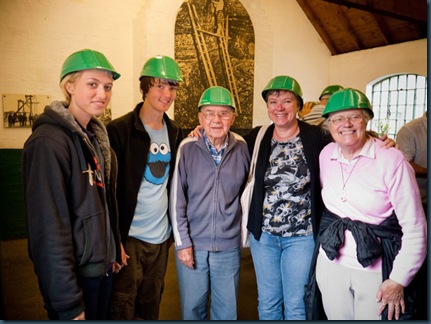 Kitted out for the underground Black Country mining experience 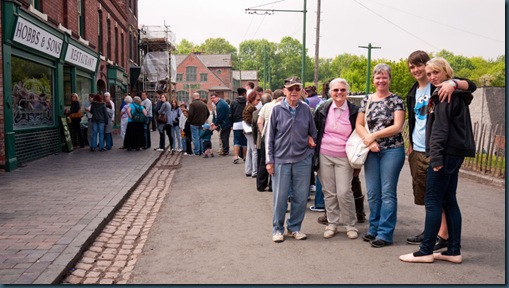 Always a long queue outside the Fish 'n' Chip shop 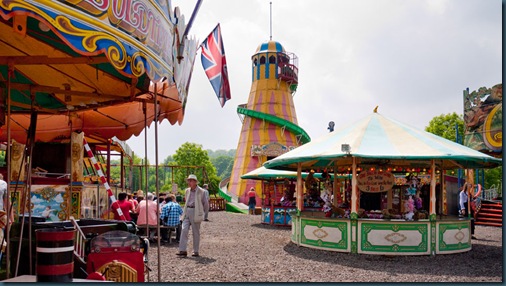 The fairground with 1930's style rides, side-shows and Helter Skelter 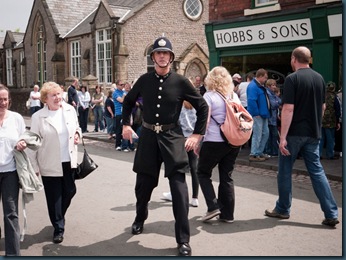 You got the wrong guy officer!! 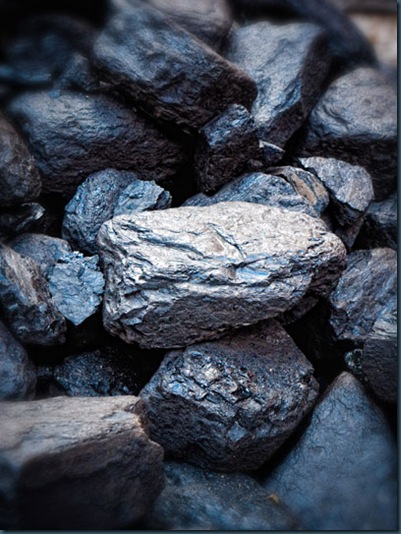 Coal in abundance - what The Black Country's all about 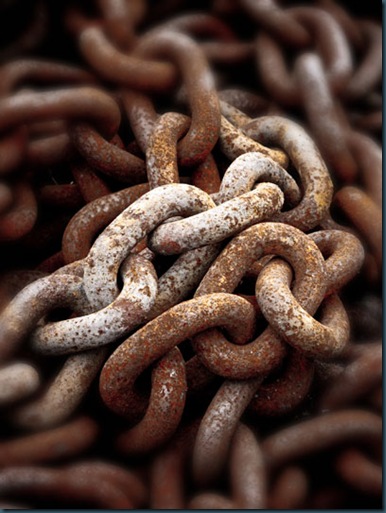 There's a Federation of Women Worker's building in the museum telling the story of the women chainmakers of Cradley Heath, who in 1910, led by Mary Macarthur, won a battle to establish the right to a fair wage following a 10 week strike. This landmark victory changed the lives of thousands of workers who were earning little more than 'starvation wages', while their male employers lived an affluent lifestyle.  Macarthur suggested that "women are unorganised because they are badly paid, and poorly paid because they are unorganised." 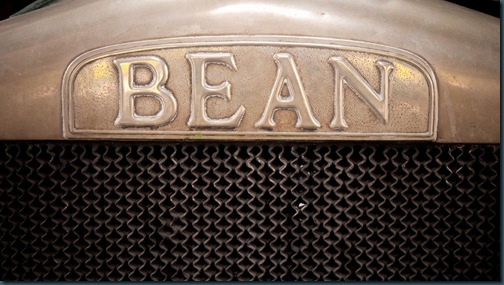 Manufacturing displays all sorts of products 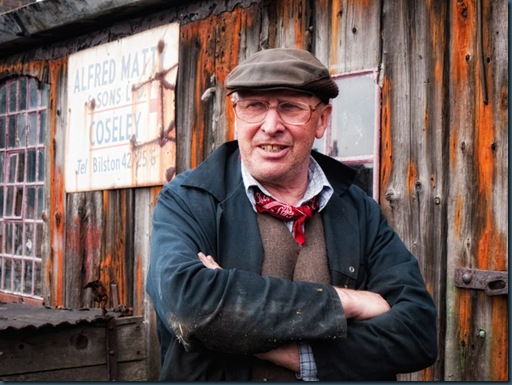 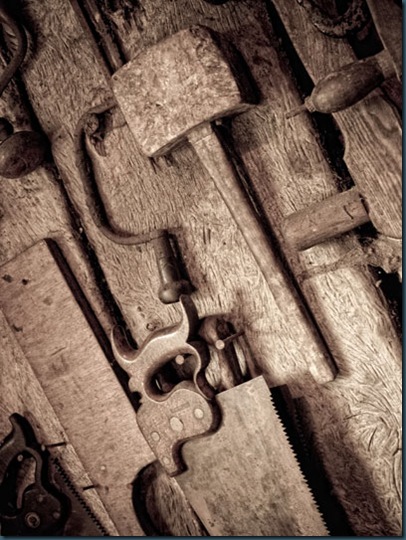 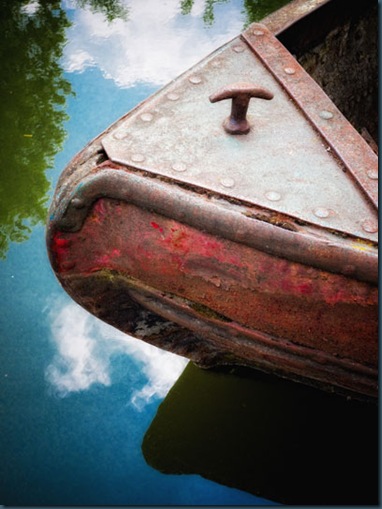 and working canal boats - are all part of The Black Country Museum - interesting stuff!

As we were in Dudley, here's five fascinating facts about the town:

I found it quite amusing to also read that people from The Black Country, just like Suttonians, are offended to be labelled 'Brummies'.  People around the world tend to relate the Black Country dialect with Birmingham, when really it shouldn't be.  However, the exact boundaries of The Black Country have been hotly disputed for many years so it's probably all irrelevant really. 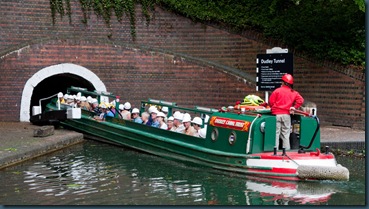 There's a BW facilities block at the museum's moorings, so we managed to pump in and pump out and do a couple of loads of washing and drying on Thursday afternoon - bliss!  Now we just need to find a supermarket to stock up ...