The towpath to nowhere …

Our friends Sara and Fred, and their youngest children Tom and Alex, came to visit us today. They arrived bearing gifts of food, wine, beer and flowers from Waitrose - a real treat. We sat outside at the wooden table on the side of the moorings for a delicious picnic lunch.

Then it was time for a short ride up the canal. Captain Barry instructed Fred on the intricacies of driving a narrow-boat, whilst Sara and I sat chatting at the front with the boys. We did do a lock each though. They were both mechanised but no lock-keepers on duty – they must work a short day at weekends. 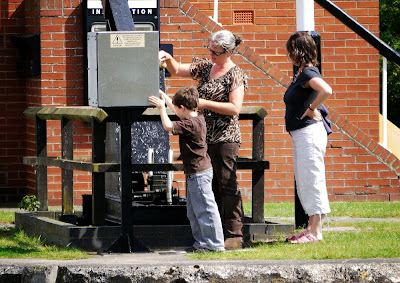 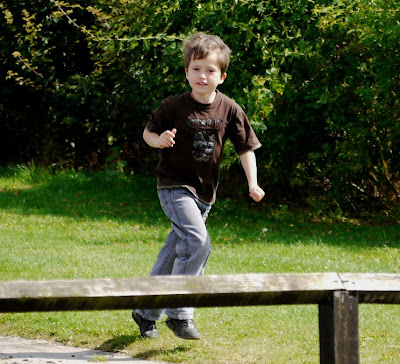 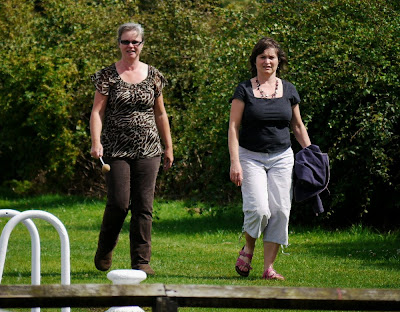 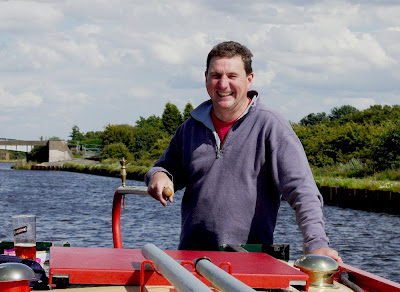 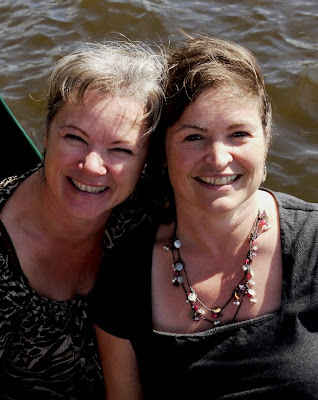 Enjoying the sunshine at the bow 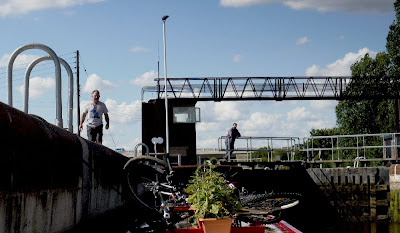 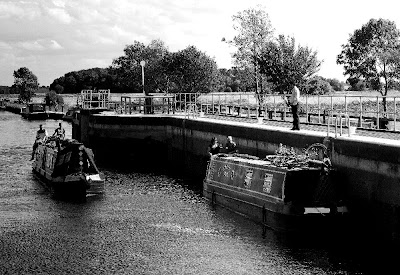 We share the lock with a couple of young guys with a line up of empty beer bottles beside them. It's a great sport this boating lark 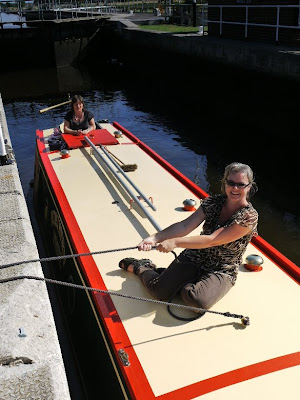 Making it look easy
We meandered along until a place called ‘Eggborough’ where we moored up for the night, about five miles from Pollington where they’d left their car. Fred had brought three bikes which were on top of the boat, and he and the boys rode back along the towpath – or at least that was the plan …
Barry, Sara and I had a walk into the village, well the nearest pub, and sat out in the sunshine getting to know the locals. One lovely Yorkshire bloke told us his life-story in less than ten minutes following an unusual conversation opener - a gorgeous, young, lithe woman, straddled sexily on a rather large motorbike who rode past. The men were literally drooling into their John Smith’s!!
After an hour and a half, I phoned Fred to see if they were on their way back, with the reply that they still had a mile and a half to go! Bless the poor boys; it seems that part of the towpath was closed due to works and they'd had to detour through a corn field amongst other things and they were understandably, absolutely knackered when they finally got back to the boat in the car. They’ll be fast asleep in the car on the way home. Hopefully next time they’ll be able to stay the night and we’ll try and arrange it so that they don’t have to cycle back to their car!
Sadly Barry forgot to get a photo of everyone together, and didn't take a shot of Tom at all (sorry Tom!!). We've planned another date in September to catch up again so we'll make amends then. 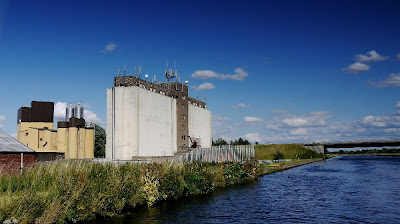 Not the most attractive area for scenery around here, though it has it's own charm

This evening we sat out on the towpath watching the sun set, while a group of people in a small cruiser nearby have been having a great time with music, barbeque, lots of booze and some canal dipping. They must be mad, but looked like they were having a great time! As I’ve said previously, we never know what the next day will bring on the canals and rivers of England … 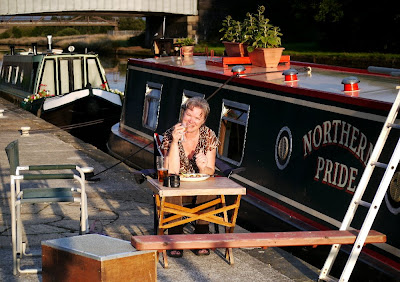 Dinner in the late sun, cheers. Note Barry's innovative seating arrangements!
This young guy from the party boat decided to bungy jump off the bridge without a bungy: 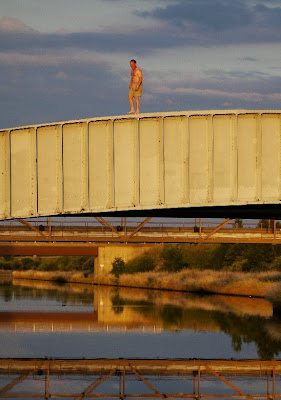 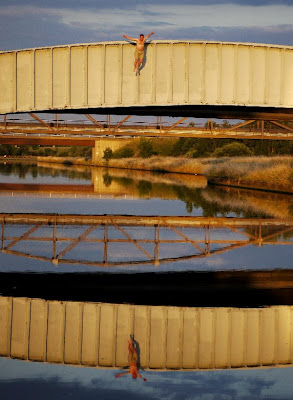 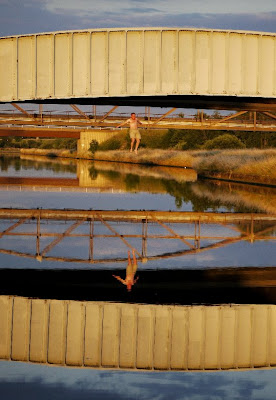 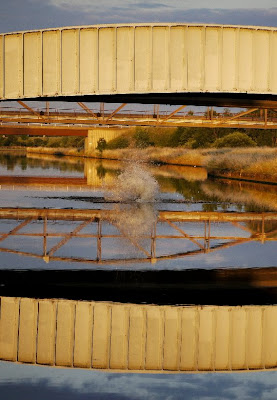 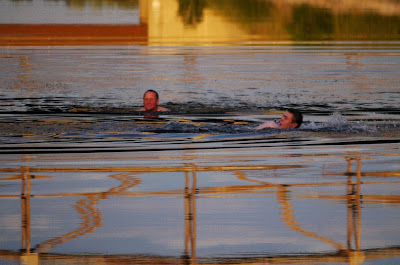 The water is deeper and cleaner on this canal I'd have to say - but would be blooming cold!! 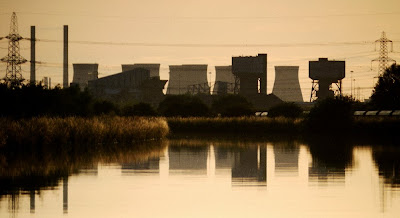 A little industrial around here

The end of a lovely day
Posted by Northern Pride