Down the Trent to Sawley

Thursday 9 July
I wanted to call this blog 'Up the Trent ...', but Barry corrected me—apparantly it's down river because we're heading towards the sea so travelling downstream. It just seems odd to me, we're going 'up north', but 'down river'!! 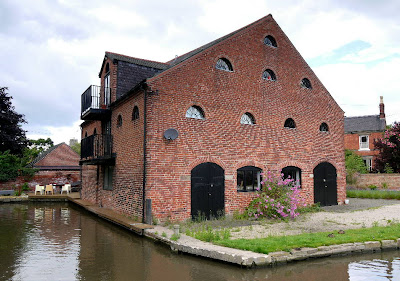 Old warehouse in Shardlow converted to a house or flats
The river levels have been high the past few days due to the heavy rain, but luckily today it was on the orange not the red so we could continue up to Sawley Marina (when they're on red you can't go further). Before we left Shardlow Barry managed to source a metal back hatch from the Marina there and got it customised to fit, so he's spent the afternoon sanding and undercoating it. The previous wooden one was starting to rot due to peeling paint, so this one will be much sturdier, a great find and at a very reasonable cost too.
My morning was spent washing, sanding and varnishing the windows of our cabin (as well as working the locks of course!). Two down three to go! Boy, they're a vast improvement now.
We've also pumped out you know what, pumped in water and diesel, and done three loads of washing at the launderette here at Sawley. Someone unfortunately left some nails in their laundry right before my wash which broke that machine, so I had to do all three loads separately as, despite the number of boats here, they have only two washing machines which seems incredible. It's been a hard working day today for us travelling gypsies!! 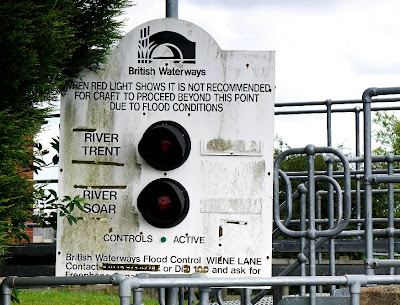 Flood control traffic lights at the entry point to the Trent River. They were red a couple of days ago

Sawley Marina is the largest inland Marina in the country, with 600 berths for boats of all shapes and sizes—and boy there are all shapes and sizes and conditions of boats here from the ostentatious to the awful! We previously visited here in April when we were looking for a boat to buy and almost bought one, but its hull was just too rusty. It's a pleasant and well-kept place though, with friendly people and a huge Chandelry (that's a shop with all sorts of boaters 'stuff' in for anyone not familiar with the term). 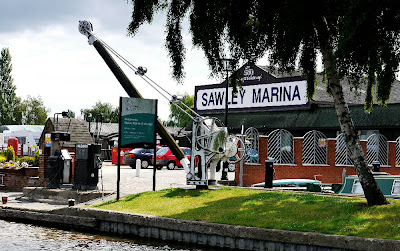 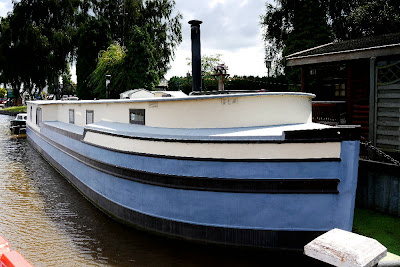 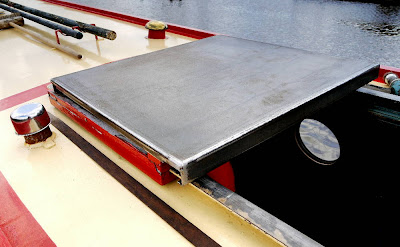 The hatch! sanded and ready for painting

Beautifully restored steam boat pulled in and filled up with coal
Tomorrow we're meeting up with another friend and her partner who are driving up from Tamworth, and they’re treating us to lunch out. The forecast is a mix of sunshine and clouds so fingers crossed!
Posted by Northern Pride