Mikey and the mooring pin

Some photos from my bike ride on Tuesday morning - before the puncture ... 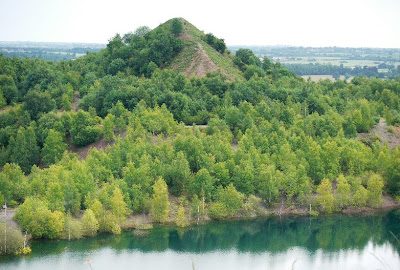 Hartshill Quarry and one of the mountains created from the spoil 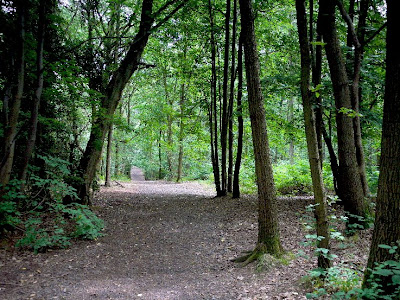 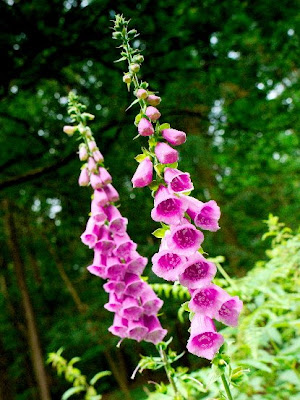 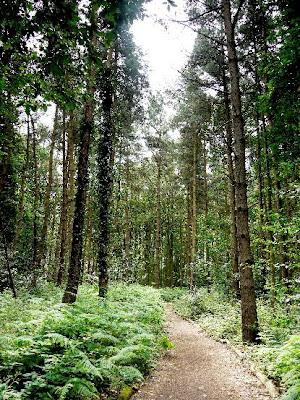 More of the bush WALK (which I rode through on the bike - naughty!) 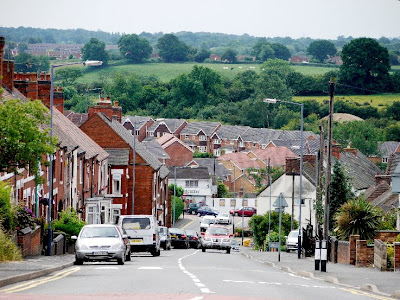 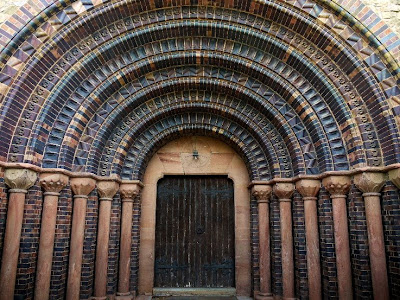 The entranceway to the local church 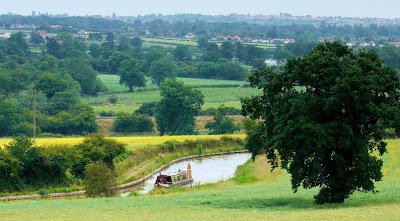 A view across the valley to the north 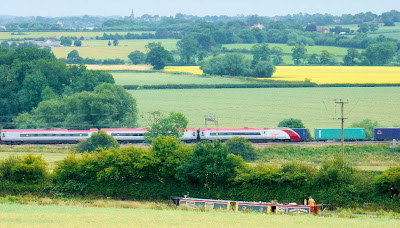 One of the 200kph Virgin Trains whizzing past 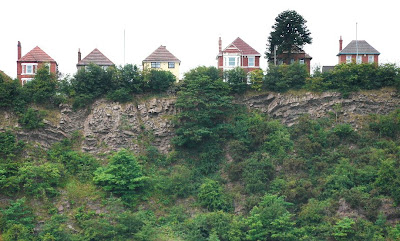 Houses perched precariously close to the edge of Judkins Quarry 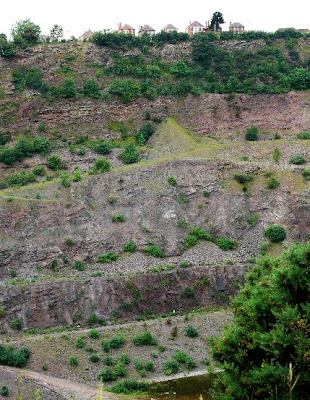 It's a very long way to the bottom 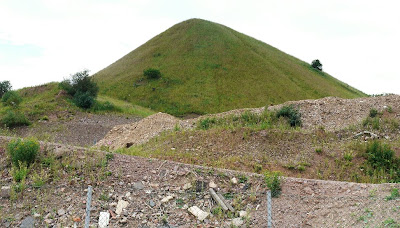 Mount Judd built with spoil from the old Judkins Quarry

Barry made it back to the boat without problem having had a good catch up with Fred in Birmingham, and I had a good girlie chat night with Diane. 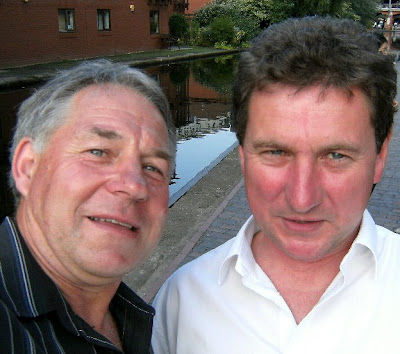 Didn't look too bad here, though we'd only had two pints at this stage! 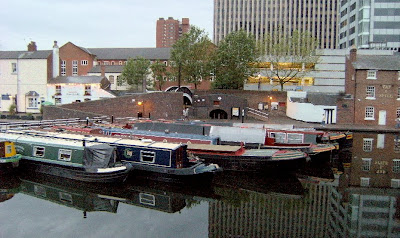 Wandered round Gas Street Basin and Brindley Place areas. Amazing how busy it was on a Tuesday night - a very warm evening

We left our mooring at Atherstone after lunch, and managed the eleven locks between us on an extremely hot and sunny day – at one point the thermometer on the lock showed 34°c! Barry said that the trains had been a bit delayed this morning because the tracks were too hot so they had to slow down to stay on. Unfortunately in Gisborne, our home town, they're having a bad winter and it isn’t only raining heavily causing flooding, but bizarrely a number of buildings in the High Street burnt down a couple of nights ago (http://www.gisborneherald.co.nz/).

We were joined by friends again this evening; Maggie, Gary and my godson Mikey. Mikey got the chance to drive the boat and did a great job – Maggie and I sat at the front and only got concerned a couple of times when we veered towards the bushes, but we suspected that it was intentional! We moored up at Alvecote Marina and discovered that I‘d left the mooring pin in the last place we stopped. Bless Mikey, he ran all the way back to retrieve it for us. 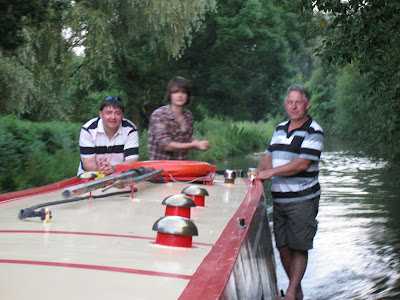 Gary & Mikey with a concerned Captain worried about his job!
We hope over the next couple of days to meet with the people who may moor our boat for us at the bottom of their garden, when we return to NZ in October, and they will advise us on the best place to buy some boat paint from in the area. We plan to get a bit of painting above the water line done over the next week or so before we move north, she’s getting a little rusty and peeling in places which isn’t a good look! 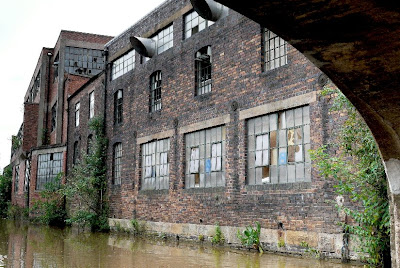 One of the staple industries in Athersone was felt hats. Sadly, but understandably, gone out of business 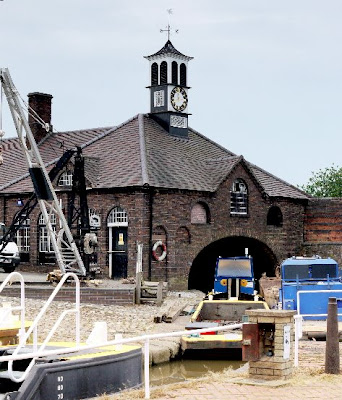 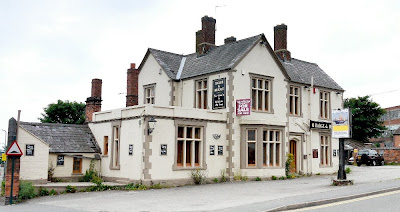