Fighting against the tide ...

Last night we succeeded in getting my phone and Barry’s camera charged by solar power in Saxilby! There’s a pub opposite the moorings there called ‘The Sun’, so we went for a couple of drinks and luckily found seats right next to a double plug socket; very handy! So we’ll be right for a couple of days, so long as Barry restricts his camera use and I don’t chat for long periods on the phone (it’ll be hard, but I think I can do it!). The things you take for granted when you have power …

We almost missed the lock this morning as we overslept and didn’t rise until 0930! Barry threatened to go to the helm naked, but did manage to throw some clothes on and got us started within a few minutes of waking.

The canal from Torksey Lock to Lincoln is called the ‘Fossdyke Navigation’ and is reported to be the oldest canal in the system, built by the Romans (by hand, amazing people!) some 2,000 years ago, and is 11 miles long. After Lincoln it runs into the River Witham following the guillotine lock, and continues to Boston and The Wash.

We arrived at the lock by 1100, so with time to spare, but the lock-keeper then didn’t arrive until after 12, having said last night that we need to be on the river by that time due to the changing tide! A chirpy chap though, so we had to forgive him, maybe he’d had a lie-in after a heavy night! 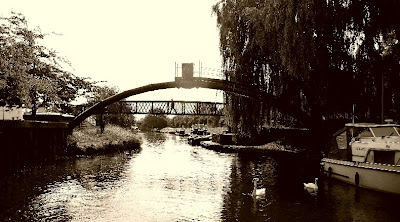 The pipe bridge in Saxilby - Barry reckons the children of the village must shimmy over this! 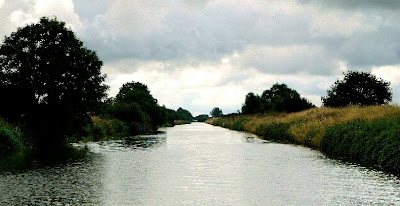 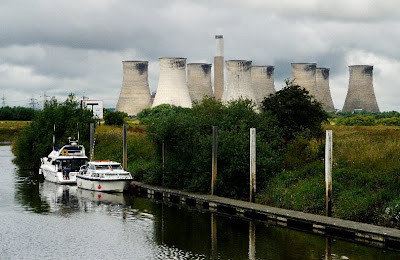 Checking out the river levels before going through the lock 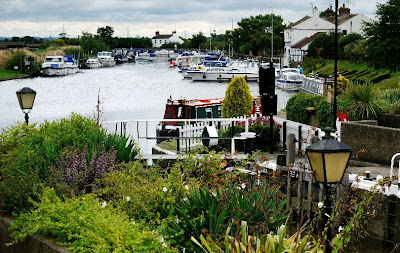 Moored up at Torksey awaiting the lock-keeper 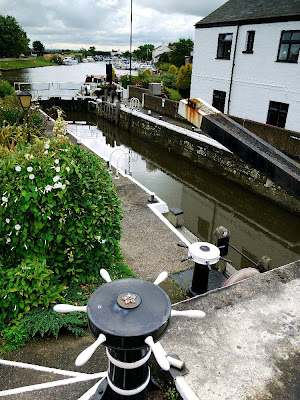 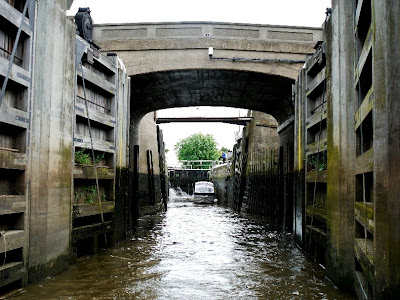 Hurrah! Through the large lock at Torksey 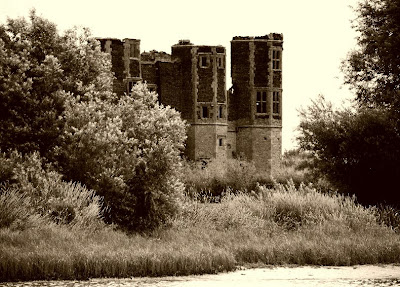 The ruins of Torksey Castle - abandoned since the 16th century
We got through after 1230, so by the time we arrived in Gainsborough, two and a half hours away, the rain had been pelting down for over an hour and the tide had turned (it’s called ‘the flood’ when this happens as the river literally floods and fills up with water!). We phoned the lock-keeper at West Stockwith who informed us we had our timing all wrong and should have left Torksey by 11! So why did the Torksey lock-keeper not come on duty until after 12 we wonder? Seems ridiculous!
Anyway, we had to moor up at Gainsborough for an hour and watch the rising tide going in the opposite direction to our poor little boat, making it rock and roll somewhat, before we carried on up to West Stockwith against the flow of the current. Certainly not the best way of doing it!

A large barge trying to beat the tide, overtaking us 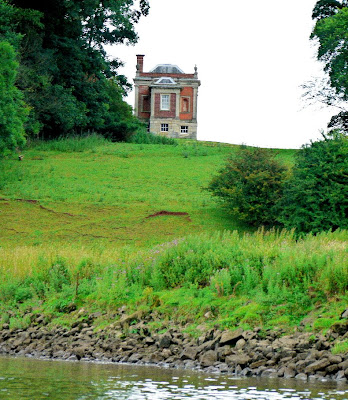 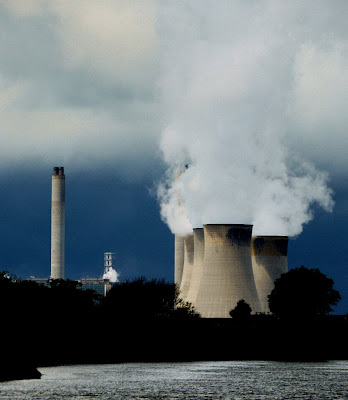 An array of red cranes - maybe yet another power station being built? 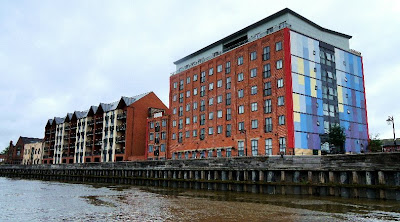 The waterfront at Gainsborough - not a soul to be seen
It was hard work trying to beat the tide, but we reached the lock in good time and Barry negotiated the entrance beautifully, the lock-keeper guiding us in remarked on his excellent driving skills. It’s a tricky lock to get into as you have a sharp left hand bend, and as you turn the current takes you with it, so you have to wait until you’re past the entrance and let the river take you in or you'd just miss it completely and get swept up river.
Barry called the place where our inverter has been sent to (http://www.sterling.power.com/) and surprise surprise, it's uneconomical to repair it! However the good news is that they've offered us a 30% discount on a new one, so it looks like we have little choice. It was too late by then to make arrangements to have one sent, so it'll be Monday before we can sort it out and at least Tuesday before we have 240v power restored. Ah well, I'm sure we'll survive intact and more appreciative of it when we get it.
The weather has turned stormy today with persistent rain and gusty winds; it must be the beginning of the school summer holidays! All those poor families driving down to Cornwall for a wet week in a caravan, a typical English summer …
Posted by Northern Pride