A calm day on the Stainforth and Keadby canal

After yesterday’s excitement, we stayed put at the moorings in Thorne today. It’s an eclectic mix of all sorts of things here: there are at least three chemists, a number of budget/bargain stores, many boarded up buildings and pubs, and far too many bakeries for such a small population – I counted three on the tiny High Street alone, two were right next door to each other! As I walked back to the boat I thought I could smell something dodgy and low and behold, there was a man just flicking ash from his marijuana joint as he drove off over the bridge -what a hilarious place.

Barry went for a bike ride in the evening and returned with similar thoughts, having struggled to find many things to take photos of!

We tried to discover what Thorne is famous for, as I’d never heard of it before, but we just got lots of tedious history that went on and on. If you’re bored and want to find out more, go to: http://www.thorne-moorends.gov.uk/things_to_do/thingstodo.html 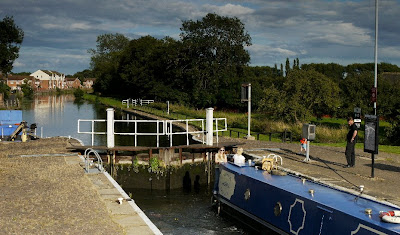 The next lock we'll come to tomorrow 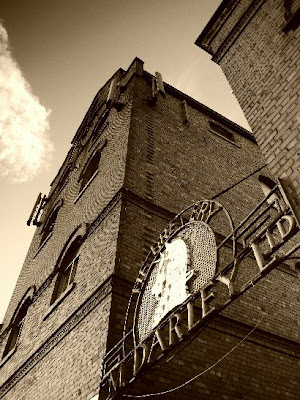 The old brewery building in town 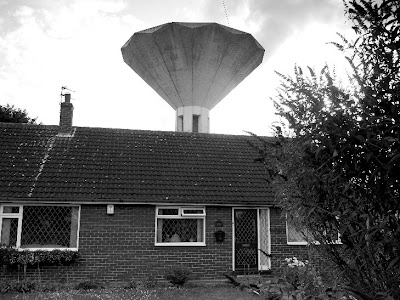 A huge satellite dish on a house?? No, I think it might be a water tower 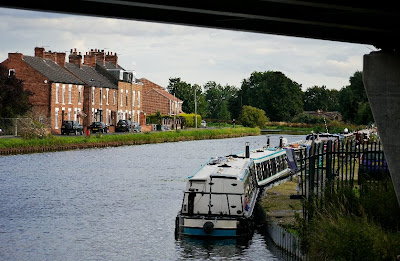 The best part of Thorne seems to be the canal 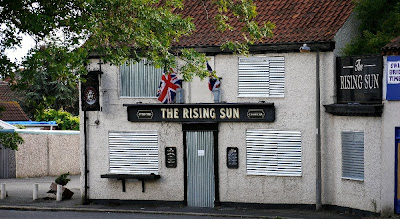 Barry's been busy most of the day with his new toy grinder now he has some power to use it, and has stripped the paint from the back deck ready for priming and painting. He’s been as happy as a sand boy in his safety goggles! 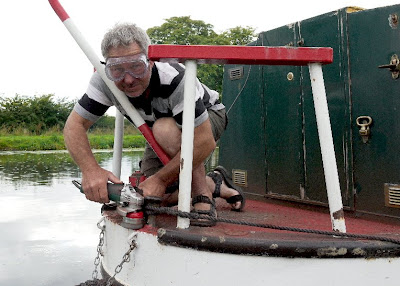 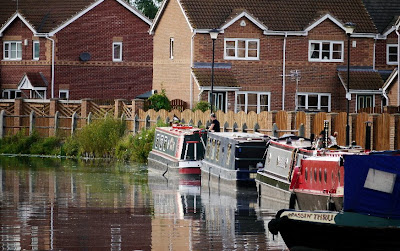