Although we forgot to take a photo of Joy and Bruce last night, luckily we met up with Joy this morning walking her gorgeous dog along the towpath ... 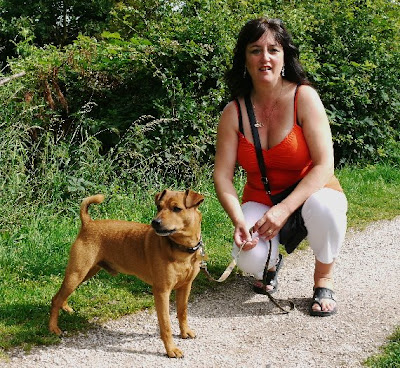 Joy & 'Bertie' met us on the towpath to say goodbye
Our third day in Tamworth and what a marvellous place this is! Growing up in Sutton Coldfield, people there looked down their noses at Tamworth but we've found that it’s a great place (http://www.tamworth.govt.uk/). Historically called ‘Tomtun', Tamworth is an original Saxon settlement, placed at the confluence of the rivers Tame and Anker, and was the capital of Mercia. King Offa, of Offa’s Dyke fame, built his palace here and also founded a mint. The three wheeler Robin Reliant car was made here until the factory closed in 1998, and Tamworth is mentioned in Shakespeare’s Richard II (Act V, Scene II, line 15 if anyone wants to check it out!). Lots of other things far too numerous to mention about Tamworth, but here's a couple:
It's the place where the 'Tamworth Sandyback Pig' comes from. There's a neat story about two such pigs that escaped from an abattoir in 1998 and went ‘on the run’! They were given the nicknames ‘Butch Cassidy’ and ‘The Sundance Pig’. The story appeared in the British national press. The Daily Mail purchased the escapees, reprieving them from slaughter, and they lived out their lives in an animal sanctuary. In 2004 the BBC dramatised the story in a film called ‘The Legend of the Tamworth Two’. Bless them, I do love pigs and I enjoyed that story years ago. Only problem is that it doesn’t stop me eating bacon and pork chops without a thought for the poor pig!
Today we found a pub with my mum and dad and they were doing meals for £1! Can you imagine that, how do they stay in business?! My dad had ham, egg and chips, Barry a ham toasted sandwich & chips – me and my mum splashed out and had a ploughman’s lunch for £2.50. The only problem is none of is sure of the name of the place, think it's the "Starcross Pub" in Church Street. A very nice beer garden in the rear with some extremely friendly, down-to-earth folks. 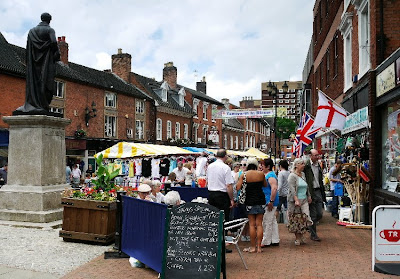 We then visited Tamworth Castle, and what a treat it was. I recall going there a couple of times years ago when my girls were young and it was good then. Well now it’s absolutely fabulous! It won fourth place in the UKTV History Poll recently – the only castle to feature in the top ten of 'Britain’s Best Historic Sites' voted for by the British public; and rightly so. The 'Friends of Tamworth Castle' should be very proud of what they've achieved (my mum and dad were members of this some years ago before they moved to Worcestershire).
It's well maintained, with just enough colourful information boards scattered around, period furniture, a number of little ‘dressing up’ places along the way (how I love to do that!!), and something Barry and I adored was that they had notices strategically placed which said ‘Please Touch’—how many historic places have that—they usually just have an infinite number saying ‘Please do NOT touch’. Very refreshing to see. And a huge bonus is that they actually seem to like visitors! The staff were really friendly and courteous, in fact we just can’t praise the place highly enough. If you're in the area go to the castle, you won't be dissapointed. http://www.tamworthcastle.co.uk/ 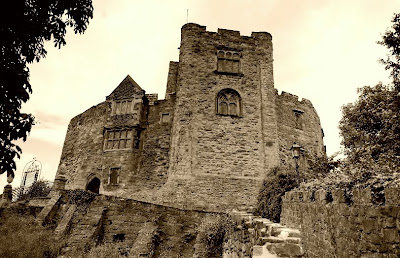 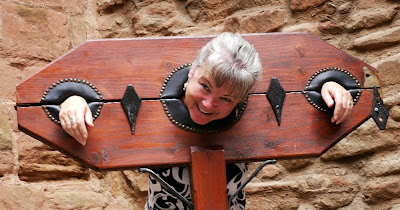 Where I keep her when not in the kitchen 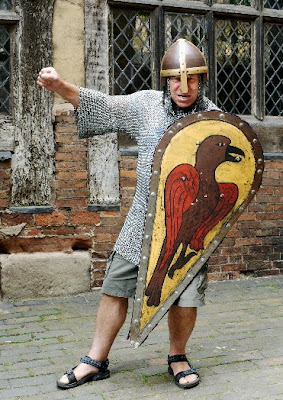 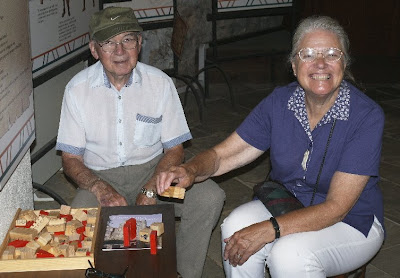 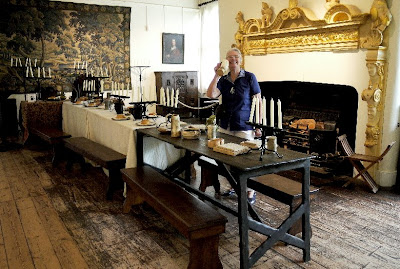 The Banqueting Hall - the richer you were, the higher up the table you sat 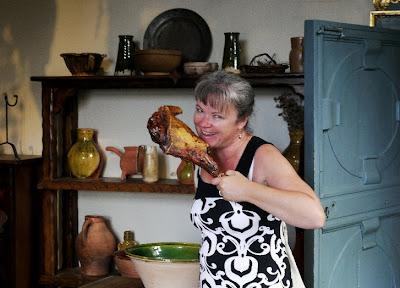 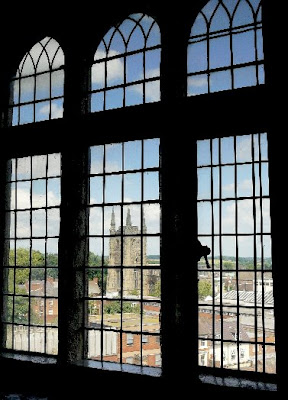 View from the castle windows to St Editha's Church 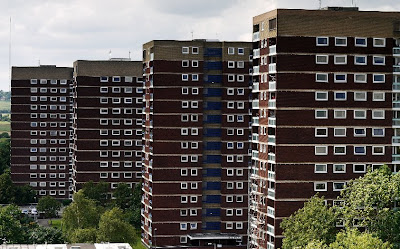 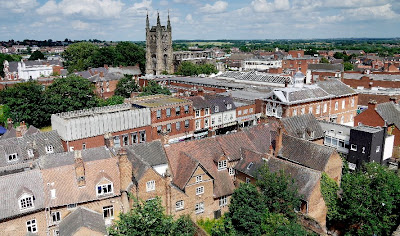 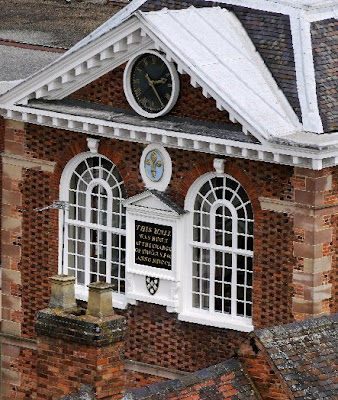 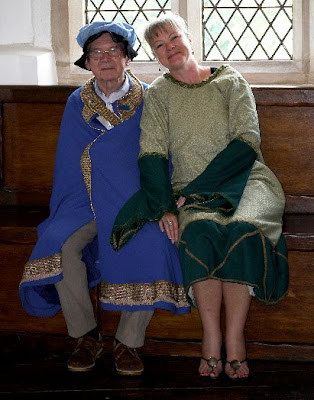 Lord Walsh and his daughter 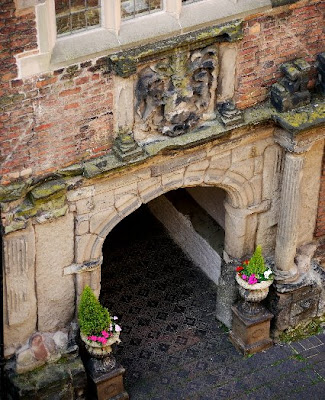 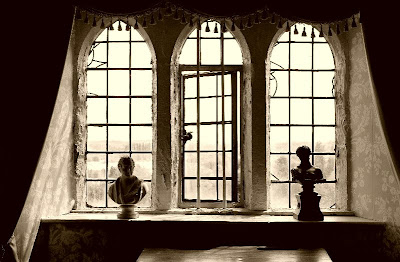 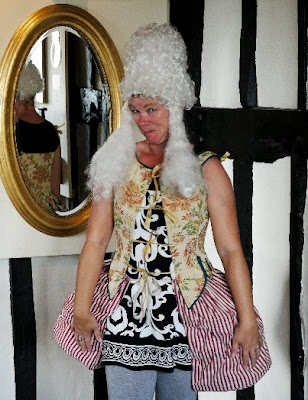 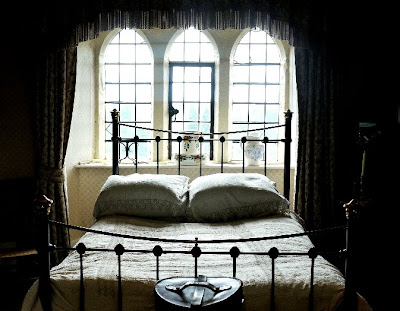 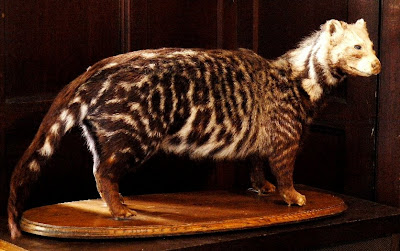 A stuffed animal in one of the rooms - does anyone know what it is??? 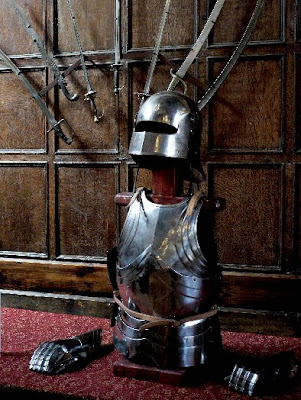 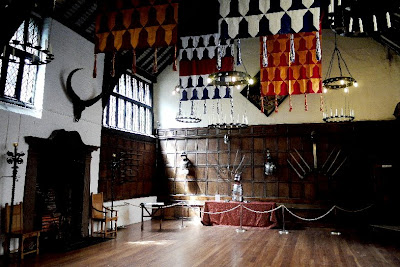 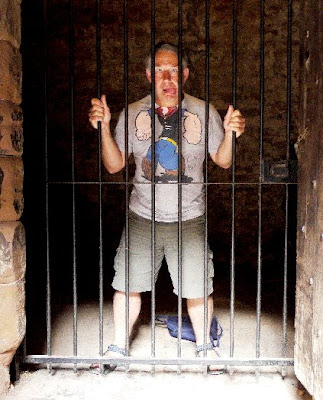 Barry is locked up after yet more silly jokes ... 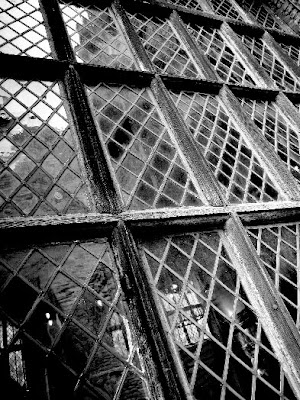 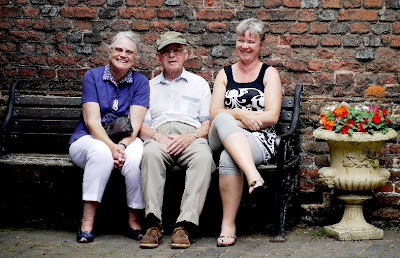 Exhausted after an afternoon at the castle 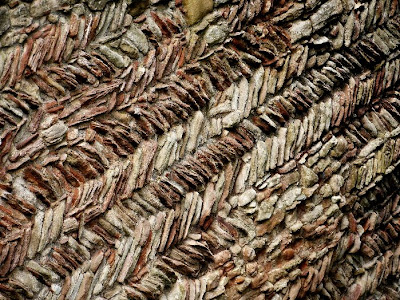 Herringbone wall outside the castle 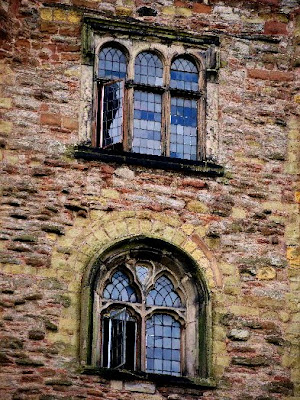 Mum and dad then came back to the boat with us, had a drink at The Anchor Inn over the bridge at Glascote (another friendly and lovely place in Tamworth, it’s full of them!), and we went for a little drive down the canal while I cooked some tea. I'm so lucky to have such wonderful parents, and it’s great to be able to catch up and spend lots of quality time with them while we’re here in England. 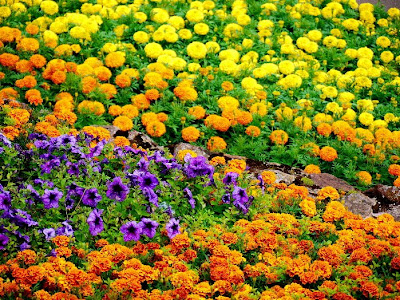 The colourful flowers in the castle park grounds 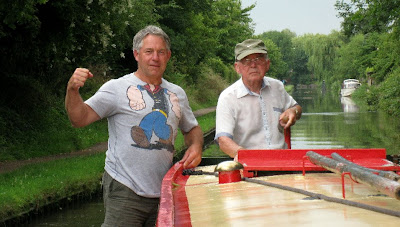 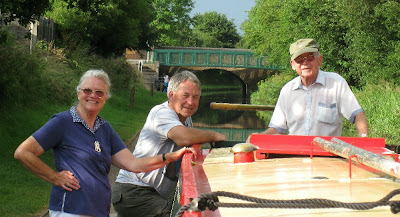 Safely moored and waiting for dinner
Unfortunately, we had such a good day that we didn’t get to the paint shop, though we'd been told by Joy that they closed at lunchtime so it would've been impossible to get there anyway. So we still have that to accomplish somehow! Ah well, we’re exactly half way through our trip today so with a bit of luck we still have enough time to get it sorted …
Posted by Northern Pride