Monday 20 July
A very fruitful day today! I had a good shop in Asda; as much as I criticise the large shops in this country it was refreshing to have the choice of foodstuffs having only found very small supermarkets for the past week or so. The problem nowadays is that if you don’t have a car it’s hard to access the big stores as they seem to be mostly located outside the town centre. This one is within spitting distance of the canal towpath; fabulous!

We then had a walk into Retford and were surprised at what a very pleasant town it is. We met a woman in Cannon Square who was looking at the information board on the cannon that had been captured from the Russians following the Crimean War in the late 19th century. She was a local woman and said that although she’d regularly directed people to the square and had lived in Retford all her life, she’d never known what the cannon was about and hadn’t read the board! How amazing! It reminds me of the book ‘The Art of Travel’ which discusses how we can live in a town, village, county, country, etc, but never actually ‘look’ at where we are. British people have tended, in the past couple of decades at least, to take holidays abroad in places such as Spain or France but often haven’t really travelled around their own country.

I certainly am feeling more and more how little I know about England despite spending the largest part of my almost 50 years living here! I know I’m very lucky to have this opportunity. 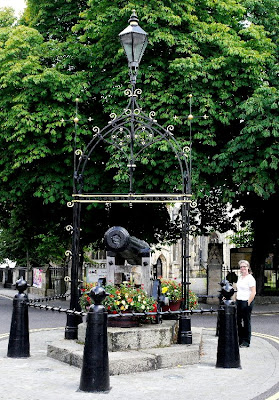 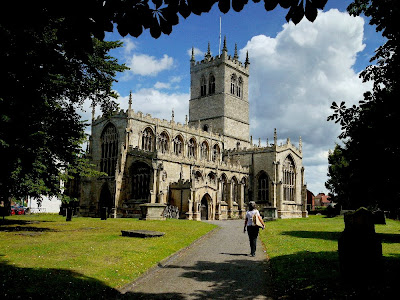 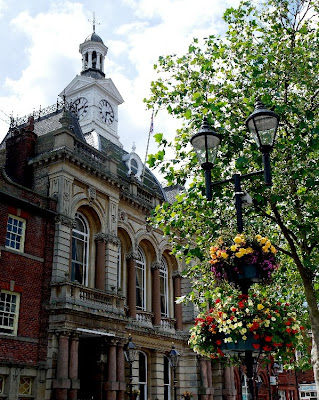 A very well kept town, with hanging baskets and flowers in abundance

We also found the bus station and a bus going to North Leverton, Barry persuaded me to take the trip while we were here. It's quite surreal travelling on a bus, car or train now after becoming accustomed to a speed of two to four miles an hour, and it felt as though the bus driver was going at 100 miles an hour - very scary!!

We’re not sure what the history of my extended family is, but hope to gain more insight when we visit Catherine, Dave and Rosalyn’s daughter. We found only one grave, that of Hilda Major, my grandma’s sister’s daughter who died when she was 14 years old in 1924. 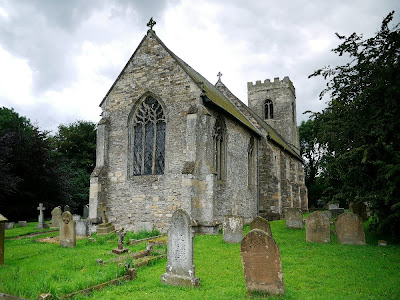 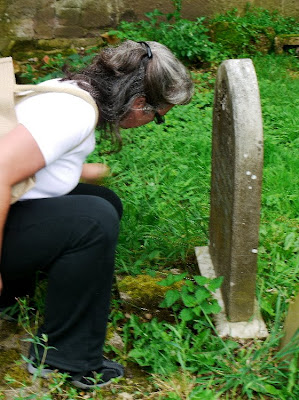 At last we find the grave we've been searching for! I even pull out the stinging nettles 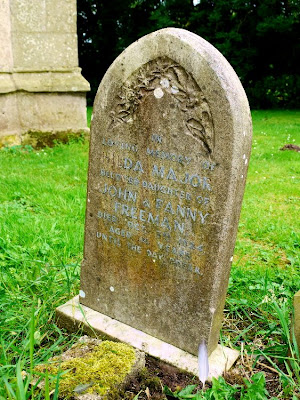 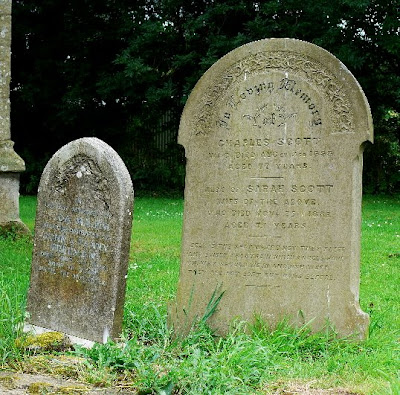 It's a bit of a mystery as to why Hilda Major is buried next to apparant strangers, and her mum and dad have a surname of Freeman. We didn't discover their graves 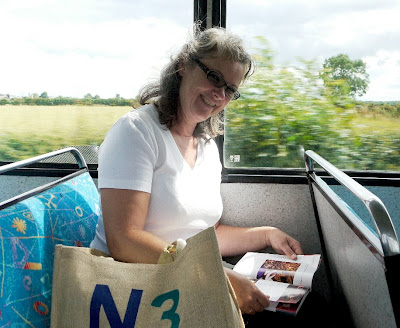 Returning to Retford on the bus 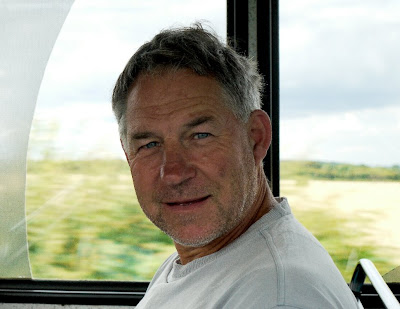 Barry's stubble face - almost a bearded Barry the boatman!
He's going for the sultry, rugged look ...
We spoke to the company who make the inverters and have purchased a new one which should be delivered to West Stockwith Lock sometime tomorrow, so once fitted we’ll have full power returned, hurrah! 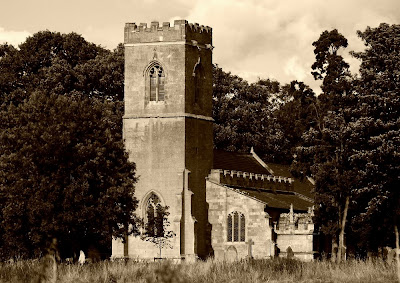 Yet another church along the way back to Drakeholes 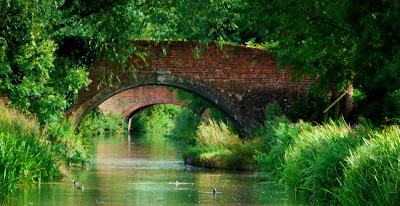 Clayworth - looked like a cool place but nowhere to moor to find out! 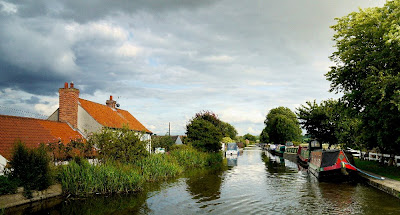 The only moorings were private and permanent unfortunately 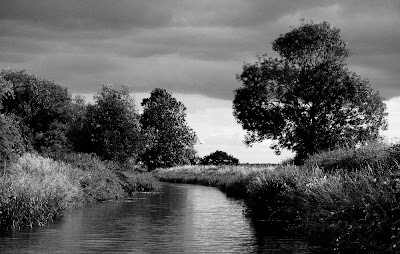 The Chesterfield canal, a typical scene 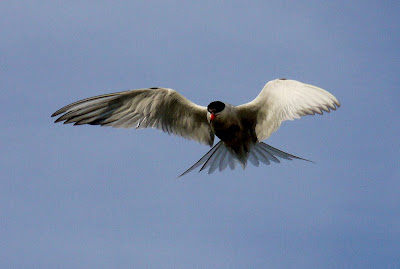 Returning to Drakeholes to moor up late in the afternoon, we were approached by another narrowboater due to the fact that we had our NZ flag flying. Pete had spent six months travelling around New Zealand almost two years ago and was passionate about all things kiwi (he had given his AA road map to Pauline and Ray who we met up with two nights ago). He now lives on his boat that he bought as a shell, and has been fitting it out for the past 13 months himself whilst travelling around England. Barry invited him onto the boat and we spent an interesting evening talking about NZ and The French Foreign Legion (http://video.google.com/videoplay?docid=-6777372516104300363&q=video%20legion%20etrangere) which Pete was in for many years. I went to bed at just before midnight and the men continued gassing for another couple of hours, and they say women talk a lot!! Then again I think Barry’s home brewed rum may have had some influence on it …
Posted by Northern Pride