Onwards to Fradley and the Trent and Mersey

Sunday 5 July
We moved out of Tamworth today, encountering the two Glascote locks immediately. Unfortunately we didn’t time it too well and the heavens opened as we came out of the first lock. At the second lock nearby, a woman came and helped us and told Barry that they were following a boat whose captain and crew had decided that due to the rain they were going to go indoors and stay there until it stopped – which is all very well if you’re moored up somewhere but they were inside the first lock! Hilarious! And there were six boats behind them waiting—they were politely (or not!) requested to continue through the lock! It certainly takes all sorts … 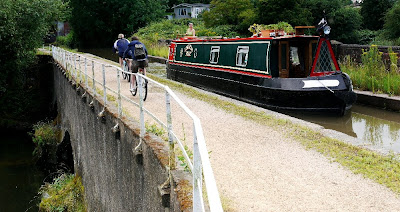 The aquaduct just out of Tamworth over the River Tame
We travelled through Fazeley Junction, a very well kept place. As we waited for the water and rubbish point we couldn’t understand why the people moored there were taking so long and fiddling about with sticks. Once they’d finished what they were doing they told us—he’d emptied his port-a-potti and dropped the lid into the Elsan disposal pot and had had to fish it back out again – OMG! We’re so relieved we have a pump out and it’s relatively simple and mess free to empty as long as you get to the pump-out in time! We stopped briefly at Hopwas and had a short walk but only found two very nice looking canal-side pubs, The Tame Otter and The Red Lion, which were busy on a sunny Sunday afternoon. 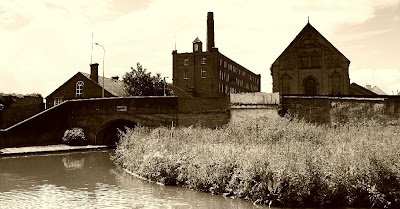 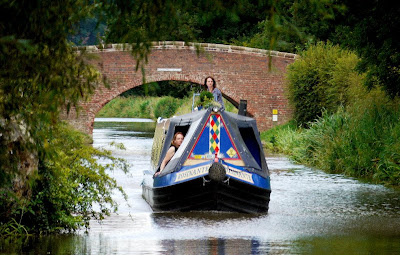 Looks like an all girl boat. Probably guys below!!! 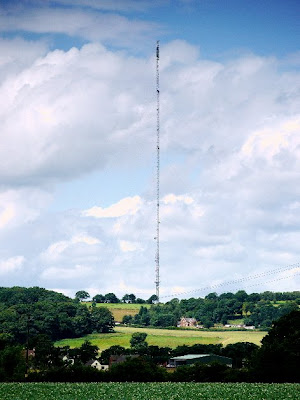 A radio mast just out of Lichfield 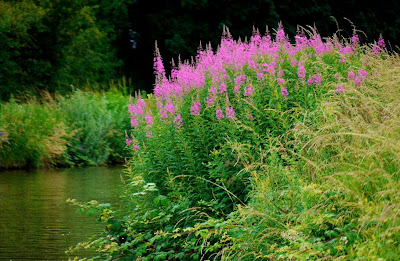 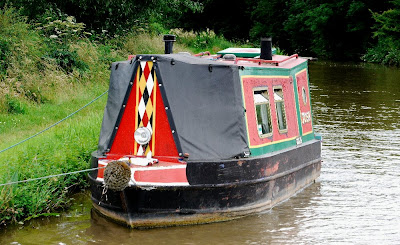 We travelled through Streethay Wharf which is where the narrowboat ‘Granny Buttons’ is supposed to be according to his blog (http://www.grannybuttons.com/), but we couldn’t see the boat anywhere. Shame as Barry has been following his blog months before we came to England and loves it. He would've gone to say ‘kia ora’ had he been visible. On checking his blog out later it appears that the boat is in dry dock having parts of it painted. I think that's probably what we should do but we just can't afford it!

The countryside has been very pleasant and there’ve been quite a number of working boats passing by—one of which we almost crashed into. They are such heavy things and when the canal is narrow it’s difficult to negotiate to pass each other and they drag you to places you don’t want to go! At one stage we thought we must’ve got weed jamming the propeller, so Barry checked it out but it was just a small piece of plastic. The canal is certainly very shallow in places here. 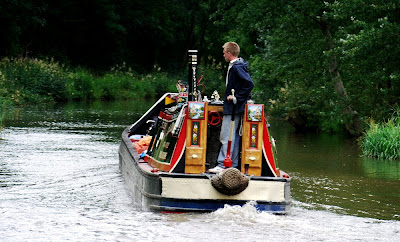 Our last stop tonight was at Fradley Junction. Goodness what a busy place! I think we must’ve got the last possible mooring here before the next set of locks—phew! The Swan pub at Fradley Junction is supposedly the most photographed pub on the canal system. 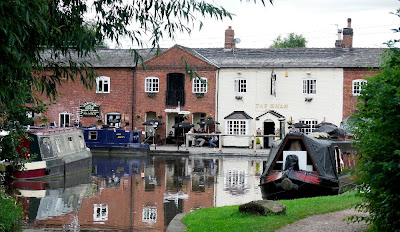 Fradley Junction with the 'Swan Hotel' in the white building 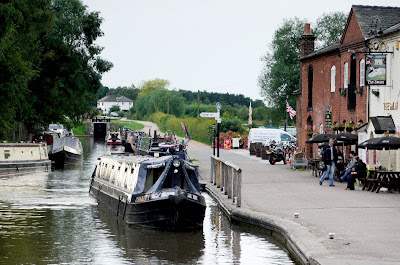 Looking back up the Trent & Mersey Canal 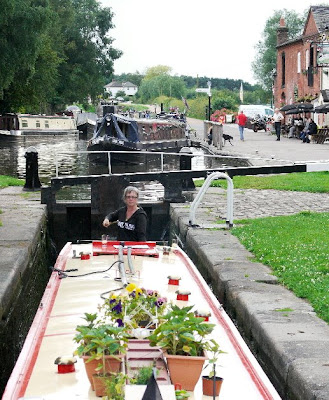 Through the lock at Fradley 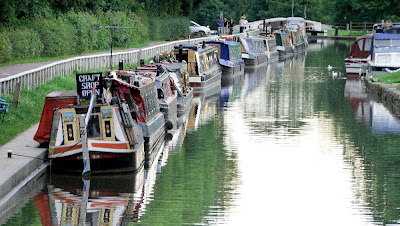 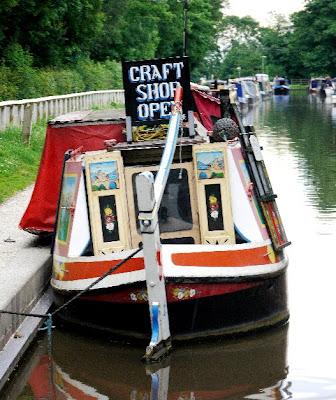 We’re now on the ‘Trent and Mersey’ Canal heading north towards places such as Barton-Under-Needwood and Burton-on-Trent.
Posted by Northern Pride