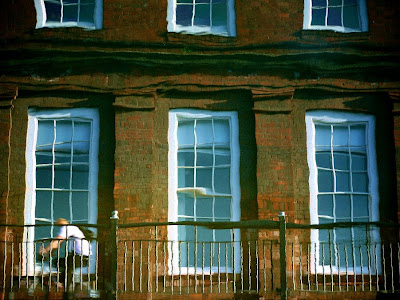 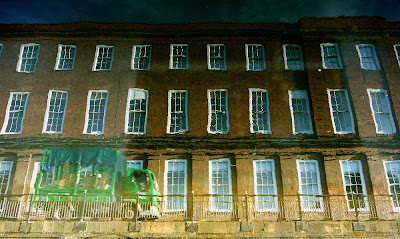 Dave and Rosalyn (forgive me if I’ve spelt that incorrectly!) came to see us this morning; we had coffee on the boat and chatted about family and life in general. It was fabulous to meet them, the last time I saw them I was about five years old and they came to our house in Walmley, Sutton Coldfield, for a weekend. I recall a photo of us all at a fountain in Birmingham and Rosalyn had long blonde hair tied back, and was wearing a shift dress. She was beautiful then and 45 years later still is. My parents are both only children so it was neat to meet some distant relations—I think we must be great cousins or something! 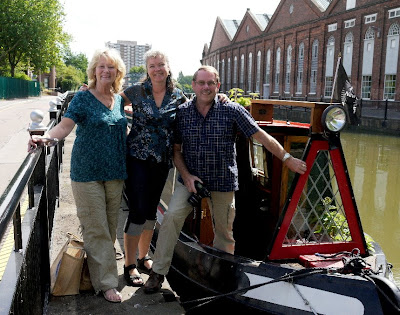 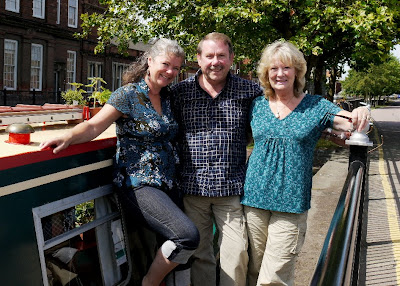 Following our visitors we set off for the Cathedral and Castle. We only looked at the Cathedral from just inside the doors as we're too stingy to pay the £5 entrance fee for the full tour, all these places add up if we paid to go in them all! We’re not really Cathedral people anyway and are quite happy looking at the building outside.
The Castle was a similar story, £4.20 entrance fee, so we just peeked inside the walls! They are both beautiful buildings though, made from Lincolnshire Limestone which is a luscious yellow colour, like many of the buildings around here. Also, one of only three copies of The Magna Carta lie in the Castle (can anyone enlighten us at what that is? We've heard of it and know we should know, but we don't!). 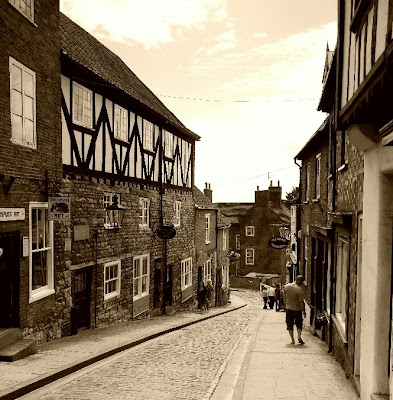 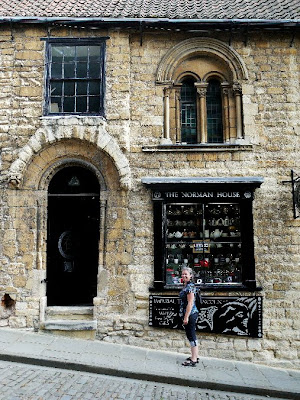 A very posh tea selling shop, in one of the oldest buildings in Lincoln 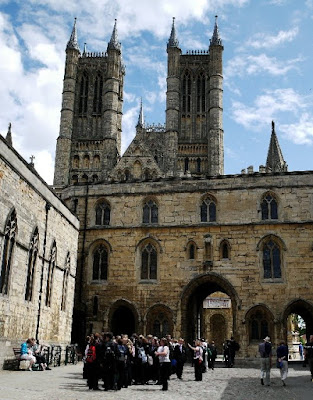 Lots of groups of schoolchildren out visiting the Cathedral - they all looked bored to tears bless them! 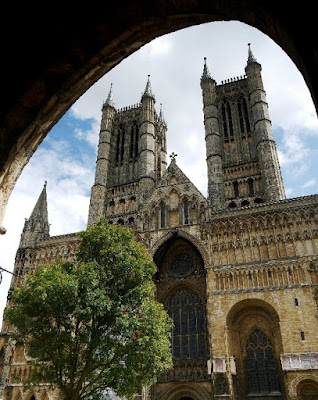 Very beautiful - the west front of the Cathedral 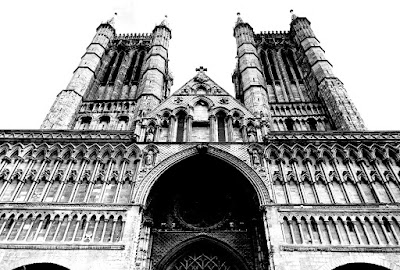 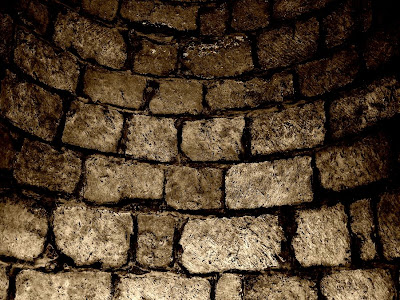 Part of an alcove in the wall 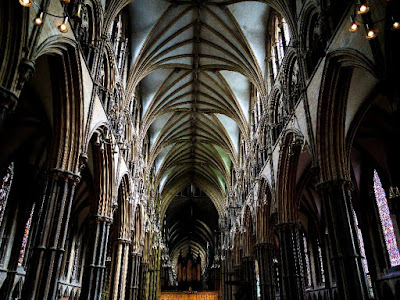 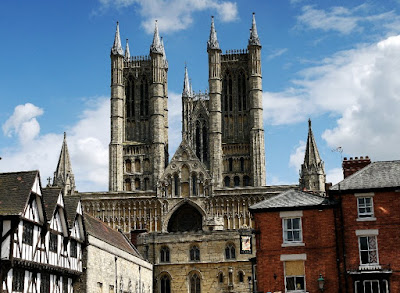 It towers above all that surrounds it 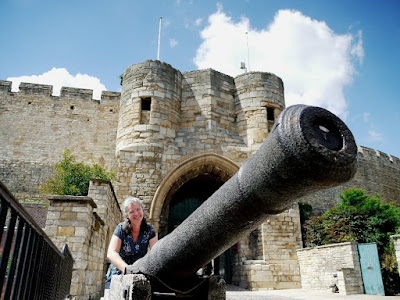 A rather large (!) cannon 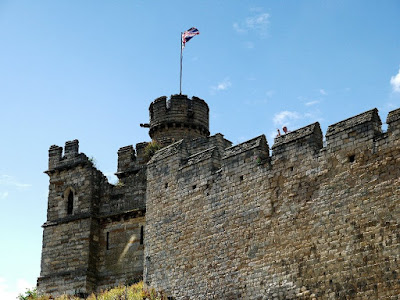 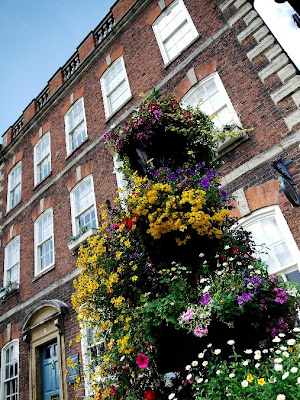 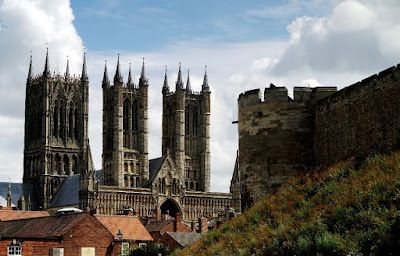 Castle and Cathedral side by side
We found a large tower across from the Castle which was/is apparently a water tower—a mighty impressive building just for that we thought! 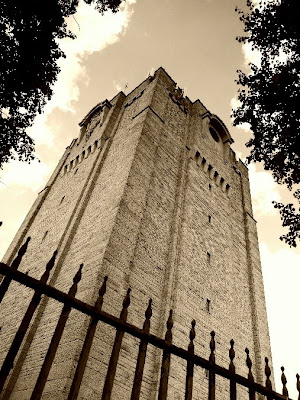 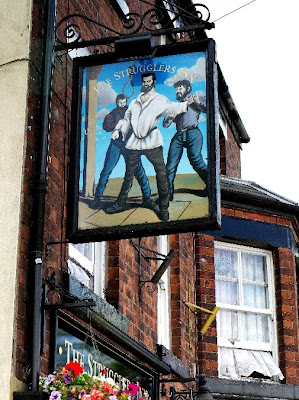 'The Strugglers Inn' Unusually named pub???
We found a place called 'The Lawn' which was a hotel, various boutique style shops, and a hot house full of plants sourced from aorund the world that had been collected by Banks, the botanist on board HMS Endeavor with Captain Cook in 1769 when they discovered New Zealand. We were very dissapointed to find that there was mention of his journeys to South America and Australia, but not one regarding New Zealand. Barry believes it's a conspiracy of the Ozzies who he reckons sponsored the whole thing on the proviso that New Zealand wasn't mentioned. I think he's just paranoid, but there may be something in it ... 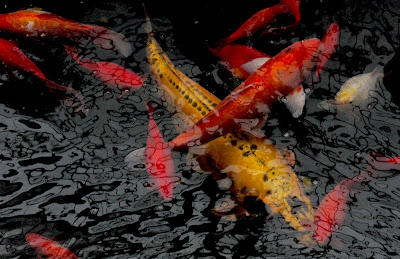 Huge goldfish in the pool in the hot house
The Lawn was a mental institution where a doctor famously treated patients without using restraint, a first in those days. 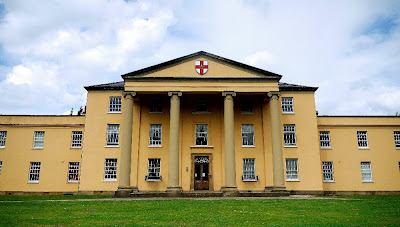 Front aspect of The Lawn building 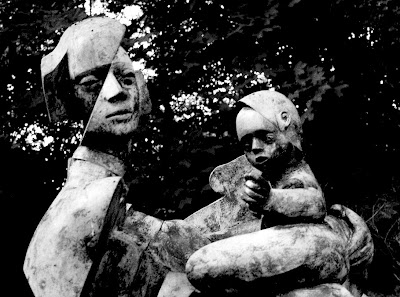 Statue of 'mother and child' in the grounds, Not sure about the split personality! 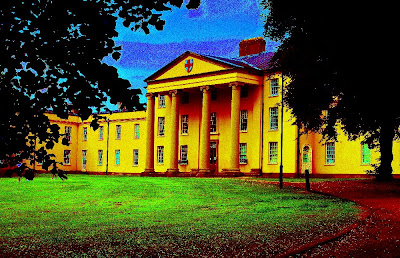 How the patients saw the world after treatment??
No word yet on the inverter, so we’re still keeping our fingers crossed that it can be repaired. We need to move on out of Lincoln in order to charge up the 12 volt batteries this evening, heading back towards Saxilby as we have to get to Torksey Lock by 1130 in the morning to catch the tide at 12 midday. We're then returning onto the Trent tomorrow to motor up to the Chesterfield canal where we may go and take a look at Retford. More about that later ...
Posted by Barry and Sandra