A spot of shopping in Oxford

It was another short trip day on Friday of about three miles and one lock to return to the city of Oxford.  The Thames flows in the far west side of the city outskirts, with the Oxford Canal hugging the sidelines - the two then finally almost merge at the end of the cut, where you enter the Thames via Isis Lock.  All the way from Godstow on the east-side there's a huge expanse of meadowland and a nature park - it's quite surreal considering there's such a large city just across the other side of the canal which almost acts as a boundary marker up to the railway station and centre. 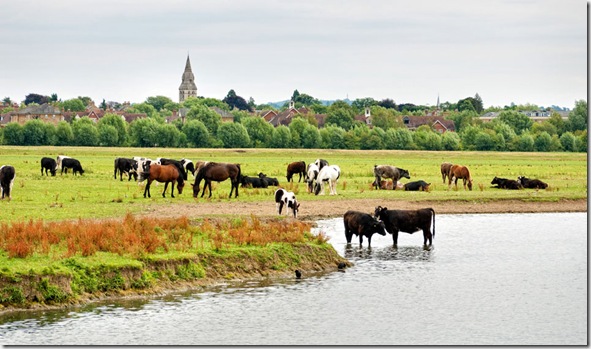 Cows and horses mingle on Port Meadow, with the outskirts of Oxford in the background 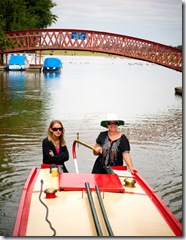 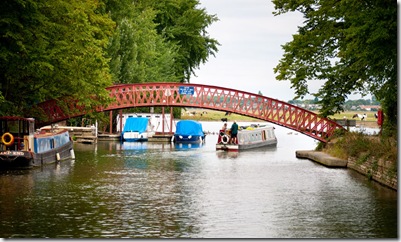 We were lucky to get a prime mooring spot just past Osney Bridge where you can moor for 24 hrs freely, after that it'll cost you £5 per night up to 72 hours, and then should you be still around you'll be landed with £75 (or was it £25?!). 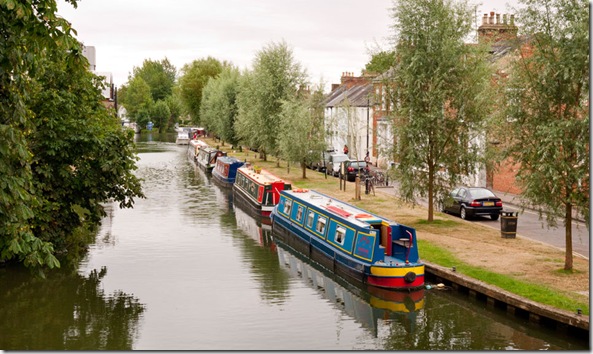 Moored up just past Osney Bridge, a short walk from the city centre

We're taking it slowly as we've arranged to meet with Helen and Andy (aka Captain Ahab) of Wand'ring Bark fame on Sunday in Abingdon, and Kim confirmed that she's staying with us until Sunday morning so we don't want to leave Oxford before then.  We also wish to make the most of our fifteen day Thames license that doesn't run out until 7 August, so will be relishing each expensive day.  The funny thing is that if we'd been staying in a hotel in Oxford, the £93.50 we paid for the privilege of being on the Thames would've been swallowed up in one night - that certainly puts it into perspective when we can moor up for free!

Kim and I took a walk into town to have a bit of girlie time.  There's a large Primark (or Primarni as Kim calls it!) store which we mooched around and purchased a few 'essential', and very cheap, items!

I'd been wanting to visit the Museum of the History of Science to check out their exhibition by the philosopher and author Alain de Botton, along with photographs by Richard Baker, titled 'The Pleasures and Sorrows of Work'.  Maybe I'm looking for some inspiration for my future career which I'm hoping won't involve midwifery at some point in the not too distant future!  However we feel about it, our work tends to define who we are and/or how people see us, and after 23 years I've reached a point where I only continue in the profession to earn money rather than gaining much satisfaction from it, and for me that's just not sufficient.  Anyway, there were some very poignant, thought-provoking photos and text on display and I look forward to reading the book ('cos I asked Kim for it for my birthday, lol!), though I'm no closer to knowing what the future holds in that regard ...

Back to reality and we then had to do yet another grocery shop at Sainsbury's to fill up with goodies, while Barry had a ride in on his bike to carry the bags back to the boat.  Of course along the way he took a couple of photos - actually I'm very impressed that he only shot two scenes, he must be almost Oxford-ed out! 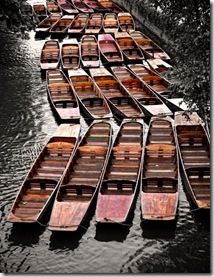 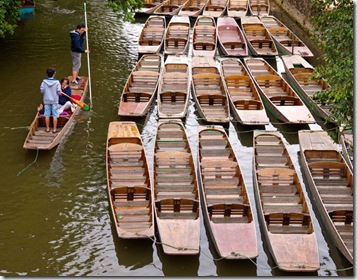 Back at the mooring there was hardly an inch of space left, and Barry was excited to see a couple of 'famous' working boats nearby, from the Candle Bridge Carrying Company ... 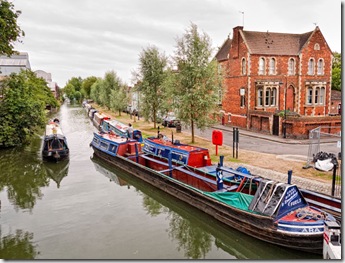 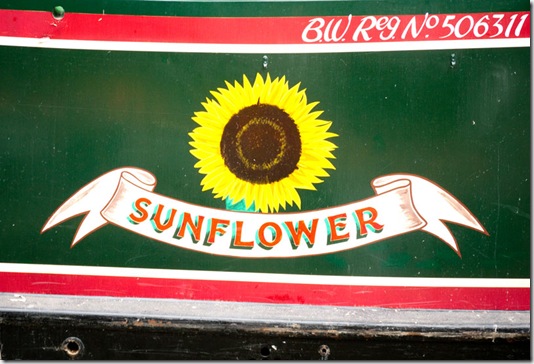 Possibly cheating and we've previously posted a sunflower - but it's Sandra's favourite flower!