Back once more to Banbury!

Poor Ray, as soon as his head hit the pillow on Monday night he was asleep - fully clothed!  He woke up wondering why he was so uncomfortable and realised he still had his phone, wallet and camera in his pockets!  Shame, Barry's home brew has a lot to answer for, and to cap it all, he banged his head on the doorframe at the front of the boat which only added to his hangover headache!  Ah well, he got a cooked breakfast of bacon, sausage, eggs, beans and toast, so managed an admirable recovery. 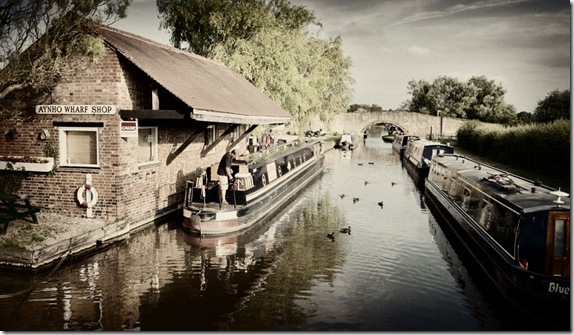 How Aynho Wharf looked the next day - with a dull head!

Barry had a chat to 'Mr Badger', one of the permanently moored boats further up the towpath, who informed him that there was a winding hole just 15 minutes away, so we set off,  did an about turn, and headed back to Banbury for the third time in four days.

Mr Badger also told Barry that the Great Western Arms had changed hands just over 12 months ago, having previously been rather 'posh' and unwelcoming to boaters.  Of course our Nicholson's guide is from 2007, so it's understandably out of date in many places - it put us off going to eat there but we'd recommend it to everyone, one of the best pubs we've visited on our waterway travels. 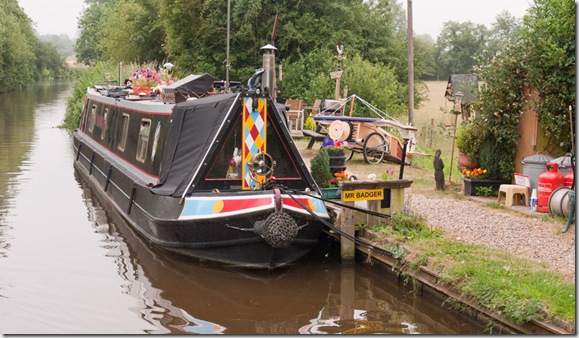 Mr Badger's boat and garden, with some interesting constructions 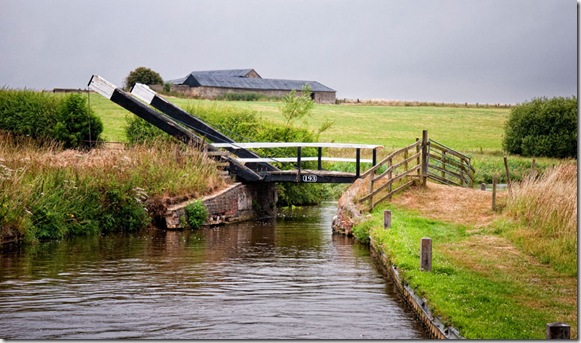 Chisnell Lift Bridge on the way to the winding hole 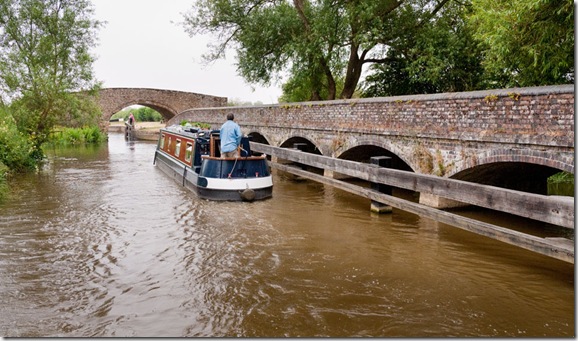 Not quite as many boaters out today - Aynho Weir and bridge 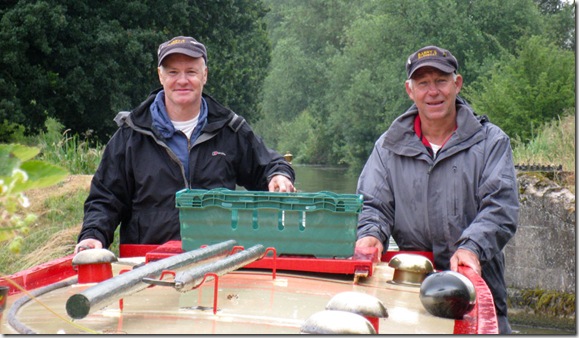 We managed to get back to Banbury by 1430hrs, moored up by the winding hole on the outskirts, and walked into town with Viv, Ray and their bags.  After dropping the luggage in the car we had a quick shop then they left us to travel to my parents to stay with them for a night - and it only cost them £8.50 for parking which is very reasonable for over 24 hours.

Thanks Ray for the use of some of your photos on the blog over the last couple of days. 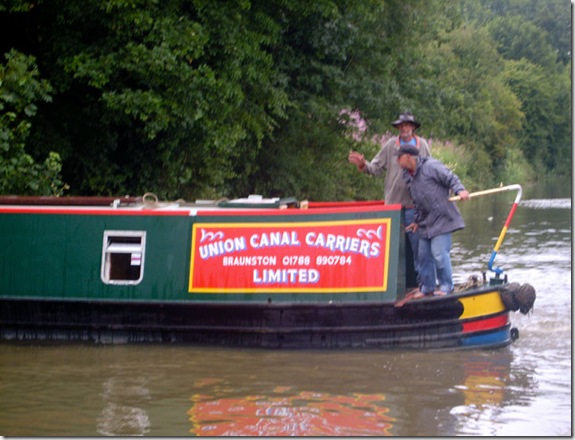 Barry and I had a wander through Banbury Museum, hoping that by the time we'd finished the rain would have too - but we weren't so lucky!  We never did get chance to visit the pub recommended in Nicholson's and also by Ray, one of our readers, but you can check out 'The Reindeer Inn and the Globe Room' at http://www.hooky-pubs.co.uk/english_civil_war.htm to read more about the pub and its connections to Oliver Cromwell and the Civil War.  We really should've made time, but it's impossible to fit everything in! 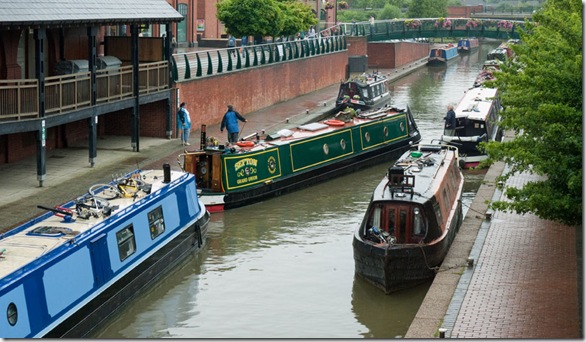 View from the museum walkway - pouring with rain!

I can't let us leave Banbury without finding five fascinating facts - we've really enjoyed our time here, it seems like a place we could live in if we ever came to England to live: 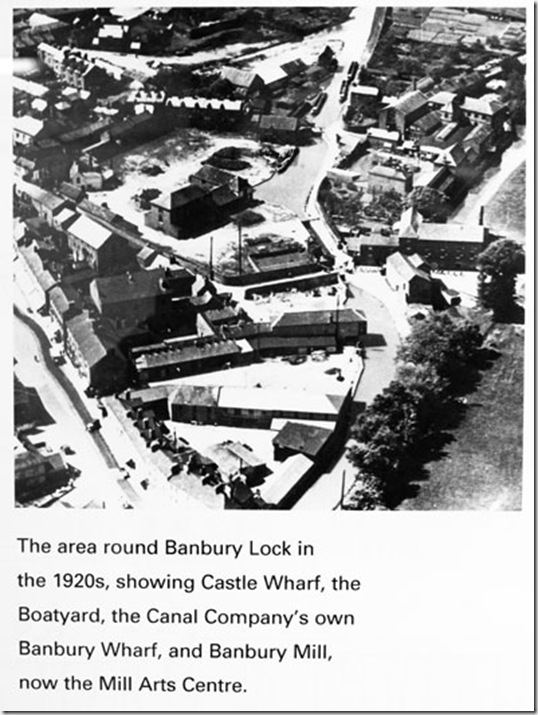 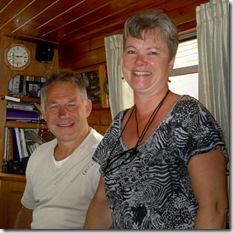 We moved just a little further from Banbury for the night as we need to get a fairly early start on Wednesday to get to Lower Heyford, where Sandra is catching the train to Droitwich to meet at her parents house with her younger daughter, Kim, for a day. Nice and vivid to brighten up a cool, wet day