Lovely locks on the Thames

I did most of the driving on Saturday so Barry could get up to date with his photos, though he did emerge at each lock as we have to go in, bring the boat to a stop using the engine rather than the ropes, whilst at the same time attempting to get a rope around a bollard at the side of the boat fore and aft and then turn the engine off!  It's a bit of a feat to manage simultaneously, and I failed much of time!  Luckily the Lock-keepers are friendly and help out whenever they can - there's so many inexperienced hire-boaters, never mind experienced owners who can't manage it - they'd have to be patient or they'd go crazy every day.

Leaving Newbridge - The Maybush Inn on the right

The locks are all so well kept, with beautifully manicured gardens, so despite the frustrations of boats coming through the locks (!) it must be a sought after job.  Having spent a few years of my career specialising in recruitment and retention projects, I'd love to see their person specification and job description.  It's quite refreshing to have the locks done for you, apart from lunchtimes when they're on 'Self-Service' - but even then it's so easy to open the gates with the large wheels that they're a pleasure to operate. 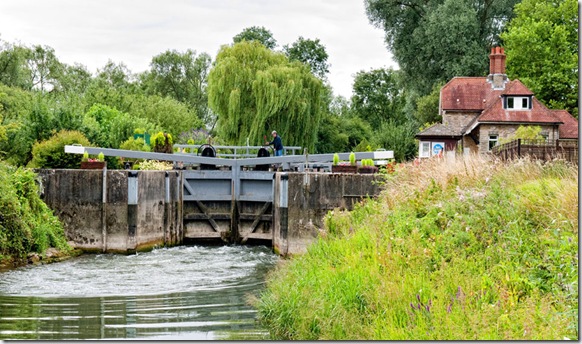 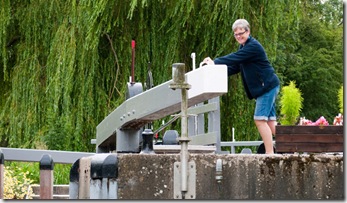 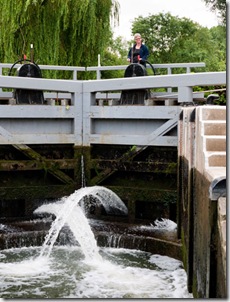 Self Service at Shifford Lock - it's a doddle! 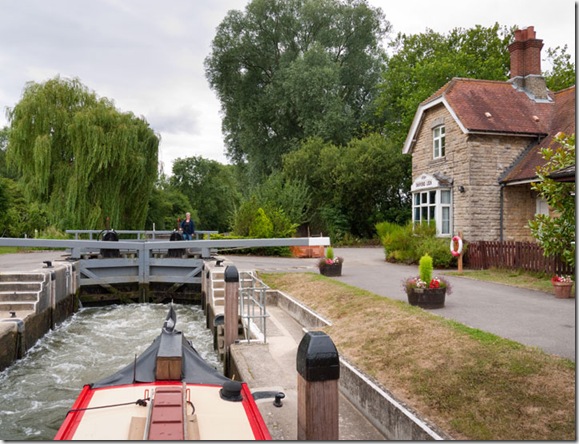 Much of the Thames to Lechlade is very rural, here's some photos of the journey today ... 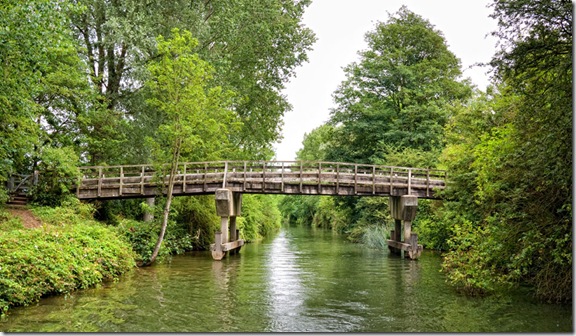 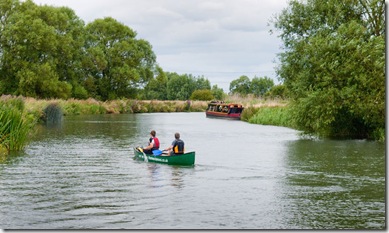 Lots of kayakers on the river 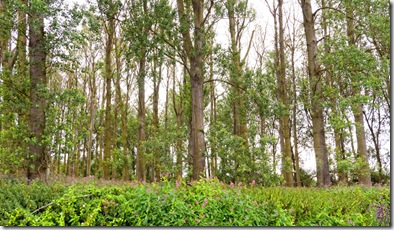 These tall,straight trees are grown for Bryant and May - the match-makers! 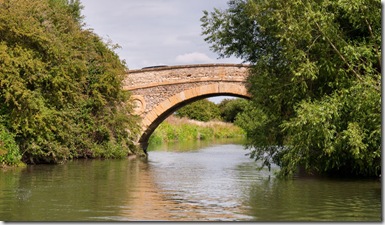 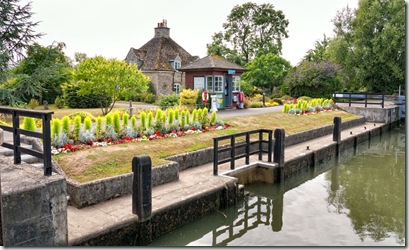 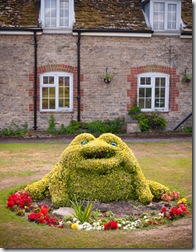 Look at these gardens!  And even a frog watching over as you pass through 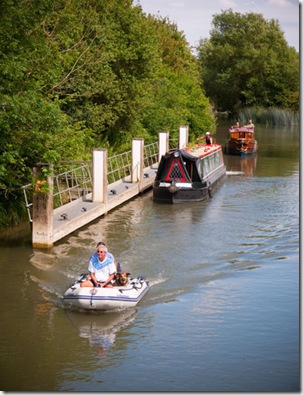 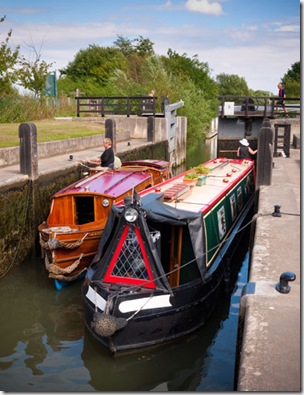 A conglomeration of crafts - anything goes for messing about on the river! 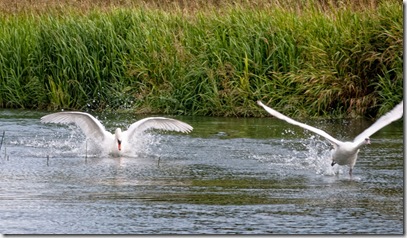 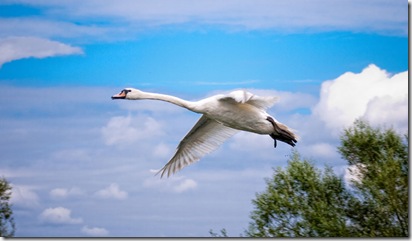 Amazing but rare to see a swan in flight 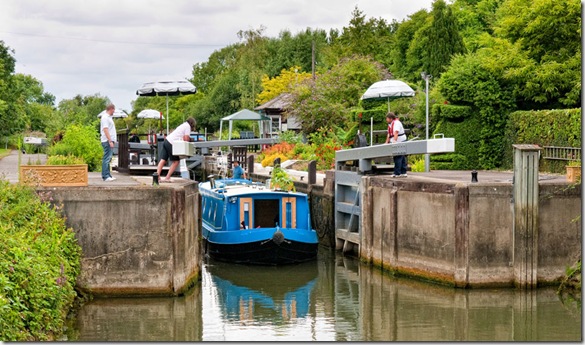 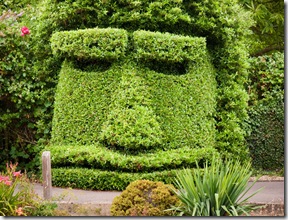 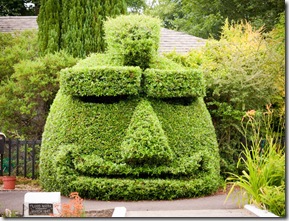 Wow!  Look at this for topiary! 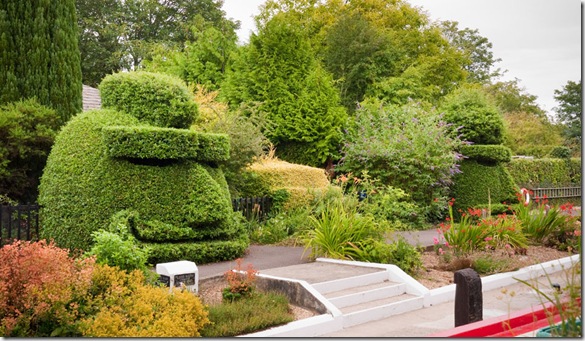 We moored for the night at Radstock, and went for a drink at The Swan Hotel which was amazingly quiet for a Saturday night, but there was a Folk Festival on at The Trout Inn at St John's Bridge a few miles up the river so maybe that's where everyone was?

This time we discovered the oldest surviving bridge on the Thames, to the left of another bridge that was built more recently after the Thames split into two.  The triple-arched old bridge was the scene of a skirmish during the Civil War when Prince Rupert's Royalist Cavalry pounced on Oliver Cromwell's men and marched to an attack on Farringdon, two and a half miles south of Radcot. 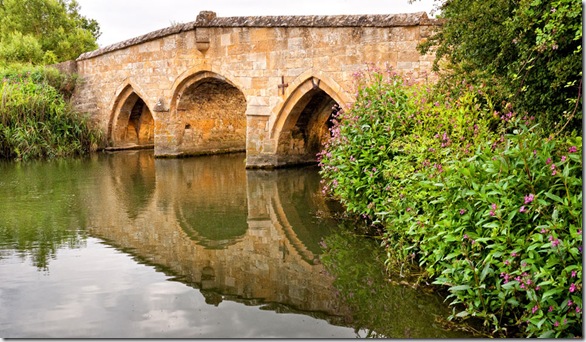 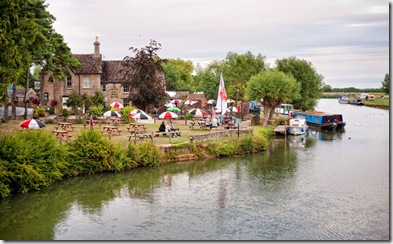 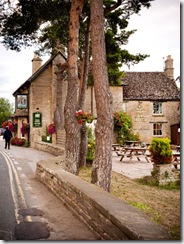 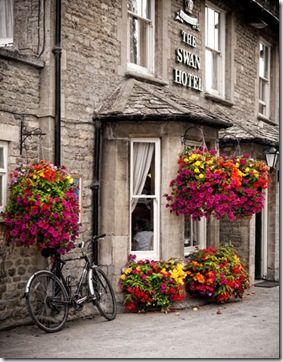 Front of The Swan Hotel and the barn out the back

We moored against the river bank a little precariously, and had to use our plank to exit and enter the boat - but as the Thames is fairly shallow at the moment due to water shortages, we were lodged on the bed of the river so the boat didn't move once we were pegged in!

We had it confirmed on Saturday that Kim, my younger daughter, is coming to stay with us next week for a few days, so we'll get to Lechlade on Sunday and I'll travel back into Oxford on the bus to meet her and bring her back to the boat - how wonderful! 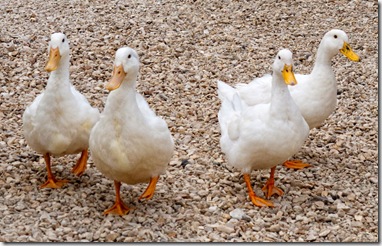 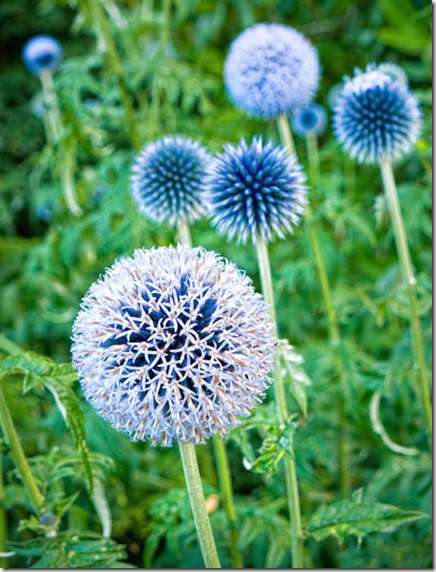 These are truly stunning - would love to know what they're called?