On to the 'City of Spires'

Before we left Thrupp on Sunday, I took a walk to the gift shop to make a couple of purchases and was happy to get a chance to see Maffi, Bones and 8ch again and say 'farewell for now'. 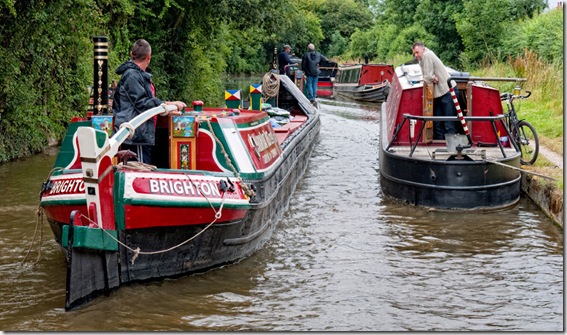 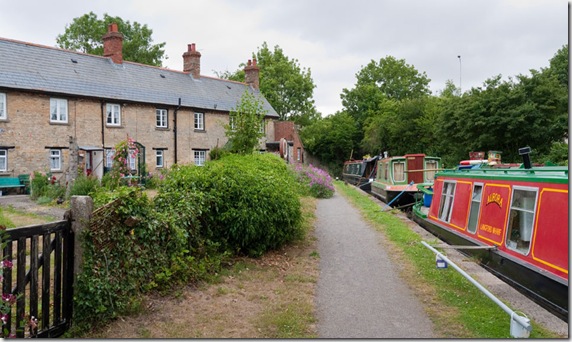 At one of the locks I got chatting to a man and woman from France - well Delphina has lived in Oxford for ten years and I think she said she originally came from Toulouse, and Boris, her brother, was visiting from Bordeaux.  I offered them a ride in the boat down the lock and they excitedly accepted - Barry took a few shots of them and then Boris took a few shots of us!  Smashing people, good to meet you. 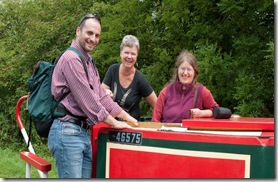 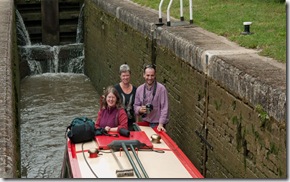 Boris, Sandra and Delphina coming through the lock 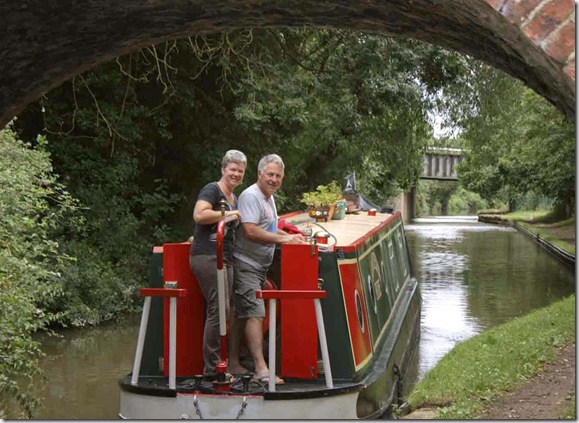 A photo Boris took as we headed away - au revoir! 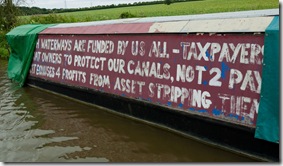 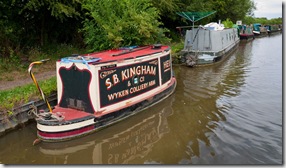 It wasn't a long way from Thrupp to Oxford - about six miles and four locks.  We caught up with the Hen party girls on their boat 'Brasenose' at the locks - they were all still looking gorgeous despite their shenanigans the night before at The Boat Inn until 2am!  Shame we left 'early', it seems there'd been some naughtiness in the shape of partial clothing removal by a few of the chicks involving tassels  (I'll leave it to your imagination to work out the exact details!). 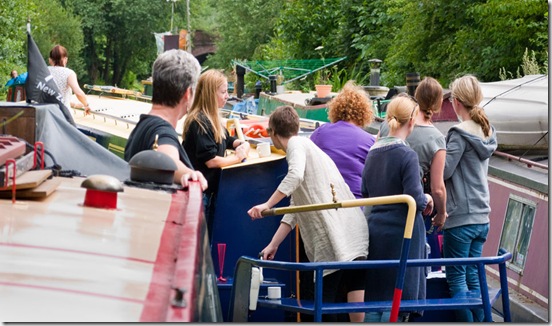 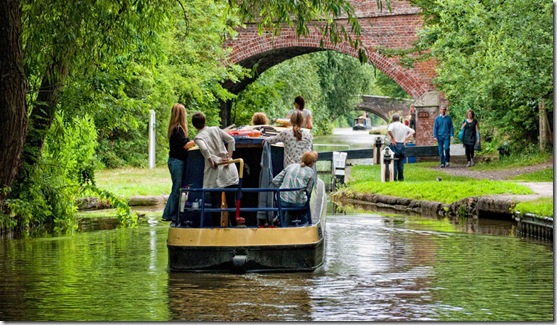 Is this called a hen with a flock of chicks?

Surprisingly there were quite a few moorings in Oxford, some of them you can stay at for up to fourteen days (but a bus ride from the city centre) - mostly they're for 48 hours only.  There's an eclectic mix of live-aboard boats along the canal too - some of them are real eye-sores which is a shame, but we've found that's true of some permanent moorers, just as it is on land.  We wonder if there's a belief that it'll be so much cheaper buying a boat and living aboard, and subsequently some people discover they don't have the money, time or resources to maintain the boat?  Of course there's also the question of storage space - could be why the roof is used for collections and clutters of all sorts of 'stuff'? 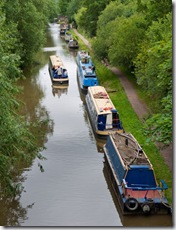 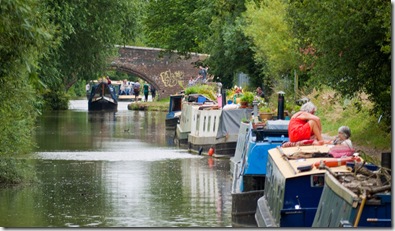 Lots of moorings as we approach Oxford 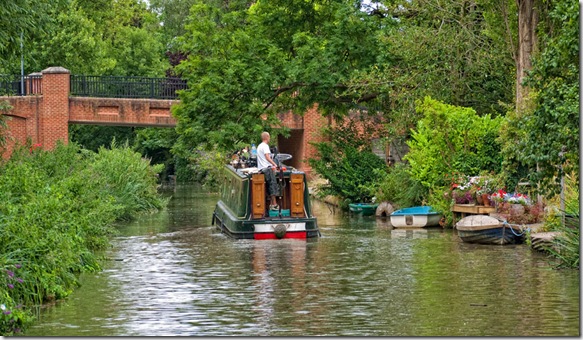 The gardens get more interesting as you near Oxford 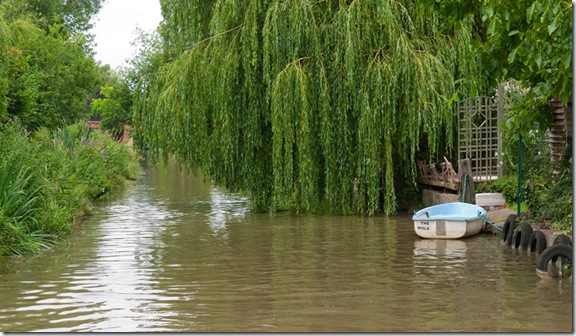 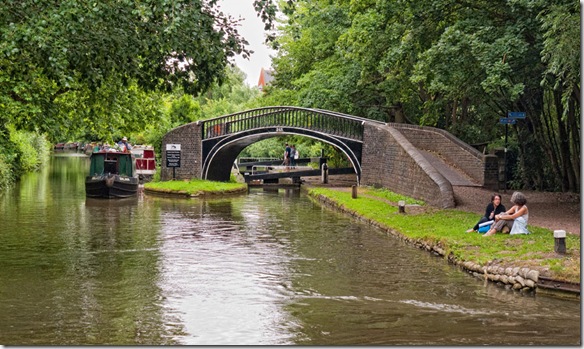 Isis Lock and the entrance to The Thames 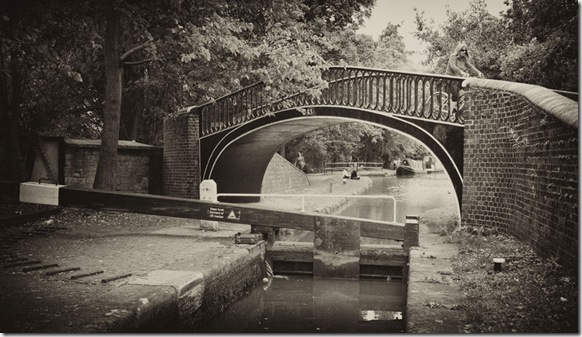 This area attracts large numbers of cyclists and walkers

We arrived in Oxford mid-afternoon and called a friend of mine who cycled with her son to see us for a cup of tea - and this year we even remembered to take a photo of them!  Fabulous to see them again and we're going for dinner to their house on Wednesday night so will have a really good catch up. 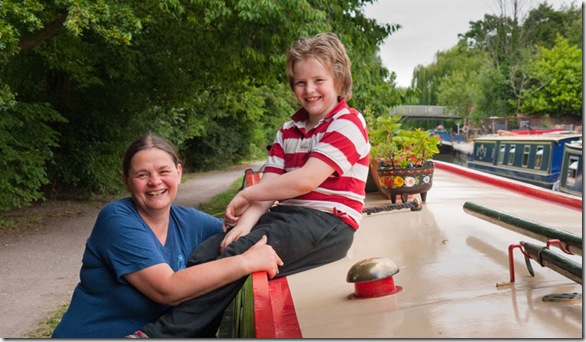 Afterwards we took a walk into the 'City of Spires' - it really is the most amazing place full of breathtakingly beautiful buildings.  We walked around with our heads up most of the time, just gazing and gawping.  Somehow it seems unfair to have so much magnificence in one city - no wonder it's constantly packed with tourists from around the world. 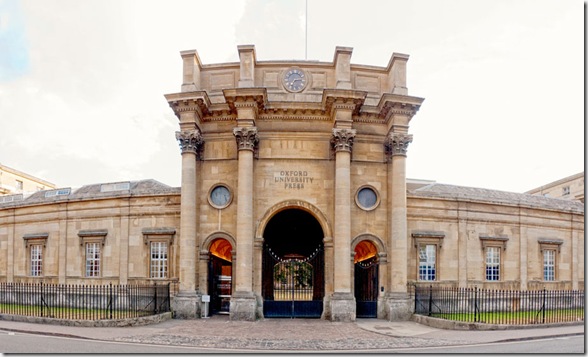 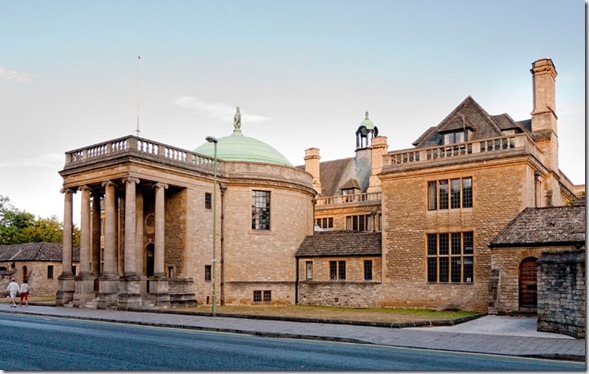 Part of the science faculty

We also discovered an amazing display, outside the Pitt Rivers Museum, of tree stumps - a 'ghost forest'.  The story can be found on this web site.  Many of the stumps fell naturally during storms, while  others were cut down in Ghana in a controlled sustainability project.

It is said that a tropical forest the size of a football pitch is felled somewhere in the world every four seconds - I cannot comprehend that this can be true, and if it is we should be doing more to stop it - well done to the woman who has spent much of her time gaining sponsorship to bring this incredible exhibition to light.  It was in Trafalgar Square in November 2009, then Copenhagan for the United Nation's Climate Change Conference in December and is now in its present position until 31 July only - if you get a chance go and see it - awesome! 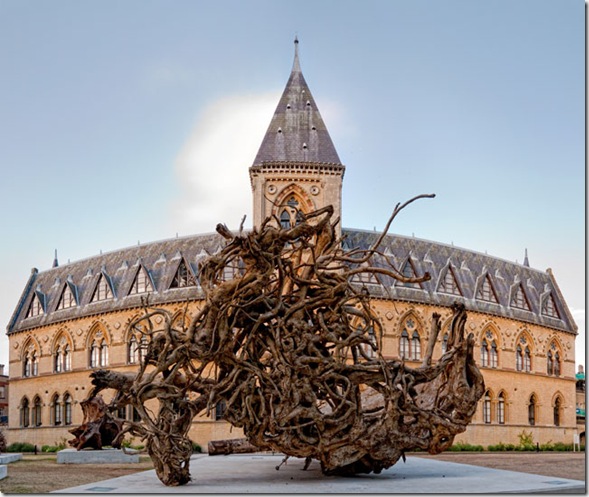 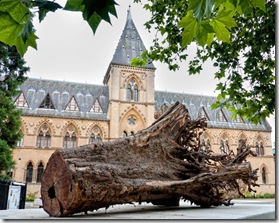 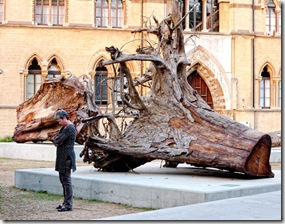 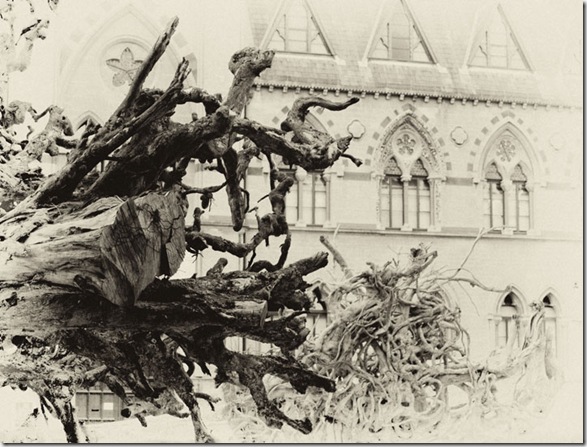 And a commercially cut down stump - what a difference ... 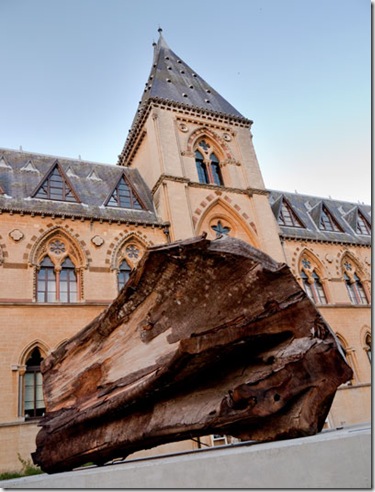 We walked for a few miles taking in the sights, seeing things we'd not had time to when we were here for the day last year, until our poor legs complained and we returned to the boat very late after eating a delicious meal at a Thai Restaurant called 'SOJO'.  We noticed a distinct lack of public conveniences around the town, more of that in future posts (nothing dirty, don't worry!) ... 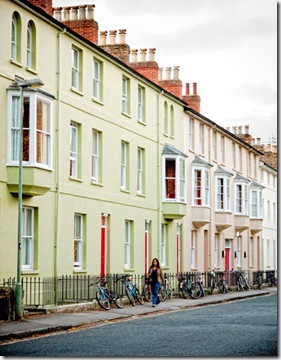 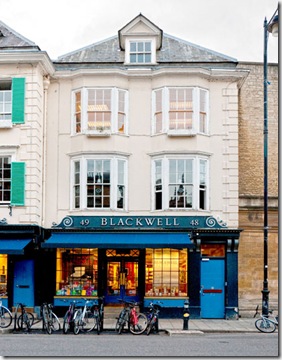 Some of the sights of Oxford 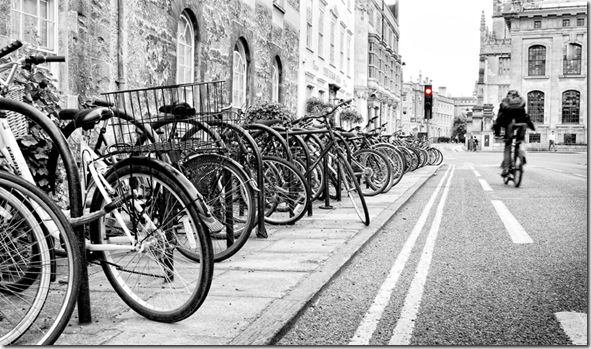 There are literally bikes everywhere ... 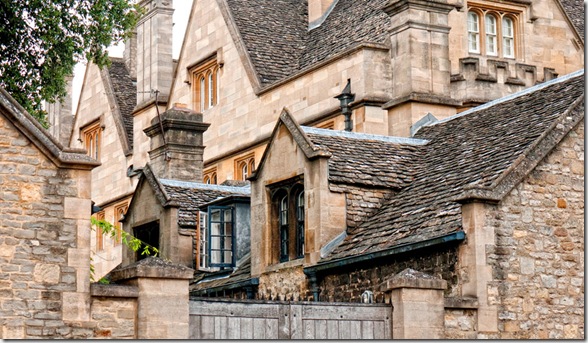 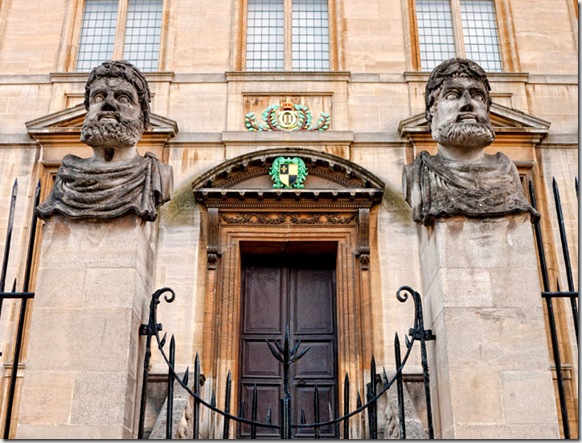 The other end of Magdlen Street with some of the University buildings,

including the Museum of the History of Science

We hope to stay in the city until Thursday when we'll be heading onto the mighty River Thames, or 'Isis' as it's alternatively known as in Oxford - not sure exactly why, but must find out!  My parents will be coming to visit on Tuesday until Wednesday, so we'll do some more exploring then ... 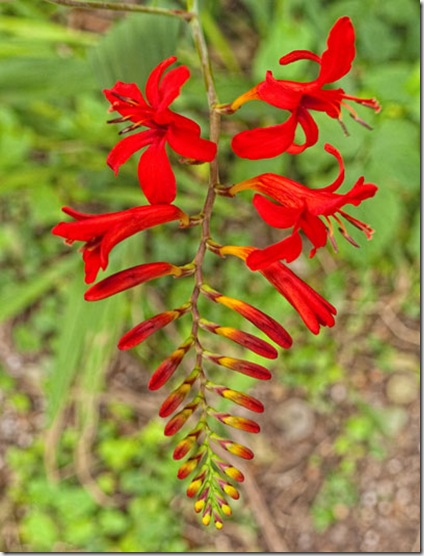