We've had a couple of emails from readers informing us as to the names of a few of the most recent flower pictures - it's certainly educational to discover what they're called.

Val, a lady we met on our travels last year, gave us the following answers:

Dave, from Leicestershire, told us that the beautiful flowers on the  post from 25 July "These are truly stunning, wonder what they're called?" are called 'Echinops' or 'Globe Thistle' and says he has some in his garden that he bought from Mary Arden's House in Stratford which we visited last year and you can see on our blog post in May 2009.

Thanks Dave and Val!

Wednesday was another gentle day - Kim's been working her little heart out as a teacher and has recently broken up for the holidays, though she's still working for some of them so the plan was to give her a good break, and of course on a narrowboat it's the fastest way to slow down!  Before we left our rural mooring at Kelmscott, the lady on a punt cruised by us and moored up so Barry asked if it was OK to take a photo - how on earth does she not fall in the river standing on the back of the boat?  She was very slim so I suspect that helps, if I got on the back at the moment I reckon it'd capsize - I really must stop eating naughty foods and get off onto the towpath once we're on the Kennet and Avon to get some exercise! 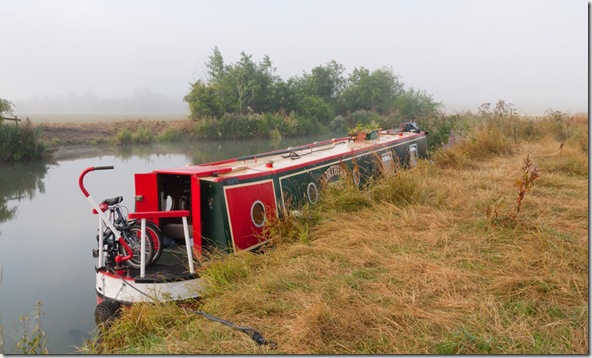 Our mooring early on an eerie morning, nestled in the river bank at Kelmscott ... 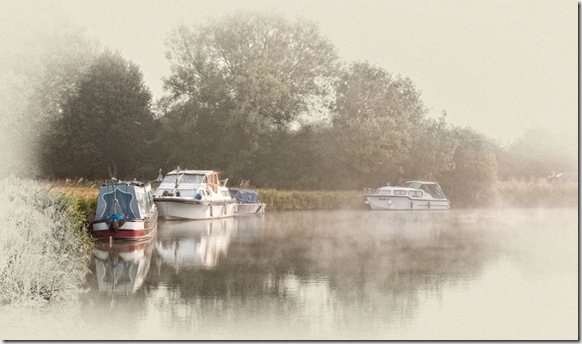 with other boats nearby sharing the ghostly mist 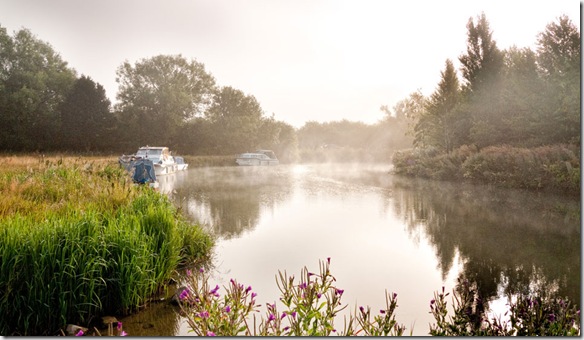 Awesome - Barry was up and about while Kim and Sandra slept 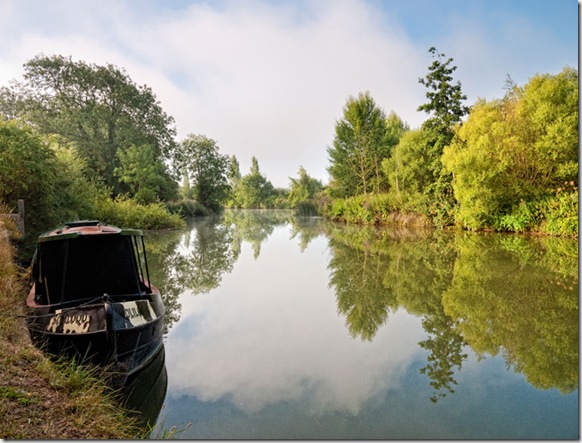 Far from the madding crowds here 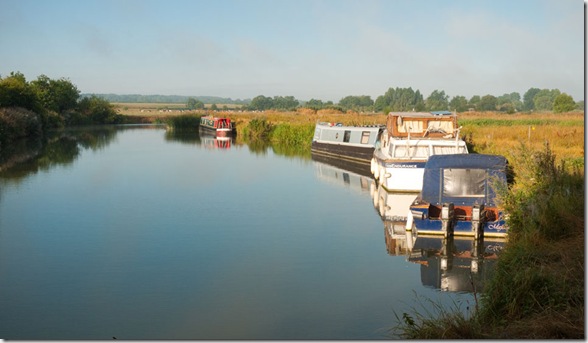 The haze dissolved into a clear sky day 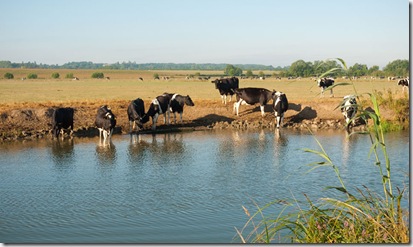 Some neighbours take their morning refreshment from the Thames 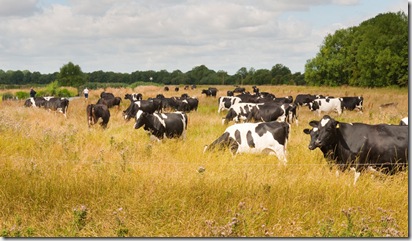 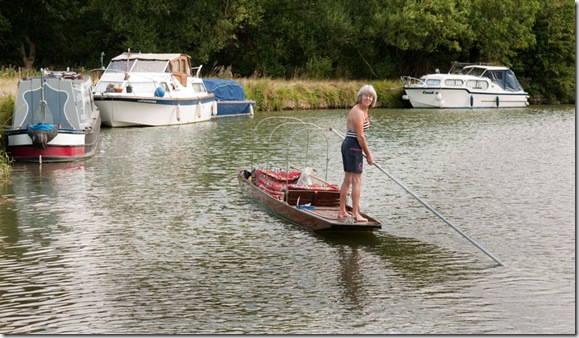 This stretch of the Thames from Oxford to Lechlade is so rural it can be a tad monotonous at times, just broken with the attractive locks, and with all the villages close by being set away from the river.  Obviously this was planned in case of flooding, but from what we've seen the floods here are minimal compared to other rivers such as the Avon or the Ouse, with the last big one being over a hundred years ago and even that was only around a foot from what we can make out by the markings! 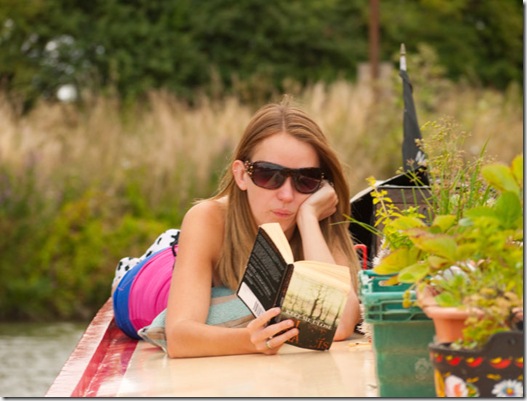 How's this for rest and recuperation? 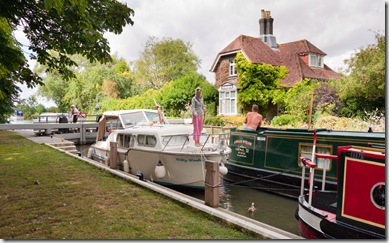 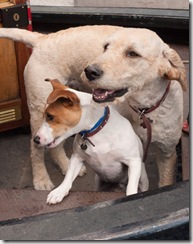 Packing them into the lock - a cruiser, Northern Pride and an Anglo Welsh hire boat along with a labradoodle and Jack Russell! 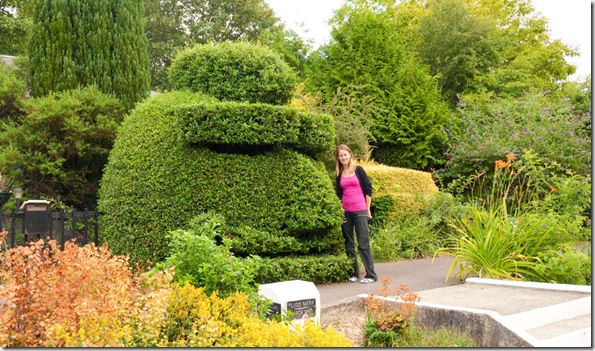 Kim checks out the Easter Island topiary at Radcot Lock

Luckily there's an array of public houses very near to the water, and we took advantage of one mooring just past Tadpole Bridge and managed to get a drink at The Trout Inn (there's three pubs of that name just along this stretch of the river!) before they closed for the afternoon at 1500hrs.  It looked like a smashing place with a very tasty looking menu - though you're recommended to phone up to book a table AND a mooring place as they only have space for two narrowboats. 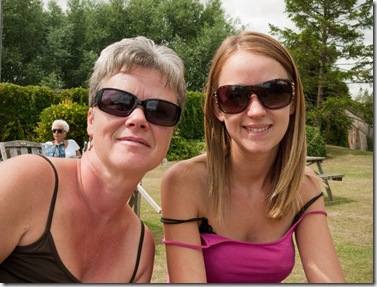 Sandra & Kim absorbing some rays outside the Trout Inn

Kim holds onto the front rope at Rushey Lock 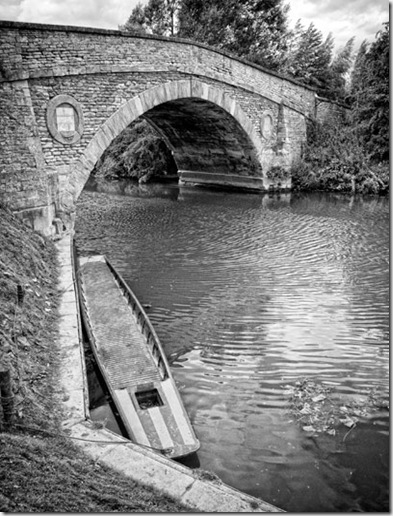 Tadpole Bridge by the Trout Inn 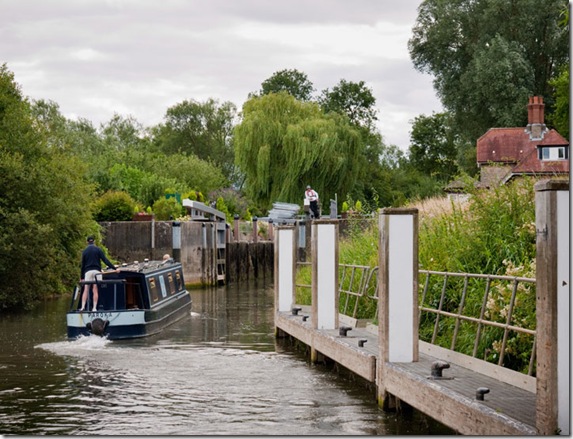 Last lock of the day at Shifford

It was then back to Newbridge where we managed to moor in the same place as on our previous visit, to go the Rose Revived Inn as we'd noticed they have a selection of vegetarian food for Kim - fortuitously we moored again away from effluent stream, at no cost, hurrah! 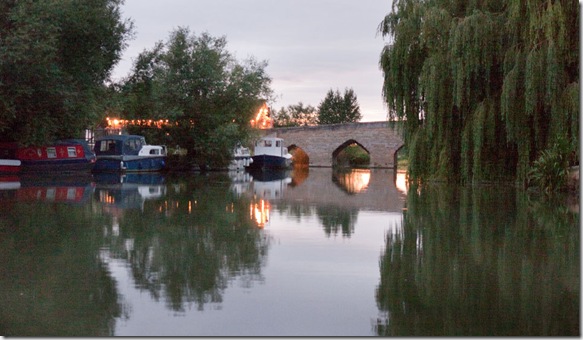 The setting sun reflects on the water, with The Maybush illuminated across the bridge

After a pleasant meal - two for the price of one for Barry and I - we ventured across the bridge to the Maybush which was amazingly empty while the previous establishment had been packed - we wonder how some pubs make any money at all?  And what makes one popular and another hard to attract people?  Previously we've said it's the people working in the establishments that can make or break them, but in the case of these two pubs we haven't been able to come up with an answer as they're both lovely and welcoming - maybe it's as simple as having a meal deal? 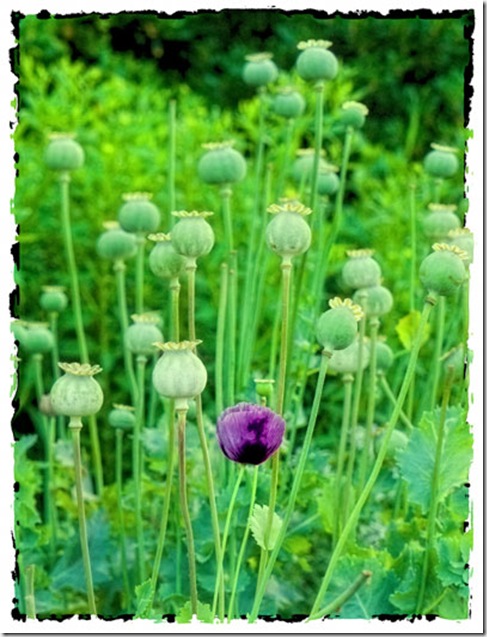