A whistle-stop tour of Kenilworth Castle

Our day off the boat on Sunday turned into a bit of a disaster as my elderly parents found it incredibly difficult to find Crick - negotiating the highways and byways of the West Midlands and getting good signposts out of Rugby wasn't such an easy task. So having left their home in Ombersley, near Droitwich at around 1030hrs, they didn't get to us in Crick until about 1300hrs bless them.  By the time they'd found us they were already worn out, so we had a break in The Wheatsheaf pub in Crick - what a helpful, friendly landlord.  He got us a platter of sandwiches, gave us written directions to Kenilworth, and numbers for taxi firms to get us back to Crick in the evening. 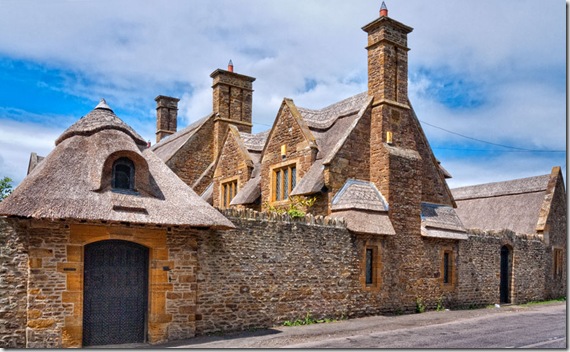 The incredible thatched house from yesterday's blog - apparently there's a large courtyard within the walls but it's impossible to see through them! 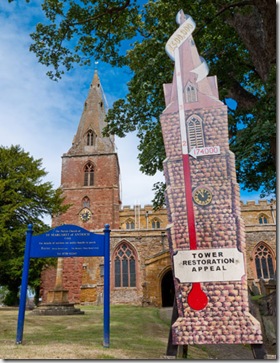 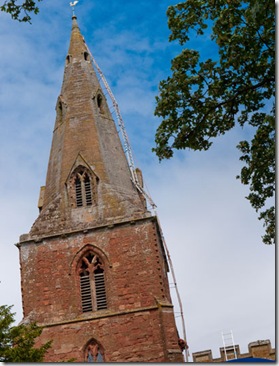 The church fund to restore the tower (requiring £500,000) - must be to pay to insure the workers to go up the ladders precariously perched along the side of the building

The Wheatsheaf pub where we had lunch

We finally arrived at Kenilworth Castle just after 1500hrs, and as it closed at 1700hrs, wasted no time in getting in and looking around.  Unfortunately they didn't inform us that the Gatehouse shuts at 1630hrs so Barry missed that altogether - I'd tried phoning him at 1610hrs when I discovered the amazing building and its contents, but typical Barry, though he had his phone on him he hadn't switched it on! 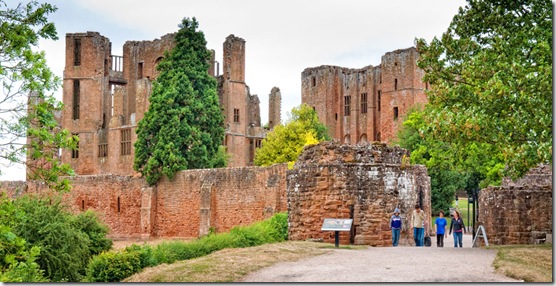 The entrance through the outer walls to Kenilworth Castle

The castle was built over a period of hundreds of years, with the first building being constructed in the 12th century, the Great Hall in the late 14th century and Leicester's Building in the late 16th century. Sadly the castle is mostly in ruins, but the 16th century Gatehouse and stables are intact. Leicester's Building was designed and constructed specifically for Queen Elizabeth 1 and used by her in 1572 and 1575 - Robert Dudley, Early of Leicester, had it built for her - rumour has it that they were 'very close', though he'd married at the age of 17 so it seems it was all a bit scandalous!  His wife died 'suspiciously' some years later, but the Queen and he were never married as he was a commoner, but she'd employed him in her stables so that he was never far from her side. 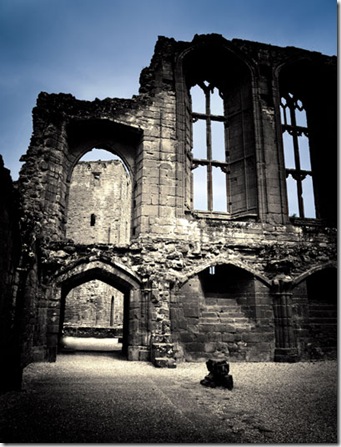 Inside the creepy ruins, you can smell and 'feel' history here ... 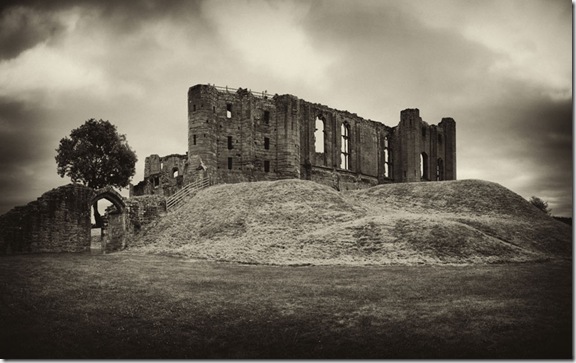 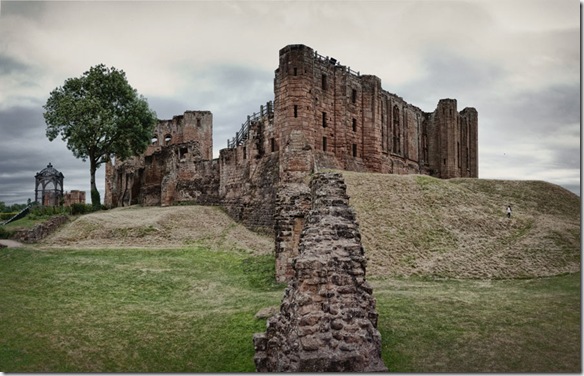 The Elizabethan Gardens have been painstakingly reconstructed from historical evidence to mimic how they would've looked in the 16th century, including "... a bejewelled Renaissance aviary, magnificent carved arbours; a planting scheme abundant in colour, perfume and fruit; an 18-foot-high fountain carved from dazzling Carrara marble." 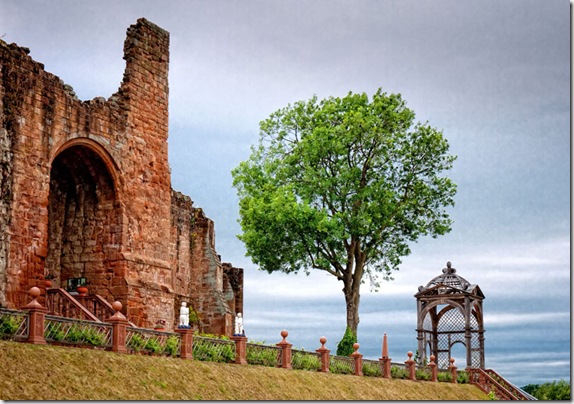 Looking up from the Elizabethan Gardens 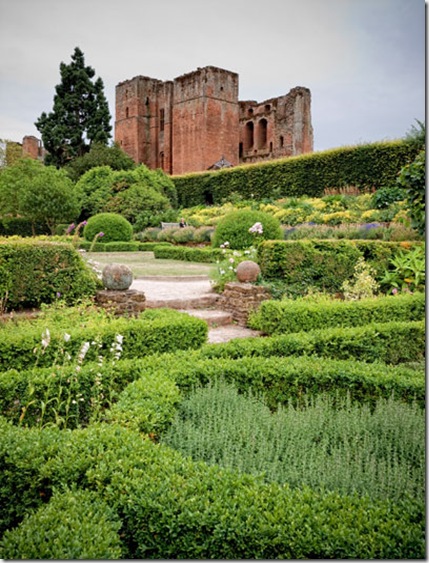 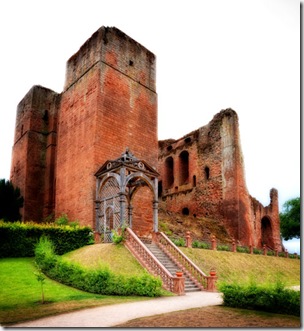 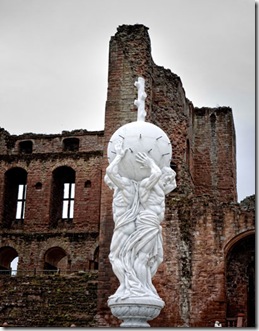 Inside the Elizabethan Gardens 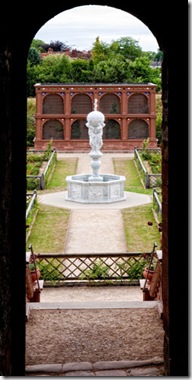 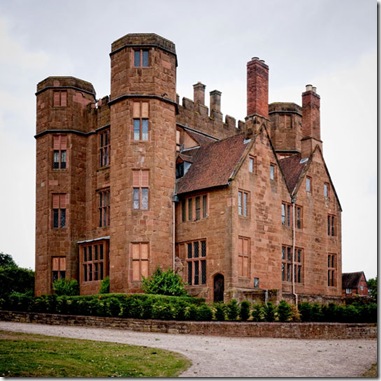 We could've happily spent another couple of hours exploring this incredible area, but time got the better of us and 1700hrs came round far too swiftly!  Ah well, at least we got to see it. 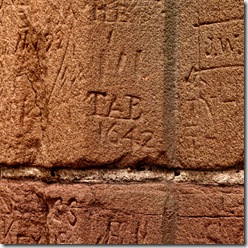 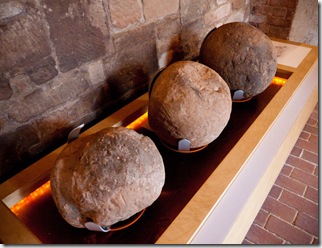 We decided to return to my parents house on Sunday night rather than pay an extortionate price for a taxi, and as it was my niece's birthday on Monday, we took the opportunity to visit her and her new family - twin boys aged eight months who we'd not yet met.  The moorings at Crick were OK for 14 days, and seemed secure enough to leave the boat overnight.

A collection of purples - splendid!