We visited the small museum at Foxton Locks on Friday morning, it's housed in the site of the old boiler room for the steam engines that powered the boat lift, and contains a wealth of information and artefacts - well worth the £2.50 each admission fee. 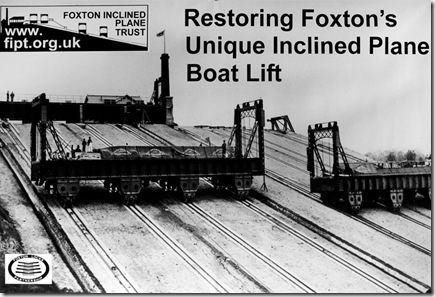 Photo of a picture of the amazing 'Inclined Plane' working, and an aerial view of the ten locks 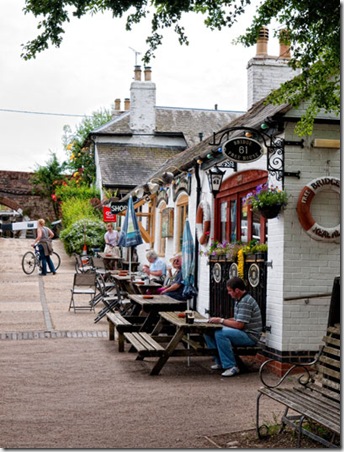 One of the three pubs at Foxton Locks - Bridge 61

Then it was back to fill up with water and have lunch ready for the flight up the staircase locks.  We'd noticed many boats passing us from early in the morning off to queue for their passage, and had been told that the longest we'd be likely to wait was an hour.  As it happened, when we got there just after 1400hrs, two boats had recently ascended and there weren't any descending, so we went straight in and for most of our journey were the only boat using the locks!  We've found this a lot - boats set off early to avoid the rush - but they must actually face the busiest time of day - if you leave it until late morning/early afternoon we haven't had any problems with boat traffic. 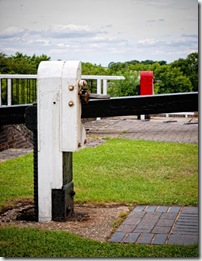 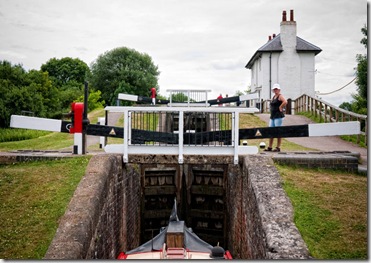 Almost at the top - managed to get the red and white in the correct order!

The Foxton Locks must be some of the best maintained on the system and were a pleasure to work - I don't think I could say that about any others we've experienced!  But then they do have a number of lock keepers keeping them up to standard and this area is apparently one of the most visited places on the waterways so it's in their best interests to keep them running smoothly. 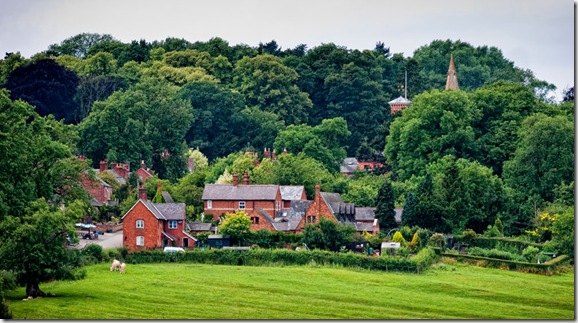 View of the village of Gumley, from the top of the locks, with the Italiante tower of Gumley Hall peeking above the trees 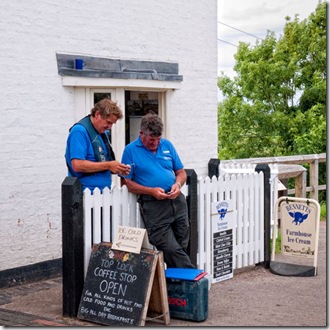 At the top of the flight we stopped for an ice cream and watched a hire boat with three women on going into the top lock - the poor woman driving the boat hadn't a clue and almost went into the lock gates a number of times bless her.  Hopefully she'd got the hang of it by the bottom!  There's the old stables next to the lock keeper's cottage where the horses would rest after their labour up the locks in days gone by.  The building is now a cafe and sitting area and a very pleasant place to spend half an hour. 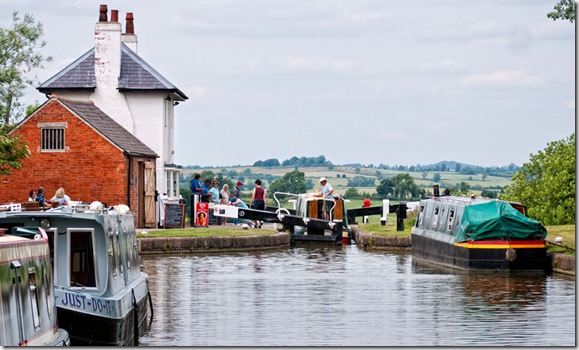 Moving along the Grand Union we were taken back to our journey on the Leeds Liverpool canal last year, as from the canal there were some awesome views of the surrounding rolling countryside, as well as lots of overhanging trees skirting the banks.

We passed through Husband's Bosworth Tunnel, 1166 yards long, and shortly afterwards turned left to the Welford Arm mooring overnight at the small village of Welford. 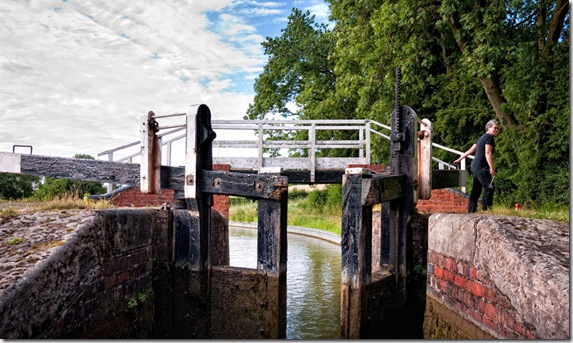 Just the one lock into Welford, and only 3ft 6ins deep - a doddle! 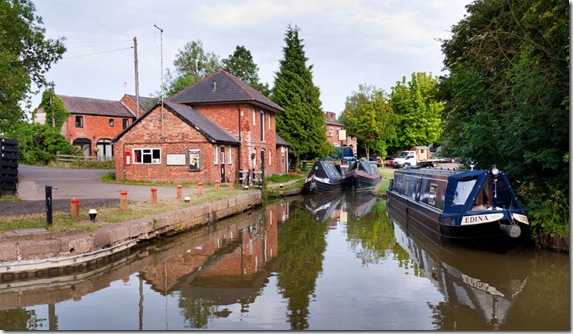 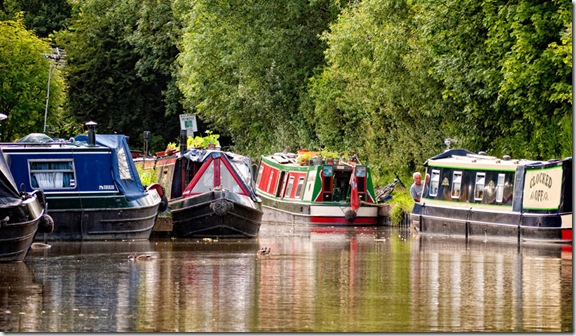 We thought this would be a very quiet stretch but there were a number of boats moored up towards the end, both visitors and permanent moorers.

Exploring the area we were blessed with a spectacular sunset of vivid purples, oranges and pink and Barry tried to find the best foreground available to do it justice ... 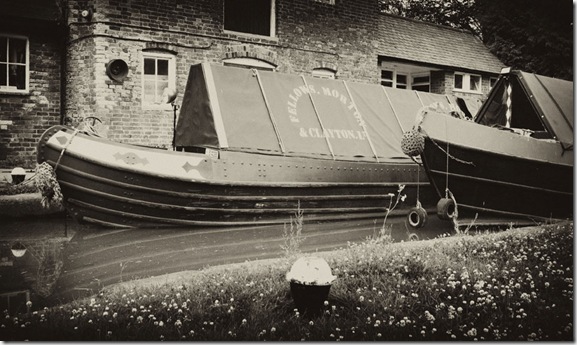 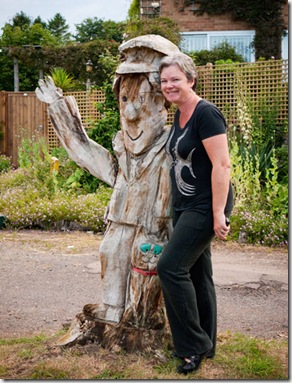 On the way into Welford we stumbled across Postman Pat and his black and white cat! 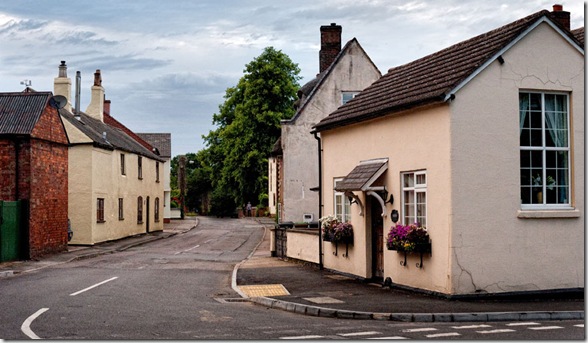 A quaint and quiet village 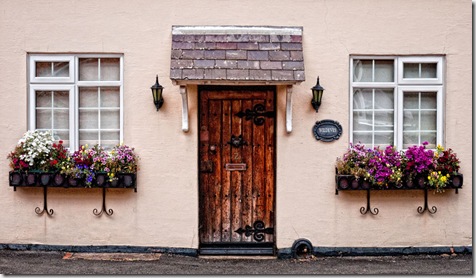 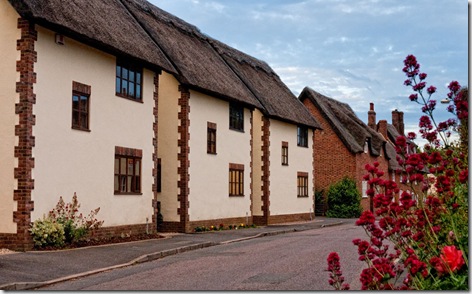 There are even new houses that blend in with the old - along with thatched roofs! 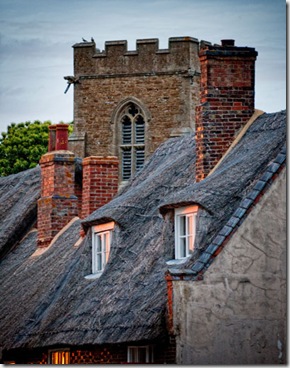 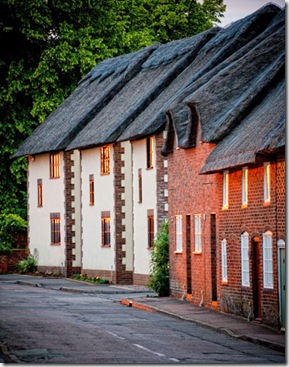 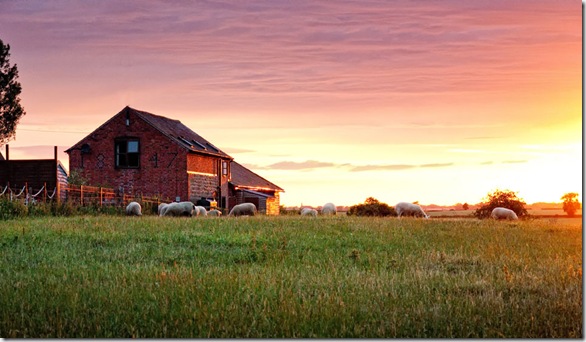 Nature at it's most glorious 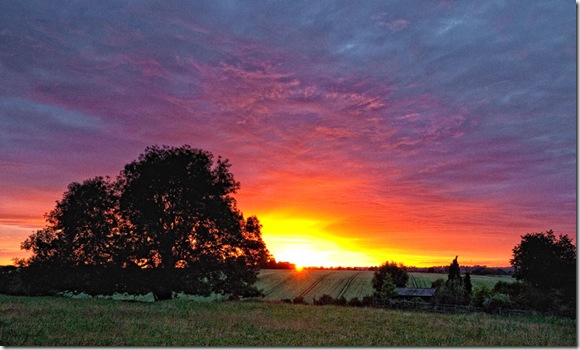 Some eerie graveyard shots as the light leaves this part of the earth ... 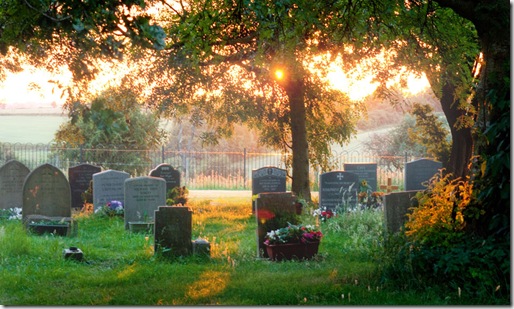 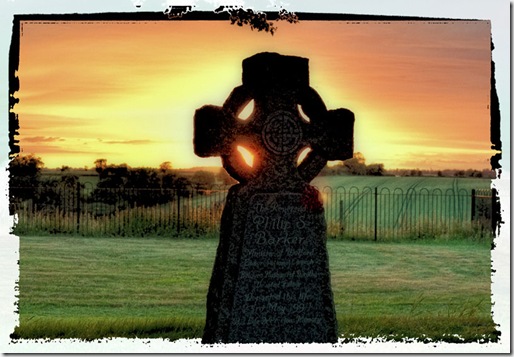 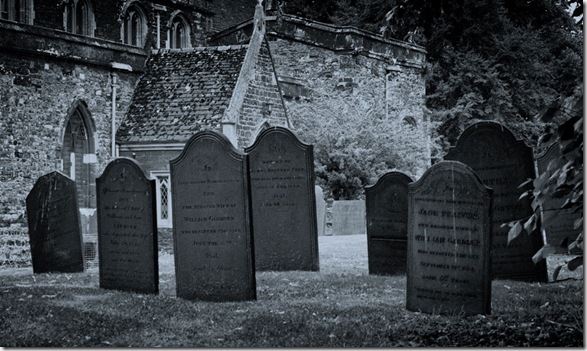 We had a quick drink in The Wharf Inn, lots of locals having a laugh here, then back to the boat on a still and sultry summer's evening.

We've been trying to find a way to get to Kenilworth Castle on Sunday to meet with my parents - distance wise it's only about 20 miles, half an hour by car, but to get there by public transport is almost impossible - especially on a Sunday and would take us more than 2 hours to get there (with a number of changes that could lead to missed links!) and no way of returning until Monday!  My dad has offered to collect us, bless him, so there's just the logistics of that to work out - we'll head to Crick on Saturday as it's just off the M1 motorway.

It's certainly one of the few disadvantages to being on the canals, the challenges of getting to places off the canal system to meet up with people! 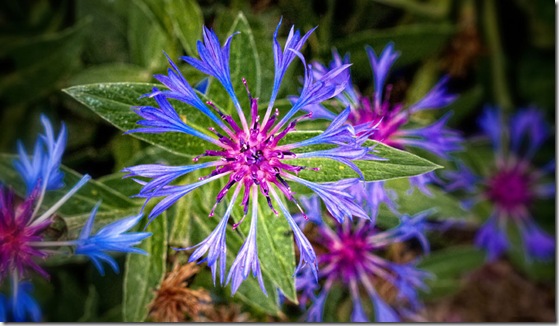 Still on the purple theme - though with some contrasting pink - once again we're not sure what this flower is called - anyone?