Back once again to Morse's Oxford

On Thursday we tootled back to the west side of Oxford as we were actually craving some civilisation again after almost a week of remoteness.  Along the way we moored up as close as possible to a small place called Farmoor as we needed some milk or I'd not get my afternoon cup of tea which would never do!  Barry wanted to walk around the large Reservoir there, but unfortunately there's no public access. 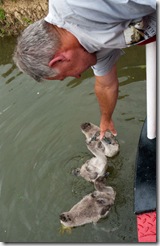 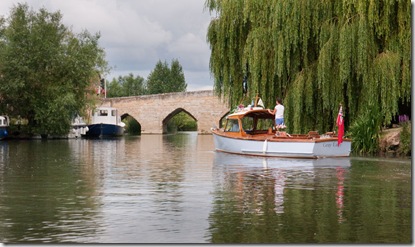 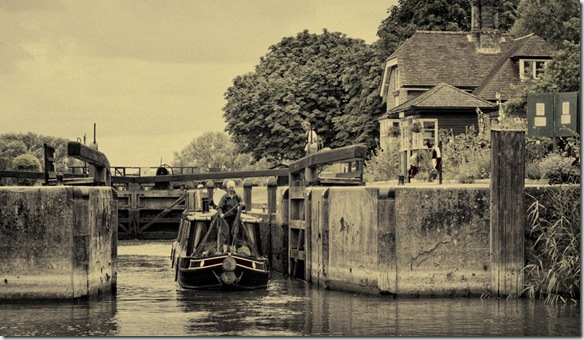 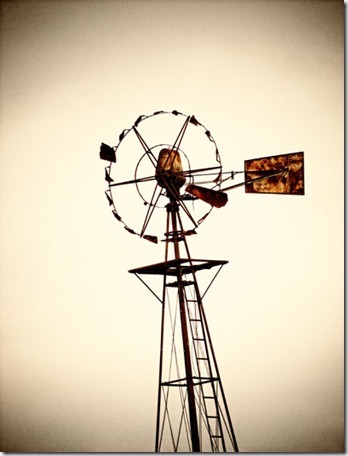 A wonderful windmill stands desolately in a field

It was just a short walk to the one shop at Farmoor which luckily sold milk - and also seemed to stock a vast range of South African meat, how peculiar!  One must conclude that the owners originate there, but why would you go to all the trouble of having supplies brought in from so far away when you're in England - I wonder if the local residents appreciate it - maybe there's a community of South Africans living in the area?

We walked back to the boat along the nature reserve surrounding the reservoir, enjoying sights of pretty butterflies and wild flowers, then sat in the afternoon sunshine with a cup of tea and home-made blueberry muffins - it's such a tough life!

The reservoir at Farmoor 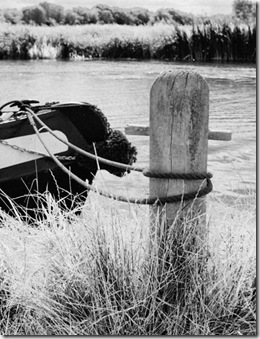 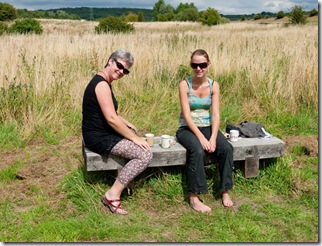 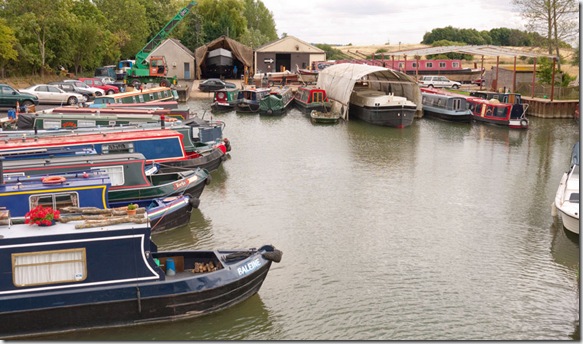 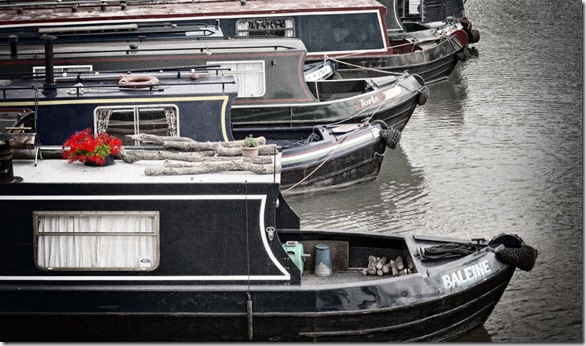 Moored boats at the marina 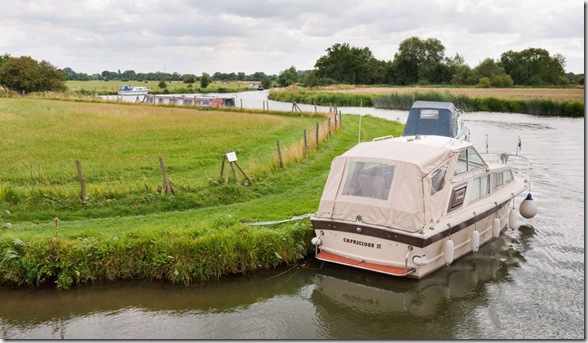 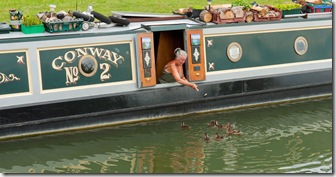 Side hatches are ideal for duck feeding 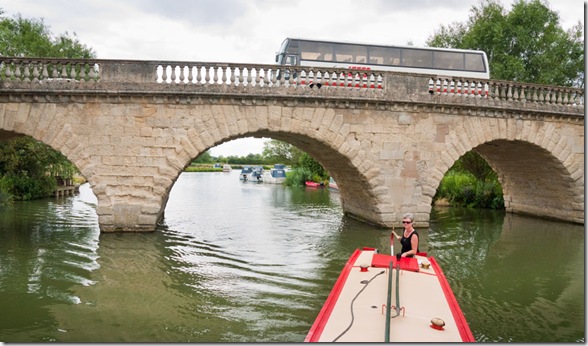 Another trip under the toll bridge at Swinford

Continuing on we eventually moored up right next to the ruins of Godstow Abbey not far from Lower Wolvercote.  The Abbey has an interesting history:

A selection of Abbey images ... 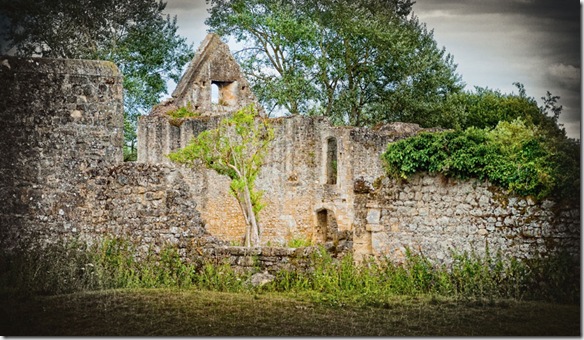 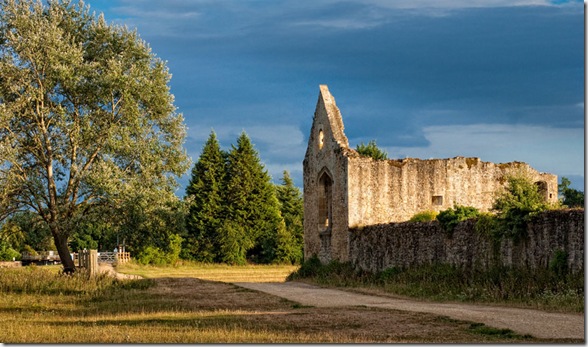 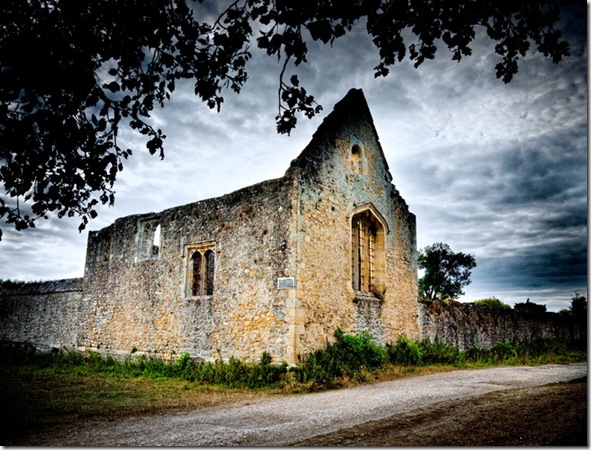 Barry shot off on his bike in search of some tonic water and soda, to mix with the gin and vodka on the boat, but alas after being away for over half an hour returned empty handed. The petrol station he found had every other drink imaginable - doesn't anyone around here drink gin?!

Ah well, he managed to take a few photos on his travels ... 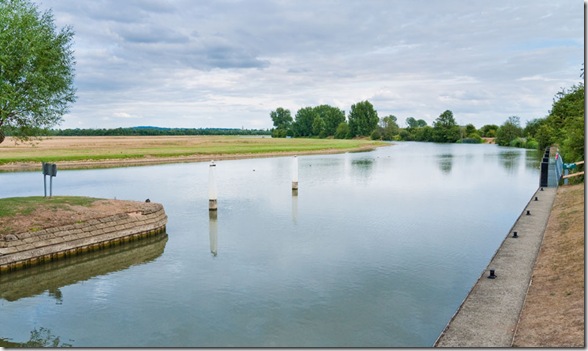 The Thames widens out considerably after Godstow Lock 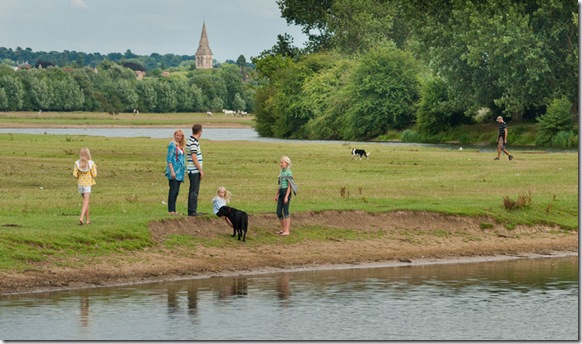 The huge area of flood plains stretching to Oxford is perfect for walking the dog (and child!) 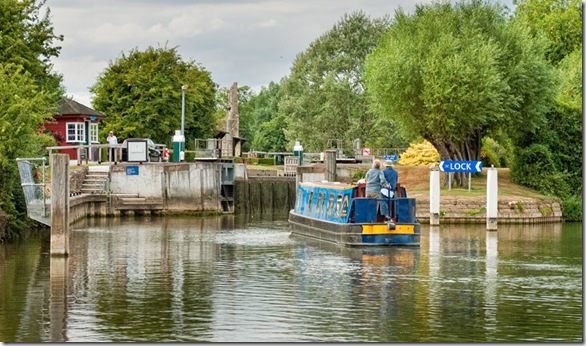 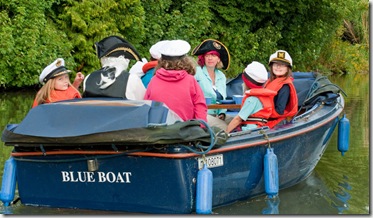 Another boat-full of pirates, though mini versions this time 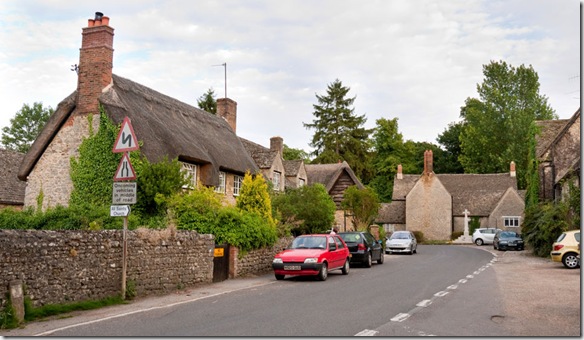 Across Godstow Bridge is The Trout Inn, a very popular 17th century public house where you can sit out by the river, so of course it would've been rude for us not to visit the establishment and we went later in the evening to find it absolutely packed - well we though it was but the barman from Sydney said it was a quiet night considering that on Sundays it gets so busy there's standing room only.  The Inspector Morse television series was filmed here a number of times and they proudly display photographs of each series on their walls.

We didn't stay too late, just a couple of drinks each - it gets mighty expensive tasting the local ale in each place and we'll be running out of funds if we're not careful in the not too distant future!  So it was back to the boat for another game of cards in the week's tournament ...

On Friday we'll be heading into Oxford itself for yet more grocery shopping (oh for the luxury of a large fridge and deep freeze!) and another explore (or possibly a bit of a girlie shop!) before Kim leaves us either Saturday or Sunday. 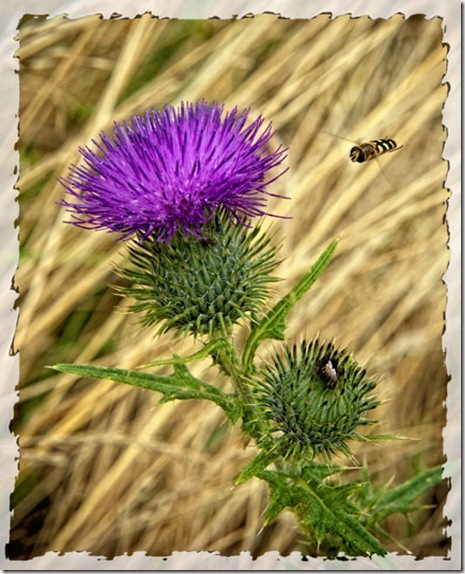 Scotch Thistle and hoverfly silhouetted against the very dry grass