On to Lower Heyford to catch the train back to Banbury - yet again!

We set off by 0930hrs on Wednesday to travel a few miles down to Lower Heyford, the next place with a train station, so that I could get the 1636hrs train up to Banbury, then Birmingham New Street and finally Droitwich Spa. 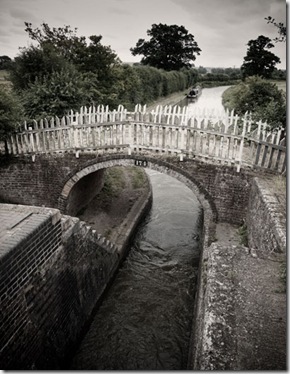 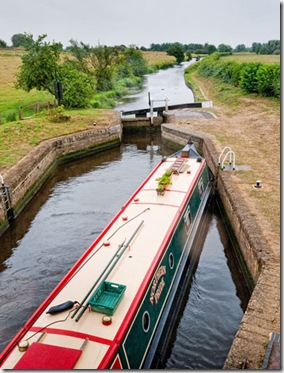 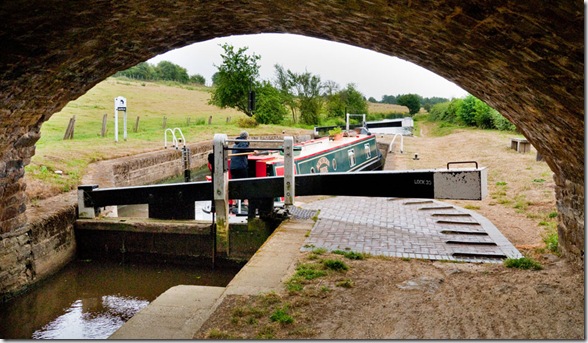 The weather continued its turn for the worse, drizzling constantly throughout our journey.  We made good time however, passing once again through Aynho but not stopping to visit The Great Western again - maybe its best to keep alive the positive memories and not risk having a different experience on another visit! 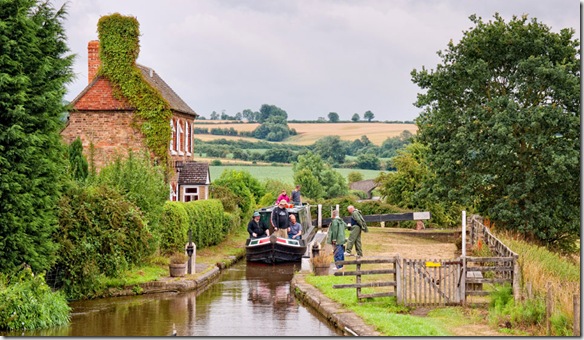 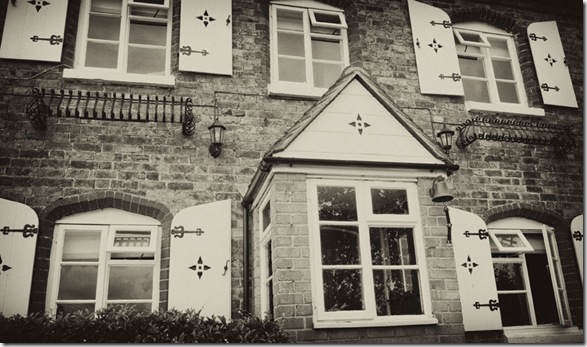 Lots of windows and shutters - ready for all kinds of weather 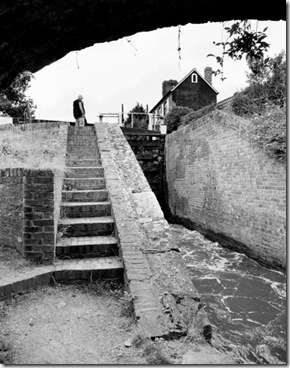 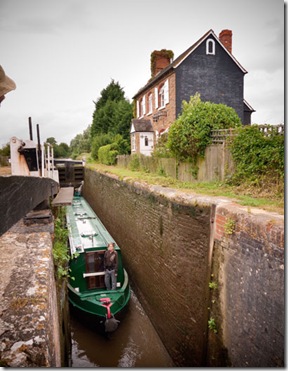 The deepest lock on the Oxford Canal at 12 feet deep 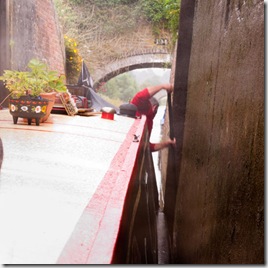 The canal wasn't too busy, no queues at the locks - just a slight hitch at one when Barry possibly started his exit a little hastily, before the gate was fully open, and there was a bit of a 'crunching' noise as the gate made contact with the fender.  It turned out that the gate wouldn't open completely anyway, seemingly there was debris trapped behind it, so we reversed out and Barry fished around for a while with a boat hook but to no avail.  So we just moved out cautiously and made it through a second time unscathed. 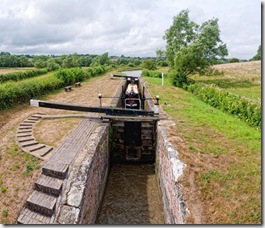 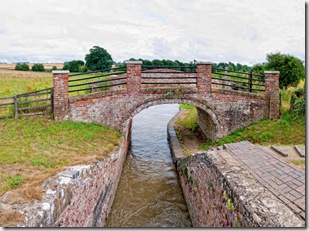 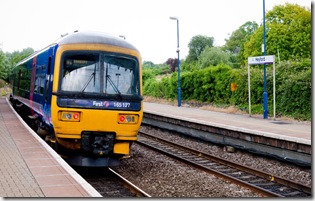 We managed to get to Lower Heyford around 1610hrs, so had plenty of time to get to the station adjacent to the canal and opposite Heyford Wharf and visitor centre.

It took 15 minutes for the train to return north to Banbury - a journey that had just taken us seven hours - hilarious!  The remainder of the journey was trouble-free with all trains running on time, and I arrived in Droitwich just after 1900hrs.

Panorama of Heyford Wharf and the railway line to Banbury

Barry remained on the boat, with sparse supplies on board as we'd not shopped again after our last visitors left, and by the time he'd got round to walking to the closest pub they'd stopped serving food.  Ah well, there were a few sausages so he went back and cooked them for supper.  I'm sure it would be a few weeks before he wasted away completely!

We had no internet signal in Heyford, so Barry spent the next day getting up to date with blog posts ready for when we moved on and could publish, whilst I relished a relaxed evening at my parents' house with Kim, watching DVD's of an old school leavers assembly when Kim was 8, and a play that Lisa was in when she was 18 - happy days. 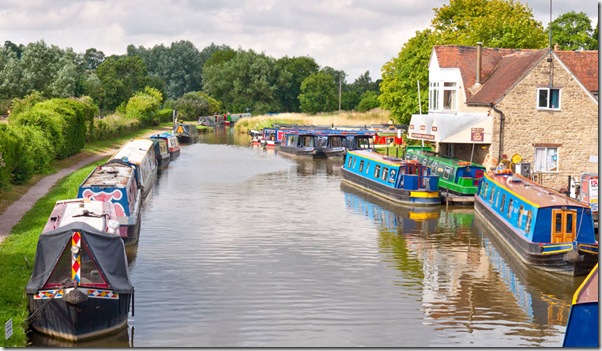 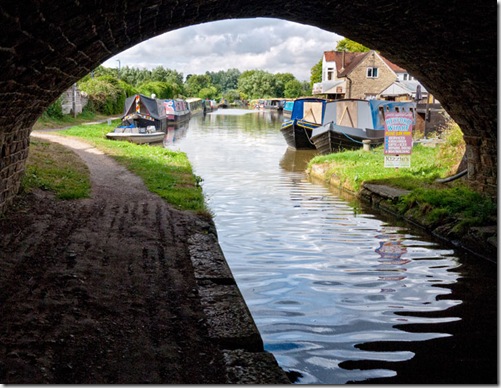 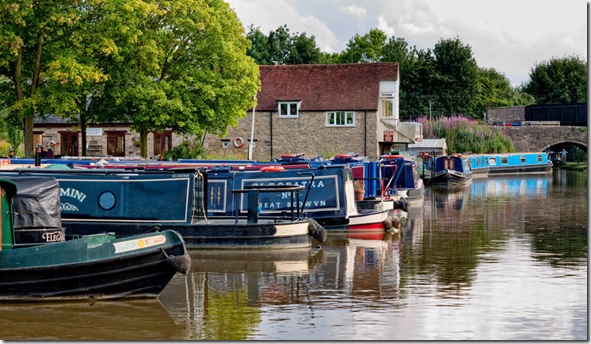 Some shots around the picturesque village of Lower Heyford ... 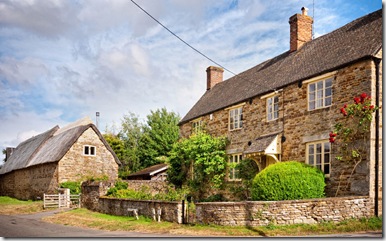 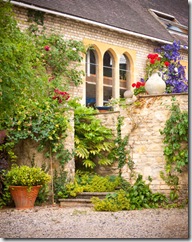 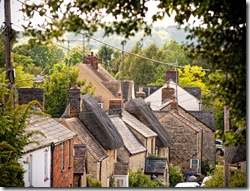 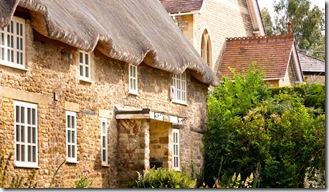 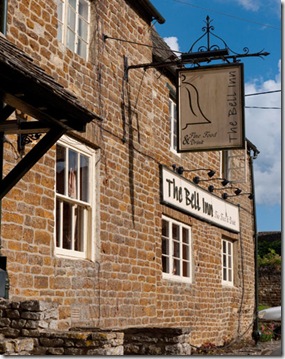 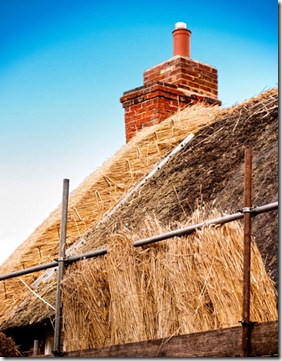 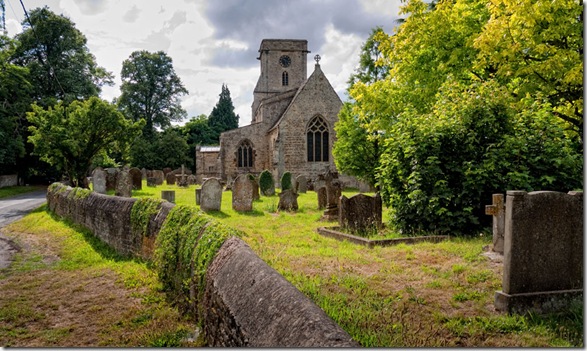 The quaint little church - Barry met the vicar at the pub! 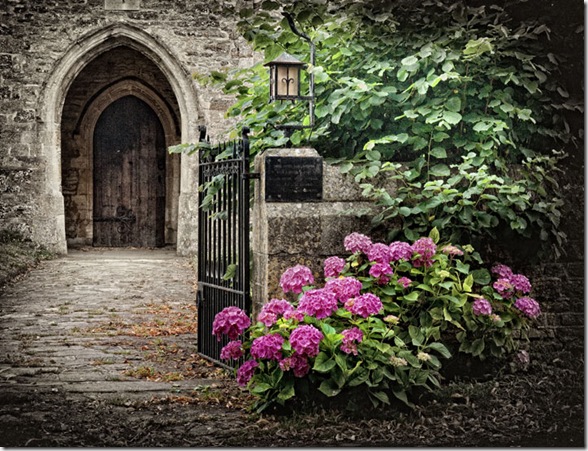 Nice splash of colour at the entrance 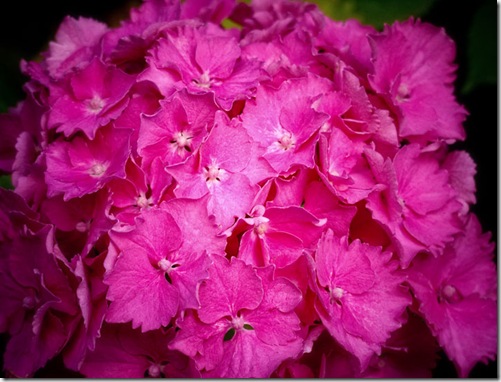 Close up of the church Rhododendrons