Onto the Oxford Canal

Much of Wednesday was spent washing in the launderette at Braunston Marina, then food shopping in Braunston - not terribly exciting but vital nonetheless. 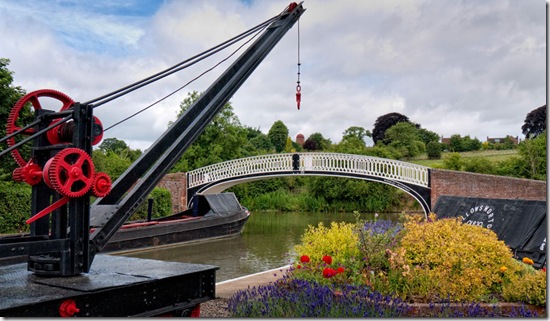 Looking out of Braunston Marina - beautiful old winch and bridge 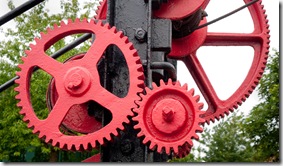 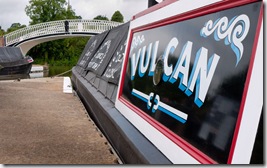 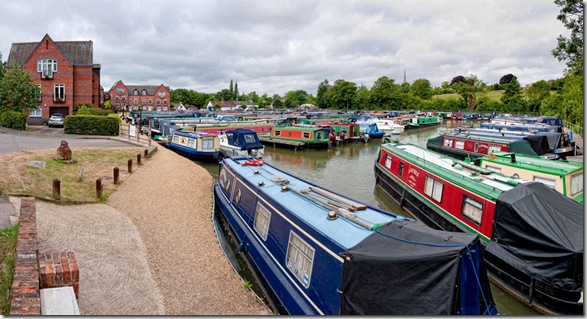 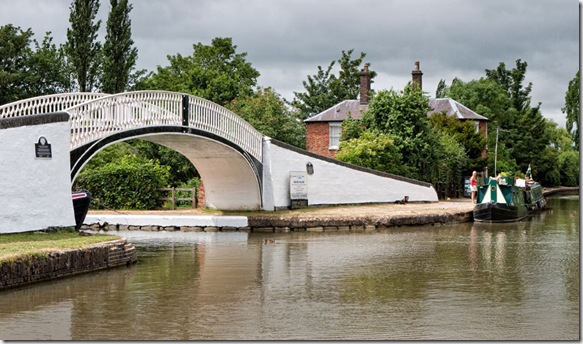 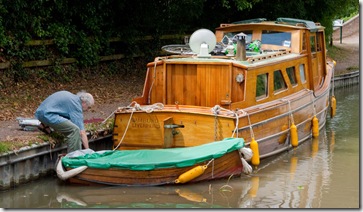 What's the chance of him going in the canal??

He didn't, so no interesting picture 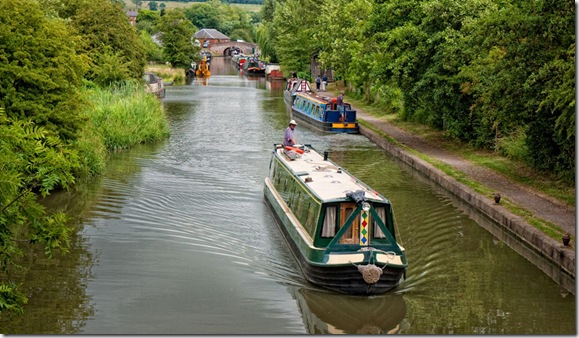 Shopping in the Londis store I looked all over for the meat but all they had was bacon and sausages - then I realised that there was the butcher's shop just across the road - they must have some sort of agreement between them!  Not a problem, I thought, and crossed over once I'd paid up at the supermarket.  There was a good selection of meats, but the problem I find with butcher's is that it all looks so lovely but there's only a price per kg advertised and I can never quite tell how much a couple of chops or steaks are likely to be.  Hence, when I fancied some rib-eye steak for tea, two of them came to £11!  Of course by that time you're too embarrassed to say "How much?  You've gotta be kidding?!" The chicken tikka kebabs were a lot more reasonable and Barry adores black pudding so we had to have some of that - so Ray we did get to the butcher's, but I think I prefer Tesco's for value!

Ah well, it's still cheaper than eating out (just!).  We meandered back to the boat whilst having another look at the buildings on Braunston High Street.  Unfortunately, it wasn't until I checked our AA 'Book of British villages' after we'd left, I discovered that there's some remains of medieval wall-paintings inside All Saints Church, and apparently a "...grotesque stone carving which is probably an ancient fertility goddess" outside.  So no photos of those then!  Lol! 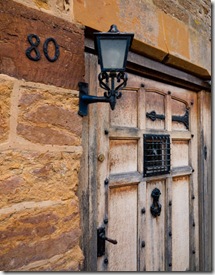 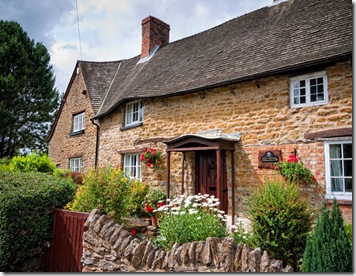 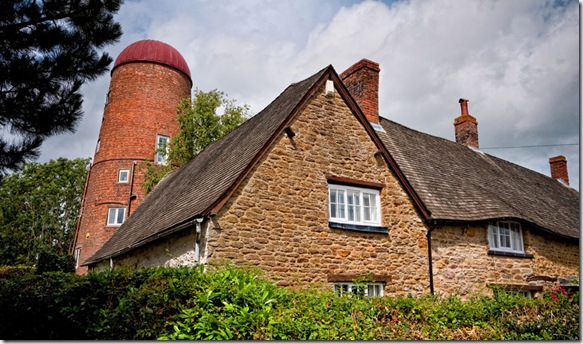 And a sail-less windmill too 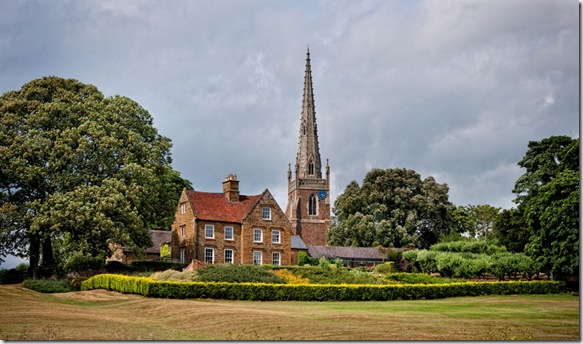 Another view of the church from the canal

Mid-afternoon we set off eastwards once again, turining left at Braunston Junction, continuing on the Grand Union Main line until Napton Junction, where we took another left turn southwards onto the Oxford Canal. 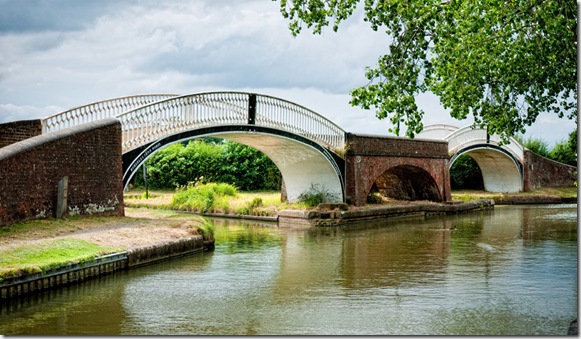 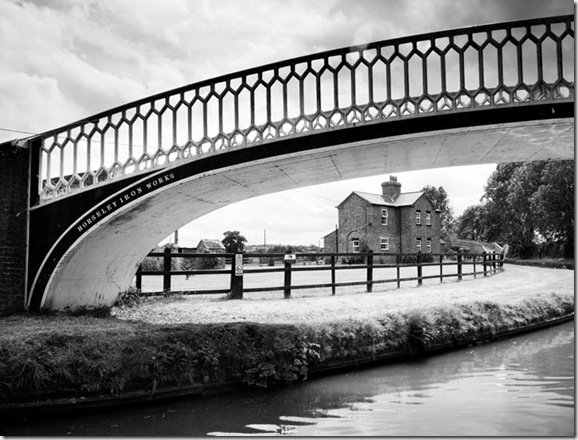 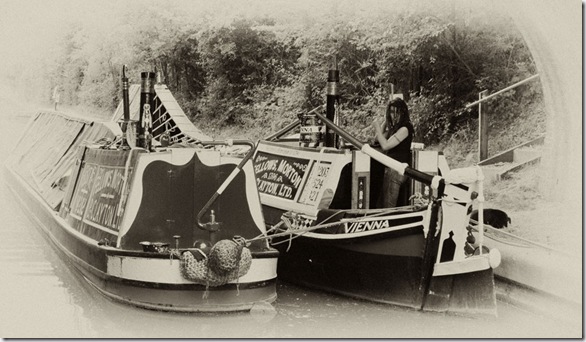 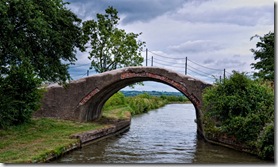 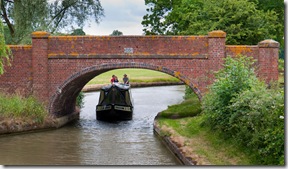 A couple of different looking bridges along the way 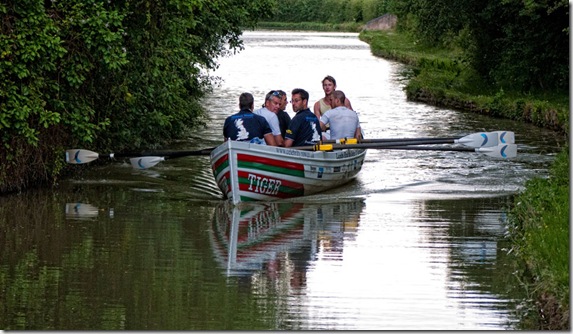 A large rowing boat - www.celebrityrow.co.uk on the side - with a kiwi from Tauranga at the front - kia ora!  They raised their oars in 'salute' to squeeze past us

It took us a while to find a suitable place to moor near to Napton-on-the-Hill due to there being so many boats already settled in for the night - as well as many long term moorings.  Eventually we tucked into a spot just in front of a boat that's for sale and has possibly been there a while as it's shown on the google earth map in the same position!  It's going to be a lot busier on the waterways from now on with the school summer holidays looming, so we'll have to get used to it.

Arriving early evening we were accosted by a family of extremely tame swans who surrounded the front of the boat looking for food - they almost came onto the boat trying to get the bread, and even the cygnets were jumping up for the bread - most unusual.  None of the normal barking and hissing, Barry even got to stroke the head and neck of one of the parents - amazing! 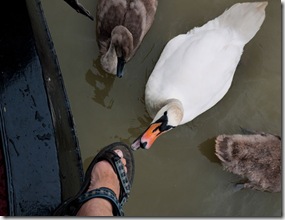 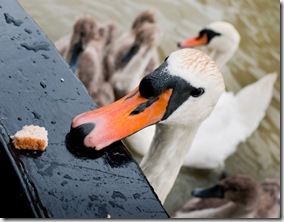 We had a good view of the windmill on the hill from our mooring, and we'll take a walk up to get a closer look at it and Napton in the morning and see the fascinating 12th century Church of St Lawrence - it was supposed to be built on the village green, but one night, after they'd laid the first stones, mysteriously the stones moved up to the top of the hill - no-one knew who'd moved them, so rather than tempt fate they continued to build in the new place. 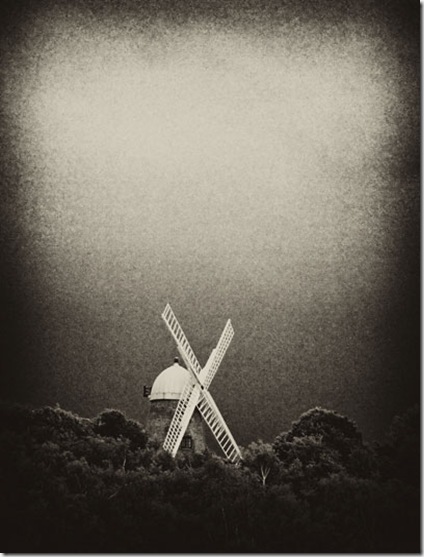 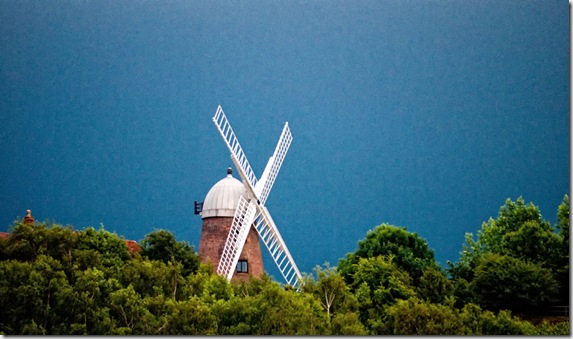 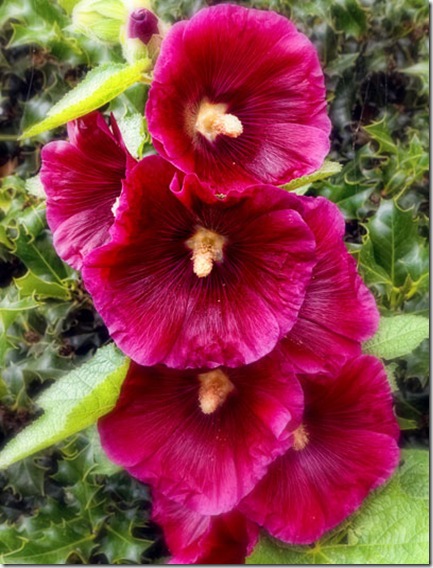 These flowers seem very popular around here - are they hollyhocks?