Muddles and mirth on the Market Harborough Arm

It was only a short journey to Debdale Wharf Marina on Wednesday morning to fill up with diesel, then a distance of eight miles (no locks!) to Market Harborough.  The canal 'Arm' is very poorly signposted at Foxton, where we were confronted with a three choice junction - the Foxton Locks are obvious, but the other two don't show on our Nicholson's, with one of them having a swing bridge to negotiate.  So we took the middle arm and ended up in a dead end - turns out that this is the bottom of the famous 'Foxton Inclined Plane' which at one time was capable of taking barges of 13 foot width, or pairs of narrowboats, moving two boats up and two boats down every twelve minutes saving 90% of the water that the locks would use. Unfortunately this was dismantled in 1911, eleven years after it was opened, though there's a campaign underway for full restoration by the Foxton Inclined Plane Trust,  which would be awesome.  We'll explore this area when we return from Market Harborough ... 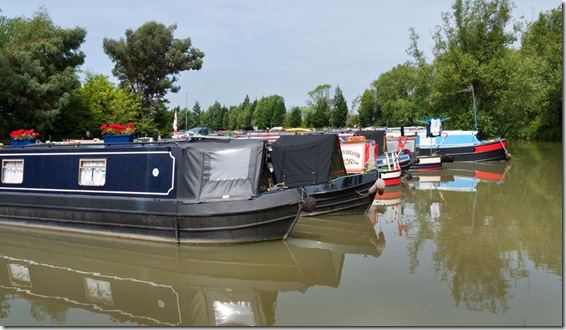 Debdale Marina which holds around 160 boats 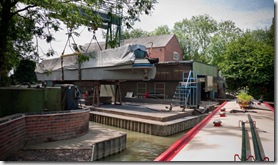 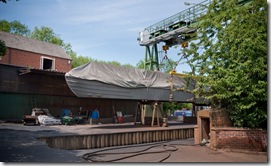 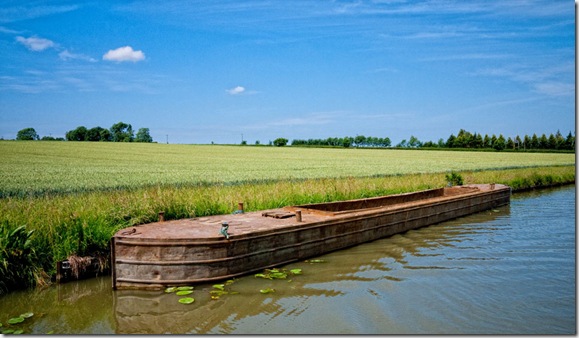 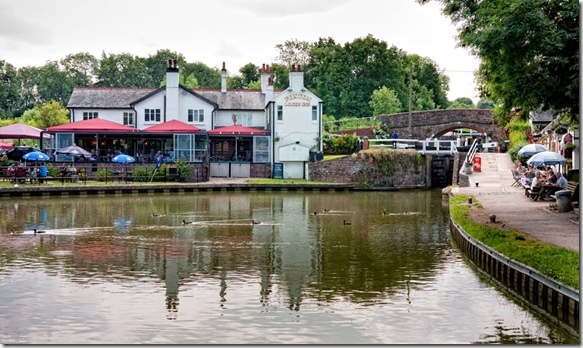 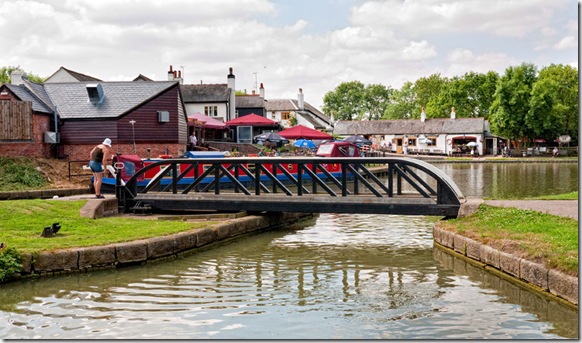 The new swing bridge - not marked on the Nicholson guide, neither was the short branch behind Sandra which we took initially - oh how the crowds laughed to see such fun!!

Suffice it to say, we had to back out of the small arm and go through the swing bridge onto the Market Harborough Arm to cruise the 51/2 miles to the town.  The journey isn't terribly interesting being predominantly rural with trees, bushes or hills either side of the water so you can't even see into the distance. 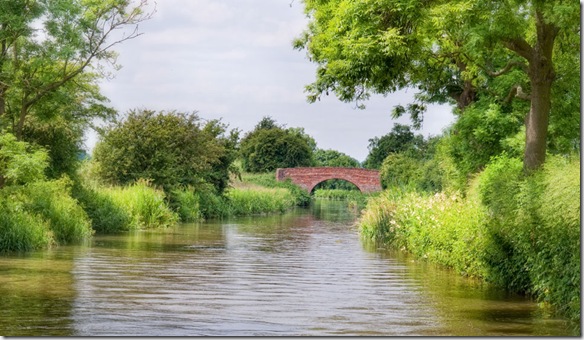 Much the same scenery for the whole journey - beautiful but gets a bit like driving on a monotonous motorway after a while! 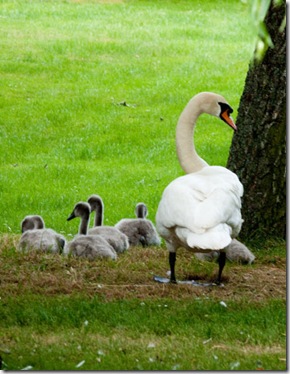 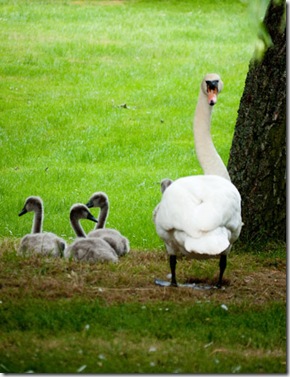 Once into Market Harborough though, you can tell immediately that this is another prosperous area of Leicestershire.  It was established in medieval times as a 'new town', some time in the  early 13th century, due to it's potential of the location between Leicester and Northampton at a river crossing.

Another place steeped in history, so here's my five fascinating facts about Market Harborough: 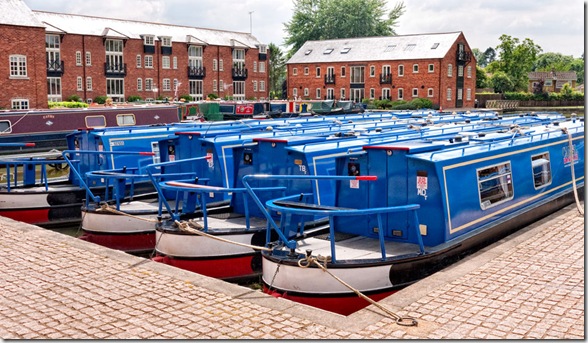 The 'Canalboatholiday' hire boats getting ready for the weekend

As the name suggests, it's famous for its market - once again the opening times were against us, Tuesdays, Fridays and Saturdays!  Can you believe it, we arrived on a Wednesday and will leave on Thursday?!  We have to laugh at these missed opportunities of ours and not take it personally!

There are some gorgeous buildings in the town, including the timber framed 'Old Grammar School' which was built (on stilts!) in 1614 and continued as a school until 1892.  It's now used for church and public meetings. 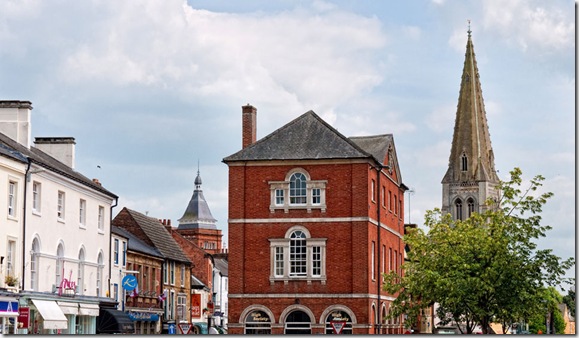 The dazzling diversity of architecture in Market Harborough 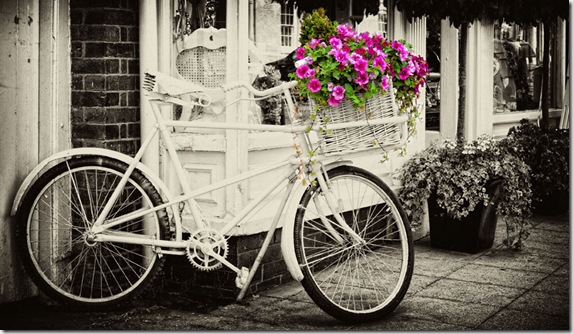 We saw a couple of old bicycles with baskets around 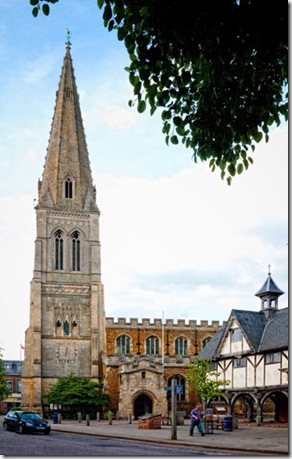 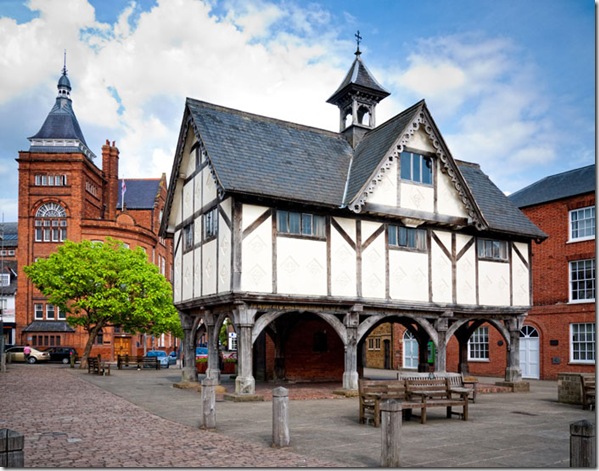 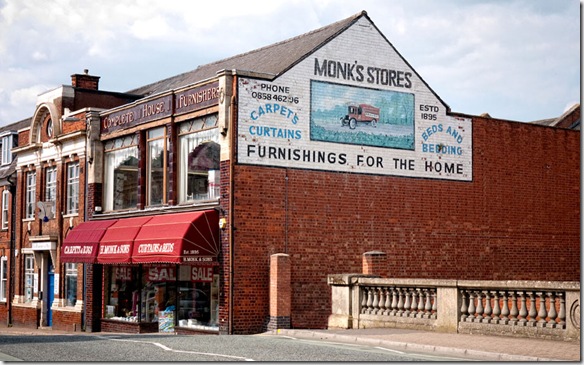 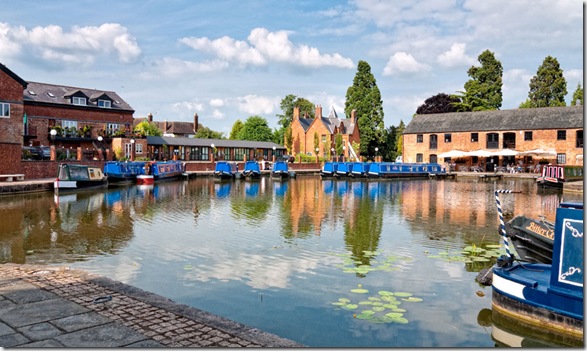 Another perspective on Union Wharf 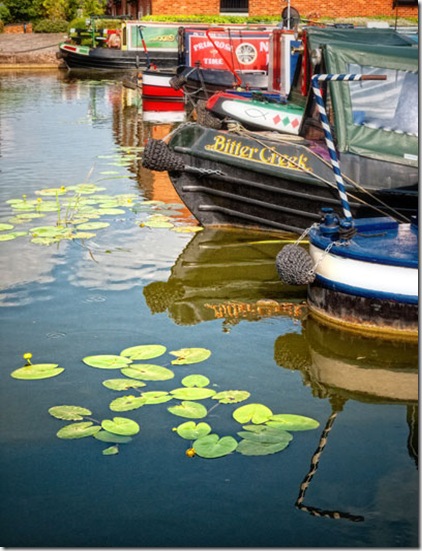 Some of the permanent moorers in the basin

After exploring the town and stocking up with essential groceries from the Co-op, we found a short cut back to the boat, which took us past a narrowboat whose owners we'd briefly chatted to on the way in - 'Kookaburra dreams', obviously containing Australians!  Being fellow Antipodeans (we'll forgive them being Aussies!) they invited us back for a drink so we unpacked the shopping and strolled the hundred yards back up the canal for a short visit.  It turned into a three hour excursion due to a local character dropping by (three times in all on his way up and back and up again!) and entertaining us by telling increasingly dirty jokes and anecdotes of his life in Market Harborough - almost 83 years of it!  He should have a one-man show somewhere, such an amazing repartee and memory. 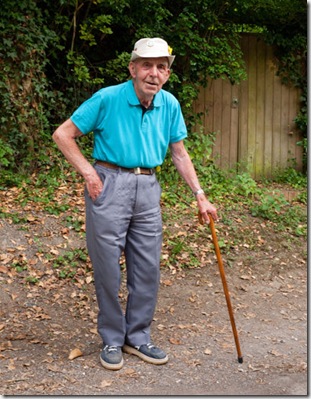 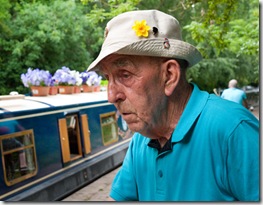 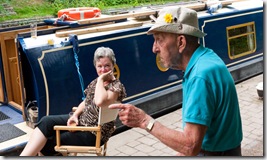 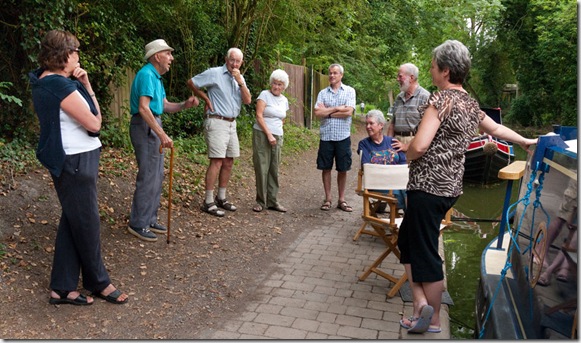 Roy entertaining the masses - "Did I tell you the one about ...?" 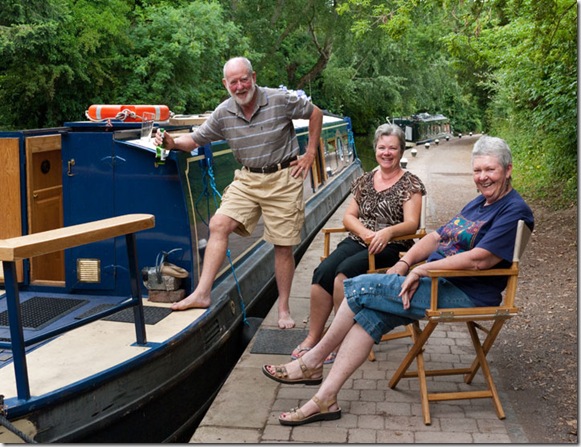 On Thursday we'll make our way back to Foxton ready for the staircase locks after we've explored the area and of course taken a couple of photos! 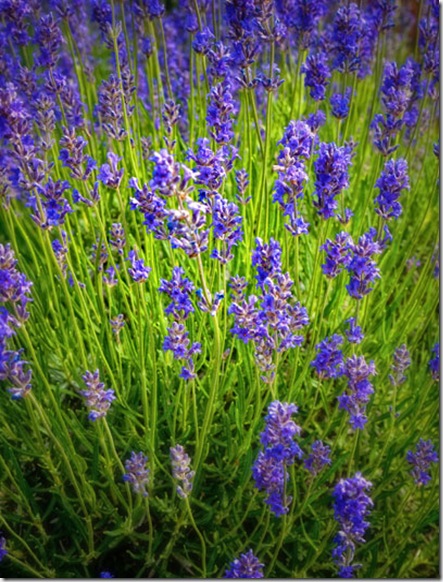