A visit to Napton-on-the Hill - but we missed Fenny Compton completely!

Barry was in two minds as to whether he wanted to cycle up to the windmill on Thursday morning - he had to repair yet another puncture on his fold-up bike, there are too many Hawthorn bushes along the towpaths!  Luckily he decided it would be worth the effort and off he went.  I stayed on the boat catching up with emails, before the poor laptop shut itself down as it was too hot - I must've been typing too quickly and wore it out! 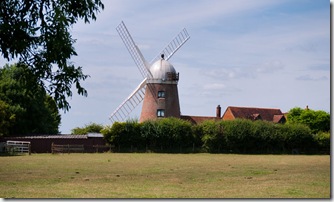 So I left it to rest and walked up the hill too, getting as far as the windmill.  Unfortunately (though I'm sure it's better for the upkeep on the building) the windmill is in private hands and you can't get a good look at it close-up.  It's a 19th century tower windmill with an old miller's cottage next door containing the remnants of the original bread oven - according to the AA 'Book of British Villages', but as that was published in 1981 anything could've happened to it by now!  It all looked very well cared for though, as far as you could tell, a smart red sports car (typical woman, I know it was red and a sports car but heaven knows what type it was!) went through the electronically controlled gate while I was standing staring.  Still, I'm sure they're used to that. 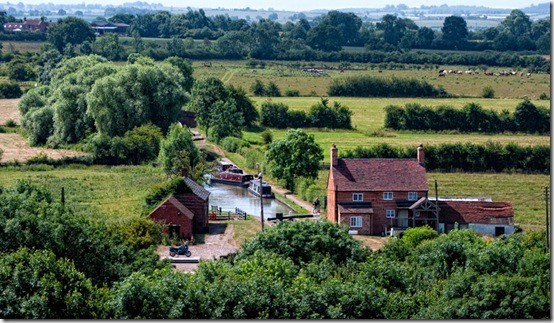 The view of Napton Bottom Lock from Napton Hill

Barry continued through the village and got to see the church and other buildings, taking a different route back to the boat, whereas I walked back the way I'd came otherwise I'd have got lost!  It's quite a steep climb up to the windmill, so that was sufficient exercise for my poor old legs. 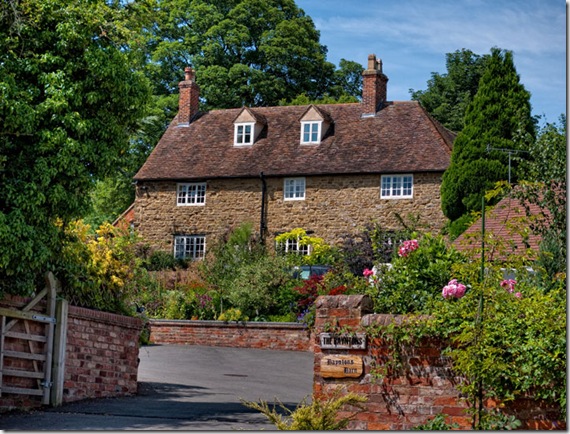 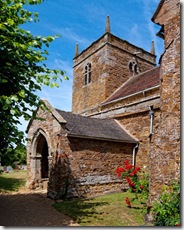 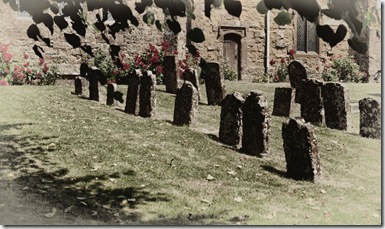 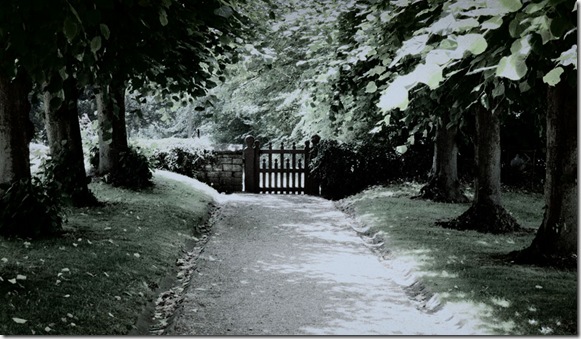 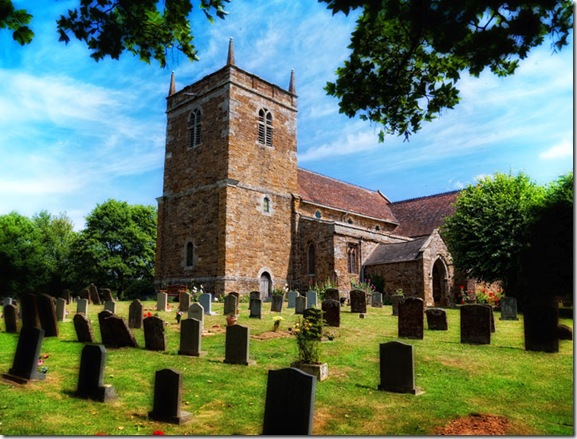 Religious or not, most churches are stunning buildings to look at 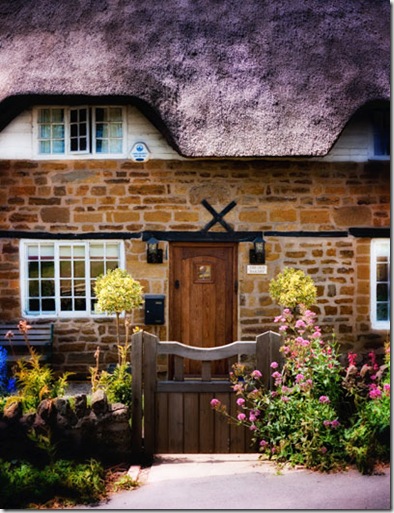 Lovely thatched cottage next to the pub 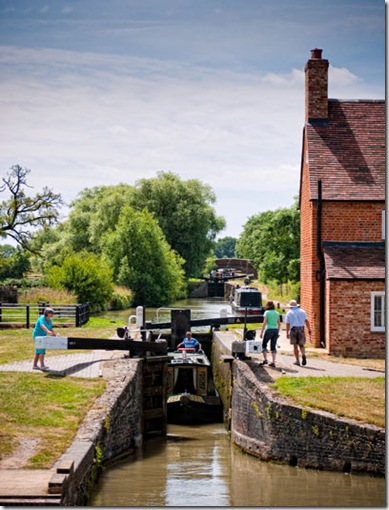 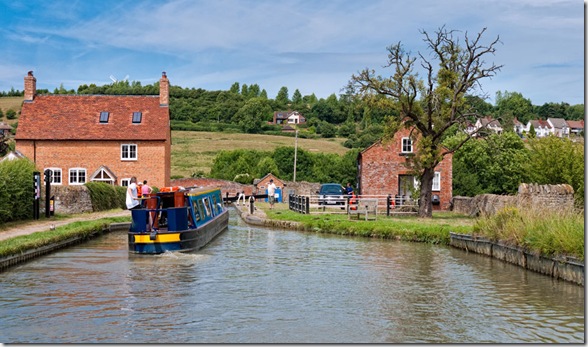 Looking from the other side 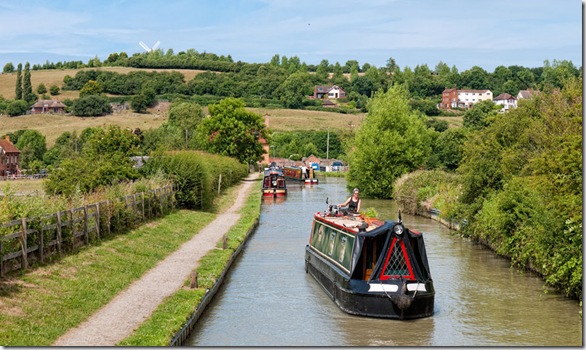 Through the first lock for the day - only eight to go! 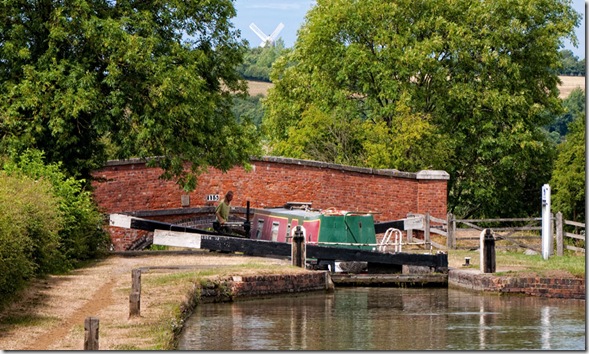 We bumped into one of our blog readers, Andy, who we first met in Stone last year 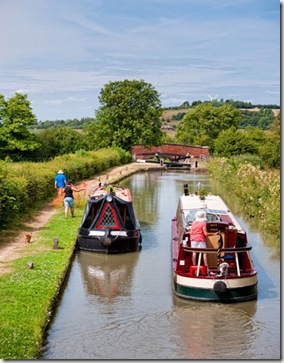 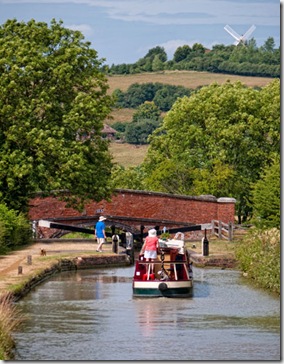 The windmill is visible for some time yet 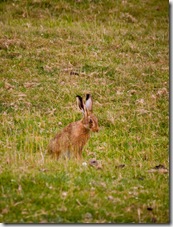 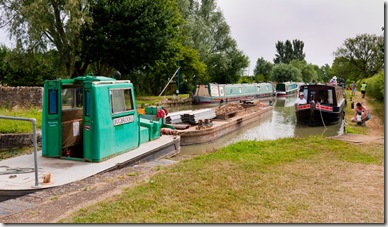 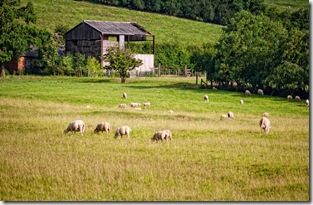 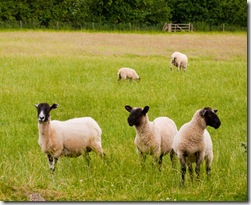 Lots of sheep about 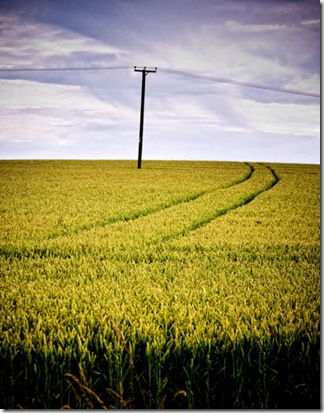 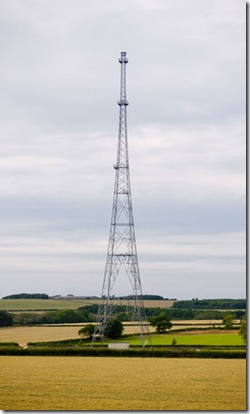 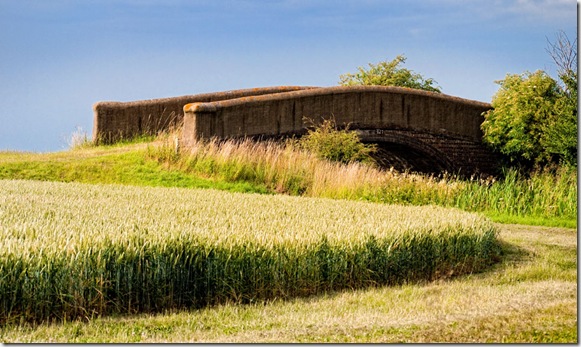 The canal is quite twisty in places so you see bridges appearing to be in the middle of paddocks, only to curve around and through them 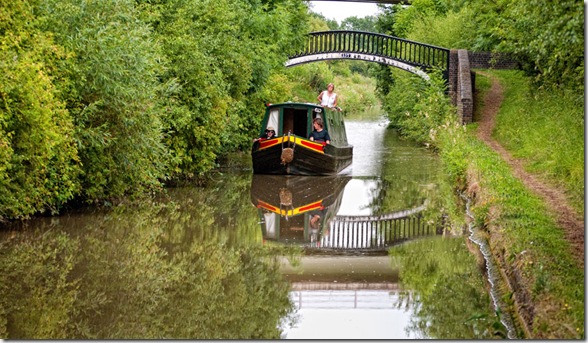 Through 'Fenny Compton Tunnel' which isn't a tunnel anymore 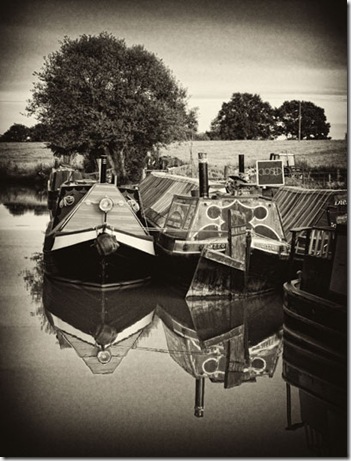 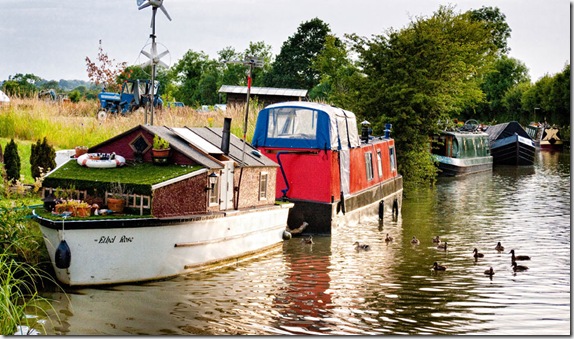 We planned to moor up at Fenny Compton, about six miles and nine locks away from Napton, but after a late start and a fairly busy canal with most of the locks against us, by the time we reached it there wasn't a mooring to be had anywhere near to the tiny settlement - sad really as it looked lovely.  It was after half past eight in the evening by the time we found anywhere suitable to tie up for the night, two and a half miles further on - it was a little rocky on the edges and the boat became 'beached' so we wouldn't be going astray in the night, but it was getting far too late to be moving and if we went much further we'd be at the next set of locks -  and we were hungry! 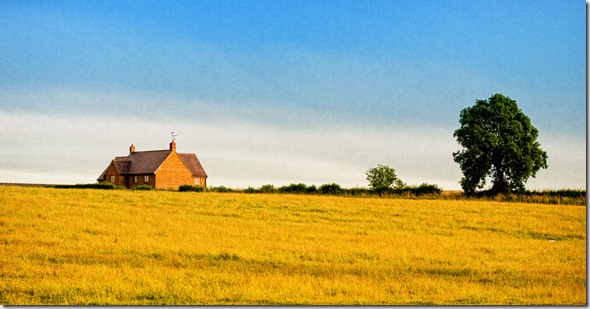 The last golden sunshine for the day

The Oxford Canal so far has been quite a winding waterway, and from what we've heard and read much of it is, so it takes a lot longer than even normal narrowboating, at 3 to 4 miles per hour, to go shorter distances.  But that's OK, we're not in any desperate rush, festina lente.

The weather has been glorious for a while now, of course there's the looming concern of drought warnings but so far they're more in the north than the south concerning the canals.  But a challenge for the last few weeks has been the abundance of horse flies - and boy do they bite if they manage to get hold of a piece of your flesh!  I've had red wheals up my legs from the nasty little critters!  Thursday was the turn of hay flies, those teeny weenie crawly things that just irritate the hell out of you, and when you're already hot and sweaty it doesn't help.  Ah well, it's a pleasure to have the rare warmth and sunshine in England, so I guess in the scheme of things it's not a lot to put up with really. 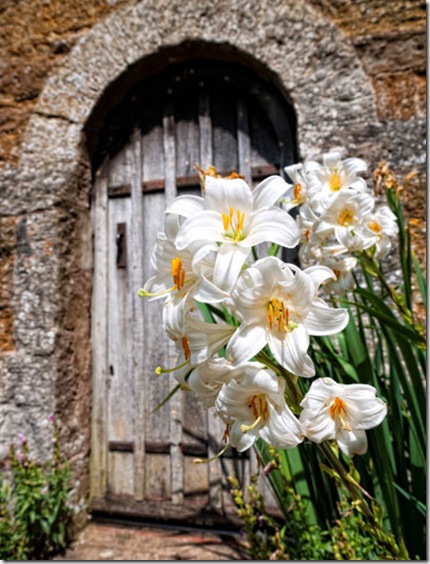 I think a type of lilly - outside the church at Napton - fresh, bright colours