We discovered this morning that we could've moored up in Normanton-upon-Soar last night after all - there was a very attractive riverside pub with moorings - it just goes to show that you shouldn't rely on everything the Nicholson's Guide says, and I quote "...the inhabitants of Normanton guard their waterfront jealously, making it extremely difficult to get ashore". 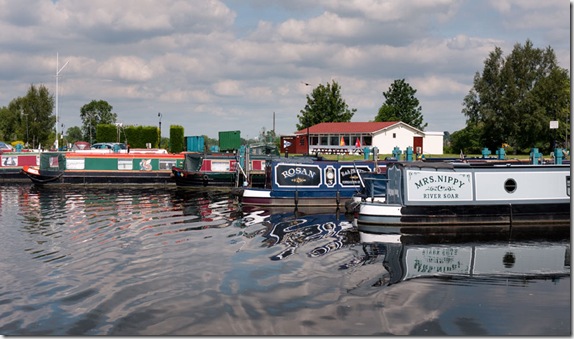 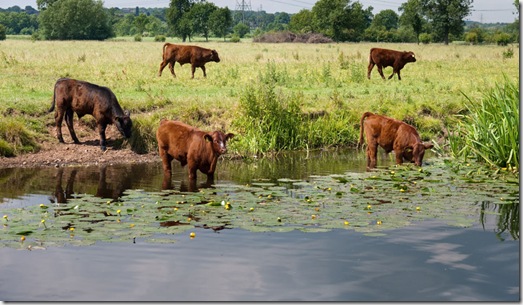 Even the cows are well washed and turned out here!

There were certainly some very exclusive waterside properties; I've always been astounded that there's so much wealth around in England and occasionally wonder where they get all their riches from to be able to afford such opulence?  But it doesn't keep me awake at night, good on them, so long as it makes them happy.  Maybe they're all football players and their WAGs?! 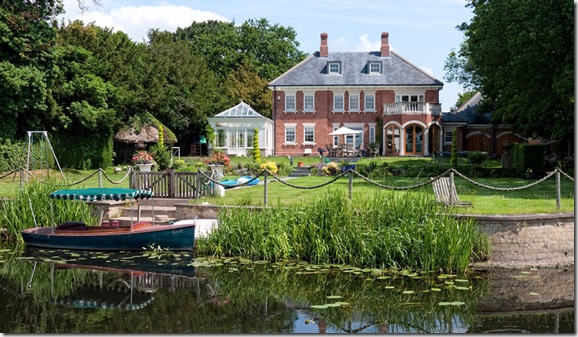 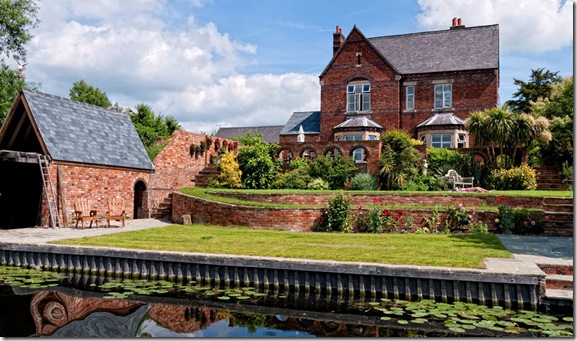 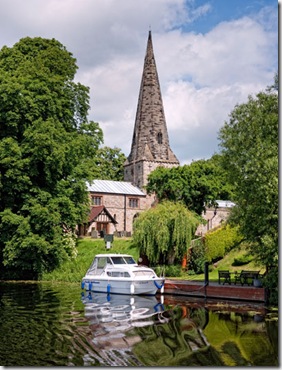 Only three locks to negotiate today.  At the first one, Bishop's Meadow Lock, we encountered a wide beam narrowboat full of elderly folk on 'Symphony', owned by the Peter Le Marchant Trust, which can take up to 26 disabled or seriously ill people and their carers out for the day from 1000 to 1500hrs.  How wonderful to know that there are such charitable bodies around, it sort of makes up for the extravagances of the upper classes.  The gentleman in charge was chatting to Barry and proudly informed him that he'd been instrumental in starting up the magazine 'Canals and Rivers' in 1978 (then called 'Canals and Riverboats'), which is still published today. 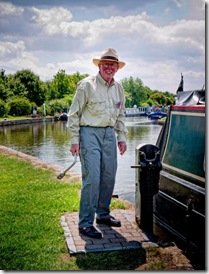 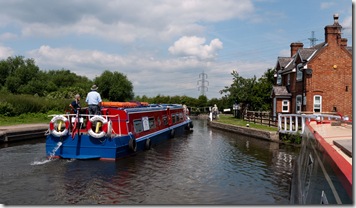 Symphony and the darling gentleman who drives the boat and says he'll keep doing so until he's 80 if possible - another six years to go! 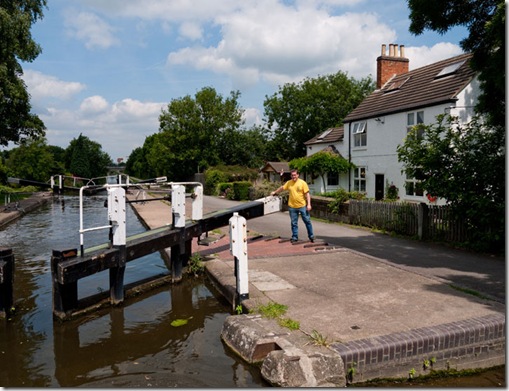 We moored at lunchtime not far from Loughborough Wharf, an attractive newly built area along with some good looking apartments.  A short walk away was a large Tesco's so we could stock up on provisions. I know that we could shop with them on-line and get them to deliver to the boat, but we're never quite certain where we're going to be from one day to the next, so although it sounds great in theory we've yet to be organised sufficiently to put it into practice! 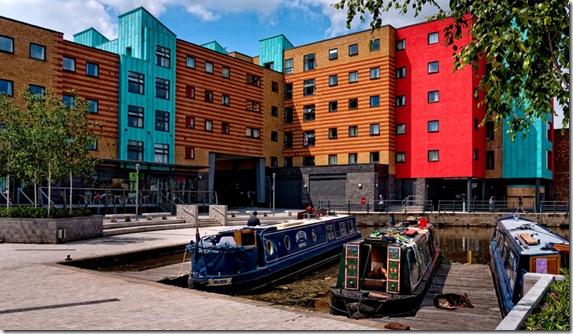 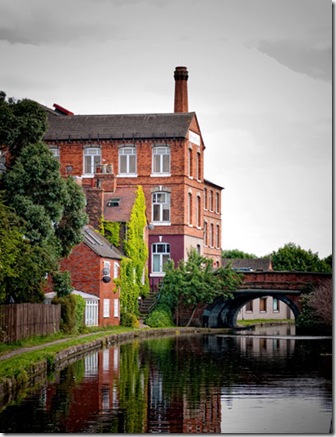 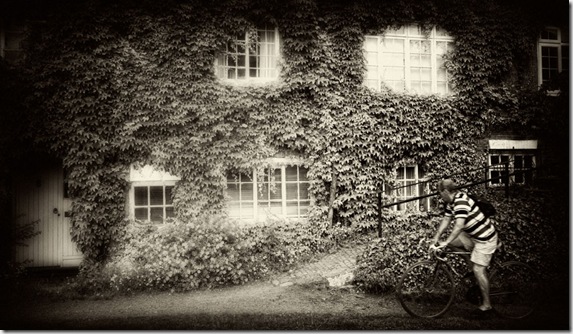 Barry had seen that there was a 'Bell Foundry Museum' in Loughborough, which made the largest bell in Britain, "Great Paul", the massive Bourdon bell at St Paul's Cathedral in London in 1881, weighing an incredible 17,002 kgs/37,483 pounds.   The foundry also made the bells for the Carillon War Memorial, a landmark within the Queens Park in the town, and  York Minster.  However, by the time we'd moored up closer to the factory and ate lunch it was after 1500hrs so we decided not to visit but to continue our journey to Barrow-Upon-Soar.  We're not sure if we missed anything exciting - it certainly didn't appeal to me I have to say, interesting as it is!

I found it very amusing to find that there are apparently a high proportion of Australians in Loughborough, as students and alumni of the University, and so the town occasionally gets named 'Loogabarooga', both purposely for comic effect by Australians in the town and accidentally by visiting Australians unaware of its correct pronunciation - hilarious! 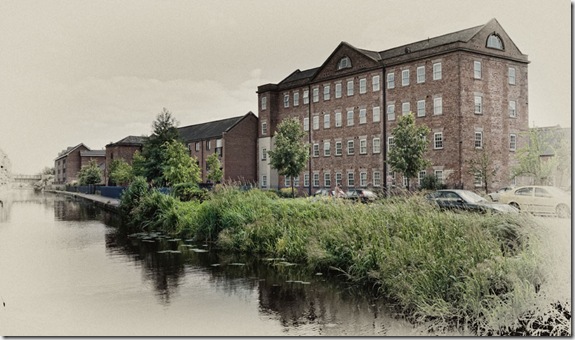 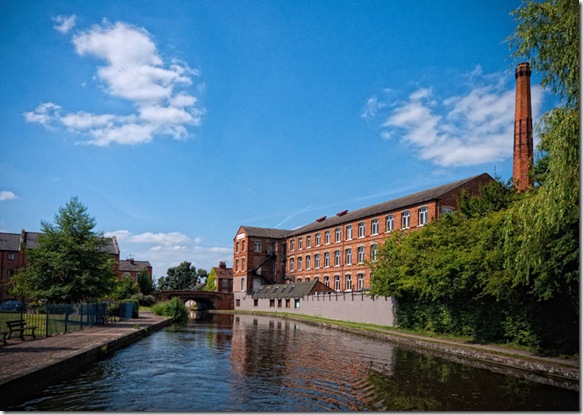 An old Mill now made into desirable apartments 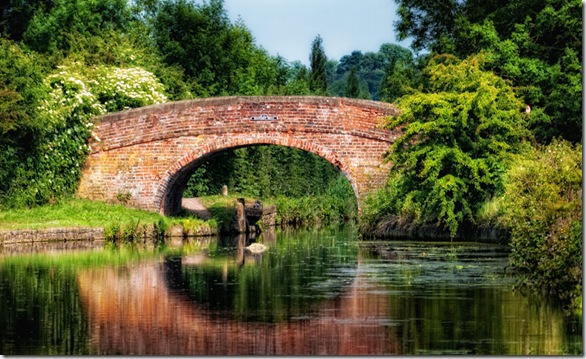 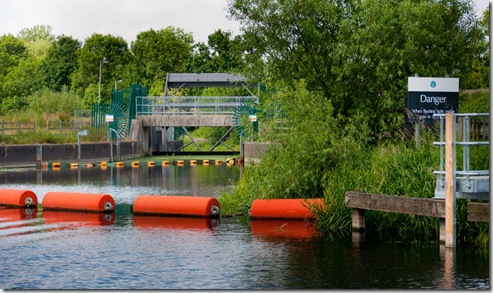 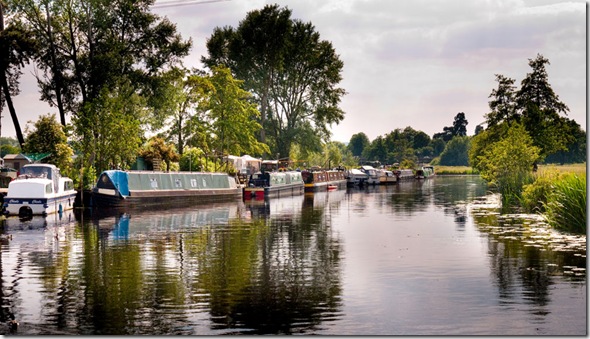 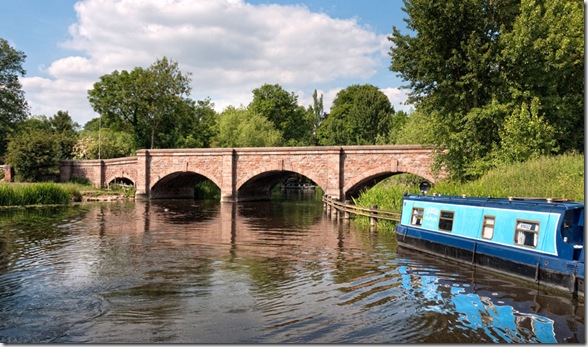 We arrived in Barrow-Upon-soar in the early evening and had a walk around the village before dinner.  There's a huge caravan/camping ground over the bridge from the village which appeared to be filling up with weekend revellers - but only mixed sex groups (over 18) or families allowed here thank you very much.

Late in the evening we sat out on the tow path with our neighbours beside their new boat 'Pilgrim's Progress', only ten months old and looking polished and pristine, discussing many interesting topics, including New Zealand, as one of the couples has a daughter who lives and works in Rotorua (in the centre of the North Island, famous for it's boiling mud and steaming fumaroles) - it's a small world! 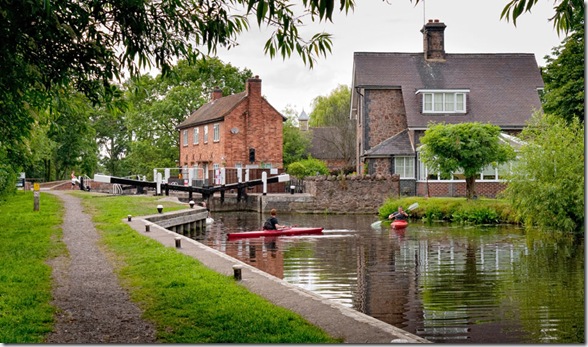 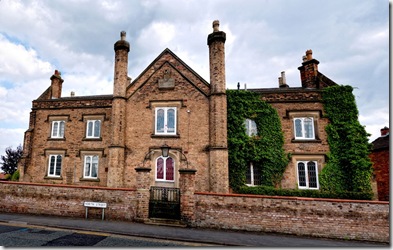 Some of the photogenic properties in Barrow-Upon-Soar ... 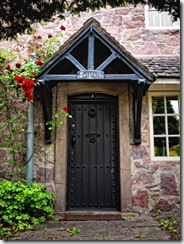 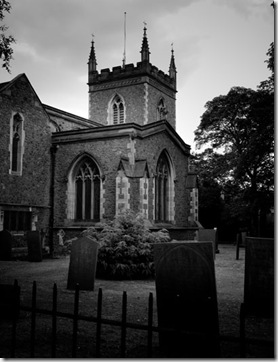 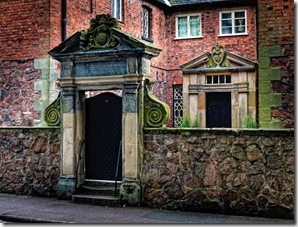 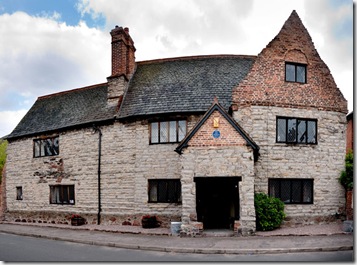 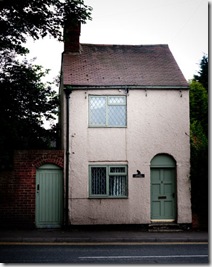 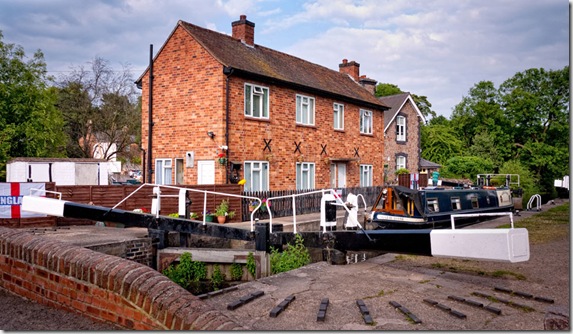 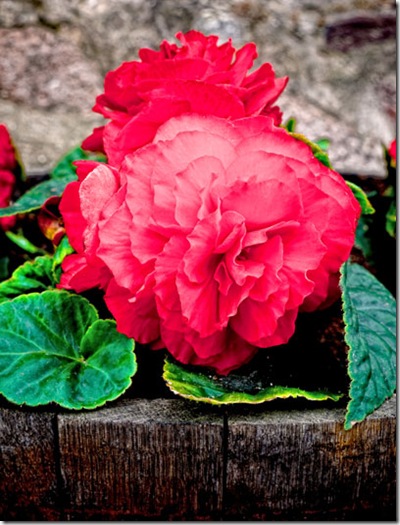 A beautiful begonia (I think!)