The longest day and the Erewash summit is reached! It's all downhill from now on ...

Wow!  It was a beautiful sunny Monday for the longest day and our final part of the Erewash Canal taking us through the remaining five locks.  Of course the problem with routes where you have to turn around and retrace your steps, is that you're aware how tough the locks are going to be on the return journey!  Interestingly the temperature peaked at around 22 degrees, whilst in our home town of Gisborne, on the shortest day of the year, the temperature was 18 degrees - imagine that in the depths of winter?! 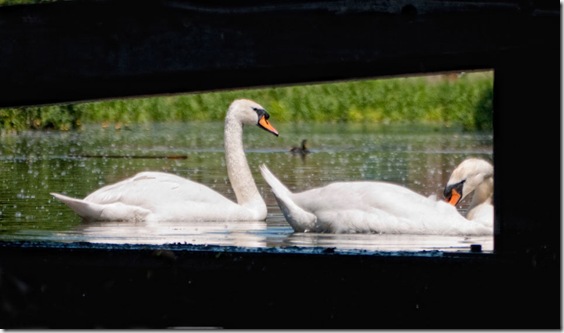 An unusual 'through the lock gate' swan shot 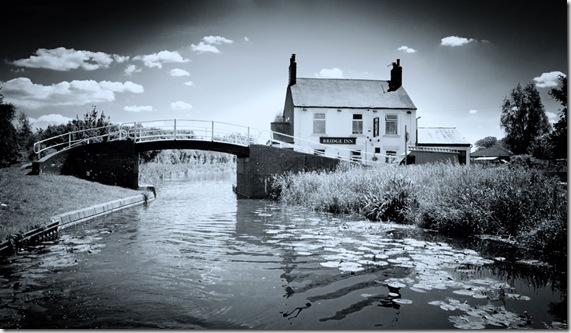 Such a pleasant canal with many pubs along the way 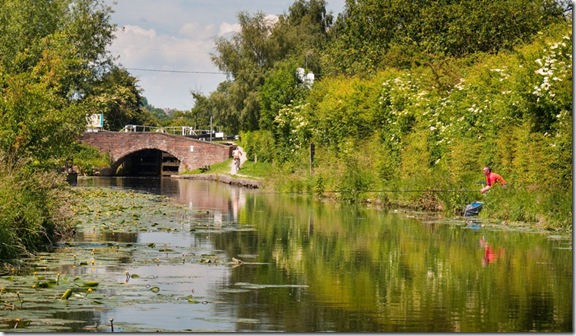 And believe it or not, even the fishermen that we've met have been friendly!  The 'Erewash Canal Preservation and Development Association' stock up the canals with fish annually 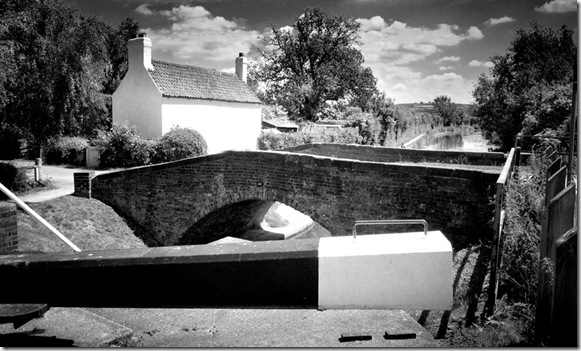 A lot a locks! 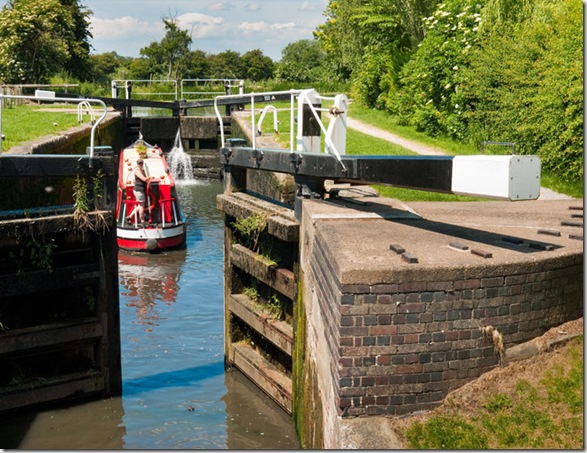 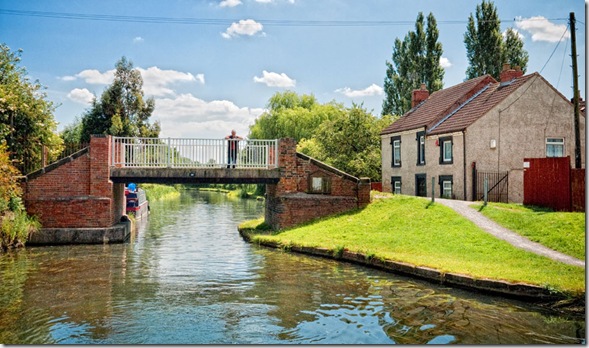 Such a lovely sunny day, everything looks bright and cheerful

It was also World Humanist Day on Monday - Wikepedia says:

"According to the International Humanist and Ethical Union (IHEU), the day is a way of spreading awareness of Humanism as a philosophical life stance and means to effect change in the world."

So that's what I'm doing!  Today also marks the start of World Humanist week.  If you're not sure what 'Humanism' is all about, go to their web site where they'll inform you, and you may be surprised how many famous people ascribe to these pragmatic beliefs:

"Humanists......are atheists and agnostics who make sense of the world using reason, experience and shared human values. We take responsibility for our actions and base our ethics on the goals of human welfare, happiness and fulfilment. We seek to make the best of the one life we have by creating meaning and purpose for ourselves, individually and together."

Of course this encompasses our philosophy of life - we absolutely believe that we have to make the most of the one we're given because it's very likely to be the only one we're going to have!!  We had a Humanist wedding on board Northern Pride in September last year which was amazing.

Anyway, I digress, back to the Erewash - we passed only one other narrowboat travelling in the opposite direction - which was fabulous as it meant that all the locks were in our favour.  And unless someone ventures up and then returns in the next day or two, the first five at least could be our way on the return. 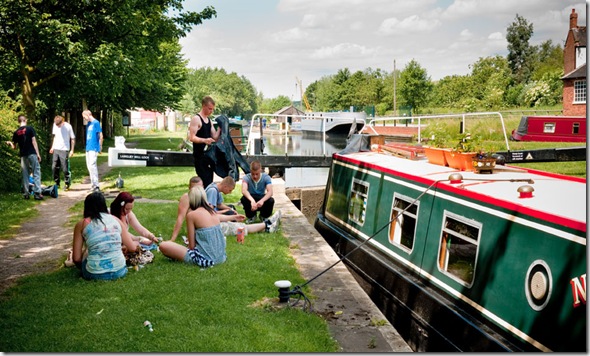 Langley Lock at The Great Northern Basin - lots of youths hanging around but not particularly menacingly, just enjoying the sunshine!

The Great Northern Basin is the end of the Erewash Canal, from there it turns into the non-navigable Cromford Canal and there are a number of boats moored securely behind a locked fence above the winding hole.  The Basin once formed the junction of the Erewash, Cromford and Nottingham canals.  Mining subsidence led to the Nottingham Canal closing so cannot be restored, but the Cromford Canal could be on the BW list for restoration in the future. 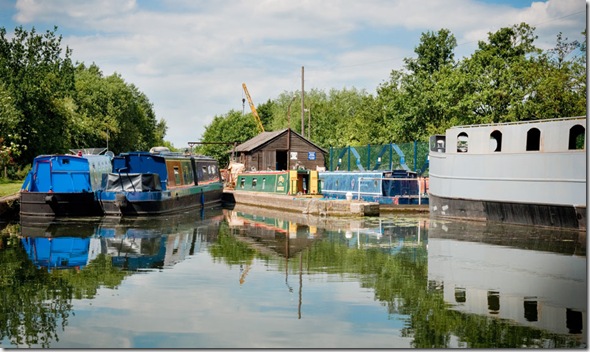 Langley Mill Boat Co and some of the permanent moorings 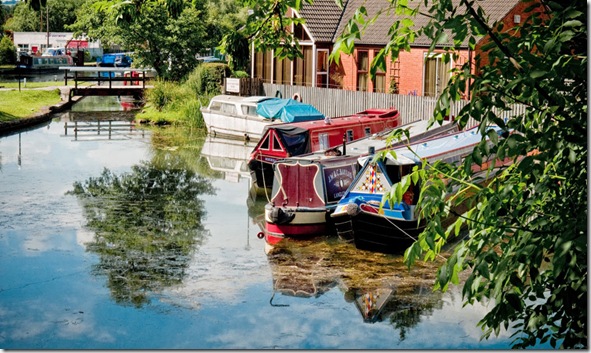 More permanent moorings on a side arm, close to the 'Great Northern' pub - Northern Pride in the background

We're not sure how long we'll stay here, the basin is very peaceful despite being close to a main road.  In the afternoon we took a walk into Eastwood, up the steep hill (Eastwood Hill but no resemblance to the Arboretum that's in Gisborne!), to have a look around.  This is the birthplace of D.H. (David Herbert, known in school as 'Bert') Lawrence, he of 'Sons and Lovers' and 'Lady Chatterley's Lover' fame, but unfortunately his birthplace and the Heritage Museum are closed on Saturdays and Mondays so we'll be making the climb once more in the morning and I may just have to make a purchase as I'm pretty sure I haven't read either of his classics ... 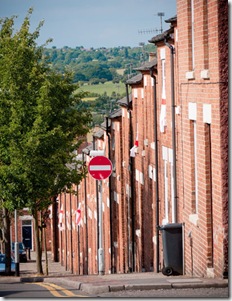 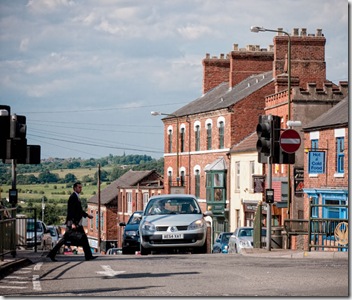 Eastwood, built on a hill 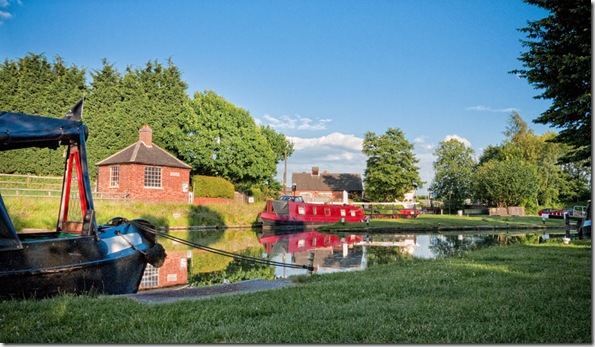 Northern Pride moored in the basin 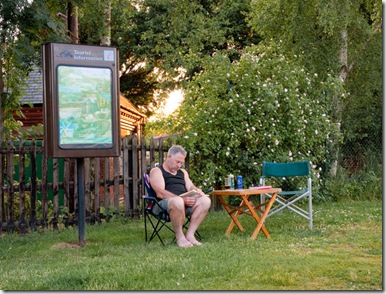 Barry chills at the canalside in his Union Jack England chair - it came with the boat honest! 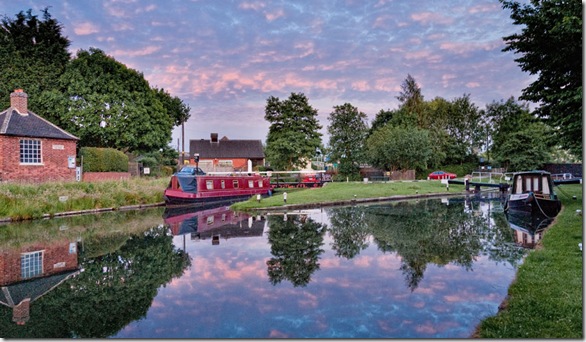 A spectacular sunset towards the end of the longest day 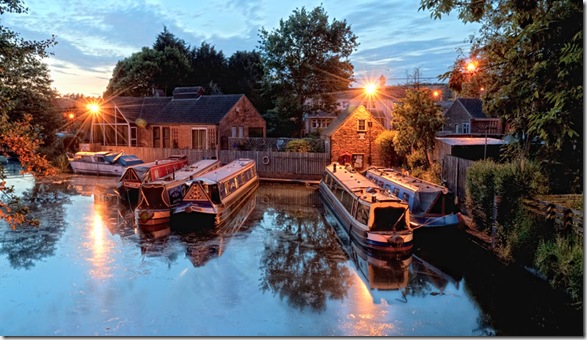 Night-shot of the side arm ... 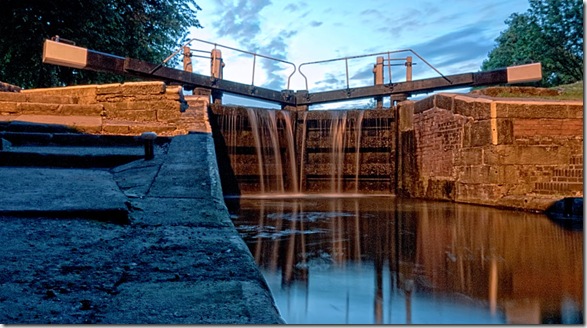 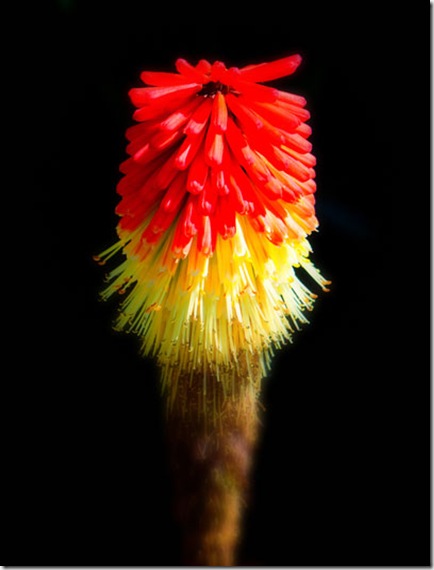