Watch out, kids on board!

Fred, the boys and I had a short walk through the park this morning to the Spar shop and to check on the car while Barry got the boat ready for today's journey. Within the space of a hundred yards there were two traffic wardens, one writing out a ticket for a car parked on a single yellow line; Fred checked with the other one that this car would be OK until tomorrow, just in case. 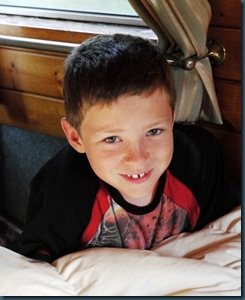 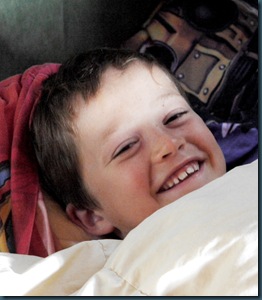 Tom and Alex, having a bit of a lie-in! 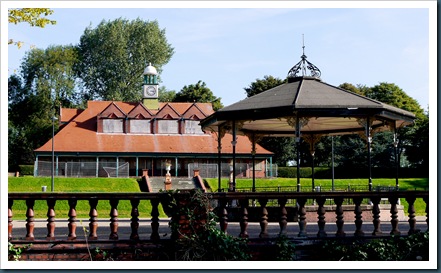 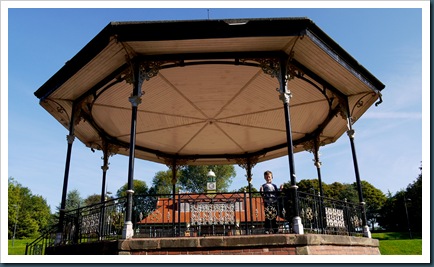 Alex alone in the bandstand 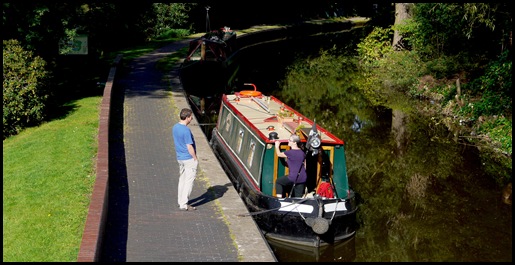 Supplies bought, back on the boat ... 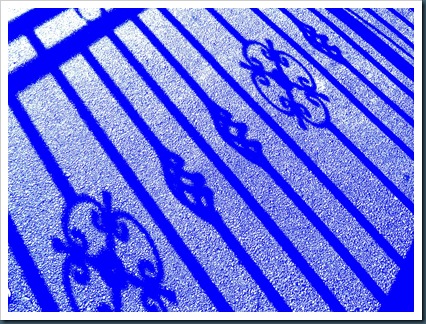 With the provisions loaded, we set off to see how far we could get towards Leek. 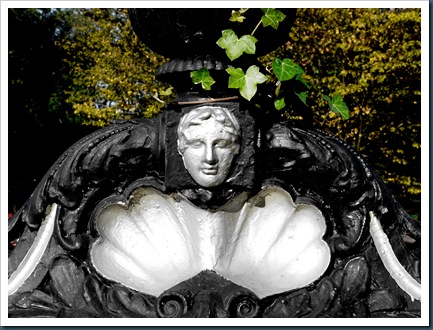 Cool metal sculpture on the bridge close to our mooring 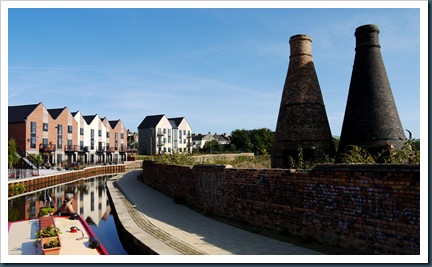 Old pottery kilns on the outskirts of Stoke ... 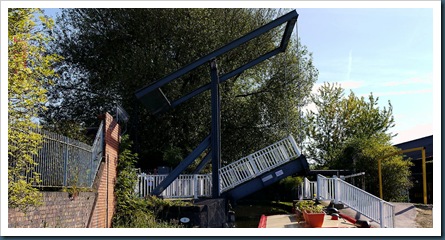 The semi automatic lift bridge, still had to lower and raise the barriers by hand 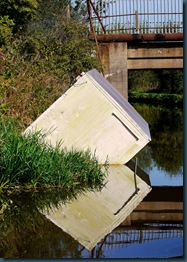 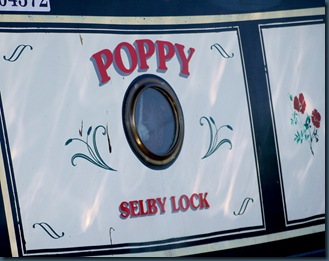 Not sure how it got in the canal - a refrigerated trailer - and a boat for Poppy, Tom & Alex's dog 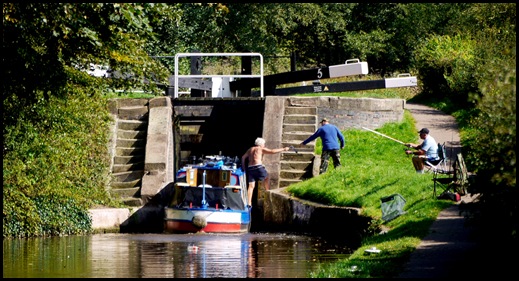 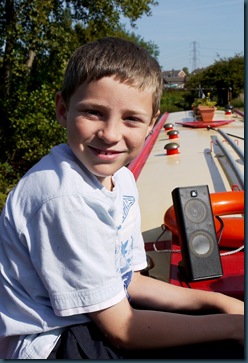 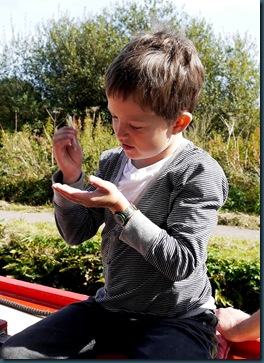 Talk about outnumbered, I think I was the 'boat wench' today, with Barry and Fred having a great time chatting and driving the boat while I entertained the boys, did the locks, lift bridges and made lunch, lol! It wouldn't have been so bad if it wasn't for the 'Pokemon cards' that Alex and Tom played on and off but couldn't quite manage to complete a game without trying to kill each other, or at least that's how it sounded! Crikey, boys are hard work, thank goodness I had two girls! I think I'm just a little out of practice though, it's been 20 years since I had a six year old to contend with. 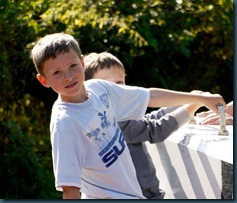 Tom and Alex do their bit with the locks - look at that concentration! 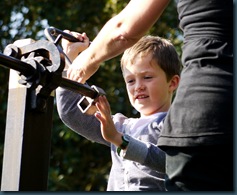 Alex gets a lesson from Sandra - a very capable six year old!

The boys came and helped me with the locks and did really well bless them. No accidents or near misses, they were enthralled by the way the locks worked and wanted to prove how muscular they were opening the paddles and gates. They did spend some time at the tiller end with the bigger boys too and seemed to enjoy the experience. 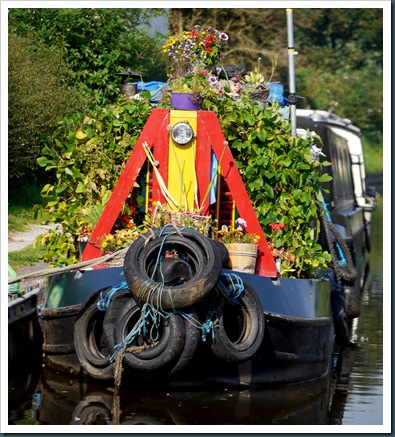 A bit of a garden centre on the front of this boat - maybe Jack and the Beanstalk? And what's with all those tyres?! 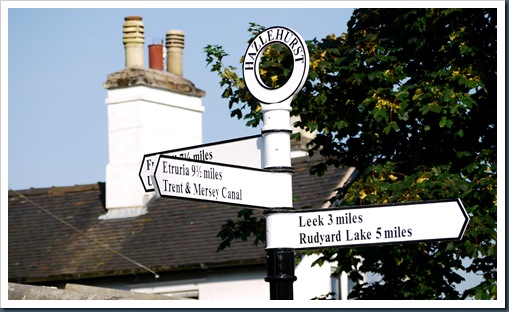 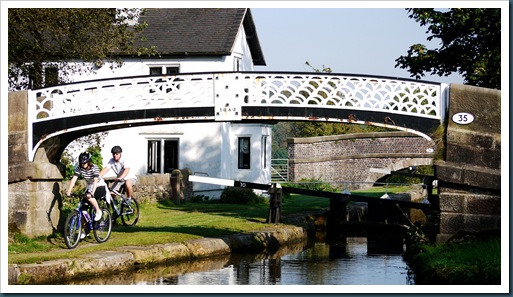 The junction of the two arms

Early in the evening we took the left hand arm towards Leek, and drove over an aqueduct which crosses the right hand arm towards Utoxeter - Barry found a great pub just down the road called 'The Holly Bush' and we stopped for a drink and dinner there. It was a very busy place with a playground for the kids; a fabulous spot on a sunny autumnal evening. 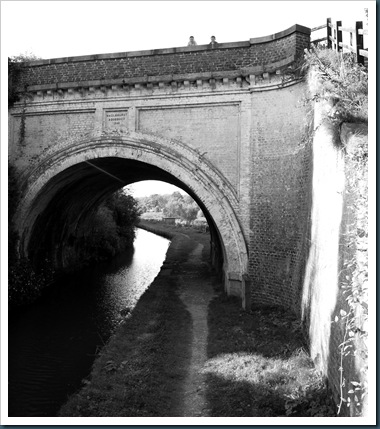 Tom and Alex look out over the aqueduct 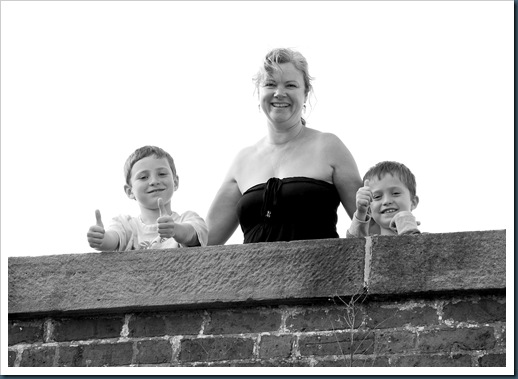 It's a very peaceful and picturesque stretch of canal, which is good for us adults wanting a quiet life, but not so fabulous for the boys who really wanted to find a town for a change as they live out in the country! 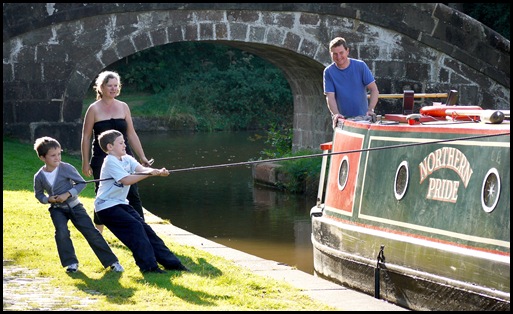 Tom and Alex bring the boat in - muscles of steel! 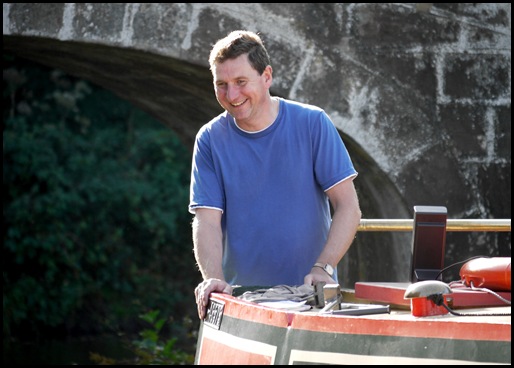 Fred's had a good day driving the boat - time for a beer though now maybe? 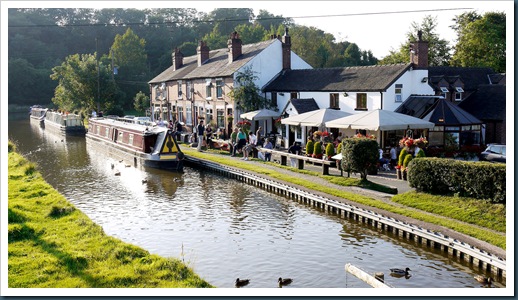 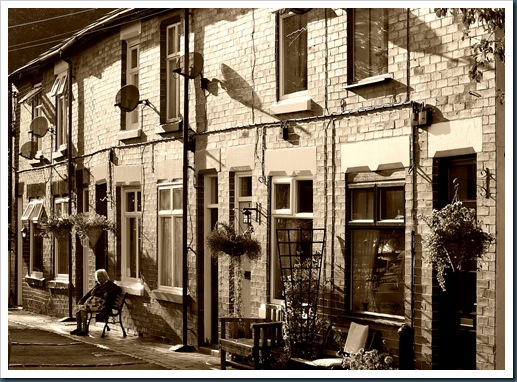 The canal-side cottages next to the pub - what a magnificent place to live, though it may get quite noisy at times! 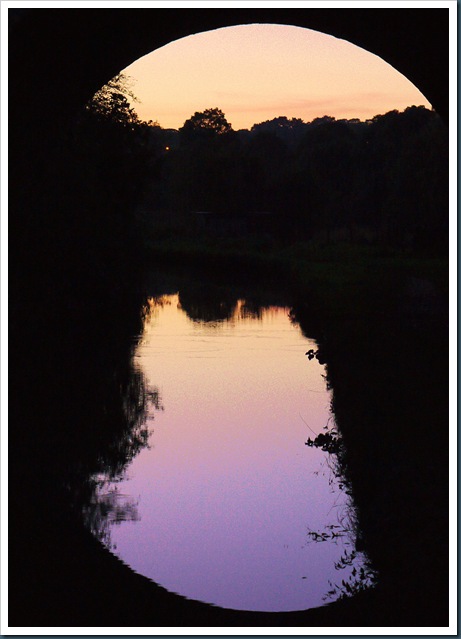 The sun sets on another magical day ...

Back on the boat and the boys were desperate to watch a movie but of course couldn't agree which one, so we wrote the tittles of two down on separate pieces of paper and Barry picked one out - 'Star Wars; Revenge of the Sith' it was! We all tried to stay awake until the end, and mostly succeeded, though I think I may have dozed off once or twice.