A marvel at Marple

We said goodbye to the stone circle and headed back up the Peak Forest Canal, taking the turning south to the Macclesfield once more. Charlie, the man who we’re hoping will look at the electrics again, is away until tomorrow afternoon so we thought we’d stay overnight in the lovely Marple and check out the quaint Cinema where we're told they still have an interval and ice-cream sellers. 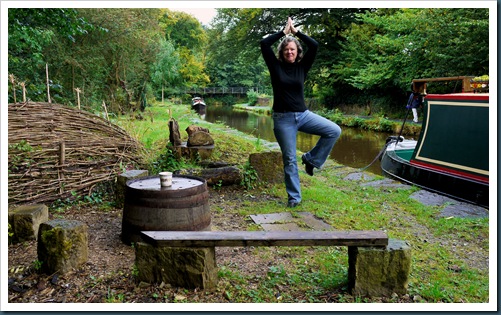 At one with nature! Yoga pose of 'the tree' at the stone circle 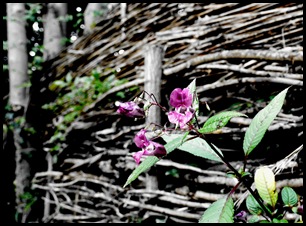 Back through the two swing bridges ... 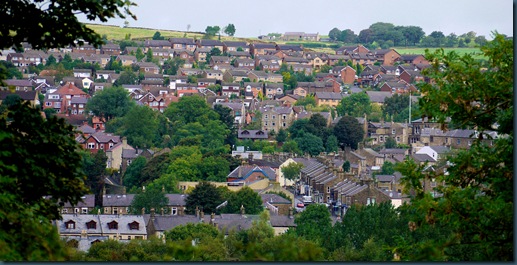 ... past the quaint townships 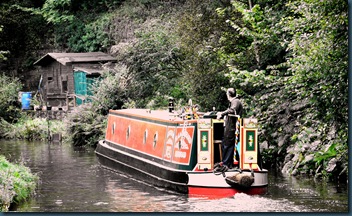 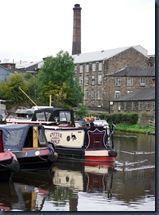 We passed lots of boats on the way, and Matlows Factory, makers of 'Swizzels' Everything is so green! 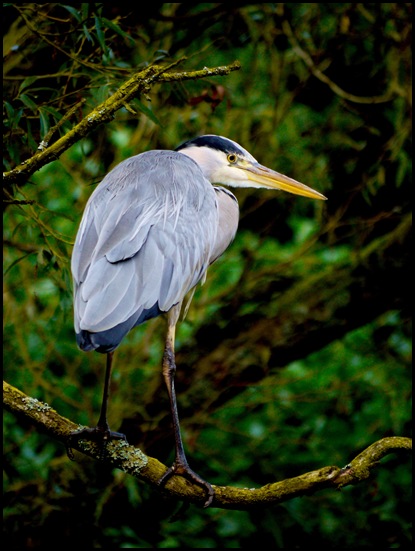 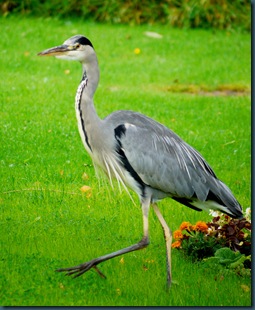 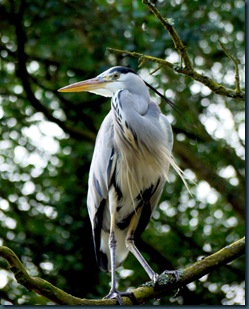 The local herons seem less nervous than elsewhere, and don't fly away as readily - they are so elegant! 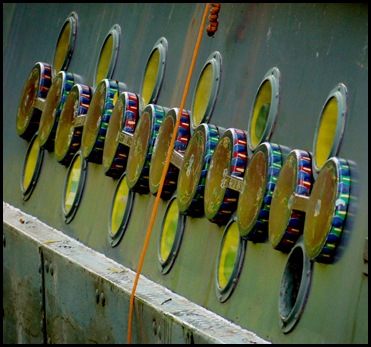 Not sure what's going on with these portholes?? 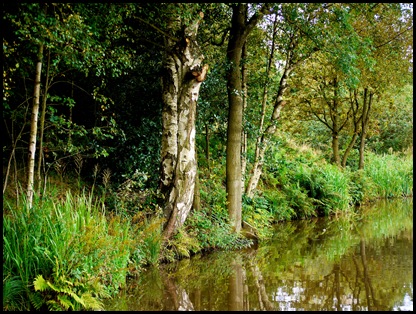 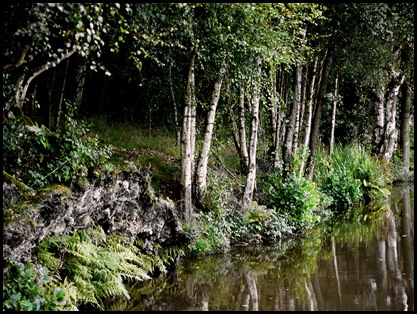 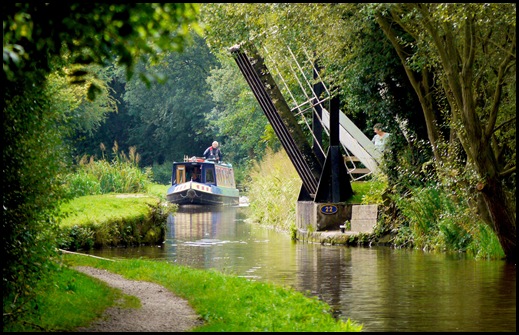 Managed to avoid having to raise both lift bridges 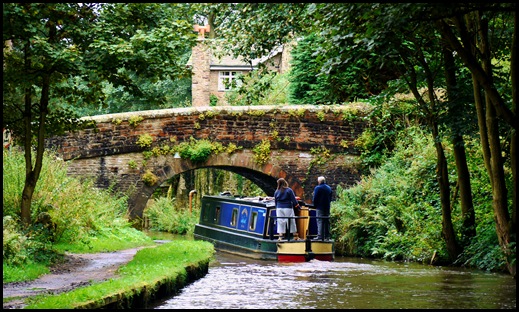 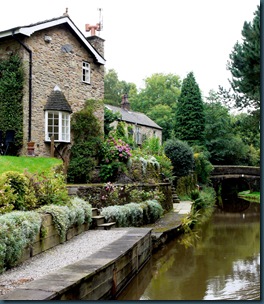 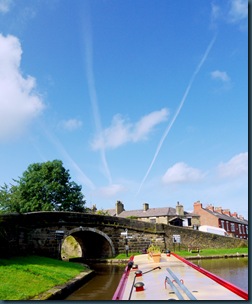 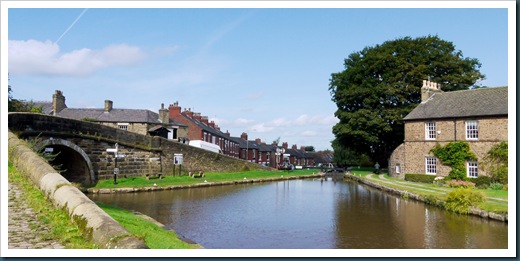 As we moored up I said to Barry that the boat appeared to be tilting; but he dismissed me as men are wont to do when they think a woman is just being overly cautious – until he looked below and saw that the bilge pump hadn’t been working and we had quite a bit of water on board! It didn’t help of course that we also had a full toilet tank, but we won’t bore you with those sorts of dirty tales! Barry got it working, not sure whether it’s to do with the electrics, and the tilt improved.

I went for a walk to the supermarket to get some garlic for my leek and potato soup (I love cooking while I’ve got time to shop for the right ingredients and make things from recipes; we certainly eat well on board!), but on my way I was a little distracted from the path by a craft shop advertising a workshop making sleigh cards for xmas – crikey, it can't be coming again so soon! As I was thinking that my left foot slid from under me and I almost fell onto my rear end – bloody dog pooh! How can anyone allow their canine ‘friend’ to make such a mess in the middle of a high street full of people and children? It’s beyond me, disgusting creatures (that’s the owners as well as the dogs!). I had to find somewhere to scrape my shoe and kept giving it a rinse in the puddles of water (no shortage of those!). Yuck! 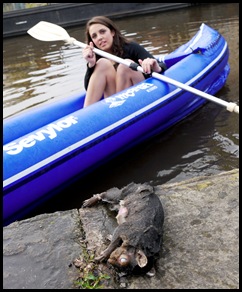 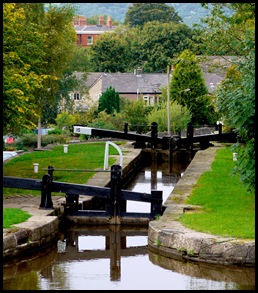 The girls lifted this poor dead squirrel out of the canal, and Barry took it to the rubbish skip - shame

Marple is just like it sounds - a town from the Miss Marple series. Unfortunately Barry didn’t really take any photographs as all he did was go to the hardware store again, but must’ve forgotten his camera! Strange; maybe he’s winding down … 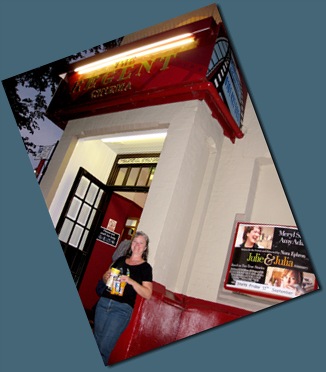 We did take a couple of shots at the The Regent cinema. It’s a well preserved theatre that looks as though it’s time-warped in the 1960’s. We saw the movie about the life of Coco Chanel, the French fashion icon, with Audrey Tautou in the lead – magnificent! I love stories about strong women who refuse to be subjugated by society or men.  Barry wasn’t quite so enthralled, and I think he was one of only two males in the audience of mostly middle aged and elderly women! Bless him – he did enjoy his popcorn, revels and an ice cream in the interval though! 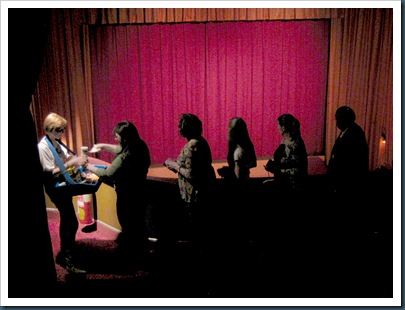 Remember ice-cram sellers in the interval all those years ago? 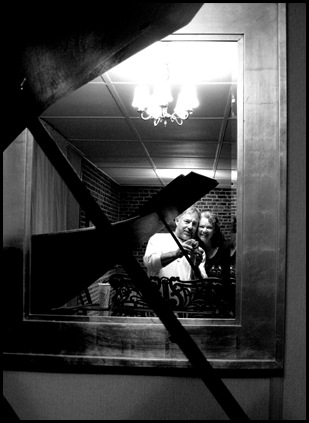 And on the first floor, at the entrance to 'The Circle', was a fabulous grand piano