Power restored once more and the perfect venue

We started out later than planned this morning, and had a call from Charlie about 1130hrs as he'd arrived at the Dog and Doublet.  Unfortunately we were still about an hours journey away, so he found another place to meet at Curdworth Top Lock.  A lovely lady in a cottage there made him a cup of tea while he waited for us. 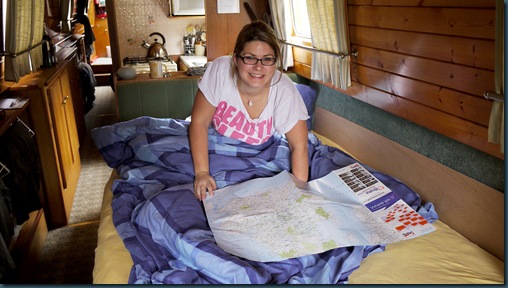 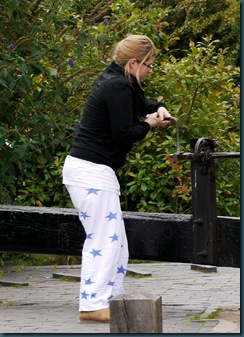 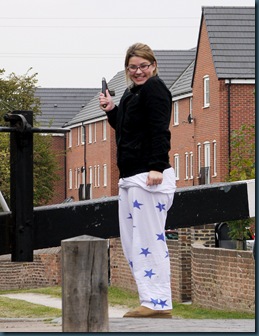 First locks of the day at Glascote - in her pyjamas - you're not in Gisborne now! 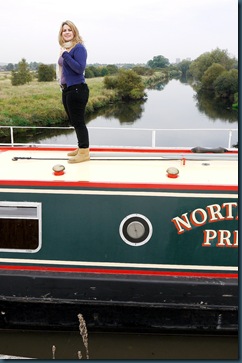 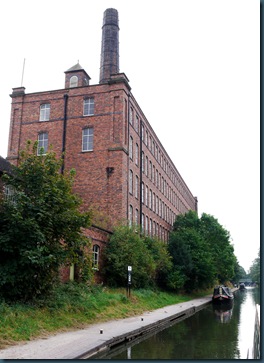 Across the Tame Aquaduct again! then left at Fazeley Junction 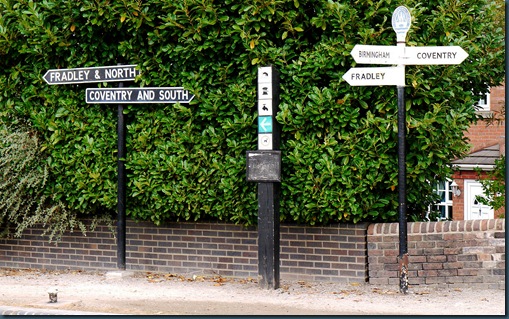 Sometimes you can't find a sign for love nor money, but not here!! 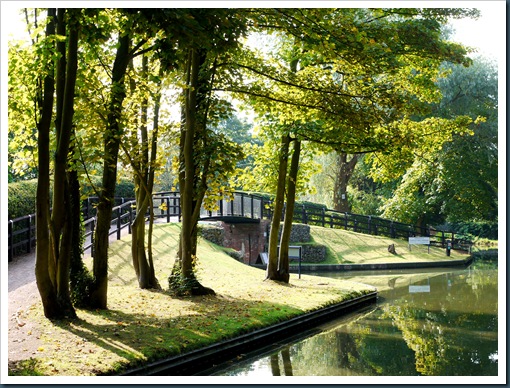 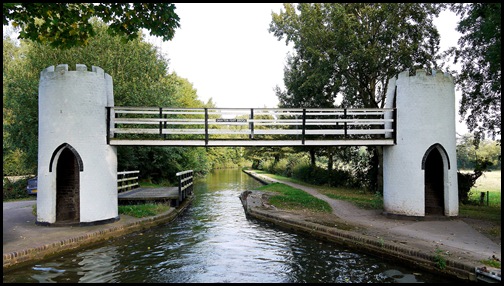 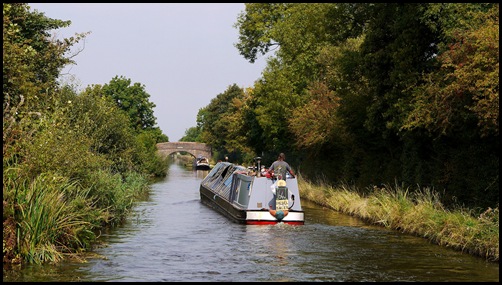 A new alternator was fitted by mid-afternoon so our power is restored once again and hopefully that's it for the drama's in that department!

Jamie and I had a walk along the towpath after lunch, to met up with Maggie, Gary, Mikey and Sophie.  We arrived at The Dog and Doublet in blazing sunshine - it's suddenly the most amazing weather!  What's the chance of it being like this next Saturday?  Slim I'd say, but you never know ...

The pub is right on the canal and we made arrangements to ensure we'd have a mooring on the day.  There's a marquee where the food will be served and we can stay undercover should the British weather not be kind to us! 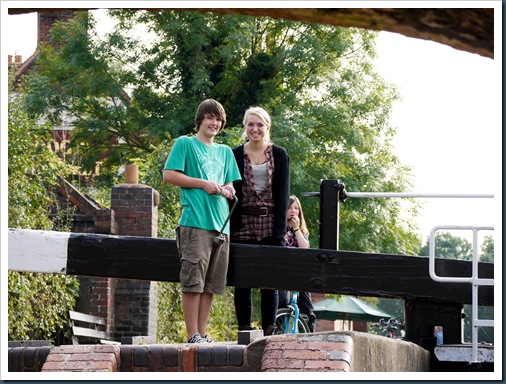 Mikey & Sophie helping with the locks 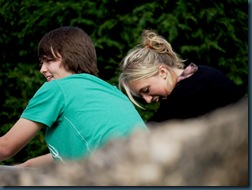 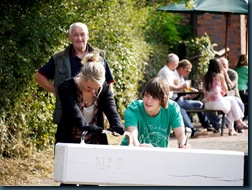 Mikey & Sophie and Mikey's granddad Michael in the background 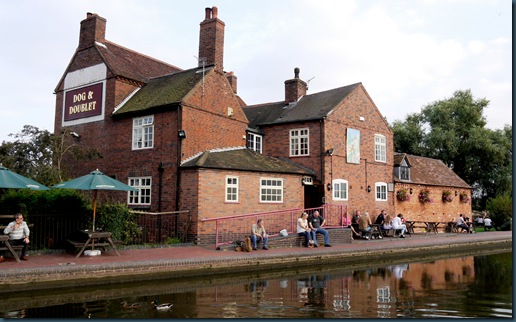 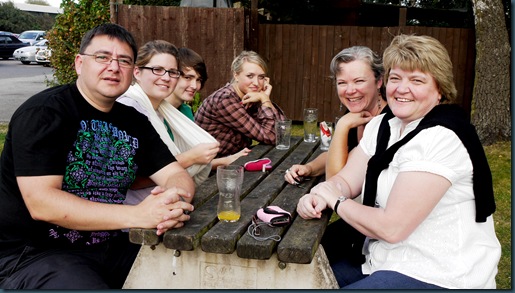 Maggie and co stayed for tea on the boat, and Barry gave Sophie some photography tips as she's hoping to study it at University next year. They wandered over the canal into a hayfield for a quick photo shoot. 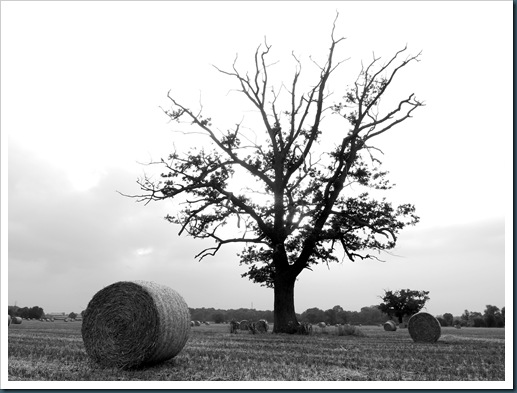 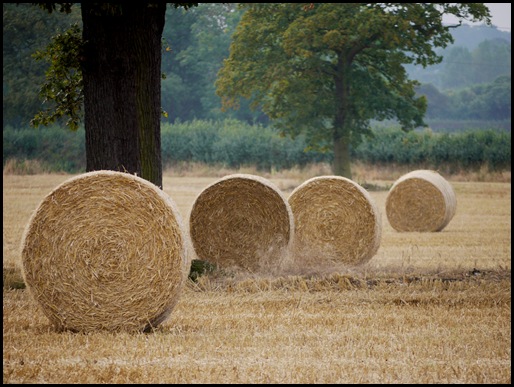 All sorts of possibilities! 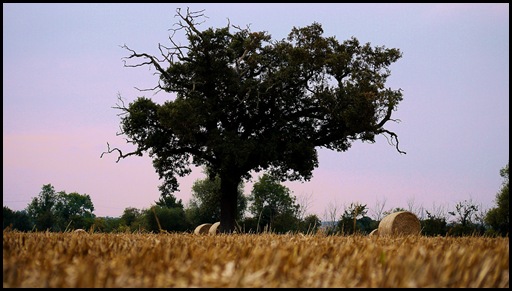 Mikey took this one from lying on his stomach - very clever! 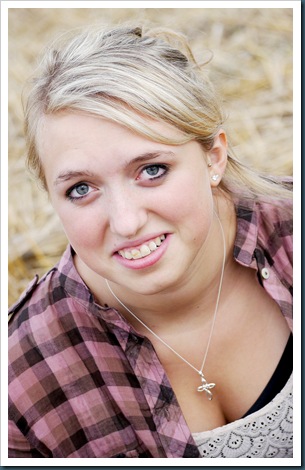 Sophie got to pose before she could say no!

In the evening we noticed gaggles of geese flying overhead and landing in the hayfield not far away, so Barry and Gary went to investigate.  As they walked closer to them they suddenly all flew away all at once.  The funny thing was that the best photos would have been taken from the boat where they were all flying overhead and making a tremendous noise!  Obviously it's getting time for them to fly south for the winter - now that sounds like a good idea to me ... 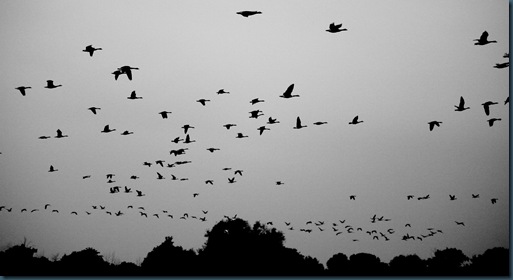 There were literally hundreds of them gathered in the field 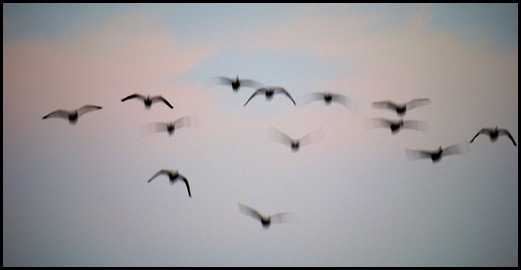 They've apparently been doing this for the last few days and have left each morning at the same time - 8:30am 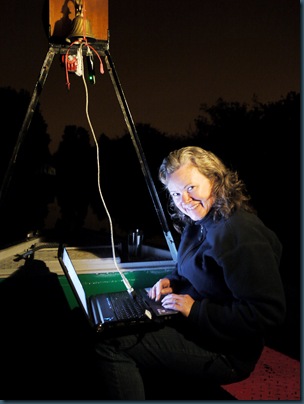