Another fabulous day weather wise, but a bit of a BW gripe

The Macclesfield canal really is pleasurable to cruise through. It was one of the last British canals to be constructed, and was apparently almost a railway instead! The canal opened in 1831, and only finished as a commercial waterway in the 1960’s. It’s initial aim was to provide a short cut from Manchester to London, but was actually used mainly by the mills and mines at Marple, High Lane, Higher Poynton, Bollington, Macclesfield and Congleton. 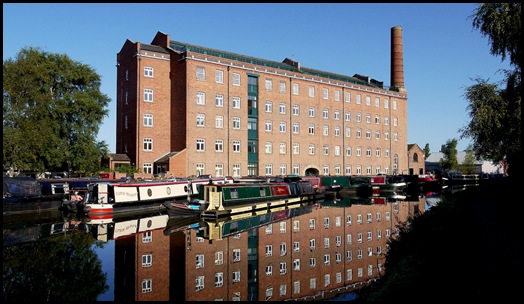 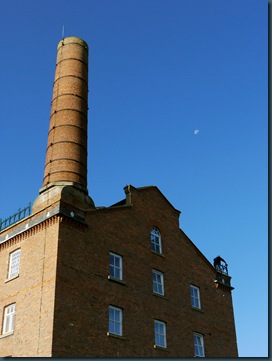 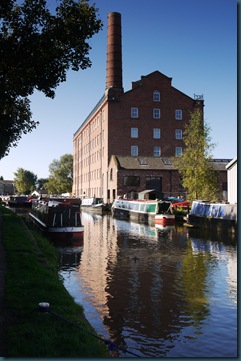 Lovely clear blue sky, you could even see the moon - magical!

Now moving away from the Peak District hills 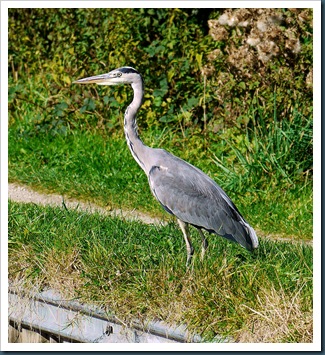 The swing bridge at Royal Oak 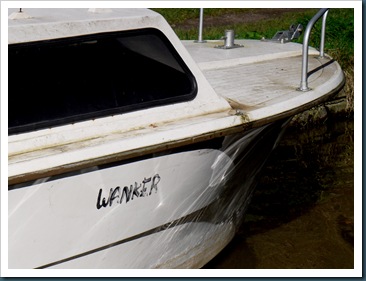 Think this cruiser might have been renamed by a narrowboater??

There are certainly a number of old mill buildings along the way, and a set of 12 locks over a mile and a half just before Congleton. At the top lock there were BW facilities advertised, including a launderette. I hadn’t taken everything to the one in Chinley the other day, so was planning on doing a load here. A very clean and well kept building with a shower, toilet, washing machine and dryer; I thought my luck was in! I had some credits on a BW card I’d bought in Stourport which I imagined would work here. There was no sign of any BW workers, though there was an office in the block. But my card didn’t work and there was no-where to buy any more – instructions across the lock suggested that cards for services could be bought a the Canal Centre in Macclesfield (the place we’d left that morning) or at Bridge 87 – miles further along the canal!

So there I was with a sparkling clean washing machine and dryer and some clothes needing to go in, with absolutely no way of making it happen. Bloody hell! How terribly frustrating is that? What a bizarre system; can anyone explain it to me? Nothing in the two maps/guides we have make any suggestion of this hurdle. Absolutely ludicrous! The weather was fine again so I could've hand washed it all and it would've dried, but I just detest doing it.  So it'll have to wait another few days ... 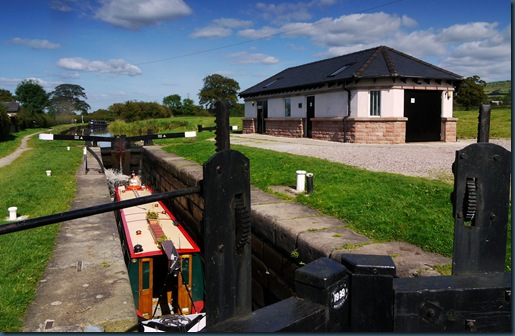 The BW Services building - fat lot of use that was!

Ah well, a minor problem in the scheme of things, once I’d got over my annoyance at the stupidity of it. We stopped for lunch and then tackled the lock flight. 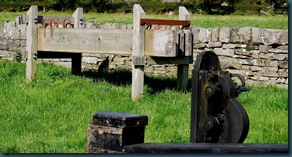 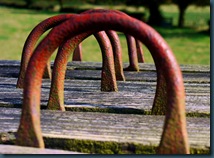 The stop planks on the left, available to be used to drop down slots in the canal to close it off for repairs, etc

These were some of the best kept locks we’ve experienced since we began our journeys in April, mostly fairly easy and with two gates at each end so opening and closing them wasn't a chore. The occasional gate paddle was a bit stiff to wind open, but otherwise we travelled down the one and a quarter miles without a hitch, doing three each so we both got some exercise. 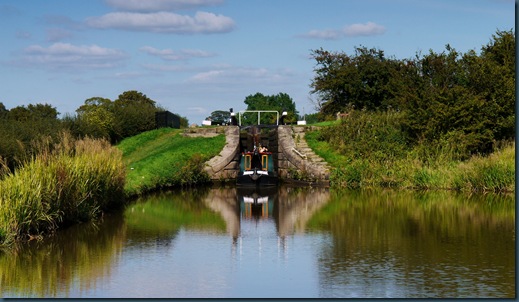 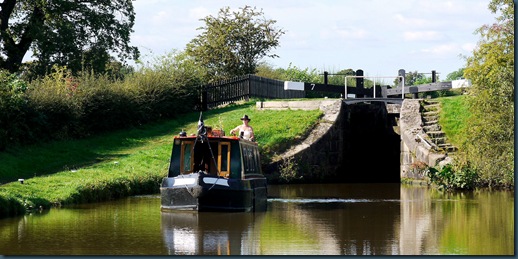 Down the 12 Bosley Locks 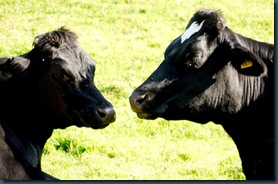 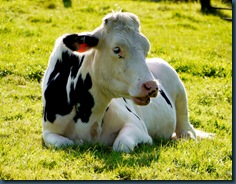 We had a few critical spectators on the way

Think this is the hill with Mow Cop at the peak?

At the bottom I asked Barry whether that was it for the locks until next year, he laughed I think and after counting them said that if we do the Caldon Canal, which we’re planning if we get visitors this weekend, then we have 56 left. If we miss that one out we have 26 left. Ah well, I thought it was a slim hope!

Last lock of the flight - having a breather 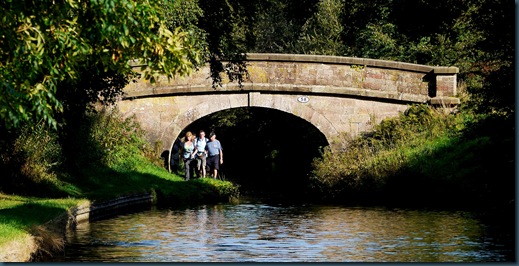 An abundance of bridges crossing the Macclesfield canal along this section 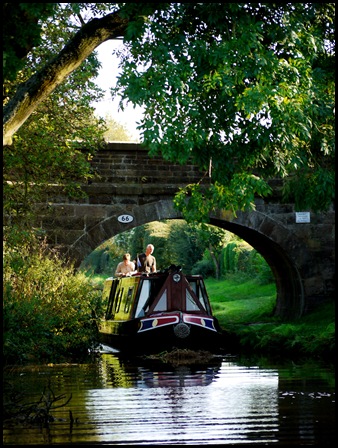 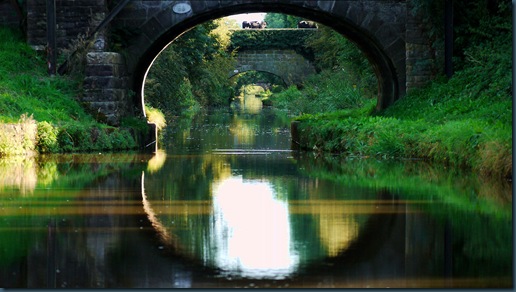 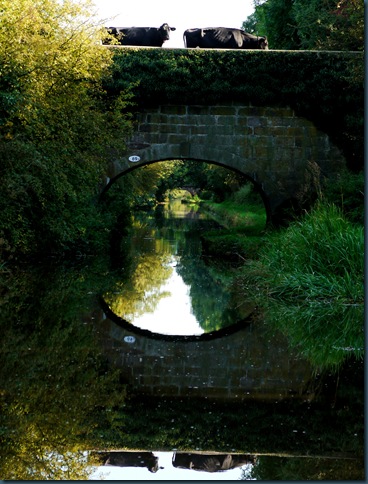 Barry had to make mooing noises to get one to look! 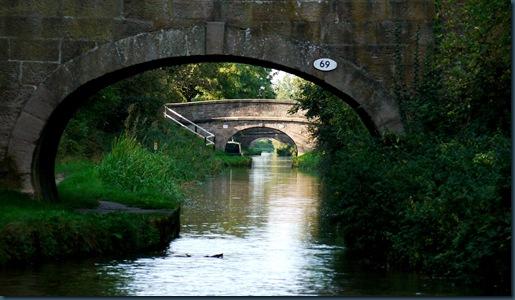 They seem to go on and on!

Due to our hold up with the electrics, we have to make up some ground so we couldn’t stop anywhere on the way. We moved through Congleton, which looked like a very up-market town with a very ornate aqueduct over a main road and a couple of good examples of snake bridges. 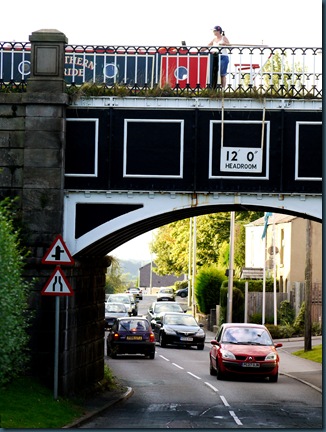 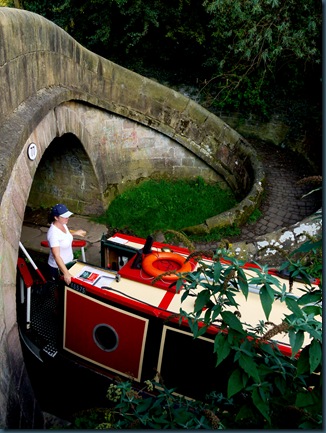 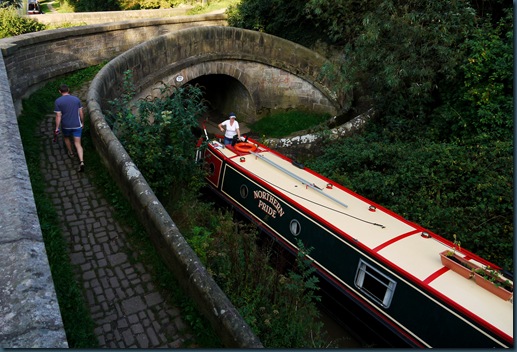 We weren’t sure if our visitors were coming this weekend and Barry wanted to walk to a hill called Mow Cop, where you can see for miles from the summit. So we continued on until dusk, mooring in the open countryside by Bridge 85 where there’s a footpath that leads up to it. The guide suggests it's for ‘ambitious walkers’ which sort of put me off! Then we heard from Freddie later on and I was relieved to hear that he and the boys are coming tomorrow evening to join us for the weekend – so that gets me out of the long hike! 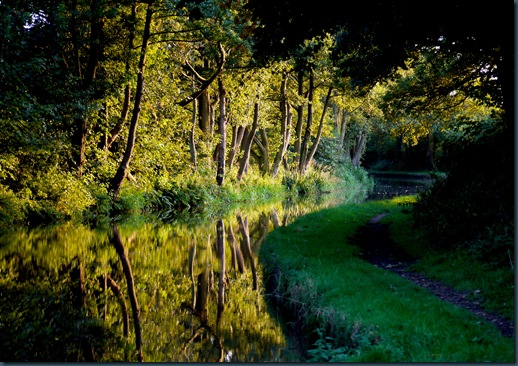 We moored for the night just around the corner, a beautiful sunset!