This morning the boat had the look of a junk yard – cupboard doors open with their contents scattered around to try and dry them out from the soaking they received yesterday, the hardboard which covers the engine and the front triangular cratch glass leaning against the walls on one side and the fold up bike on the other! I’d put the stairs back by the entrance because I was concerned that one of us would fall down otherwise, but they'd previously been in front of the cratch window frame. Barry walked on one side of the boat outside and I sat and watched with horror as the window frame fell ‘smash’ onto the floor and the glass splintered! “Oh bugger,’ said Barry, “it’s all turning to custard!” Ah well, he’s been talking of putting some plain tempered glass into there for weeks, so now he has no choice!

We made our way back to Poynton along the Macclesfield canal, it’s not a problem that we’ve actually done this stretch three times now as it’s a very pleasant journey. 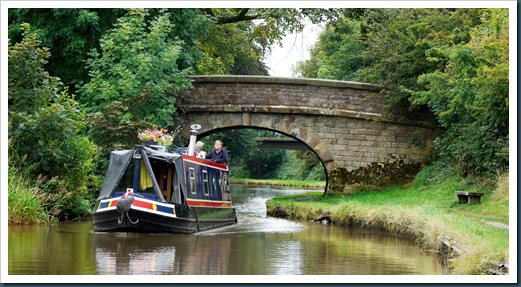 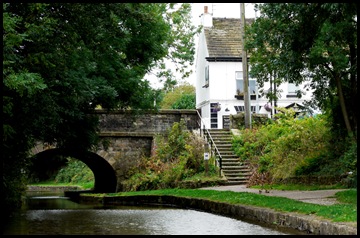 On arriving back at The Trading Post at Poynton, we pumped out the heaving tank and filled the other with water so at least those essential services were sound.

Peter, from Braidbar Boats, was just seeing off a beautiful brand new narrowboat that the owner was collecting - maybe one day that'll be us, in our dreams ... 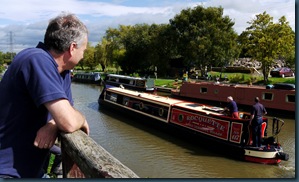 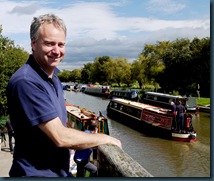 Barry tackled the second of the three portholes while we waited for Charlie. This involved drilling out a couple of the screws to remove it, and then grinding away some of the hole to get the new window to fit back in again. Not everything was plain sailing today! 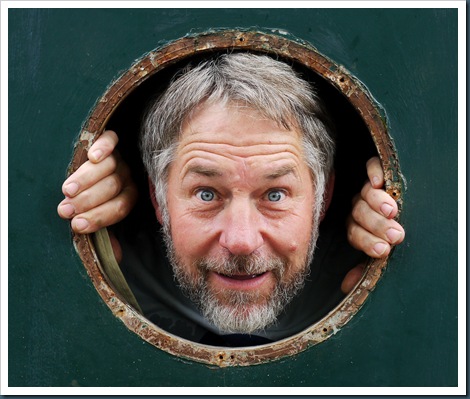 And a very scary looking porthole!!!!

Charlie came to help us out again early in the afternoon, and took one of the alternators away to his workshop to investigate the problem further. Unfortunately, though he and Barry thought that the remaining alternator would power us up sufficiently, by having the other disconnected it didn’t! So another candlelit evening was experienced - it's not feeling terribly romantic anymore though!

It wouldn’t have been quite so bad if it wasn’t for the weather which, although the forecast had suggested would be white cloud and warm today, turned into dark clouds, strong winds and pouring rain so it was another chilly night …