We'd set the alarm this morning to wake us at 8am, but I awoke before it went off.  We've a way to go now to get to Tamworth by the weekend, about 33 hours in total, though it'd probably be about an hour by car!

A very fine lock side sculpture depicting the potteries in Stoke-on-Trent ... 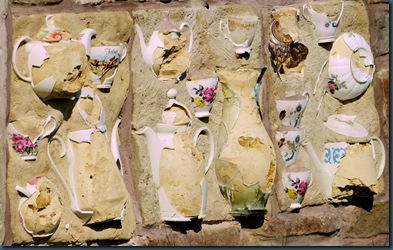 ... though sadly it looked like some of the pottery inserts had been vandalised

On our way to the end of the Caldon Canal, we passed two fellow UK Waterways Site boats - Waterway Routes and Waterway Walks and NB Debdale, and shouted quick hellos to each of them.  We also passed Don's boat again but there was no sign of life, but he then passed us when we were moored at Etruria Junction and we got to say farewell once more. 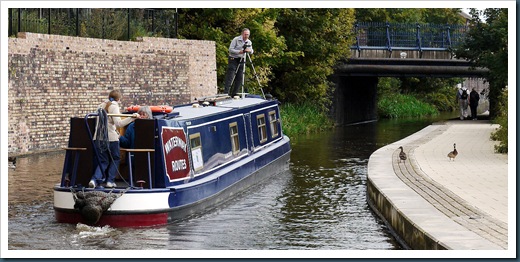 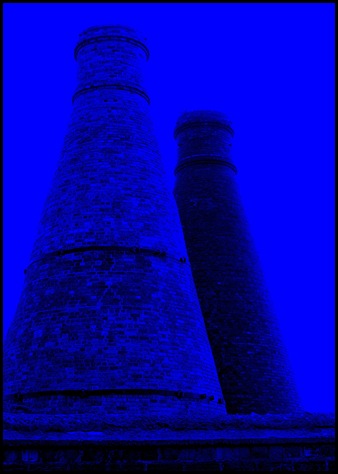 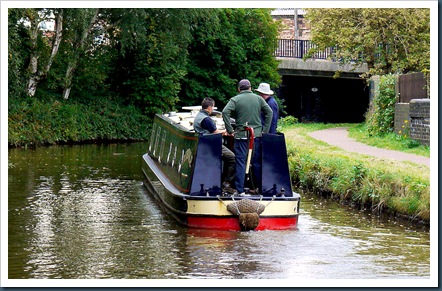 Bit late for a proper shot of Debdale - sorry guys! 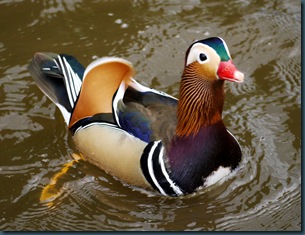 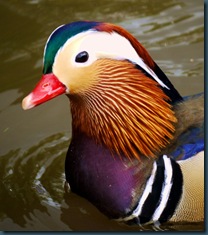 This colourful little fella entertained us at lunch time, zipping around amongst the other ducks chasing bread

Turning sharp left we emerged onto the Trent and Mersey Canal and a queue for the lock!  This was a novelty for us, we've been extremely lucky in that the route we chose hasn't been one that many hire boaters or even boat owners frequent - the Trent River, up the Ouse and the Leeds/Liverpool. So we missed most of the school summer holidays boat traffic.  Unfortunately the Shropshire Union Canal remains closed due to the breach a few weeks ago, so we were now on the main route north or south west, hence the busyness.  A fellow boater said that she'd been told that the Shroppie may now be closed until September 2010, but I find that difficult to believe - there'd be riots on the waterways! 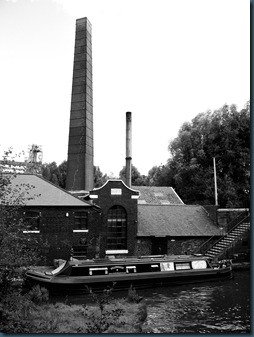 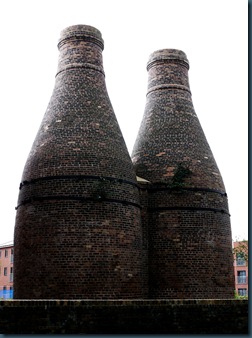 It was rather like going onto the motorway having been on country roads, from isolation to civilisation!  Every lock we got to there were other boats going up and down, and out of thirteen locks throughout the day, only one was in our favour. 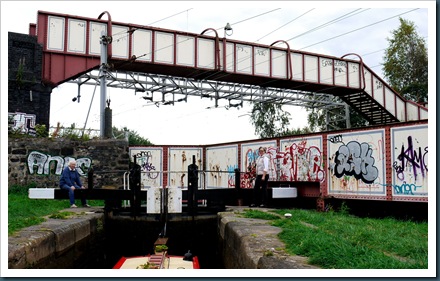 The massive Sainsbury's distribution centre, not far out of Stoke - I couldn't fit it all in, this was about 2/3rds of it! 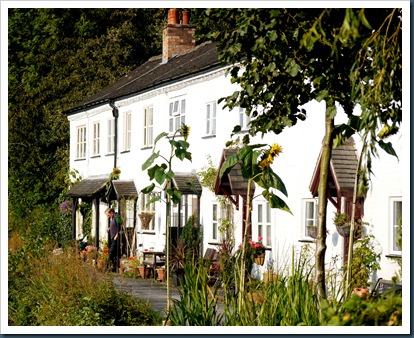 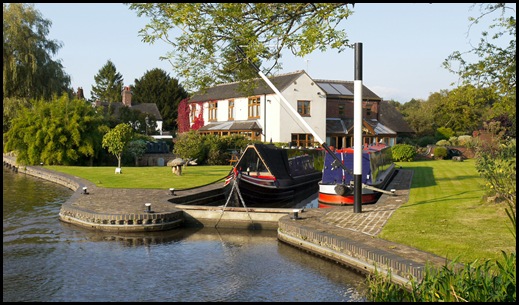 Now this is making the most of your canal garden 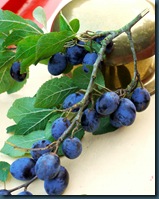 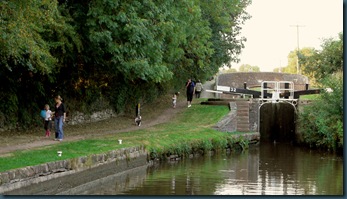 Barry helped this family gather some Damsons by using our boathook to pull down the branches, they must be a kind of plum, nice and sweet 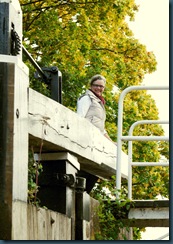 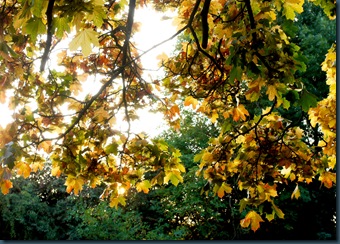 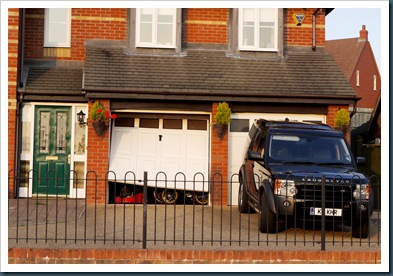 I think this family might have too many possessions, the poor garage door couldn't take any more

Approaching Stone in Stafford late afternoon, we were told that they'd been informed by another boater that it wasn't recommended to moor overnight there as we could get 'mobbed'.  Goodness me, talk about Chinese Whispers, it's possible that at sometime someone was unlucky and encountered some unruly teenagers who wreaked havoc on their boat, and ever since there's been this horror story that's been told to warn people away.  We wonder if some people should stick to land-living and lock themselves in their houses away from the scary world out there!  Realistically we believe that you're as likely to be mobbed in a posh place like Oxford as you are in the middle of Birmingham.  There are good and bad people all over, and sometimes one just happens to be in the wrong place at the wrong time ... Or maybe we've just been very lucky?

So of course we moored in Stone! 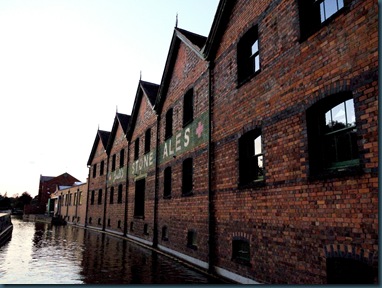 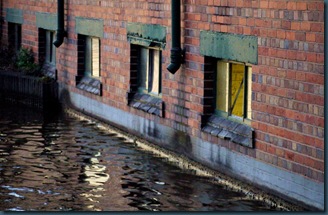 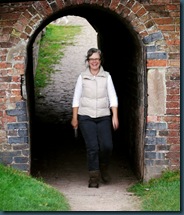 The workshops are under the level of the canal, wouldn't want a breach here! 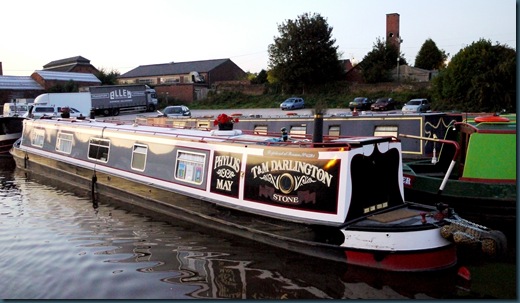 Terry Darlington's boat 'Phyllis May' (the man who wrote 'Narrow Dog to Carcassonne' & 'Indian River') is moored in Stone.  A friend lent it to us in NZ, and Barry devoured it's contents in a weekend I think!  I found it one of the most difficult books I've ever read due to the grammar and sentence structures, and, though determined to read it because it was about narrowboating, finally gave up after a few months.  I think it's like Marmite - you either love it or you hate it!  Interesting nonetheless, as they did take their boat across the English Channel (not recommended in a flat bottomed boat!). 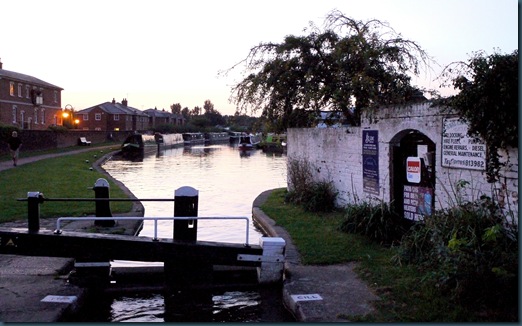 Last lock for the day, yaay!!