Money down the toilet!

The clouds appeared a lighter shade this morning, but we weren’t fooled for long before the heavens opened once again! Knowing instinctively that things wouldn’t improve, we ventured out into the wind and rain, and visited the small canal shop at Bugsworth Basin entrance. We bought a leaflet of ‘Parish Paths’ ready to explore the area.

Lots of signs and information boards around explaining the history 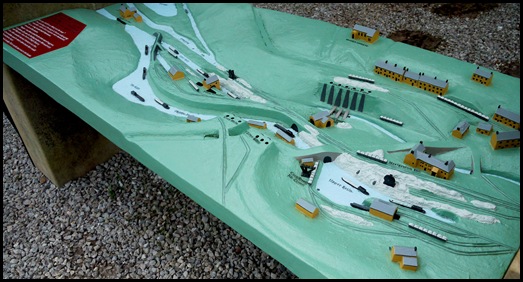 Bugsworth Basin was a hub of activity in it’s hey day (which lasted for about 130 years!), a sort of open air factory with lime kilns all over the place. The lime was brought to the area using the Peak Forest Tramway which linked to the basin; the limestone was then burnt with coal in preparation to be used for building, farming and the booming textile and tanning businesses.  The burnt lime was taken on working boats via the canal up to Manchester and beyond to the industrial revolution that was occurring, particularly in the north east of England. The atmosphere of the surrounding area would have been choked with the smoke and sulphur dioxide from the coal emerging from the huge chimneys. 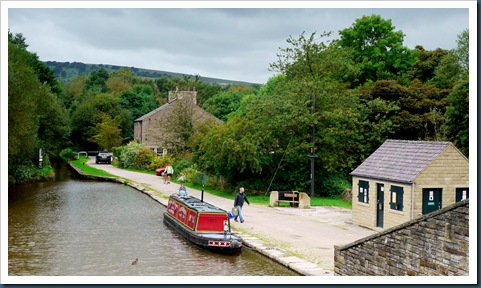 The Information room and toilet block to the right, not huge!

The Lower Basin, Northern Pride in there somewhere (4th on the left!) 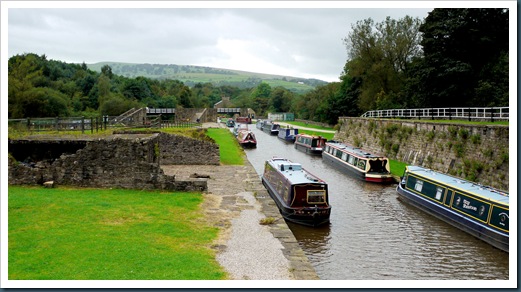 Looking back, the ruins of the storage warehouse and loading dock on the left 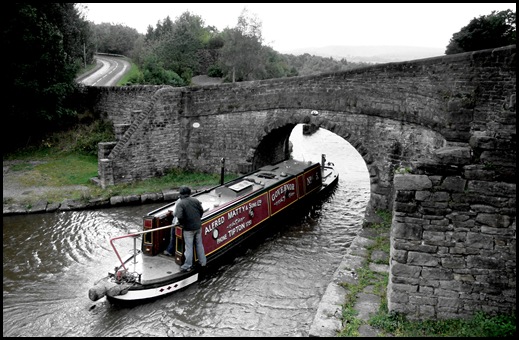 Well in this case the same boat! 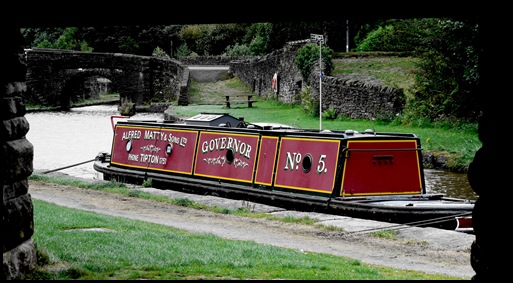 Until they found a mooring that suited

Bugsworth was one of the largest inland ports ever created on the English canal system. The basin had actually fallen into disrepair after it closed finally in 1927, like many on the system in days gone by, and it’s only thanks to many local volunteers that it has been lovingly restored.

A few extra shots around the Basin ... 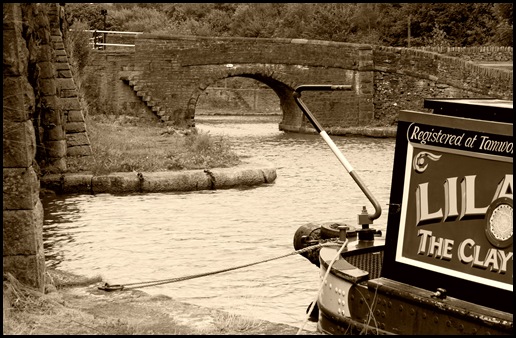 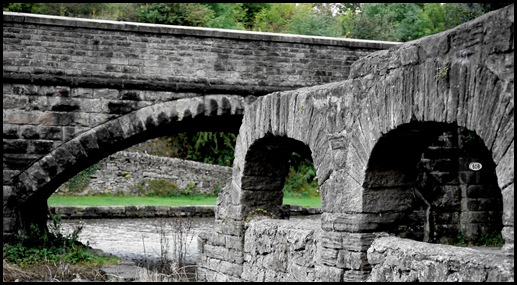 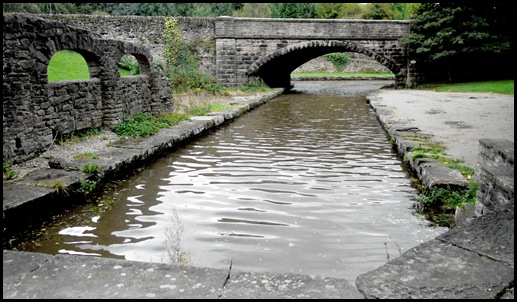 We walked along the towpath to Whaley Bridge, and began our walk from the basin there. A little diversion was taken to go the train station to check out times for our journey to Buxton on Sunday, and the overwhelming smell of a ‘chippie’ drew us in, so we had a portion each for lunch sitting on a bench along the old railway track. 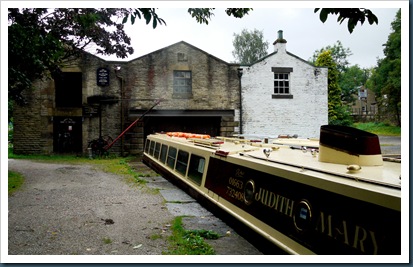 Whaley Bridge Bridge Basin with the old warehouse which was decapitated from a three storey to two storey building in the 1920s. 'Judith Mary' restaurant boat in the foreground 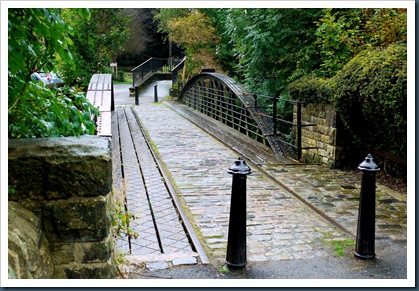 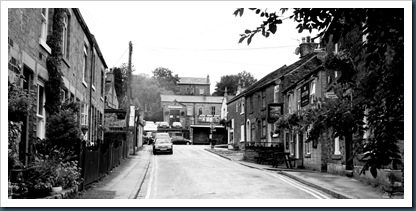 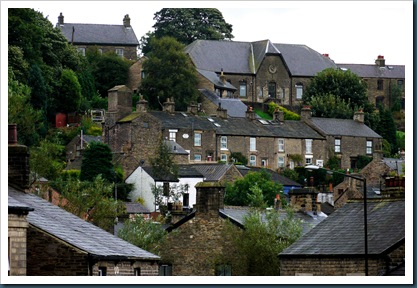 Houses above the town seen from the railway station

View across the town to Chinley Churn in the distance 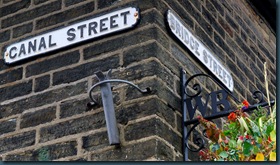 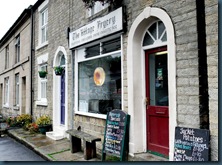 Canal Street and the Chippie 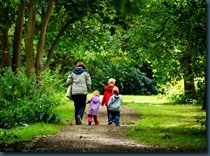 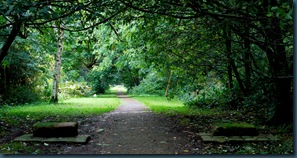 More walking, using the guide book for a history of the places we were visiting, and we came upon a handy spot for a drink to wash down the chips – The Cock Inn. I shan’t repeat the lines from Barry relating to the pub’s name and how far away it was, just too rude! But I was tickled by a front page mock up newspaper cutting that they had on display inside - obviously about the landlord and looking very authentic, reporting about his sexual relations with a local goat! Hilarious! 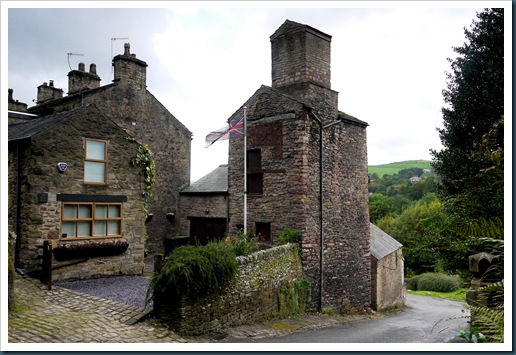 Ventilation shaft for the 'Waterloo Pit', one of the many old coal mines in Whaley Bridge

Continuing through the park and up a steep hill past the War Memorial, then more climbing up to Toddbrook Dam, where the water supply for the Peak Forest Canal is sourced. From the top of the dam there were some awesome views of the Peak District, it’s such a pretty place it takes your breath away.  It's OK eating chips and drinking beer so long as you walk off the calories afterwards! 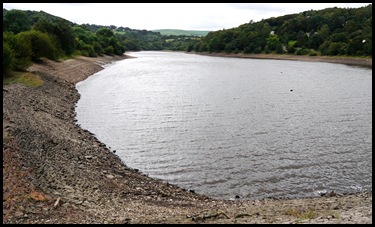 With all the rain we've had I didn't like to mention the fact the dam appeared to be almost empty!

View from the dam across the town, the ventilation shaft on the left 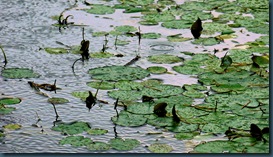 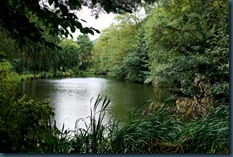 Brookfield Pond along the walk, a nature reserve, the guidebook said it was teeming with wildlife - not today, sorry! 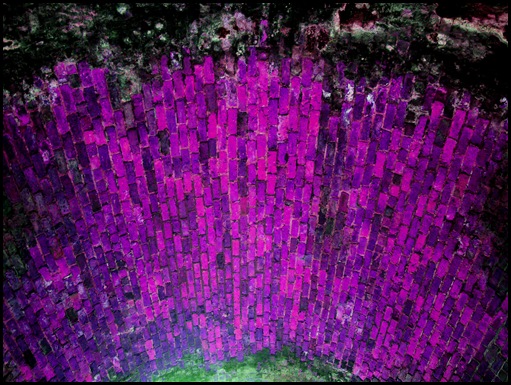 Ended the walk under the railway tunnel (that wasn't quite this colour really!) 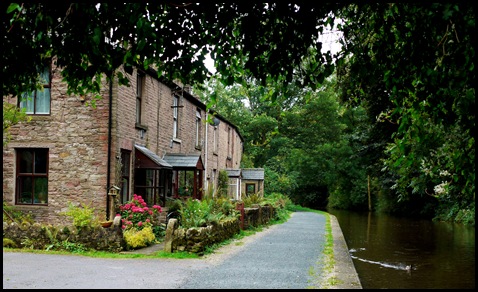 Back along the canal past these lovely canal cottages ... 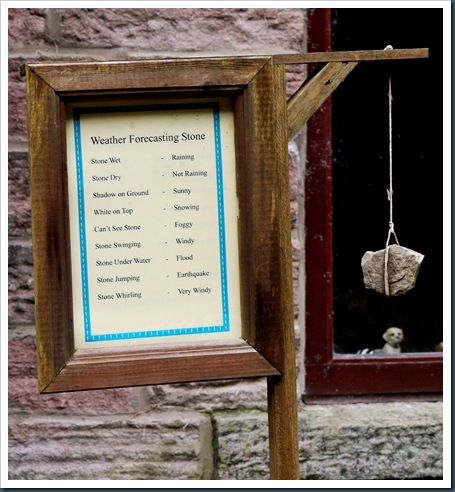 ... with their own weather forecasting (more accurate than the BBC Weather!) 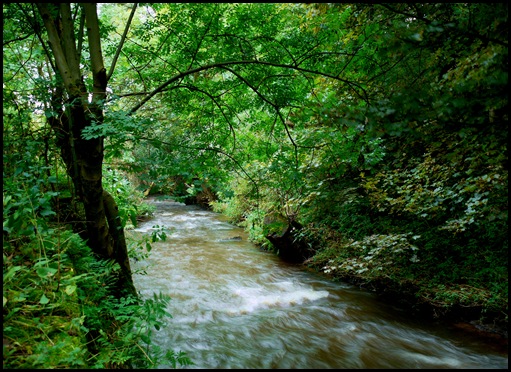 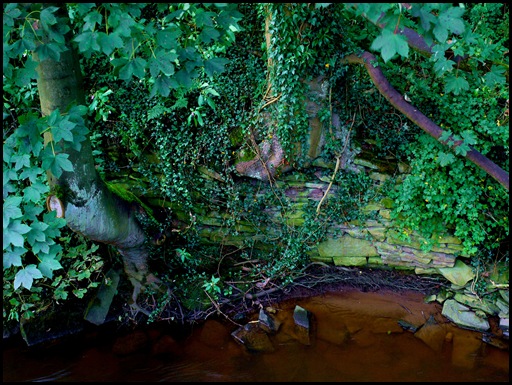 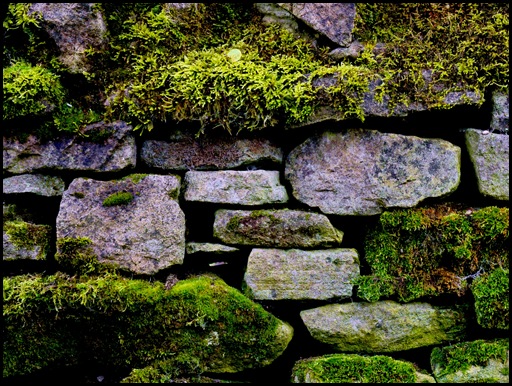 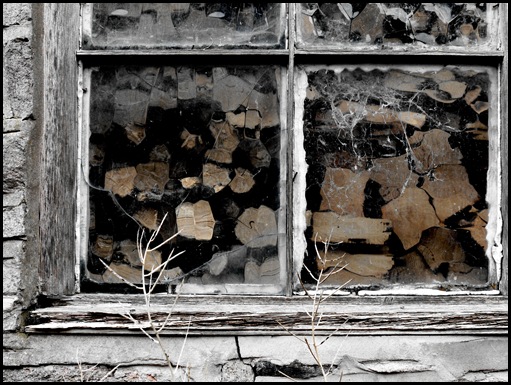 Looks like it was taken in the snow, but it hasn't quite got that cold yet!

Returning to Bugsworth Basin we investigated further afield from our mooring and discovered The Navigation Inn about a hundred yards away, with a party for ‘Pete’s 60th’ being held that night and everyone welcome – well we couldn’t turn down such an invitation! So after dinner off we went. What a lively place it was, full to the rafters of all ages of folks having a jolly time. At one point in the evening there were two strippers for 'Pete' (who apparently had been coming to the pub most of his life and was sort of the local 'janitor') – we didn’t venture into the party room to look as I’d seen the size of one of them, dressed as a nurse, and had absolutely no desire to see her naked! 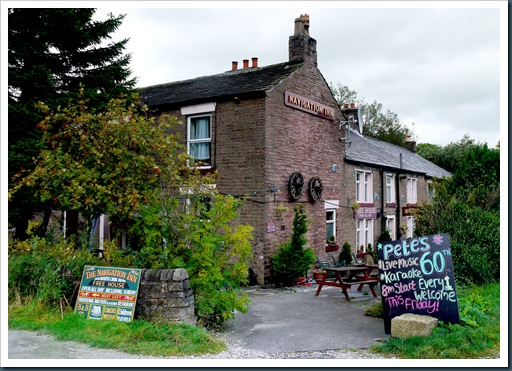 The 'Navigation Inn', once owned by Pat Phoenix (Elsie Tanner) from Coronation Street!

It is the oldest still-inhabited building on the site, and was originally a farm that was converted to an Inn in the early 19th Century.  It must've been buzzing when the boatmen were working in the basin. It’s full of canal memorabilia and local history, and reportedly serves delicious food.

The best thing about it was I found a £5 note that someone must’ve dropped in the ladies toilet (literally, I saw it looking at me, picked it out and and rinsed and dried it!), so that paid for half of our frugal evening’s drinks - yaay!

I know this is Friday's blog, being published on Saturday, but it will be Sunday in New Zealand - so: 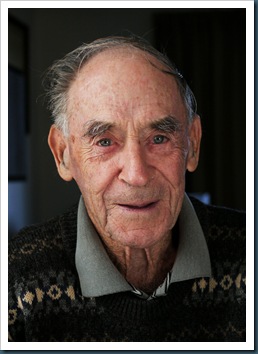 Have a great day, sorry we can't be there. Will catch up for a drink in a month. See you at 2:15pm on 5th October, Gisborne airport.

p.s. Spoke with Jamie this afternoon and she's great and enjoying London.