As we’re staying here until tomorrow evening we’ve been getting all sorts of things ‘done’. There's lots of organising still for the September wedding, so I've been doing some of that and Barry’s been to the timber yard to get his bits for some jobs on the boat.

Barry then biked to Chinley, the next town, to check if there really was a laundrette there as we'd heard, and if it was within walking distance of Bugsworth Basin.  As it was three and a half miles away, and all uphill, we decided to take the bus instead where I spent the afternoon washing and drying whilst reading my book! There’s something bizarrely therapeutic about sitting reading in a launderette, knowing your clothes will all soon be washed and you’ll have clean sheets on the bed tonight! 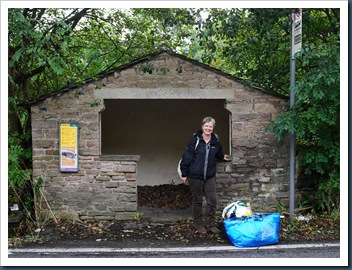 Three bags full, and that wasn't all of it! 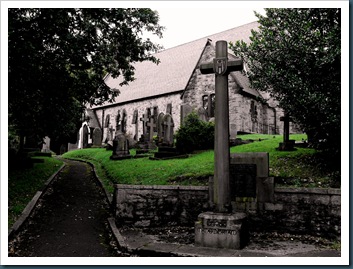 The church by the bus stop; a picture while we waited

The people we’ve met in the area seem very chirpy; the bus driver had a wry sense of humour. When I got on I asked for two returns to Chinley and he said, straight faced, “That’ll be £12.90 each.”; to which I retorted “You must be joking; it’s only one stop!” He just smiled sweetly, took my £5 note (the one I’d retrieved from the loo the night before!), and gave me £1.70 change. Very amusing!

Barry caught the bus back to the boat and built himself a shelf at the back to put the laptop on so that he can play music, and did a bit of wood staining on the cratch at the front.

Later on, after he’d come back to Chinley to collect the washing and me, we had a walk to find other moorings. We’d discovered that we'd mistakenly ‘parked up’ in a permanent mooring spot, but also that if we didn’t move after 48 hours we could get ‘fined’ £10 a night thereafter. We’d never seen the orange BW infringement notices anywhere before, and weren’t sure if they’d really carry it out; it certainly wasn’t very busy in the Basin. 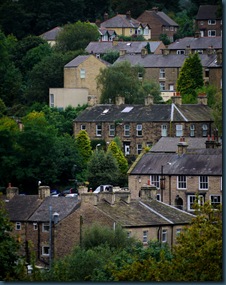 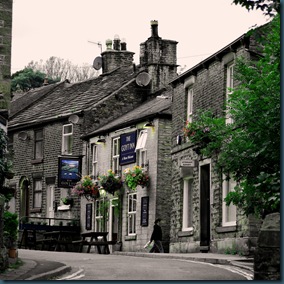 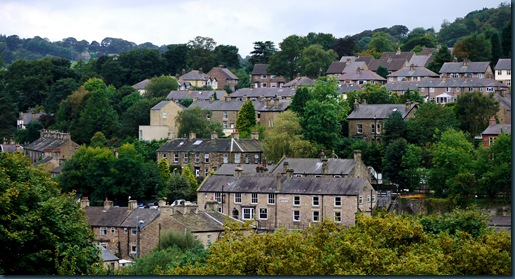 Some more views of Whaley Bridge

We didn’t find another suitable spot so we had a long walk back to Buxworth via a public footpath which took us over a hill where we had some incredible views, at one stage walking straight through a farmyard. We don’t get the public footpath’s/rights of way to the same extent in NZ – there are ‘The Five Great Walks’, but mostly the countryside is privately owned and you’re not allowed to walk on it, just look. But it’s still very beautiful. 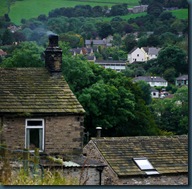 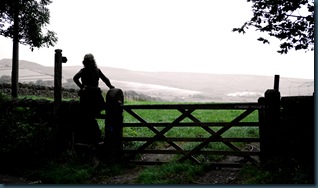 Up and over the hill 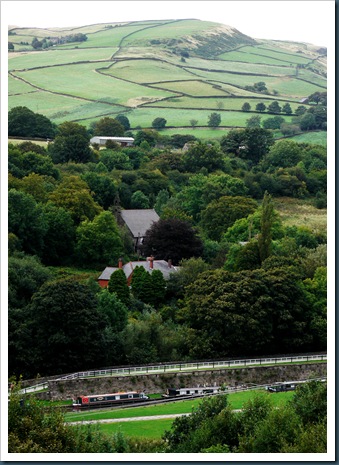 You can see Northern Pride at the bottom left 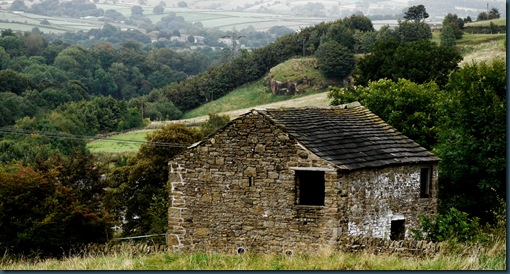 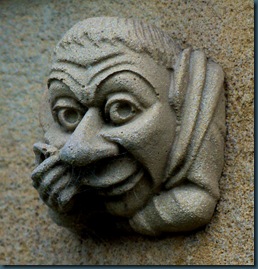 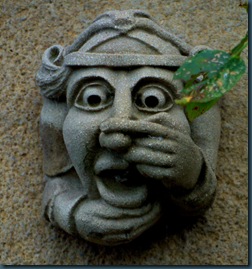 These two characters graced the doorway of a local farmhouse 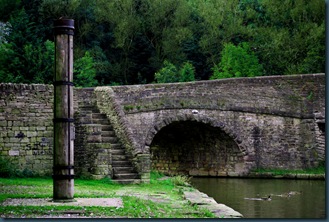 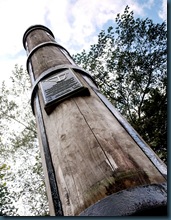 More shots of Bugsworth Basin, with a reproduction centre support for the Cantelever Crane 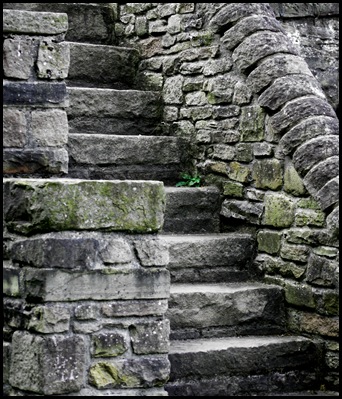 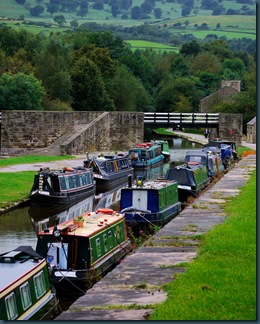 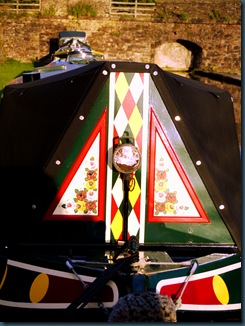 At the very last moment of the day the sun finally shone!!

We decided to risk the fine and stayed put for another night as we’re going to Buxton by train from Whaley Bridge tomorrow with Lisa and Rob. Amazingly enough, we've had no rain today for the first time in ages; fingers crossed that it stays that way tomorrow …