We were up, ready and out of Clarence Dock by 0830 this morning, in anticipation of a long day’s travelling. Luckily we’d suggested buddying up in the locks with the narrowboaters we’d met last night on NB Kestrel, and we met them at the first and subsequent locks. It’s so much easier working the locks when there are six lock girls and boys! The other advantage is that my lower back's really playing me up, and is apparently a little bruised which I can only conclude can be from heaving the lock gates closed over the past days, weeks and months! Oh dear, more signs of ageing … 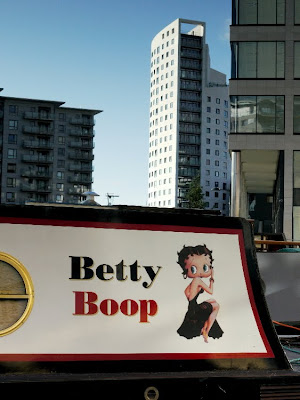 Woke up to very nice sunny morning next to 'Betty Boop' 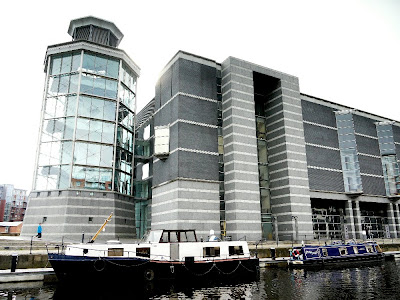 The Armouries Museum, definately worth a visit, with the bonus of free admission 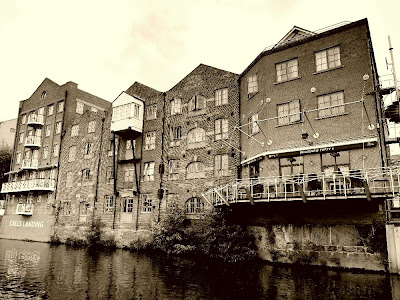 More old warehouses on the way through Leeds 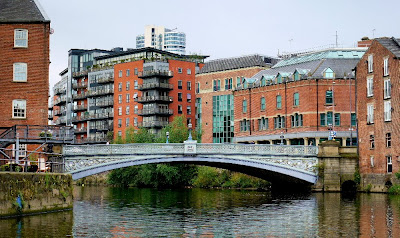 Leeds Bridge over the canal, close to the railway station 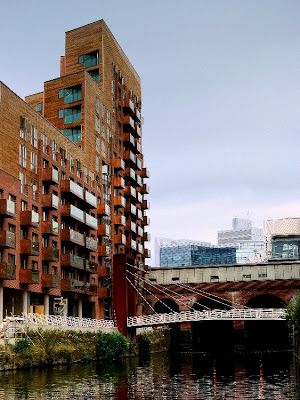 Interesting building clad in timber - not sure it'll last 400 years! 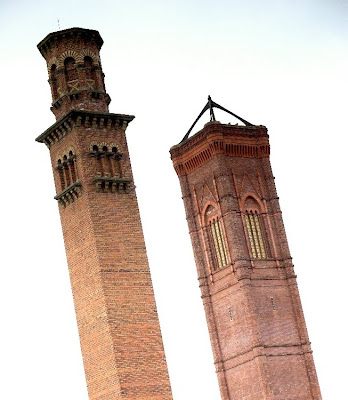 Elaborate decoration at the top of these chimneys 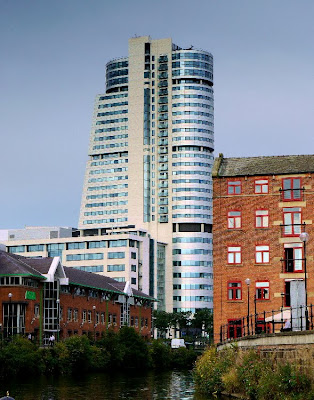 'The Dalek' building, so called because when the window cleaner's crane sticks out from the top, it looks like a dalek

There were lots of large locks on this stretch, many of them doubles or triples in a staircase fashion and manned by BW staff. We planned to be in Apperley Bridge by 4pm, but things rarely go to schedule on a narrowboat and we were a little late. We thought after we’d picked up Corrie we’d continue to Shipley, but once again were told that the locks after Apperley shut at 4pm so we stayed there. Bizarre, we’ve not come across this problem before, it must be due to the fact that the Leeds/Liverpool Canal isn’t linked with any others which is why there’s not many hire boats on this stretch so it’s still fairly quiet even in high season. It also means that water is very scarce so if there are any vandals around they could cause many delays to boaters by emptying locks. 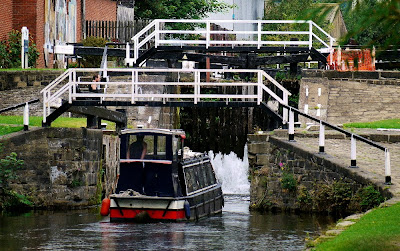 'Kestrel' manoeuvring into the lock (not 'in the dark'!) 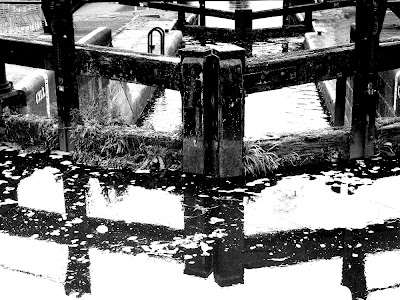 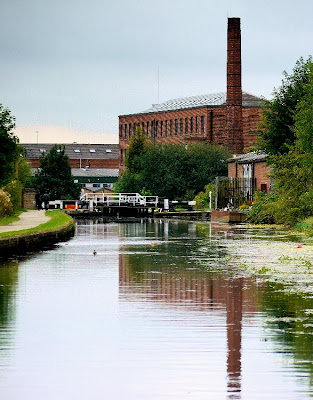 These chimneys wouldn't last long in a 'Gisborne Earthquake' 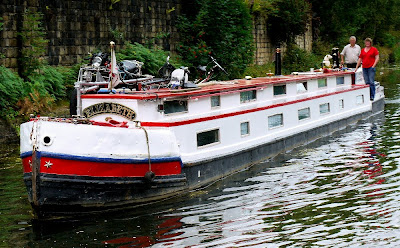 Narrowboat 'Elizabeth', who told us their's was the oldest converted narrowboat - very cute 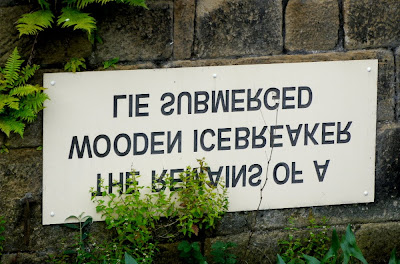 This sign was on the canal wall and took a while to figure out what it was all about, but is to be read as a reflection in the water from the bridge above -
"The remains of a wooden icebreaker lie submerged" - very clever! 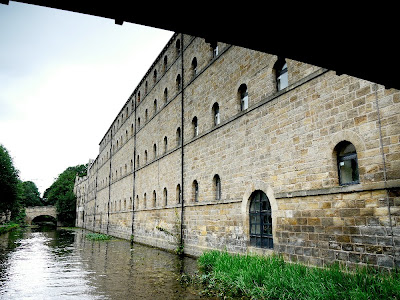 Converted brewery now student accomodation for one of the local universities 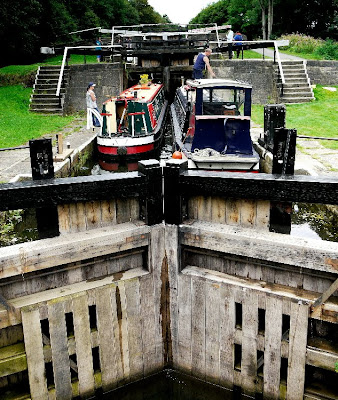 We shared most of the locks with 'Kestrel' 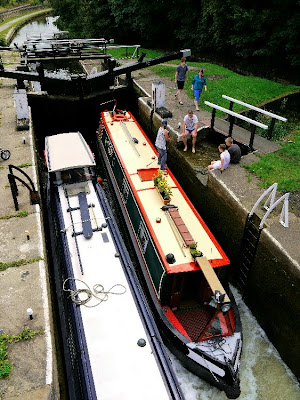 Plenty of crew to help - and a few local lads sliding around in the overflow in their underpants, Sandra didn't know where to look!! 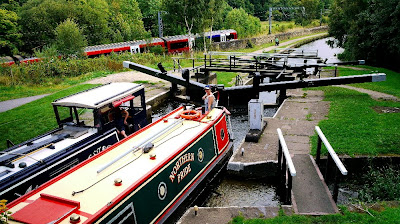 The un-manned staircase locks require a bit of thought 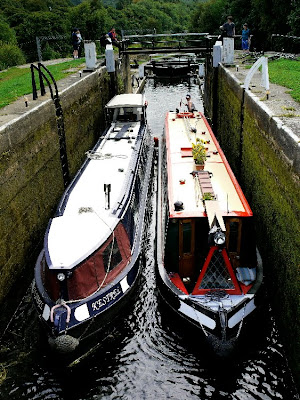 Moving together from one lock to the next, Sandra handled the boat nicely 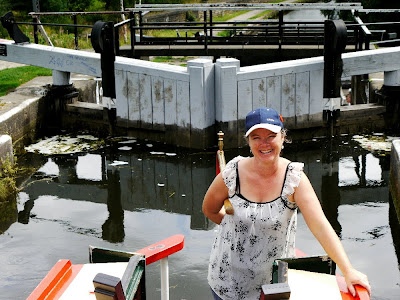 With a smile all day no less 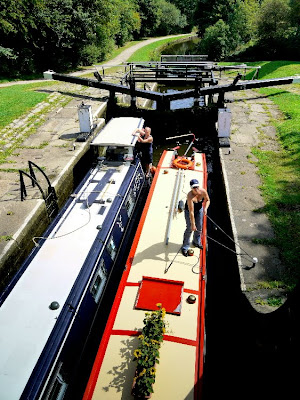 Even doing all the work herself sometimes 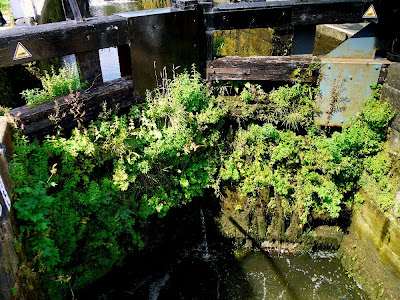 Could do with a trim! 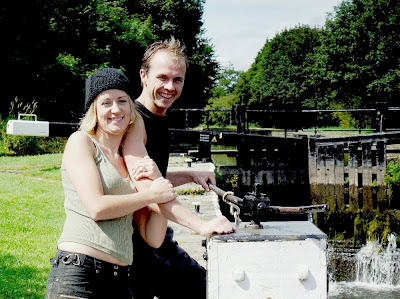 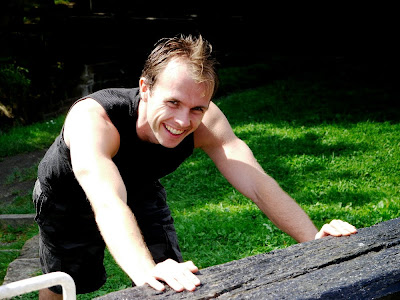 Joe flexing for the gate 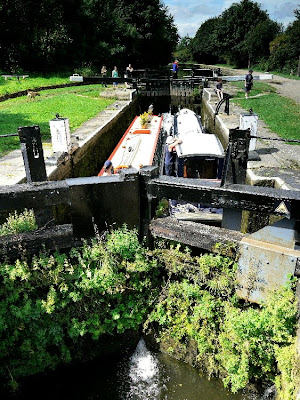 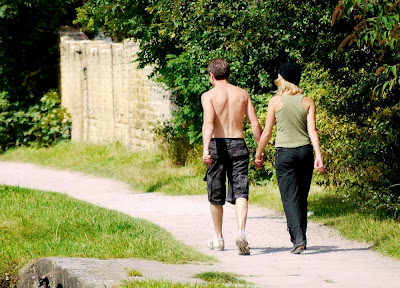 Joe & Kim off to the next lock 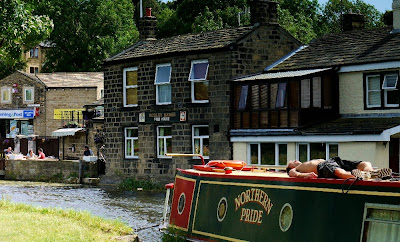 Lunch stop at Rodley opposite the 'Rodley Barge' pub. Joe got some topless sunbathing in on the roof 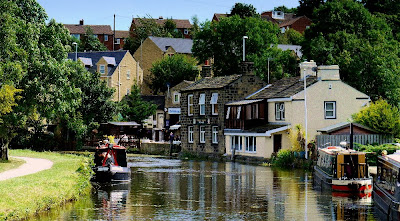 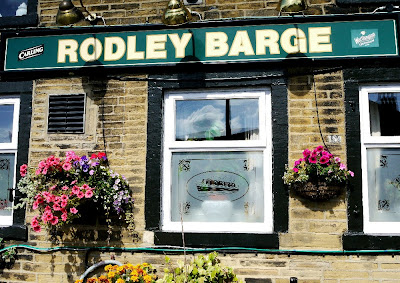 Had to check out the beer here 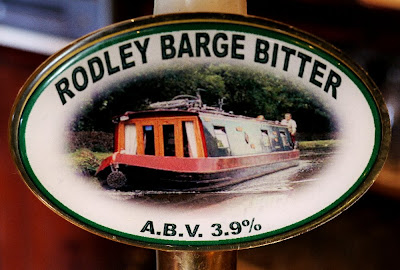 Lots of swing bridges around here
Arriving in Apperley, Kim, Joe and I went for a walk into the town for some supplies and also, we thought, to meet Joe’s mum. When he phoned her from the town however, she said to return to the boat and not to worry, she’d find us. We were perplexed, not knowing how she would be getting to us. Around 5 pm we found out – she’d brought a folding bike with her, parked her car at Silsden, and cycled the 13 miles to Apperley! What an amazing woman!

So we had a boat full, and a jolly evening eating, drinking and playing a card game called ‘predictions’ initially, then the NZ game of 'six-handed rummy'. Corrie managed extremely well, no tantrums like me, despite the fact that she’d never played either game before. Of course they’re both much simpler to pick up than 500 …
Posted by Northern Pride at 12:59