Hair we are again!

Another early morning, though that’s probably rather amusing to those in ‘proper’ jobs! We just have to set an alarm to wake up at a decent hour nowadays, or we sleep in like two babies! Heaven knows how I shall get used to early mornings when back in New Zealand. 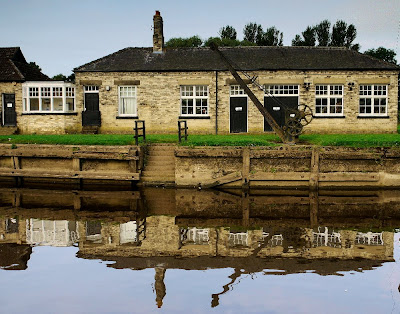 The old lock buidings at Naburn, those from last nights shots

We shared Naburn Lock with a wide-beamed narrowboat (is that anathema in terms?!), a Dutch Barge and another narrowboat. It was a long drop down to the River Ouse, even at flood tide, though very calm and glass-like initially. After an hour or so, the flow began and I had to do quite a bit of manoeuvring to avoid bumping into the logs being taken out to sea. We chatted to a cruiser at West Stockwith Lock a week or so ago who’d had a large piece of wood break their propeller and they were marooned there until someone could bring equipment to lift the boat out of the water. That would be a teeny bit of a disaster for us so we’ll avoid it if possible! 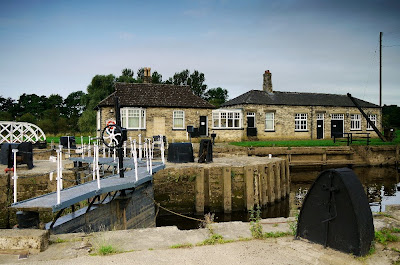 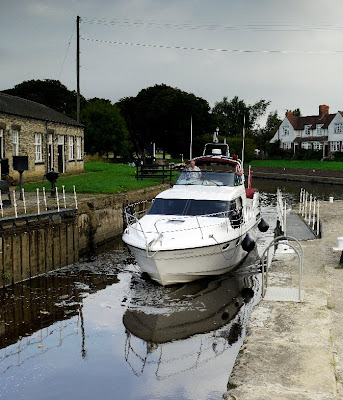 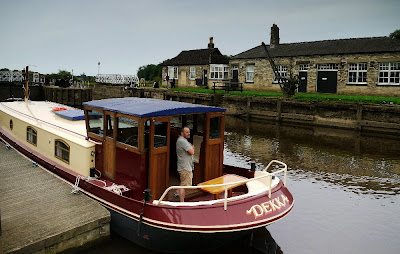 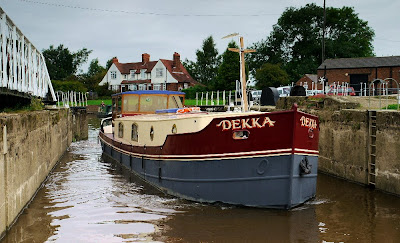 Coming into the lock after us 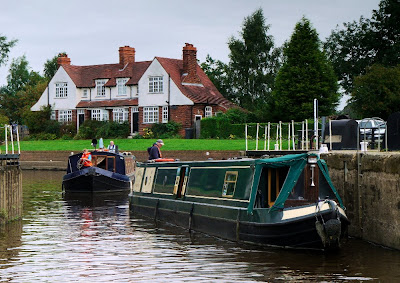 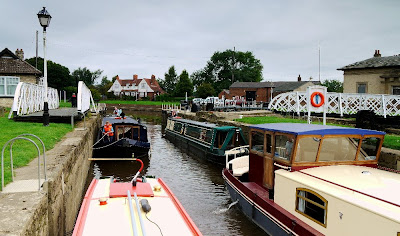 All packed in and ready to close the rear gates 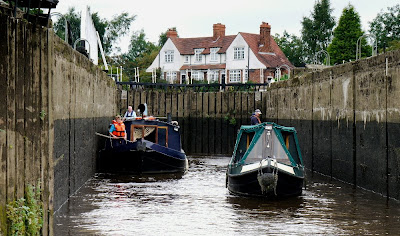 Down to the river we all go! 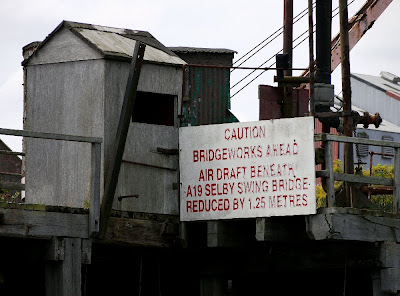 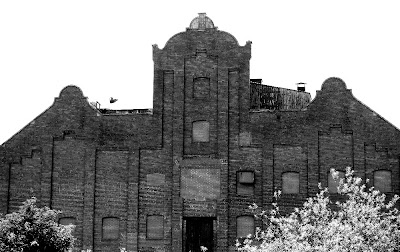 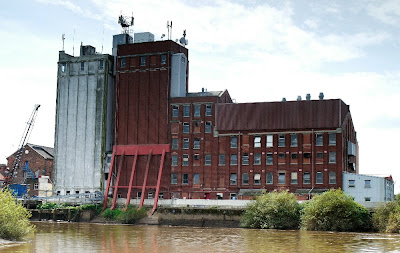 Barry expertly turned the boat around so we were going against the tide, and then headed back towards Selby Lock so the flow took him in perfectly with his guidance, thank goodness! No more tidal rivers now on our journeys; I can see why hire boats aren’t allowed on them, you certainly need experience and your wits about you.
I decided I’d had enough of my awful ‘boat hair’ and caught myself about to do a DIY job on it yesterday, so as we’d got all afternoon to wait for our friend Monique to arrive late tonight, decided to see if any hairdressers in Selby had a free slot. Barry’s had his hair cut twice since we’ve been here (just over 16 weeks now), but it’s different for blokes. They can just walk into a Barber’s and get a trim, whereas women tend to have a hairdresser they know and trust and need to book well in advance! I now felt that any hairdresser I came to would make a much better job of styling than I could myself, so I was willing to take the risk! As luck would have it I went into the second one I found, because it looked 'nice' (!), and they had a space so I got my cut and blow dry, and of course had it straightened! It feels so much better, I'm a girlie once more.

Barry’s spent the afternoon stripping the engine down for an oil change, a dirty business but someone has to do it! It’s been a glorious sunny day, maybe we’re going to get a bit of a late summer after all? The rain did show itself again in the evening, it just couldn't keep away for a day!

Monique arrived at 2244 in Selby railway station, all the way from Glastonbury in Somerset where she works as a midwife. She’s with us until Sunday by which time we should be in Leeds ready for my youngest daughter Kim, and her partner Joe, to swap places with her! Goodness me, it's exhausting, lol! Just kidding, we adore having visitors to share our little world with.
Posted by Northern Pride