A spot of bother …

It was a dark, dank morning when we arose and it felt like six o’clock, but was actually half past eight! The dimness today was not just due to the weather; we also discovered that our power supply wasn’t working. This time it wasn’t just the inverter that converts the 12 volts to 240 volts; this was the 12 volt system, i.e. the batteries! The fridge’s red light was flashing red and whenever we turned on the power the warning beep sounded. Not a good look – without power we’d soon not be able to draw water or flush the toilet – OMG!! 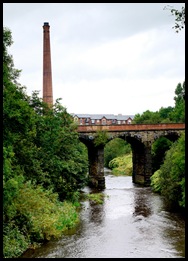 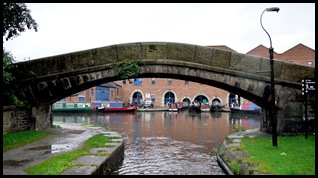 The Tame River runs through Ashton-Under-Lyne, just beside the canal at this point, not far from our mooring

Barry got to work delving into the depths of the engine compartment, and found the cam belt was broken. Luckily there was a spare in the parts box, but no Alan Key to loosen the nuts, so out came the bike and off he trundled into town and managed to find a pound shop open - lucky as it was Bank Holiday Monday - and bought a set for 99 pence! We were relieved hoping that it was all it would cost us; little do we know …

Once the cam belt was fixed, there was still a problem with a fuse holder wire that had snapped, so on the bike again and down to the Marina about half a mile away. The chap there suggested to Barry that his middle name must be 'Lucky' as he had just the thing needed for five pounds, and again we thought we’d escaped much expense.

On installing it Barry accidently shorted the wire to earth and blew the fuse (I had to get assistance from Barry for that part!), and with no spare on board it was back on the bike to the marina where he informed the marina chap that he was hoping his first name was now 'Third Time'. He didn't have quite the right size fuse, but did have one that would do the job and he didn't charge for it.  Now it was just a case of fitting it, which Barry did without too much trouble, and we imagined our troubles were over .... 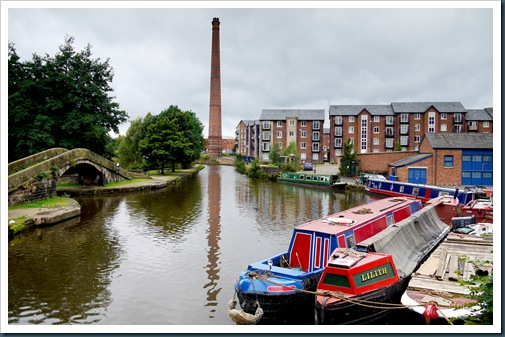 The junction of three canals: the Ashton, Huddersfield Narrow and Macclesfield, with the museum to the right

So off we went to the Portland Basin Museum and The Ashton Canal Warehouse, a hundred yards from our mooring http://www.tameside.gov.uk/museumsgalleries – voted the best free day out in Manchester – and it certainly lived up to it’s name. There were numerous activities for the children to keep them occupied for a day, probably one of their final days before returning to school.

Portland Basin was nicknamed 'Weaver's Rest' as so many weavers drowned themselves there during the famine of 1860 and the depression of the 1930's.  Spookily this museum is normally only open Tuesday to Sunday - it must've only been open today because it was a Bank Holiday - maybe our luck is changing?  And a brass band was playing too ... 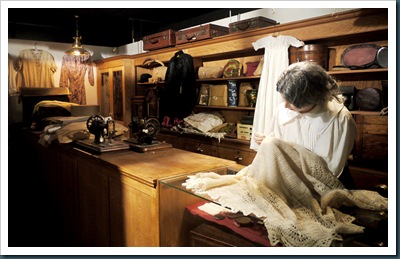 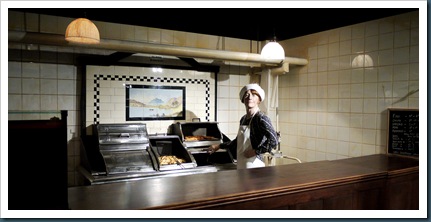 A mock-up of a 1920's Tameside street with it's old fashioned house, grocer's shop, a haberdashery, fish and chop shop and pub - Sandra's grandma and father ran a fish a chip shop in Huddersfield in the 1930's which would have been similar to this one 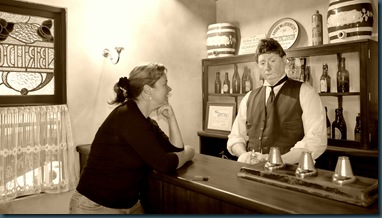 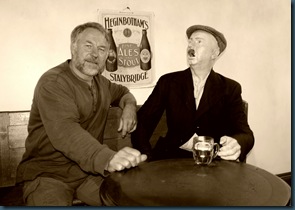 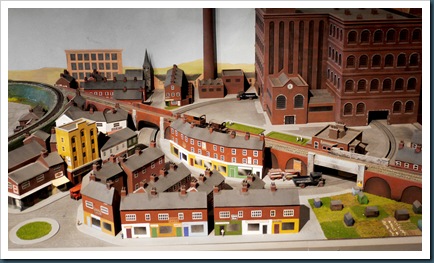 Got to have a model town complete with moving cars and trains ... 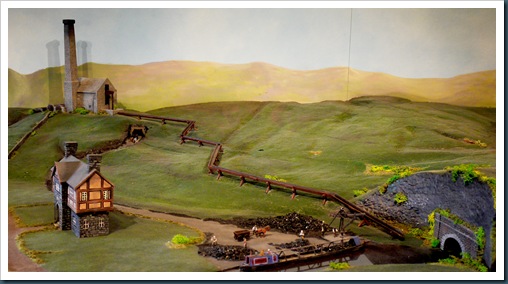 ... even a coal field and canal 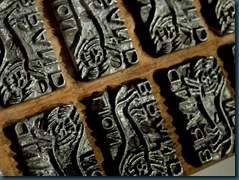 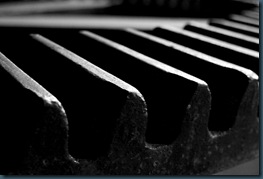 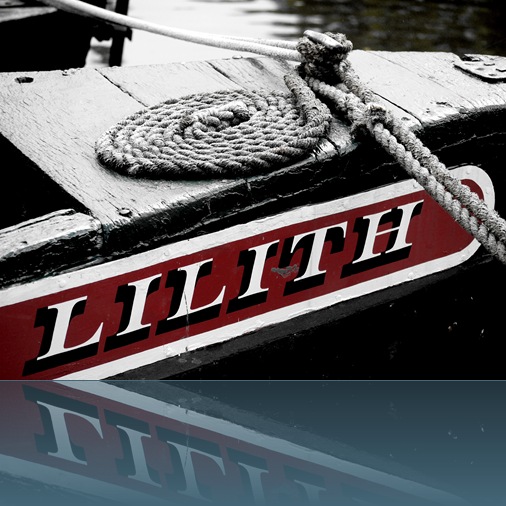 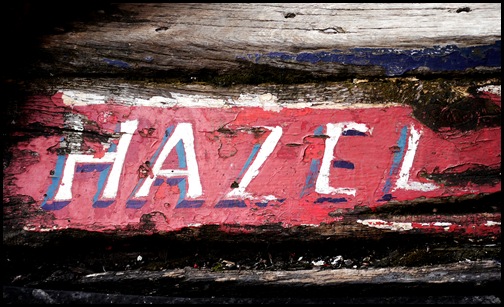 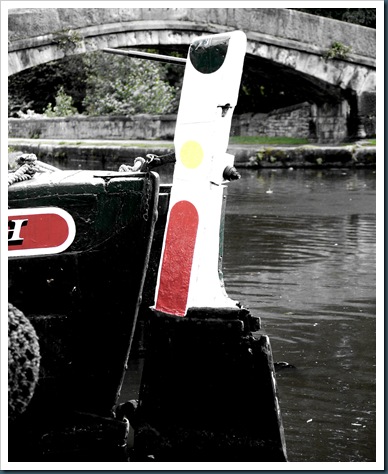 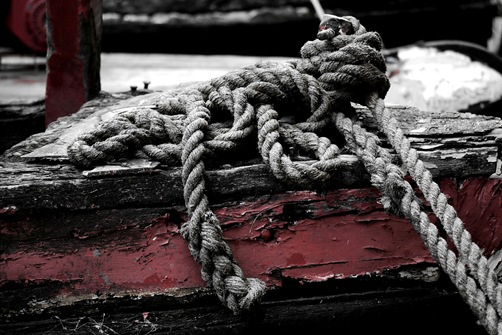 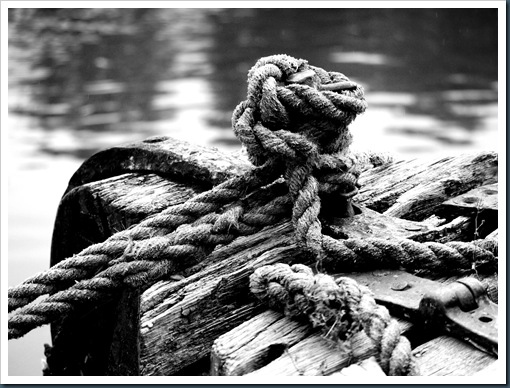 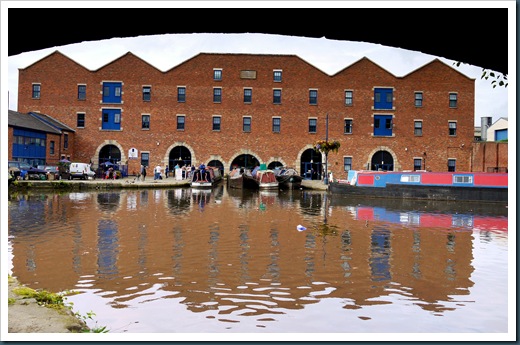 The museum from under the bridge, leading up the Peak Forest Canal 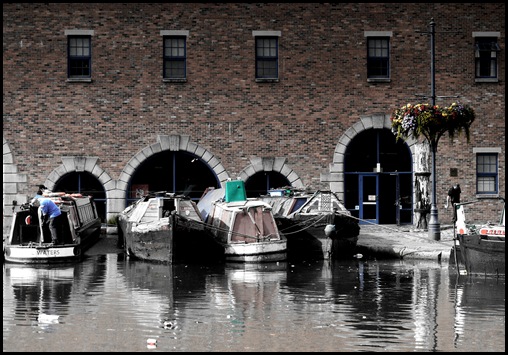 The old boats moored out the back of the museum

We headed back to the boat late afternoon after a little excursion to Asda, and decided to move on to give the batteries time to recuperate.  Unfortunately once we got underway it became apparent that nothing was happening and they weren't charging at all.

Barry had run out of ideas and inspiration now, so the only thing left was to travel to the Boatyard which was storing our new portholes that we ordered a week ago, but still more than a day’s journey away.

We travelled a couple of hours up the canal to Hyde and had a candlelit dinner – thank goodness we still had gas to cook with! 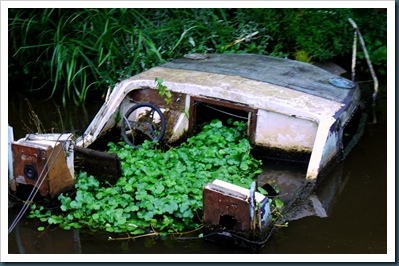 We're getting that sinking feeling again!!