Nicholson’s gets it wrong again!

Surprise, surprise, the weather turned nasty once again overnight and is now cloudy and periodically rainy! I overheard Barry saying to Lisa that he now knows what they mean by a ‘heatwave’ in Britain – it’s when the sun shines for more than one day in a row! We shan’t know what to do back in Gisborne when we see it almost every day, it’ll be quite a novelty that’s for sure!

After a bacon sandwich and a chilled morning, we headed back to Wigan for Lisa’s train this evening. I did the driving again so that Barry and Lisa could continue their photography ‘course’. Lisa did manage a short go on the tiller towards the end of the journey, just to say she’d done it. I think she also realised that, although life on board a narrowboat is much less stressful than ‘real’ life, contrary to popular belief we don’t just sit around all day! There’s house(boat)work, engine work, pumping in water and pumping out other things, locks, mooring up, shopping (and with a tiny fridge there’s a lot of this!), cooking, washing (by hand or at the laundry unless you have a washing machine on board), and of course many hours spent on the blog – writing, putting on photos and then editing. However I’m sure she also discovered what fun it is too … 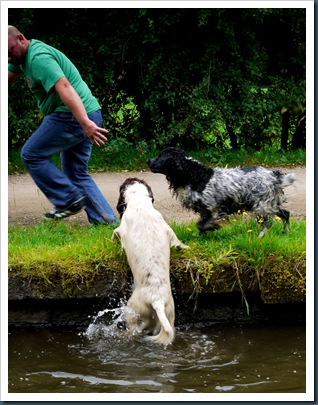 These two dogs went in the canal for a swim, but couldn’t get out so the owner had to drag each one out then run so they didn’t saturate him when they shook themselves! 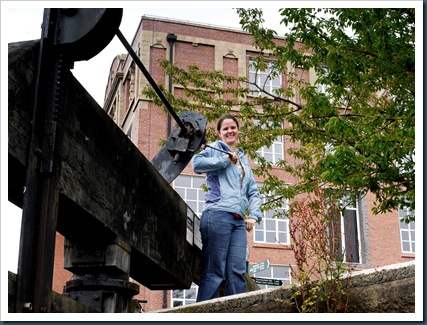 Lisa on the last lock of the weekend – an expert lock-girl now!

We discovered, from a couple of lads lounging around at the side of a lock, that the score for yesterday’s match was Manchester United 5 Wigan 0 – it’s a good job we were passing at the beginning rather than the end as the atmosphere would have been very different!

We had a tasty Sunday lunch before walking Lisa back to the train station to return to her lovely home in Malpas, following a very enjoyable weekend that went all too quickly. 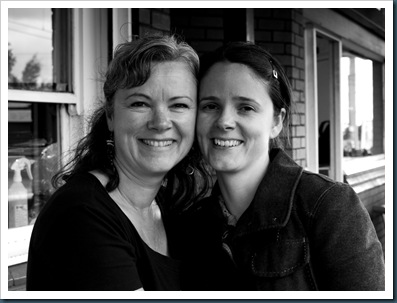 Sandra & Lisa at the station

Barry and I decided to stay in Wigan overnight as the weather was pretty dire. On the way back to the boat we passed another part of Trencherfield Mill where they have the working steam-powered mill engine. In the Nicholson’s Guide it had stated that this is only working and open to visitors on Sunday mornings, so we thought we wouldn’t be able to see it AND take a drive up the canal. But when we investigated the actual place and saw the opening times, we were disappointed to find that it was open from 1100 – 1145 AND 1300 – 1345 on Sundays! If we’d known that we could’ve returned from Appley Bridge earlier. We must learn not to rely on the canal book; it’s been wrong too many times, though of course any book is out of date before it’s printed so it’s probable that the times have changed since the book’s research was carried out! It looked like a fascinating place, free admission and very colourful free postcards, an array of information, etc.  Go to: www.wlct.org/heritage for more details. 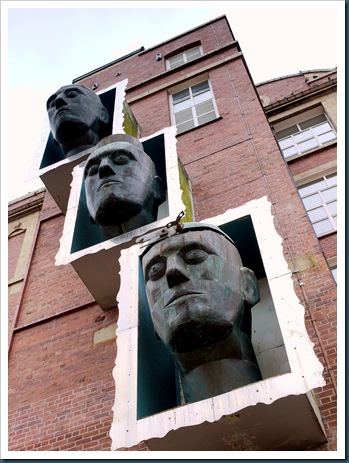 Three sculptured heads mounted on the face of the building – not sure what the can-opener effect was all about? 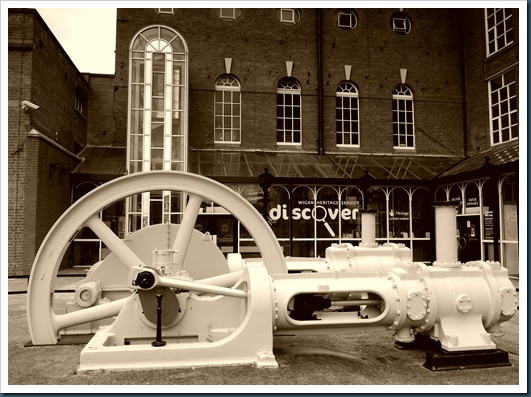 An old steam engine at the entrance to the Museum 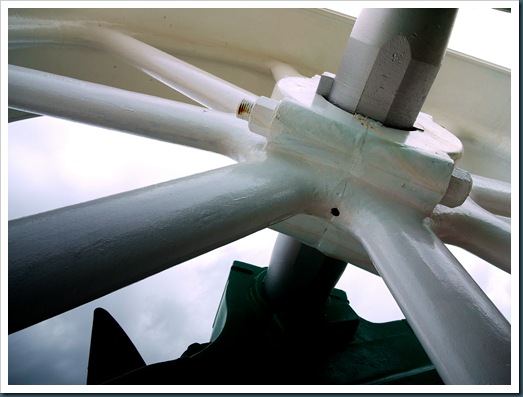 The huge flywheel on the steam driven ‘Indestructible Ventilator’ 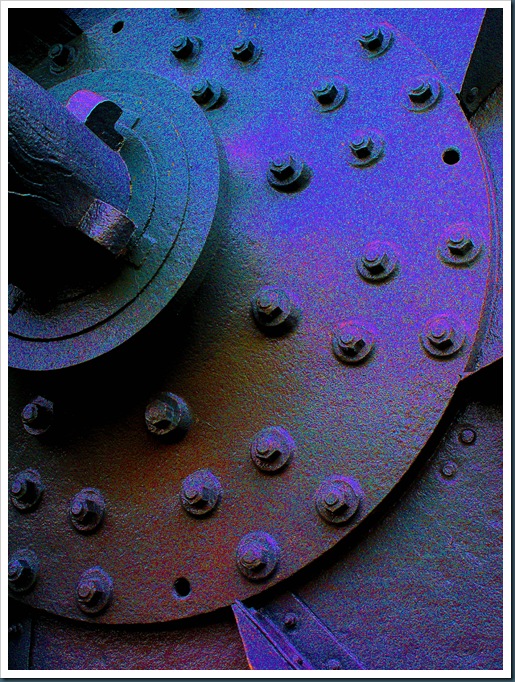 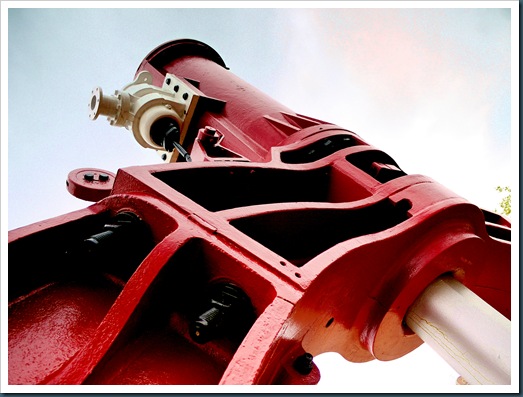 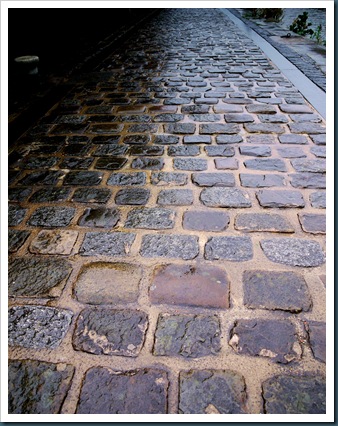 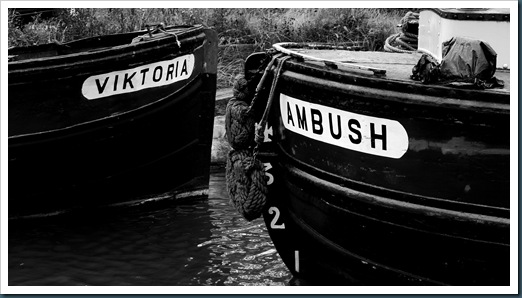 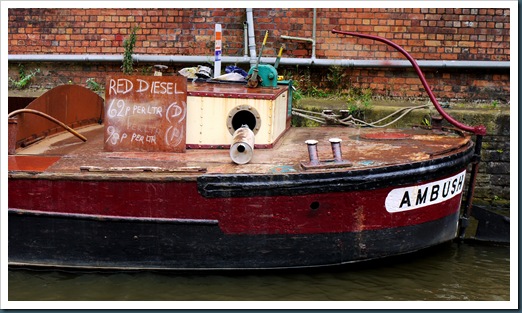 One was used for their extravagant fuel advertising campaign

Tomorrow we’ll be commencing our journey towards Manchester, the next big town on our itinerary …