Monique and I had a stroll into Selby this morning and another wander around the Abbey. I found out a couple of interesting facts that I’d missed on our previous visit:

1/ The Abbey clock is the ‘official’ clock for Selby and has to be wound, by hand, daily. There is an ‘Abbey Clock Winder’ who climbs up 104 steps in the Tower each day to perform his duties!

2/ Fact number two is the purported origin of the American flag. The 14th Century Coat of Arms of the Washington family from the area has three red stripes and three red stars on it and there is a window showing this crest in the Abbey with glass from the 15th Century. It is said that this was what George Washington’s seamstress (Betty someone or other, I forget her name!) used as the model when she was sewing the USA flag.

I have to admit that I was never really into history at school, it always sounded so boring and I just couldn’t relate to it. Maybe it’s an age thing or maybe it’s just having this time out to appreciate such things, but I actually find it really interesting now to learn all these different facts about the country I was brought up in! I think living in New Zealand is a factor too, as there is so little ‘history’ there in comparison to the UK, which is why Barry's a bit of an Anglophile!

It’s been a glorious English summer day today for a change, mostly beautiful sunshine and Monique has even got a little sunburnt. We’ve travelled back along the Selby Canal and onto the River Aire and moored up at Castleford. Tomorrow we’ll take the turn onto the Leeds and Liverpool canal and plan to arrive in Leeds tomorrow evening. 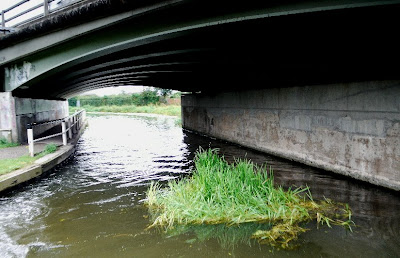 Floating weed on the Selby canal 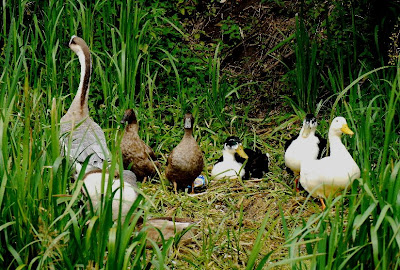 A menagerie of ducks along the canal bank 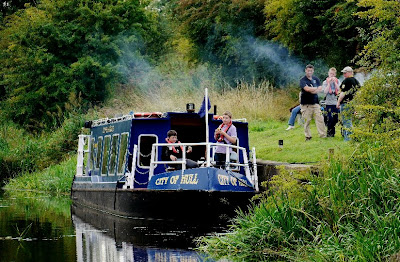 Yaay! Some English sunshine - so it IS a BBQ summer after all!! 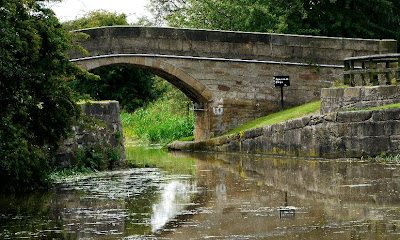 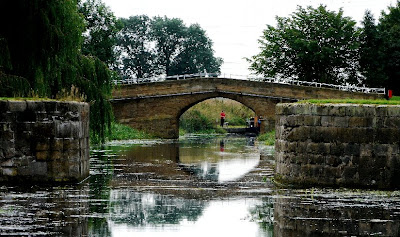 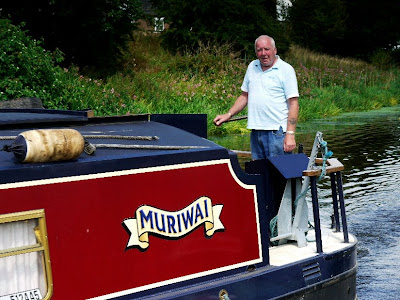 The wide-beamed narowboat that we'd shared Naburn Lock with
Muriwai is a NZ name - there's a town & beach of the same name in our home town of Gisborne, though it's named after Muriwai Beach in Auckland where his sister lives 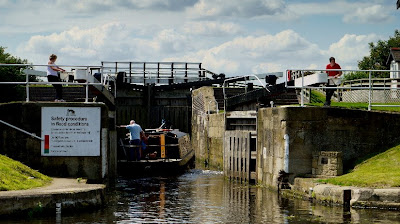 The large lock from the Selby canal to the River Aire A last look at the Selby canal
We met a narrowboater here who said he and friends had come to this part for many years to celebrate New Year, and the boat whose bottom most needed blacking would be the one who 'broke the ice' to lead the way! 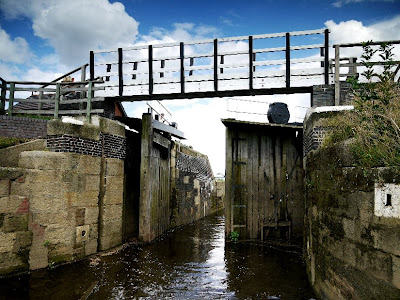 Through the huge gates, the river is quite low currently so we can't have had that much rain really! 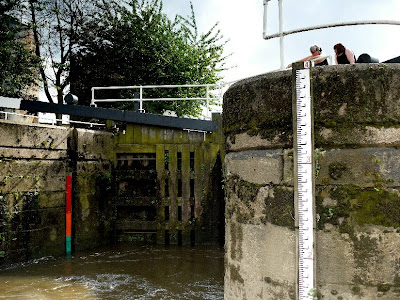 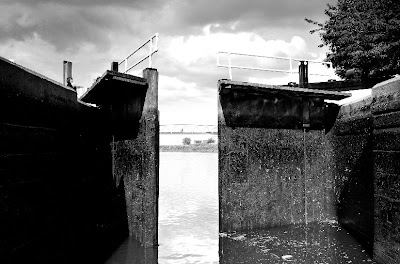 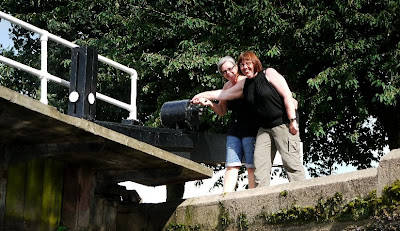 The latest cache of lock girls! 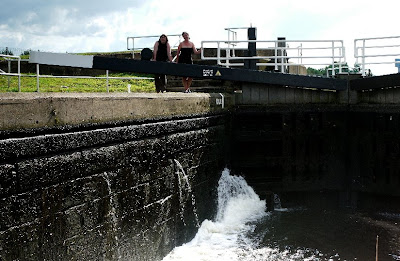 Taking a rest waiting for the lock to fill 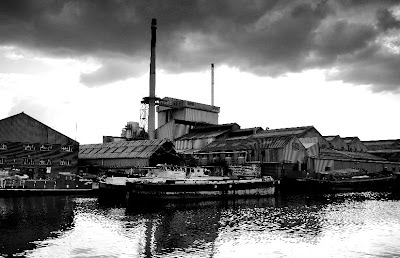 The Dutch Barge builder's where the boat we shared the Naburn lock with was made - the one out of the water would apparantly set you back 250,000 pounds! 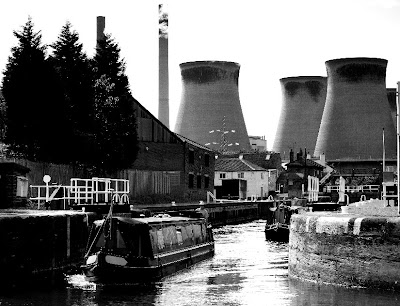 Heading to Castleford - we were told there were some youths throwing bricks from one of the bridges, but they must've got bored by the time we went through! 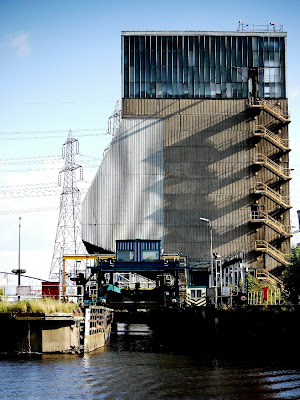 Crikey, it's very industrial around here! 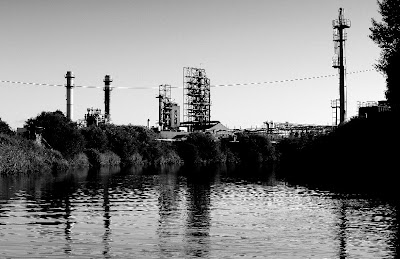 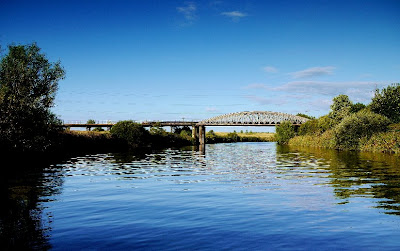 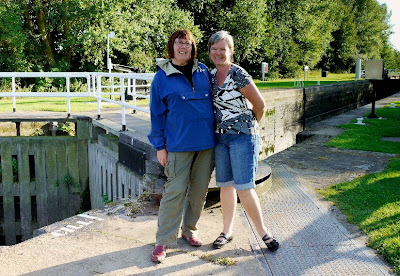 Last lock of the day 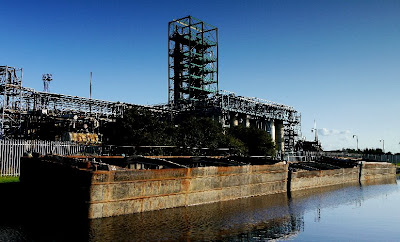 Our mooring for the night just outside of Castleford
We had a pleasant evening on the boat, drinking Barry's boat-made Pina Colada and enjoying a Thai chicken red curry, but it all turned a little sour when Barry and Monique tried to teach Sandra how to play '500', a very popular card game in New Zealand. The 'experts' did their best, but Sandra was tired and hormonal and just couldn't make sense of the 'rules' which appeared nonsensical - maybe it was the two Pina Coladas that had stewed her brain! Apart from that little episode, it's been a perfect day on the riverboat.
Posted by Northern Pride at 19:17