Up shit creek without a piddle!

One of the problems of living on a narrowboat is that you have to rely on services such as pump-outs. Our toilet had a red 'full' light showing on Saturday night, and the pump-out at Coventry needs a British Waterways token to work – ours was unfortunately empty so we were a little stuck! We had to cross our fingers (and legs!) that we would find a pump-out as soon as possible once we had got up the Coventry canal or things were going to get very messy!! 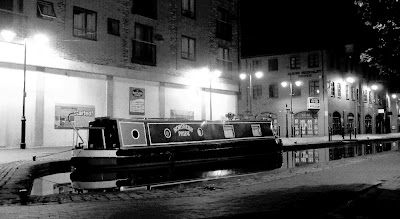 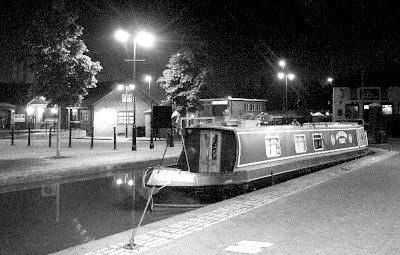 Our mooring in Coventry - very quiet, only ever two other boats there 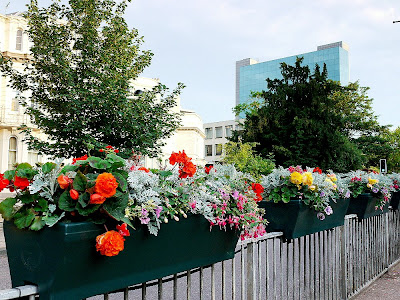 They're trying their best to make the place look good, but it's still Coventry! 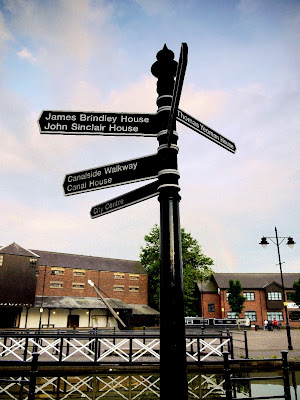 Signpost at the basin 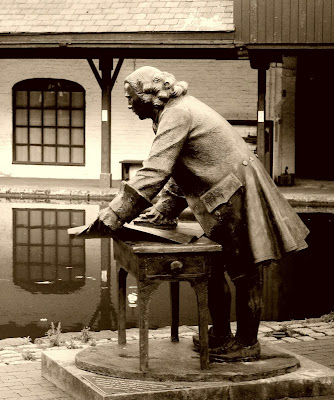 One of only two statues of James Brindley, father of the canal system. He started building the Coventry Canal in 1769, the same year Captain Cook discovered New Zealand 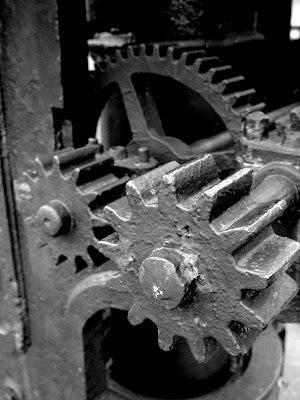 Cogs from a two hundred year old crane at the basin 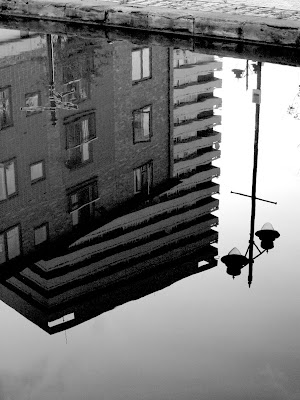 Reflection contrast between the old and the ugly 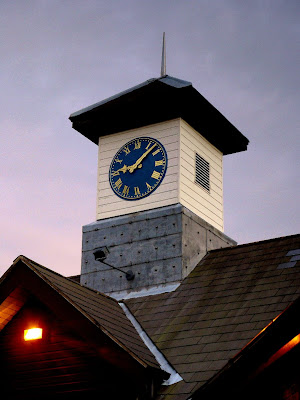 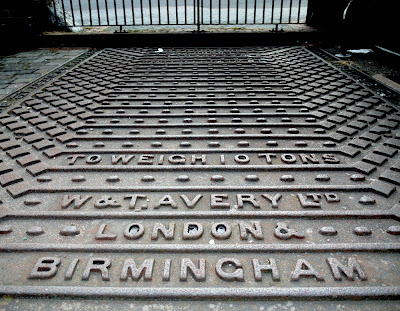 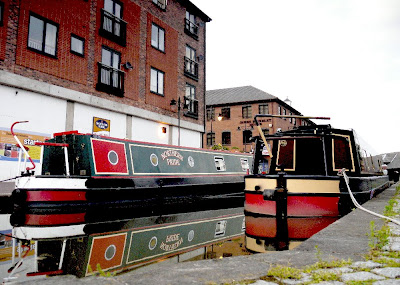 A neighbour for the second night - Dutch hirers I think! 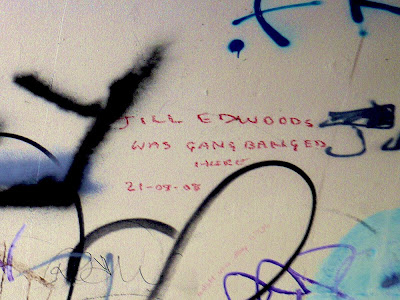 On the way out of Coventry we found the bit of Graffitti mentioned the other day. Got the name wrong, it was 'Jill Edwoods' 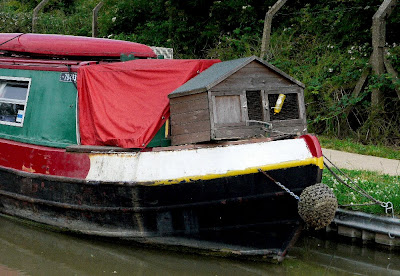 A boat with what looked like a rabbit hutch or chicken coop!! 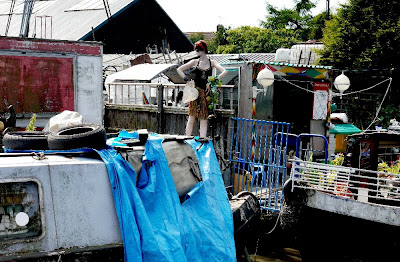 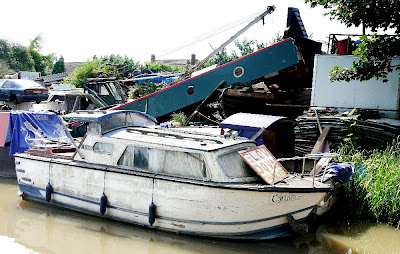 A boatyard/junkyard at Charity Dock. The sign on the boat says slow down, "I don't think so..."
To our enormous relief, we found a pump-out at Nuneaton; a very friendly place called ‘Star Line Boats’, and not too bad a price at £14. We had a good chat with the two chaps there who told us about how the narrowboat building industry is literally ‘going to the dogs’ due to the recession here and they have had to lay off 30 of their workers – very sad. 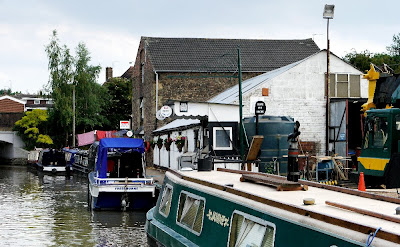 Star Line Boats
The canal from Nuneaton onwards goes through some pretty countryside, and we stopped for the evening near a pub – we haven’t found a supermarket anywhere close to the canal for a few days, and we're running out of supplies so decided to to have a treat and eat and drink out for a change! The weather's been lovely and hot (very happy that I managed to get 4 strapless tops and 2 dresses for less than £22 at Primark this morning – what a bargain!!), and remains humid this evening so we're making the most of it. 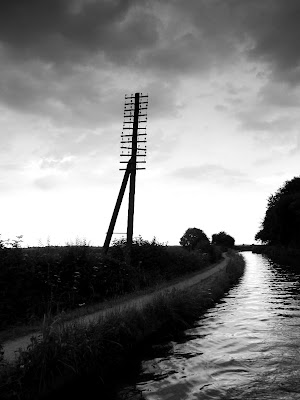 Remains of an old telegraph system
We had a good meal at The Anchor Inn just outside of Atherstone, a little place called Hartshill - £2.99 for a chicken curry and rice, £3.99 for a lamb burger and chips, possibly cheaper than cooking yourself! And a lovely little place, with very friendly staff for a change - always a bonus in England! 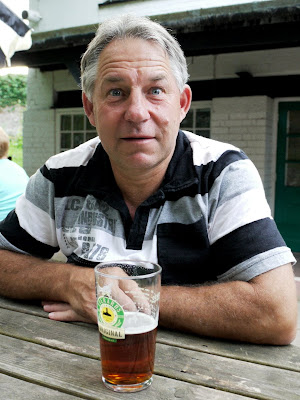 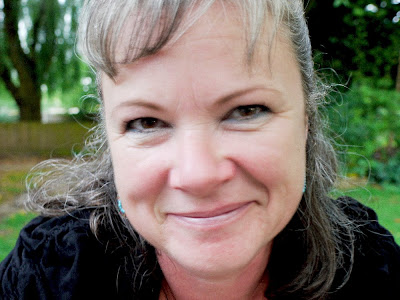 The beer's working, Sandra's getting blurry 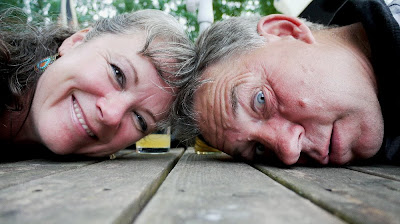 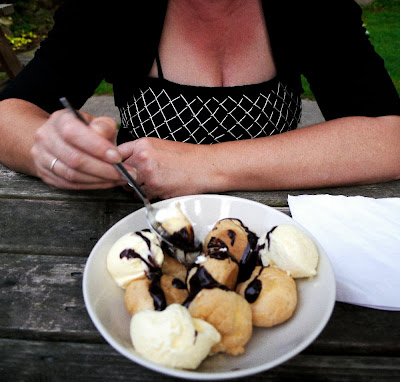 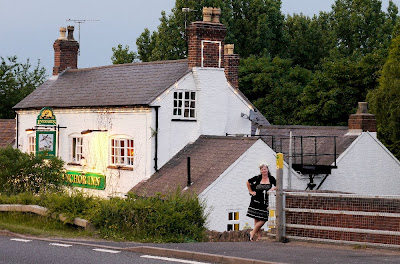 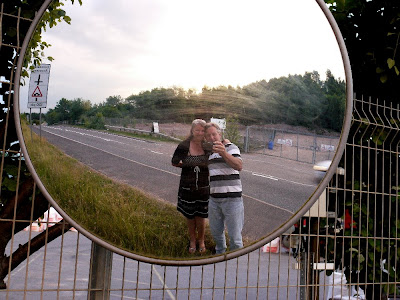 Another 'photo together' opportunity. The road mirror at the quarry over the canal from the pub 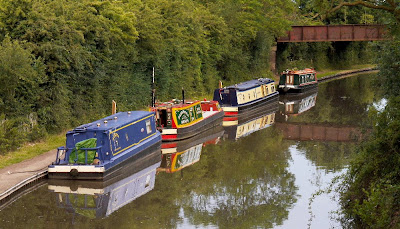 Northern Pride at the far end, by the disused railway bridge 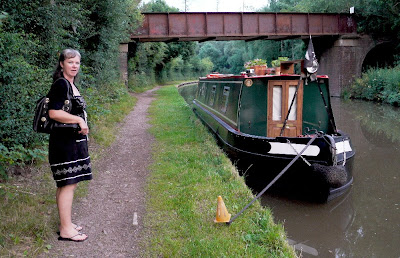 Lovely mooring, until 6am this morning when the quarry rock crunching machines started!
Posted by Northern Pride