Onto the Grand Union Canal ...

Barry went off for a scout around the area this morning, not a lot to see. I spent the morning catching up on emails and letting everyone know about our change of English wedding date from early August to late September due to our delayed journey. 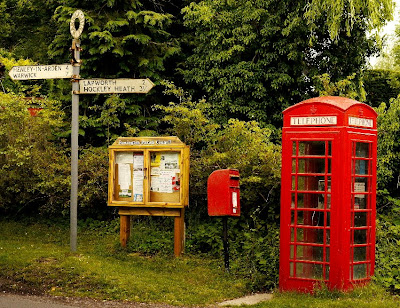 Barry found 4 old fashion forms of communication all in one place - sign, noticeboard, postbox and public telephone box!
We thought we’d have a treat at lunchtime and give me time off for good behaviour and eat out at the pub opposite (the Fleur de Lys at Lowsonford). Unfortunately, though it’s a lovely looking pub with a fabulous garden area, we were extremely disappointed with the price and quality of the food. However, on talking to fellow boaters they said loved their meal, in spite of being shocked at the extortionate prices, so maybe we just made bad choices? Anyway, with typical Britishness, I ate my dried out ‘Matador’ pie (£9.35!!), that had 2 tiny pieces of beef in it, and didn’t complain. But then no-one came and asked us how the meal was – I’m sure we would’ve told them if they had! Barry’s Cajun chicken baguette (£5.95!) was tasteless with a scrawny bit of lettuce and red onion. Ah well, the Pimms and lemonade with strawberries in (£4) was delicious! That’s our treat for at least the next week; let’s hope next week’s is a little better! 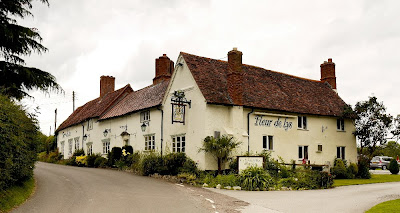 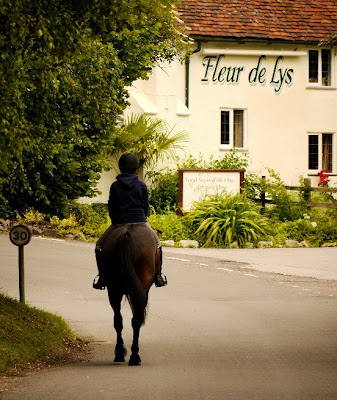 Bit of a one horse town!

I had a lovely surprise on the walk to the pub, the boat that moored up behind us had an old friend on board, a midwife I used to work with on the labour ward at Good Hope, Sue Hill. I haven’t seen her since 2001 when I left, and it was such a treat to see her looking so happy. She was such a calm and reassuring presence to all the midwives, students and women there – a good midwife truly is a treasure, I hope they have some like her still there today; she left in 2003 and is happily retired and recently married which is excellent news … 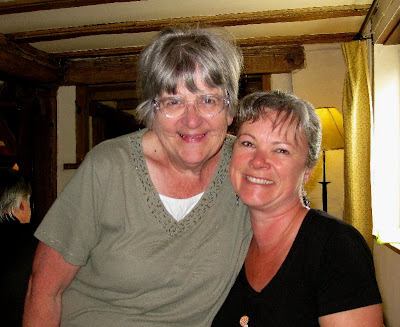 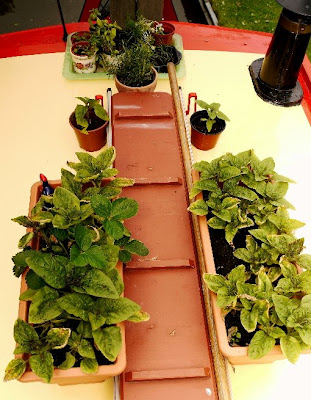 Sandra's herbs, sunflowers and strawberries doing well on top of the boat
More locks today, I think we did about 9 or 10, the Birmingham area is full of them unfortunately! I need to get to a train station as I’m off to Sutton Coldfield on Saturday to go to a Ball at a posh hotel with some friends – the 50th anniversary of my old grammar school which should be fun. I’ll be leaving Barry alone for a weekend’s peace as no-one is taking partners, it would be terribly boring for them. 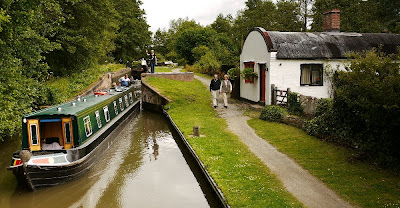 The barrell roofed cottages on the Stratford canal were made by the workers who built the canals. They didn't know how to make proper roofs but knew how to build bridges and tunnels, hence the shape 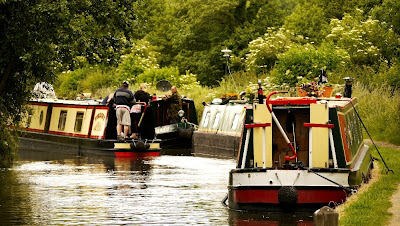 We got stuck behind a couple of other boats so all the locks were against us which always makes for slow motoring ... 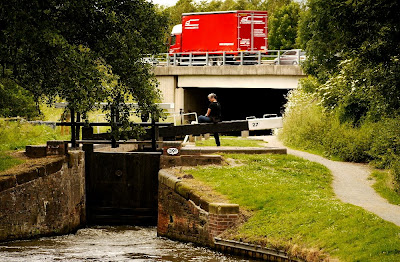 Going under the M40. Oh how the other half have to live - shame for them! 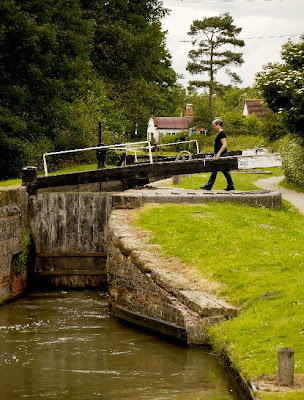 Sandra did most of the locks today 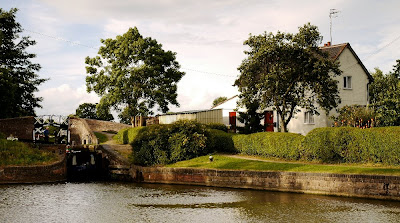 Lapworth Basin on the junction of the Stratford, Birmingham and Grand Union canals

We've now changed to the Grand Union Canal, heading towards Warwick where we hope to visit the castle one day next week, though we're not sure we'll pay to go in, but may just look at it and take photo's from outside the castle walls!
Posted by Northern Pride