Too busy in Braunston 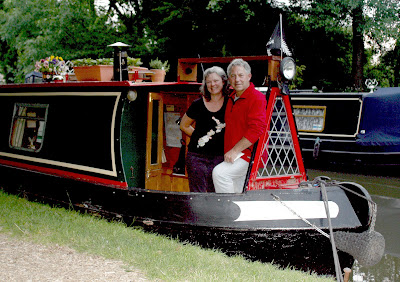 A photo taken by a local photographer, John Garghan (http://www.johngarghan.co.uk/) who stopped to chat when we were at Lapworth and he was searching for another narrowboat -'noproblem' whose blog he follows - now he's following us too!

Thursday 25 June
We didn’t get out of bed until 10 o’ clock this morning, goodness me! How on earth will we go back to ‘normal’ life when we return to New Zealand?! So we didn’t set off until around midday, following a bacon sandwich for breakfast - bliss.

It really is a very pleasant existence living on a narrowboat, getting up when we feel like it, moving as far as we have the time and inclination or staying put if we fancy it. Though you can't get anywhere very quickly, that's the whole beauty of it! Of course it does help to have 6 months to wander at will, it's not so relaxing if you have to get somewhere in a hurry! 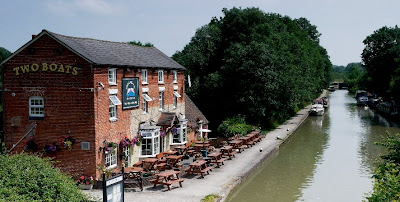 The 'Two Boats' pub that we drank at on Wednesday evening
There were quite a few locks to get through once more, but we did manage to double up this time which certainly helps to reduce the workload. Our first double ups were a family of mum, dad, daughter and grandad. I loved the daughter who, when I said we were having an English wedding and my 50th birthday party all on the same day in September, said she couldn’t believe I would be 50 – she thought I was only about 30! Must’ve been because I had my ‘Barry’s Riverboat’ cap on and glasses, so she couldn’t see the grey hair and wrinkles! Barry says she probably thought I was on the boat with my father, haha, very funny! 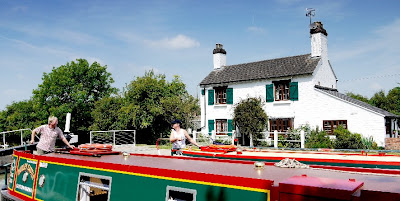 Chatting with 'dad' on the double up in the lock 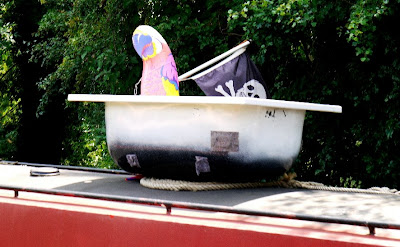 Bizarre what some people have on top of their boats! 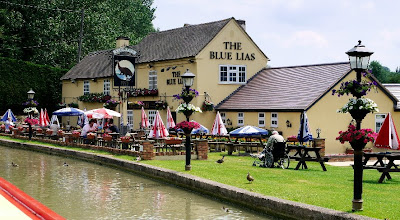 The family on our double up boat moored up here for lunch - looked lovely but we'd only just set off!

Lots more locks to go yet ...
The next boat we shared with was a ‘traditional’ narrowboat on their way to a working boats' gathering at Braunston, where about 50 working boats will be on show. They told us a story of how the canals around Stratford almost weren’t rebuilt as the people there didn’t want them – they lower the tone of the area, don’t you know! But one of the supporters of the canals managed to get himself a Lord Mayor position so of course he got the canals in – good for him! That has been my motto many times in my midwifery career, 'if you can't beat 'em join them and infiltrate and influence from the top'! 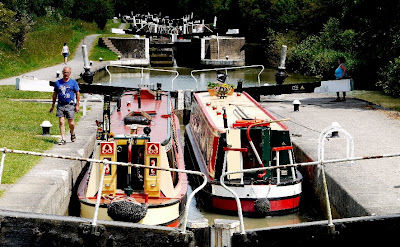 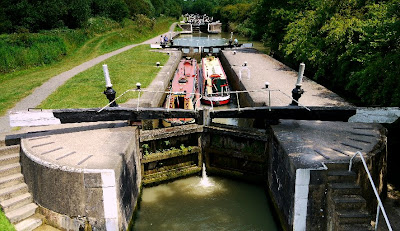 Snug as bugs in a rug! 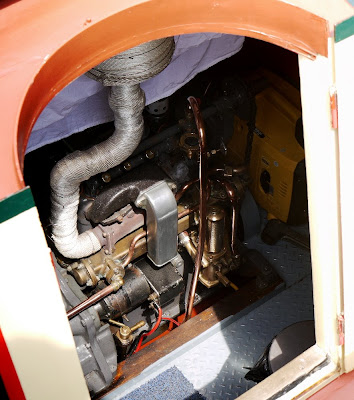 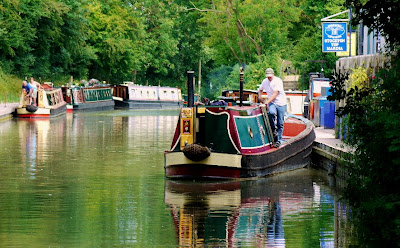 A working boat on their way to Braunston. One of the men on board has come over from Florida specially for the festival, he's originally from Wales and has just bought a very old working boat to 'do up'. He knew the people in the Traditional narrowboat - he'd sold them a working boat when he was 14 and hadn't seen them since, some 20 years ago! It's a small world on the canals ... 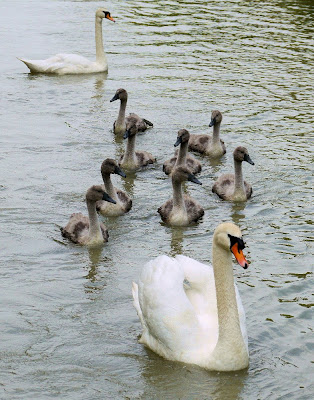 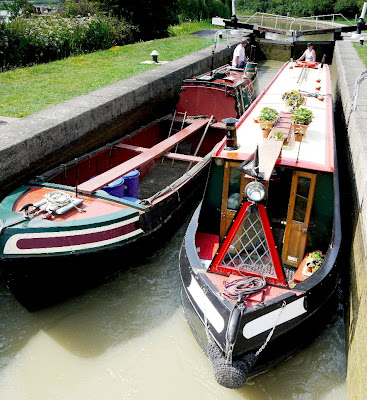 Front view of the Traditional narrowboat and little Northern Pride, bless her! 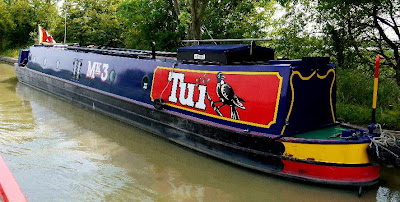 Specially for Keith, Graeme and Gary and anyone else who drinks Tui in NZ - the bloke on board was English but goes to NZ regularly! 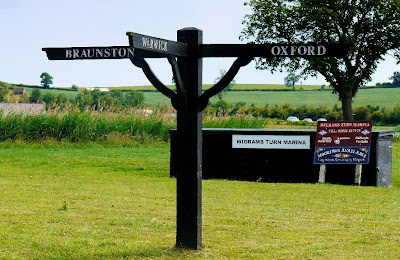 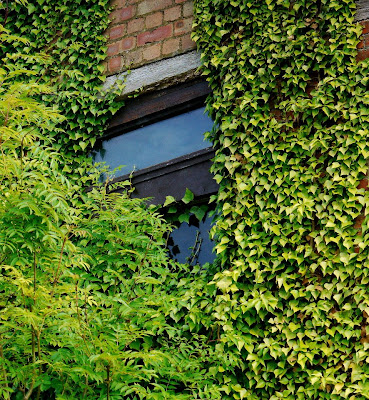 There can't be much light coming in through this window! 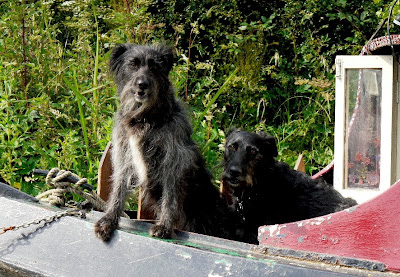 Lots of narrowboaters have dogs on board - very 'English'! 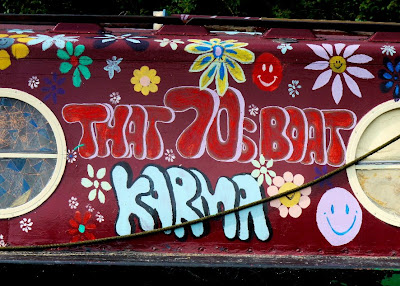 A real peace & love boat!!
We consequently didn’t stay in Braunston which was our original plan, as it was packed full of boaters there for the gathering. So we carried on until almost reaching Rugby, not stopping until after 8pm. Barry went for a bike ride to explore the area as usual ... 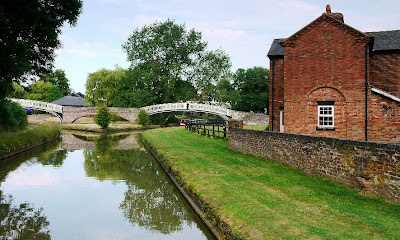 Coming to the Braunston Junction 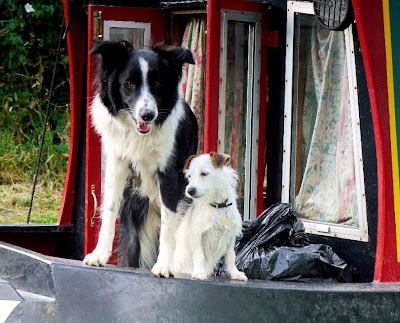 Our only look at Braunston which is a shame as there is supposed to be a 'fine selection of old buildings ...' there 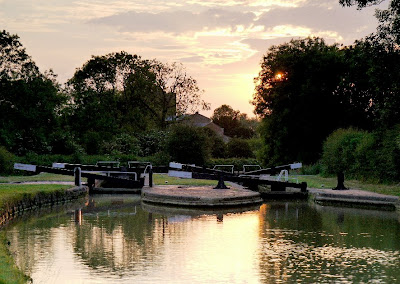 Twilight at the double locks coming into rugby 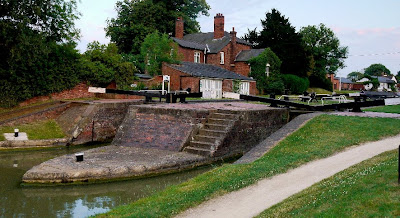 Looks like a tongue sticking out of the locks!
Some images of two very picturesque working boats Barry found just outside of Rugby who will be going to Braunston in the morning ... 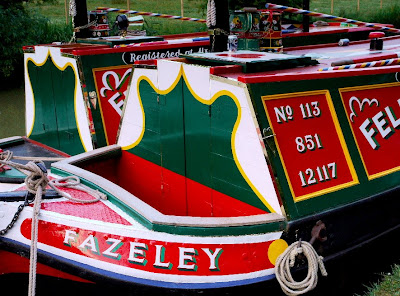 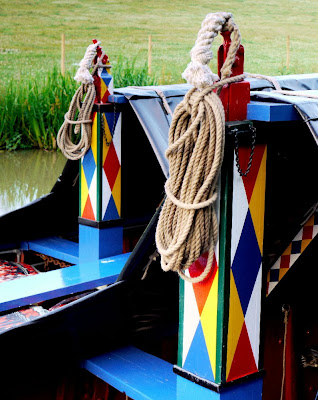 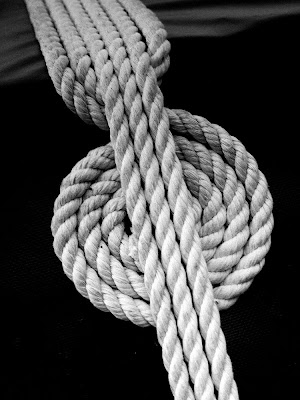 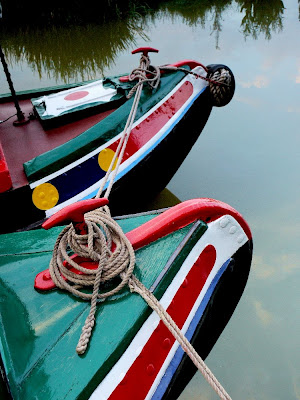 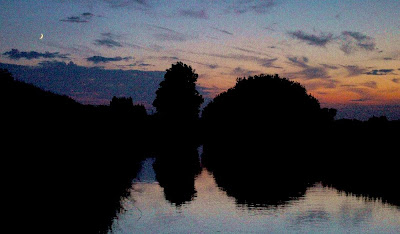 A sliver of moon at sunset from the front of the boat - just beautiful, oh happy days ...
Posted by Northern Pride